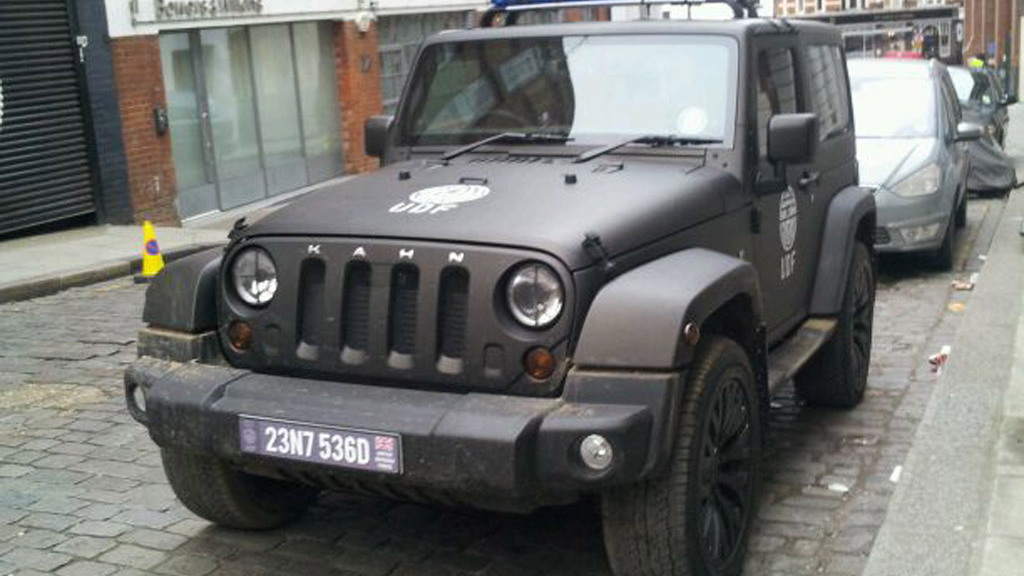 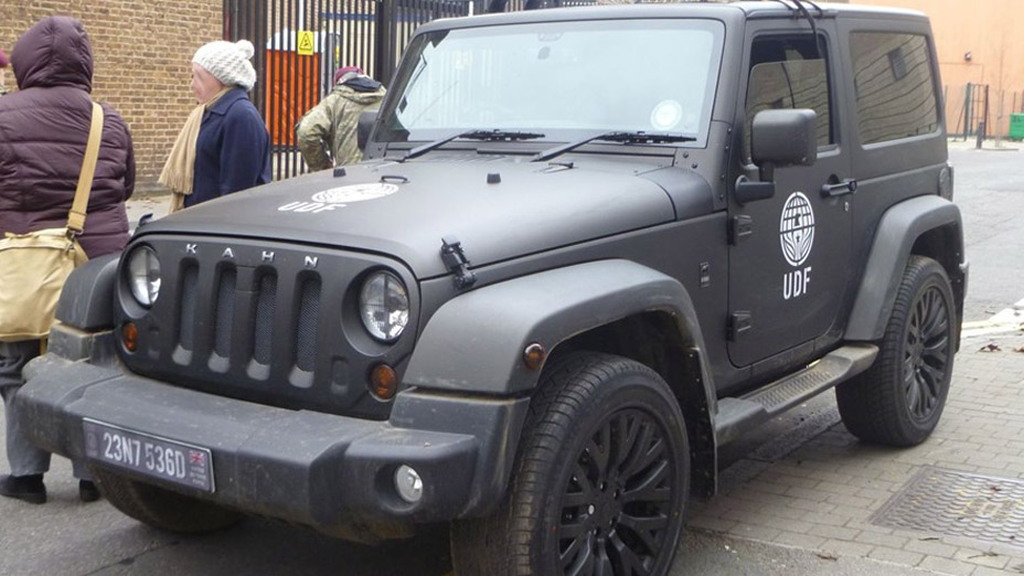 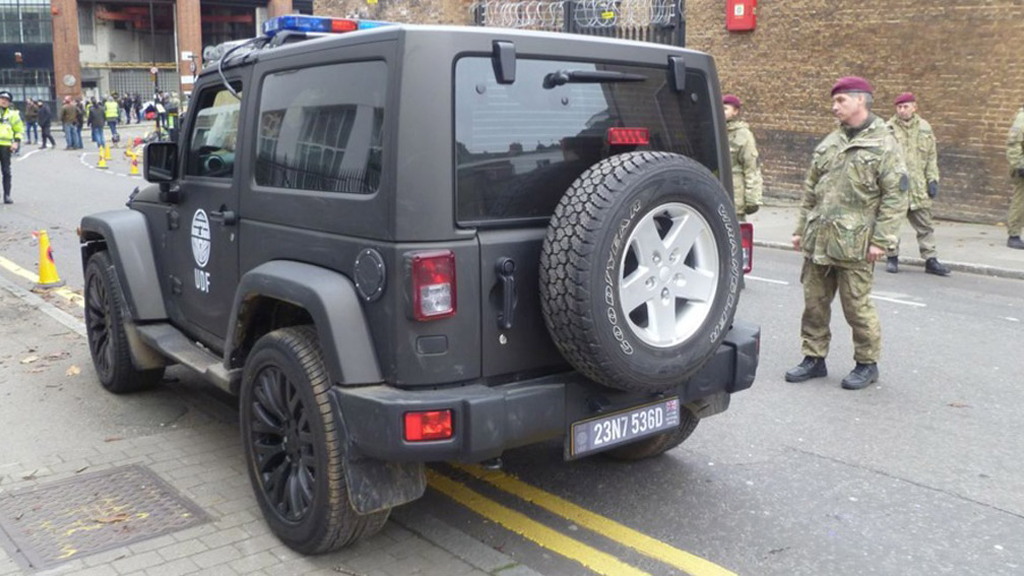 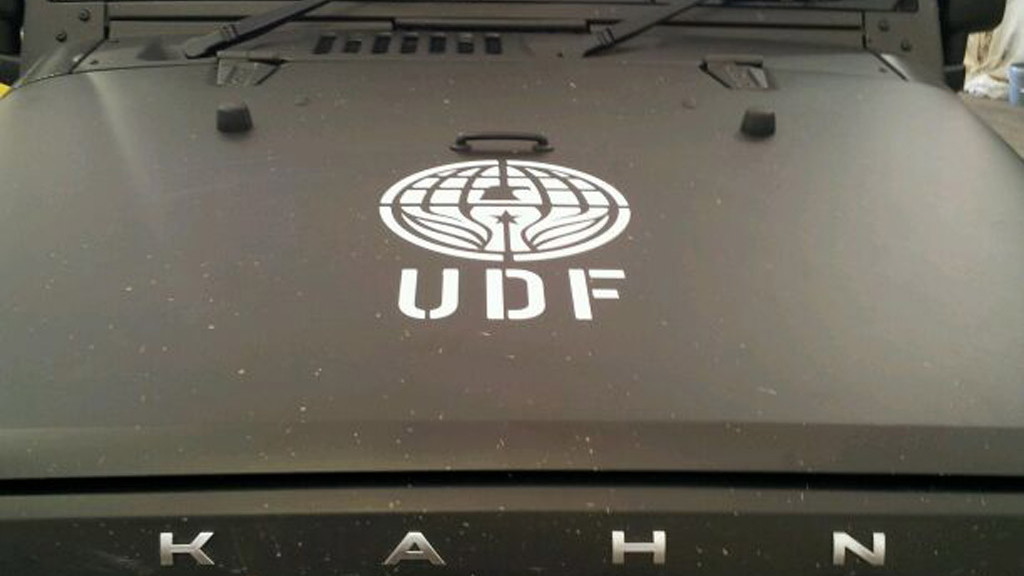 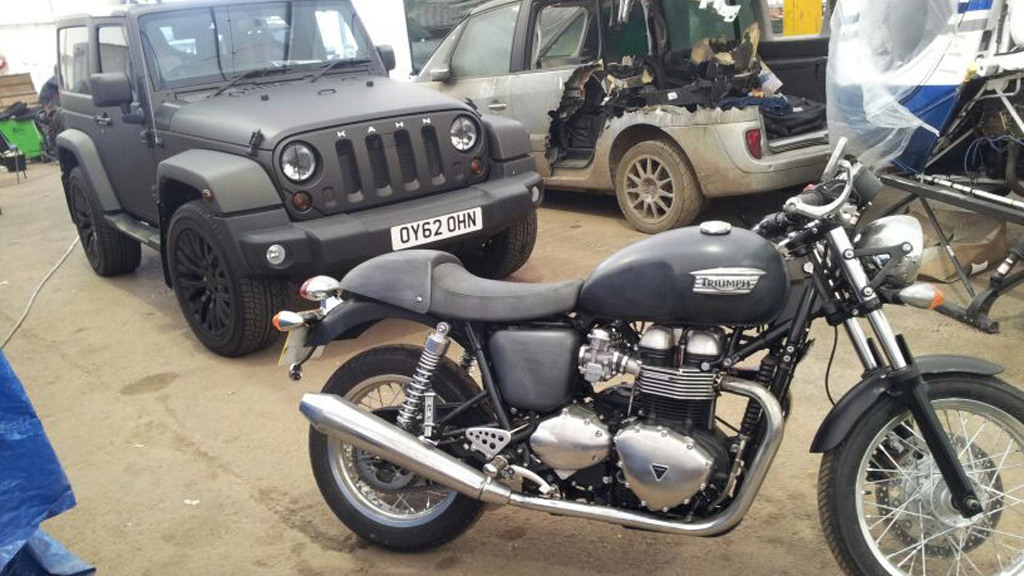 We’ve seen and heard a lot about all the cars featured in the latest Transformers movie, Transformers: Edge of Extinction, but now we have details on a very special vehicle that starred alongside Tom Cruise in the latest sci-fi flick Edge of Tomorrow.

That vehicle is a bespoke Jeep Wrangler, built by British tuner and coachbuilder A. Kahn Design.

The vehicle was built by A. Kahn’s Chelsea Truck Company, which specializes in off-road vehicles, and is known as the CJ300 LE. It’s based on a diesel-powered Jeep Wrangler Sahara but features a number of upgrades including a satin exterior finish, crosshair headlights, a custom grille and Kahn-designed wheels.

The requirement for the movie was a military-esque vehicle, and after one look at the CJ300 LE the producers were on the phone to A. Kahn Design requesting to have the vehicle in a starring role.

These photos were taken on the set of Edge of Tomorrow and show the vehicle just before it was used during filming of a crucial scene. We won’t ruin the movie for anyone that’s yet to see it, but in it Tom Cruise’s character William Cage needs to roll under the Jeep as it passes by. Already, the gasp-worthy scene has proven a significant talking point among commentators and movie reviewers.