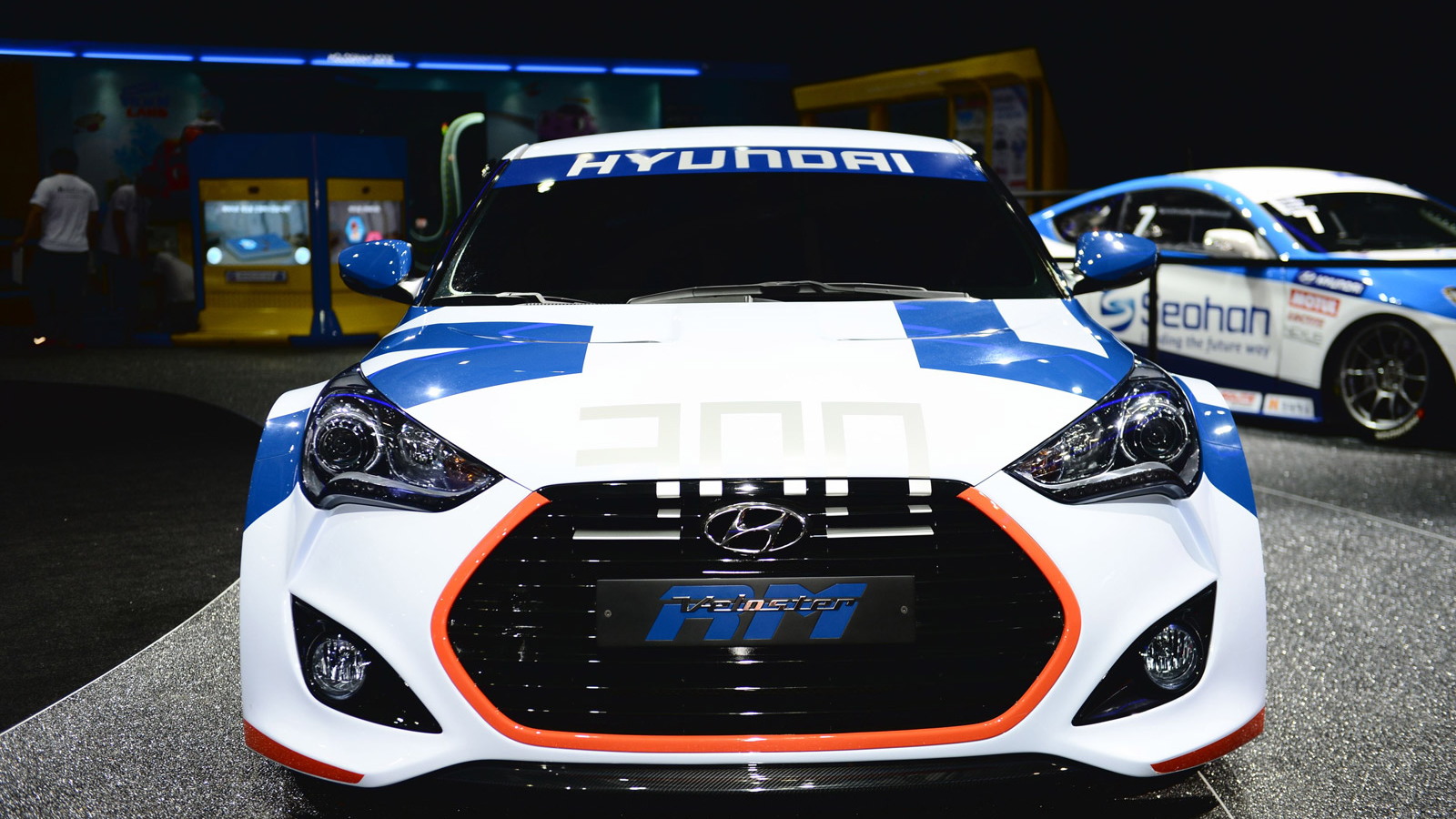 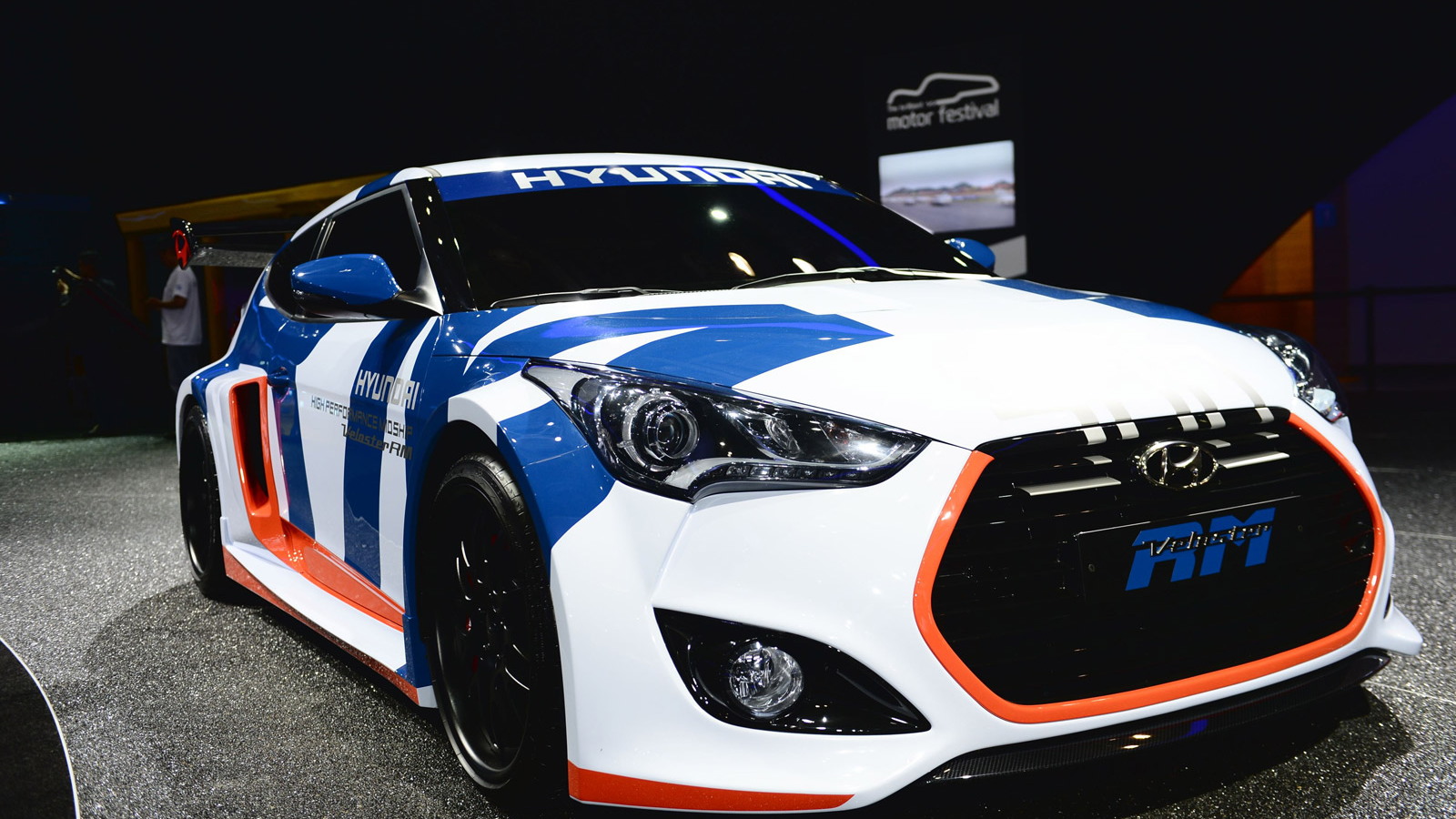 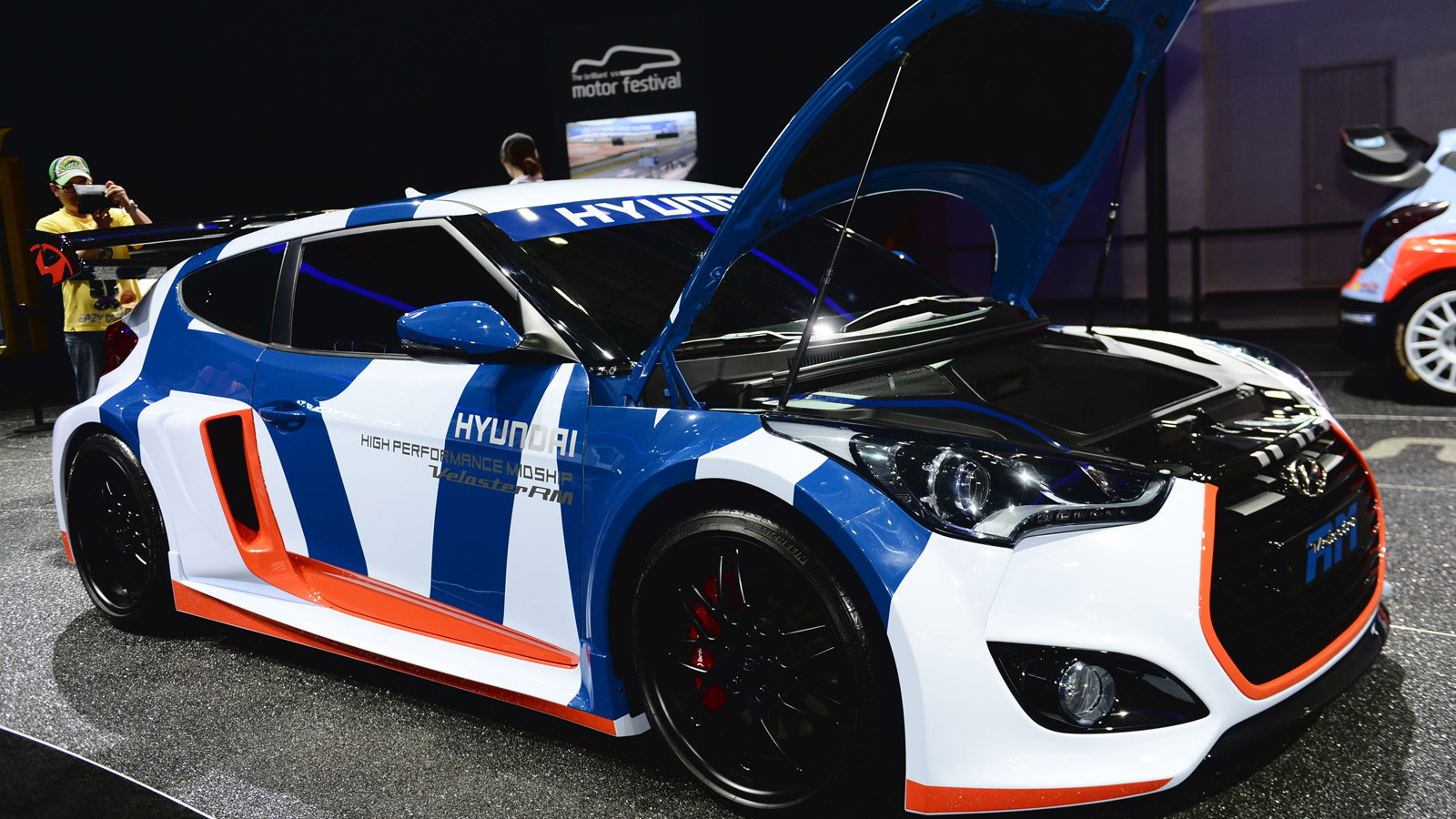 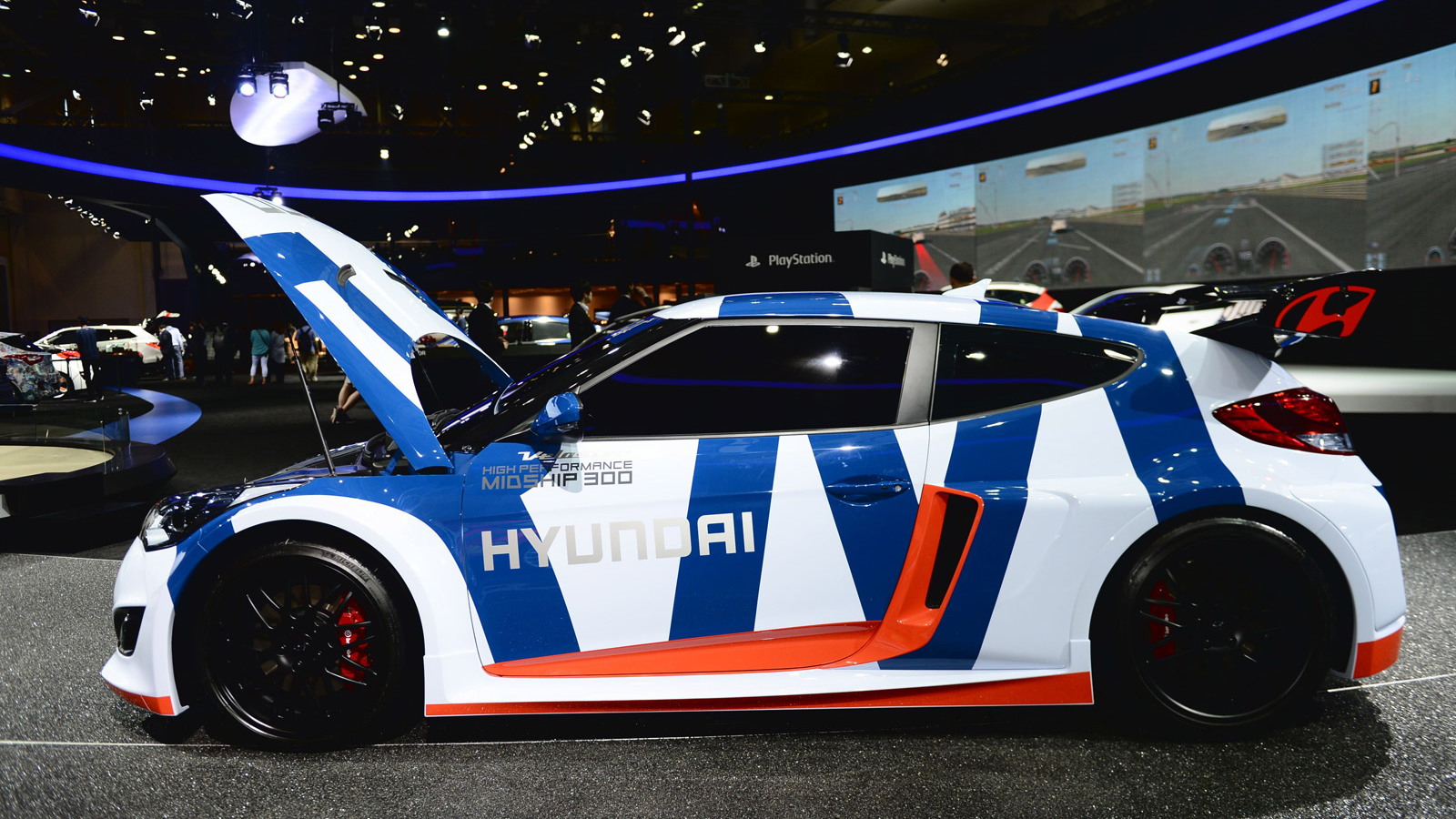 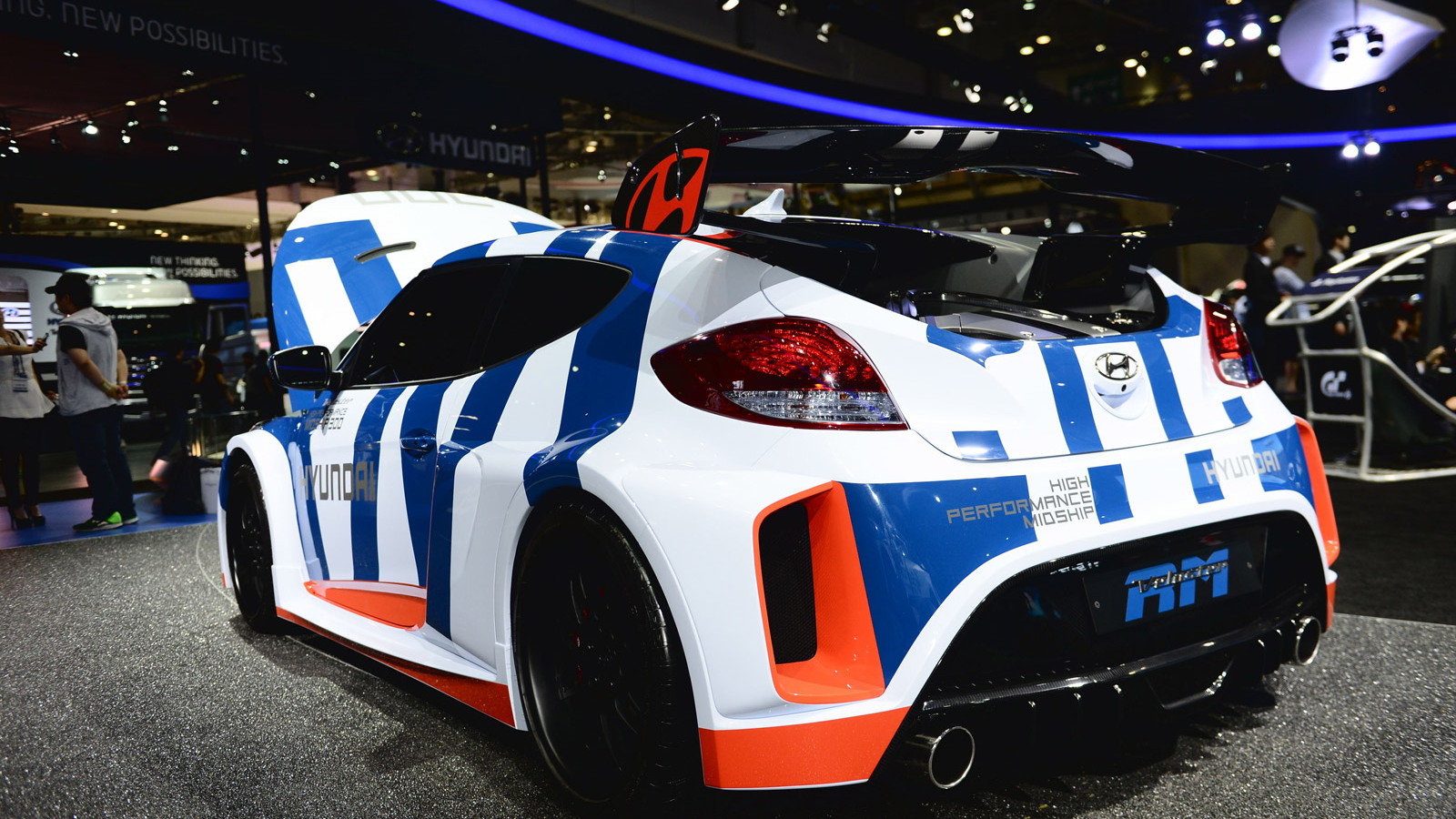 12
photos
At the 2014 Busan Auto Show in South Korea yesterday, Hyundai revealed a radical race car concept based on its Veloster sports car as well as a new luxury sedan codenamed the AG. The concept is the Veloster Midship, which as its name suggests is a mid-engined version of the Veloster sports car. The AG, meanwhile, is a new luxury sedan sharing a platform with the Azera and destined to be sold in Hyundai’s home market only.

The Veloster Midship is powered by a turbocharged and direct-injected 2.0-liter four-cylinder engine rated at 300 horsepower. The engine is located behind the occupants and within the wheelbase, and spins the rear wheels only.

Other upgrades include reinforcements to the Veloster chassis, the addition of lightweight aluminum suspension components, and a motorsport-inspired aero kit. That kit is fully functional by the way. In fact, the concept was developed primarily by Hyundai’s WRC team based in Germany and is said to offer ideal weight distribution and handling balance through corners.

Sadly, there are no plans to put the Veloster Midship into production. Hyundai says it was developed only as a means to explore possibilities for the Veloster chassis. The good news is that Hyundai is working on an updated version of its Veloster and it’s likely we’ll see some of its elements borrowed from the Veloster Midship concept.

As for the AG, it is a large, front-wheel-drive sedan positioned between the Azera and new Genesis in Hyundai’s sedan hierarchy. It’s set to go on sale in Korea in the second half of the year and is expected to be powered by a 3.0-liter V-6 engine in base trim.

Hyundai is launching the new AG to help claw back sales from established luxury makes such as Audi, BMW and Mercedes-Benz—reduced  tariffs and free trade agreements have seen sales of imports grow by 27 percent this year. The AG’s expecting pricing in Korea will see it compete with the likes of the A4, 3-Series and C-Class.