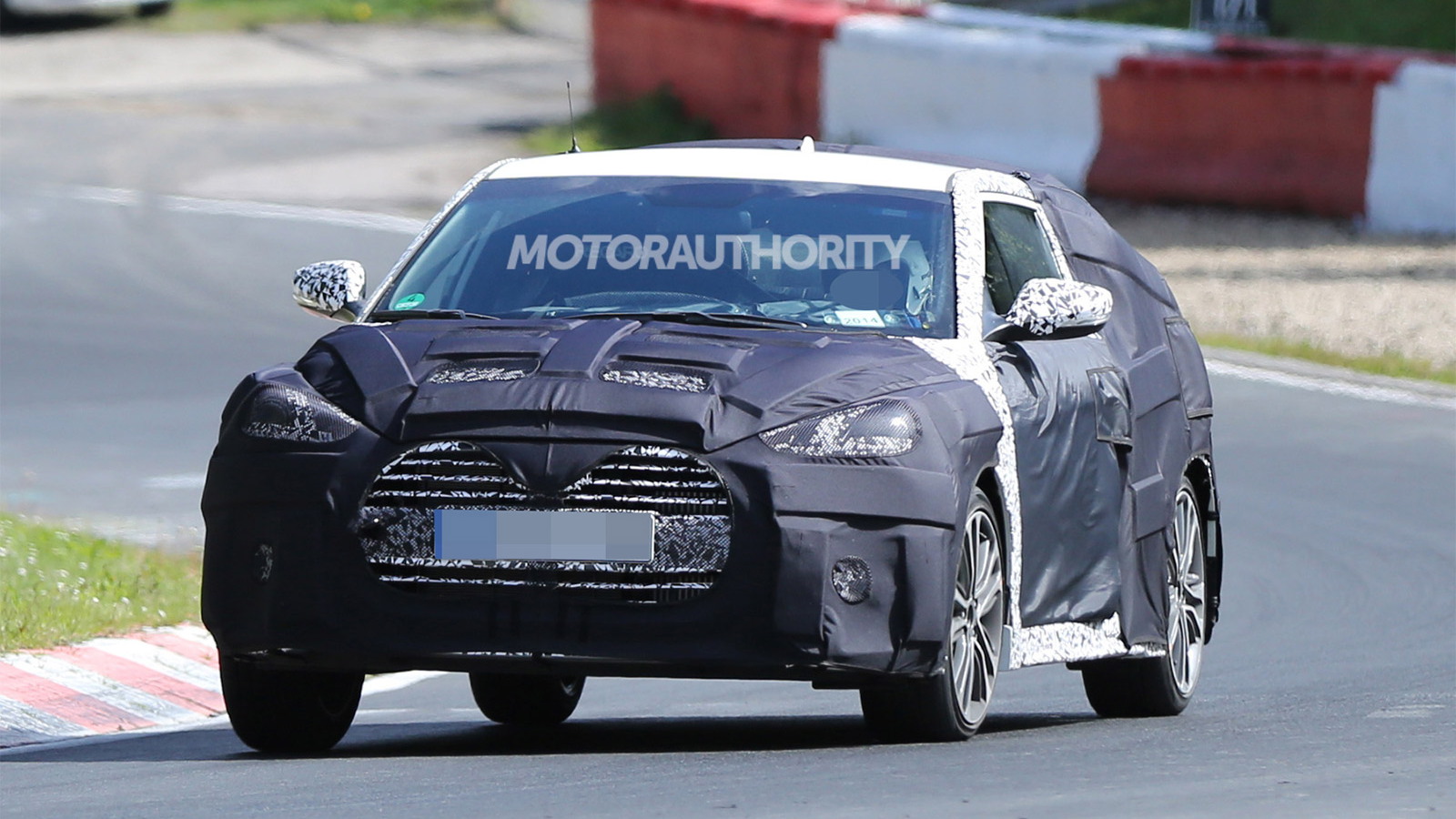 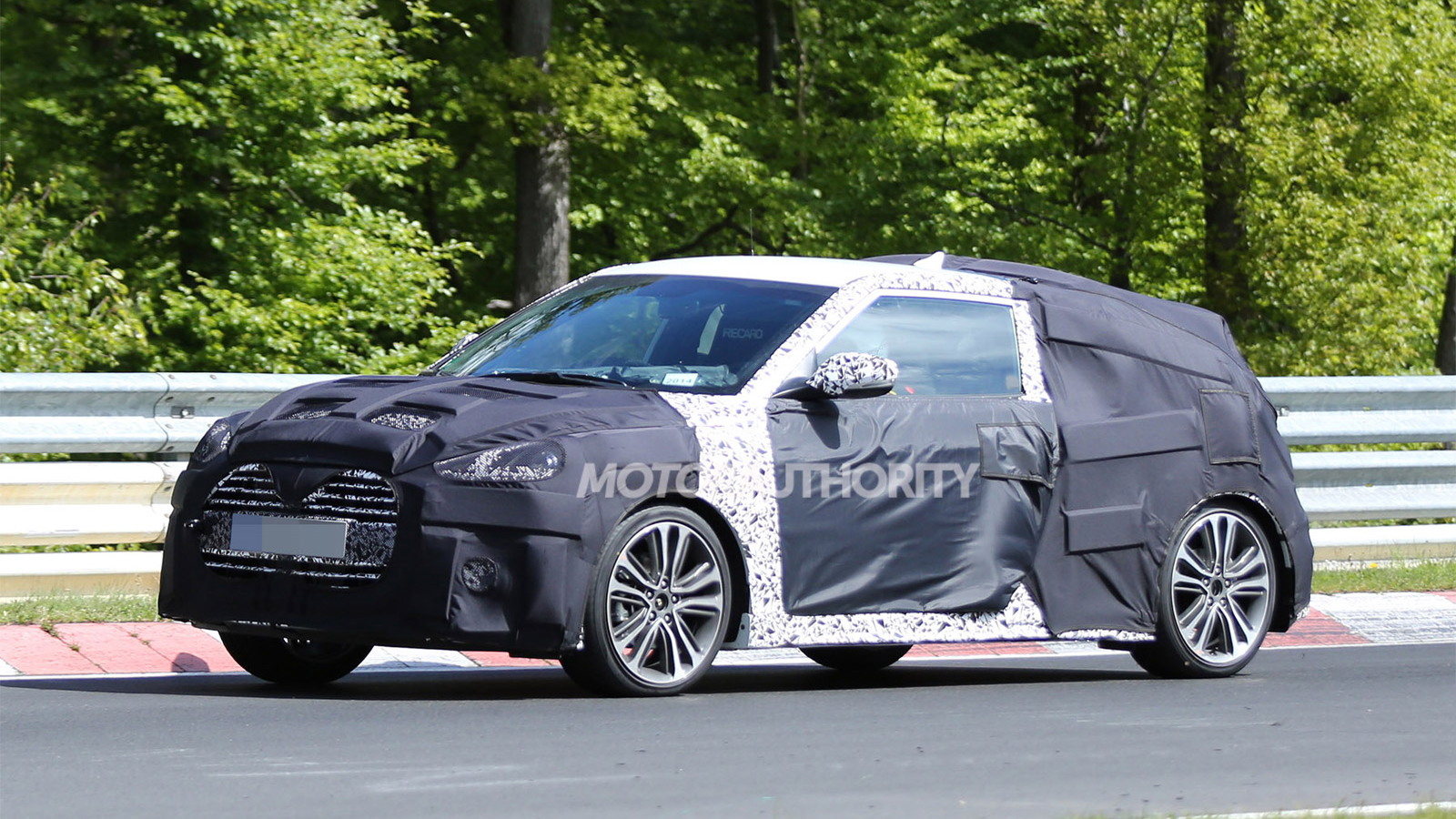 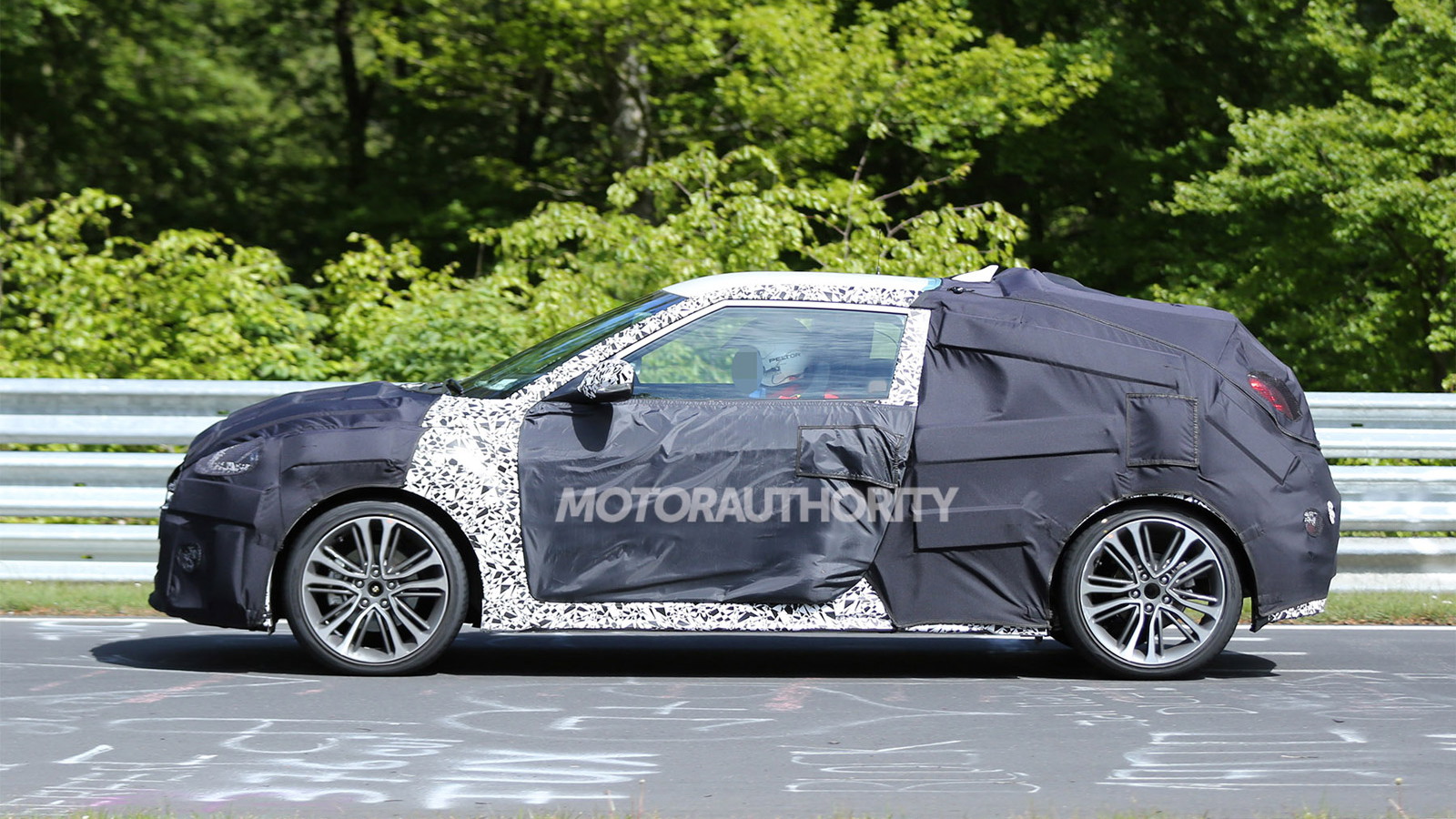 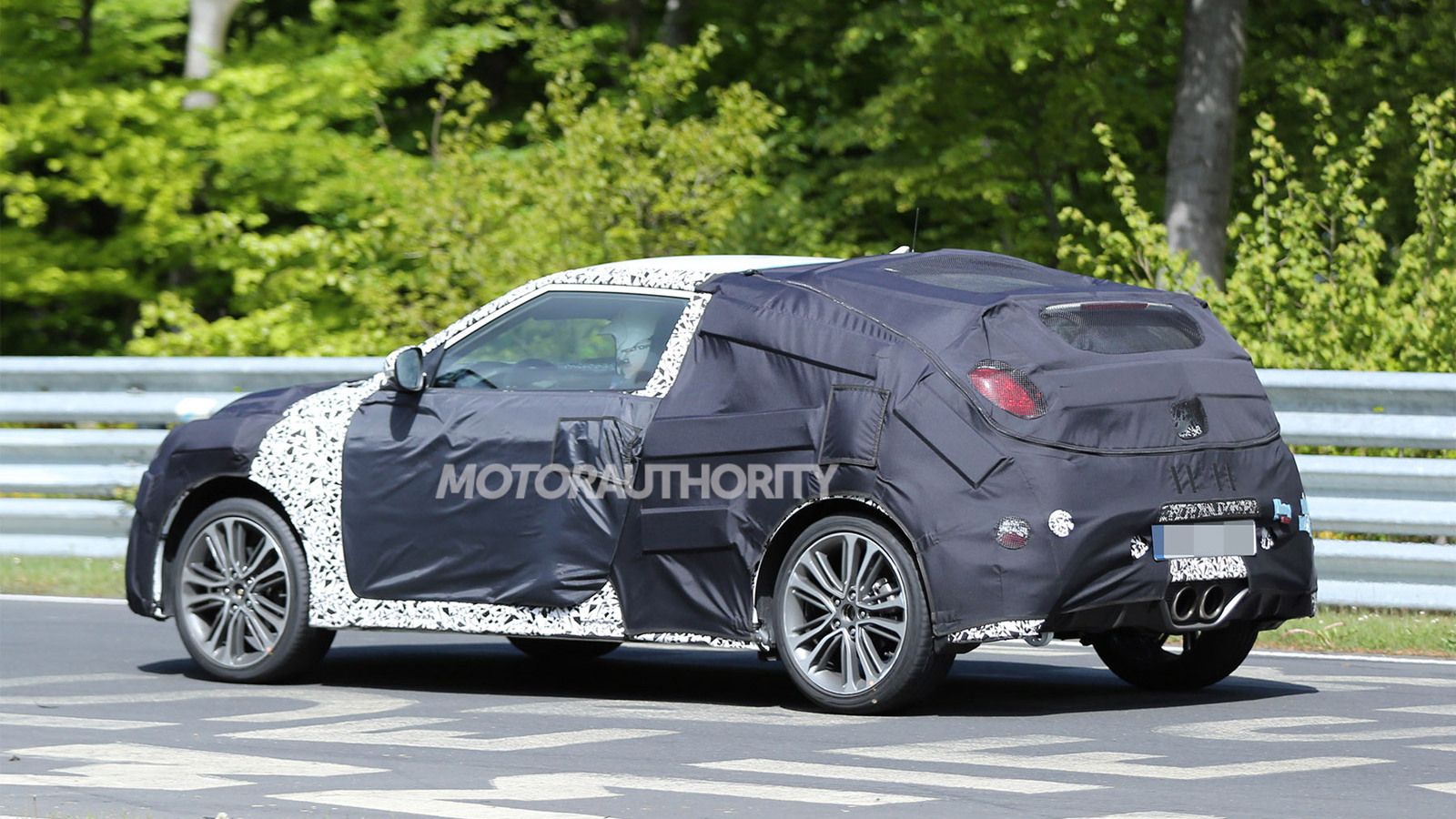 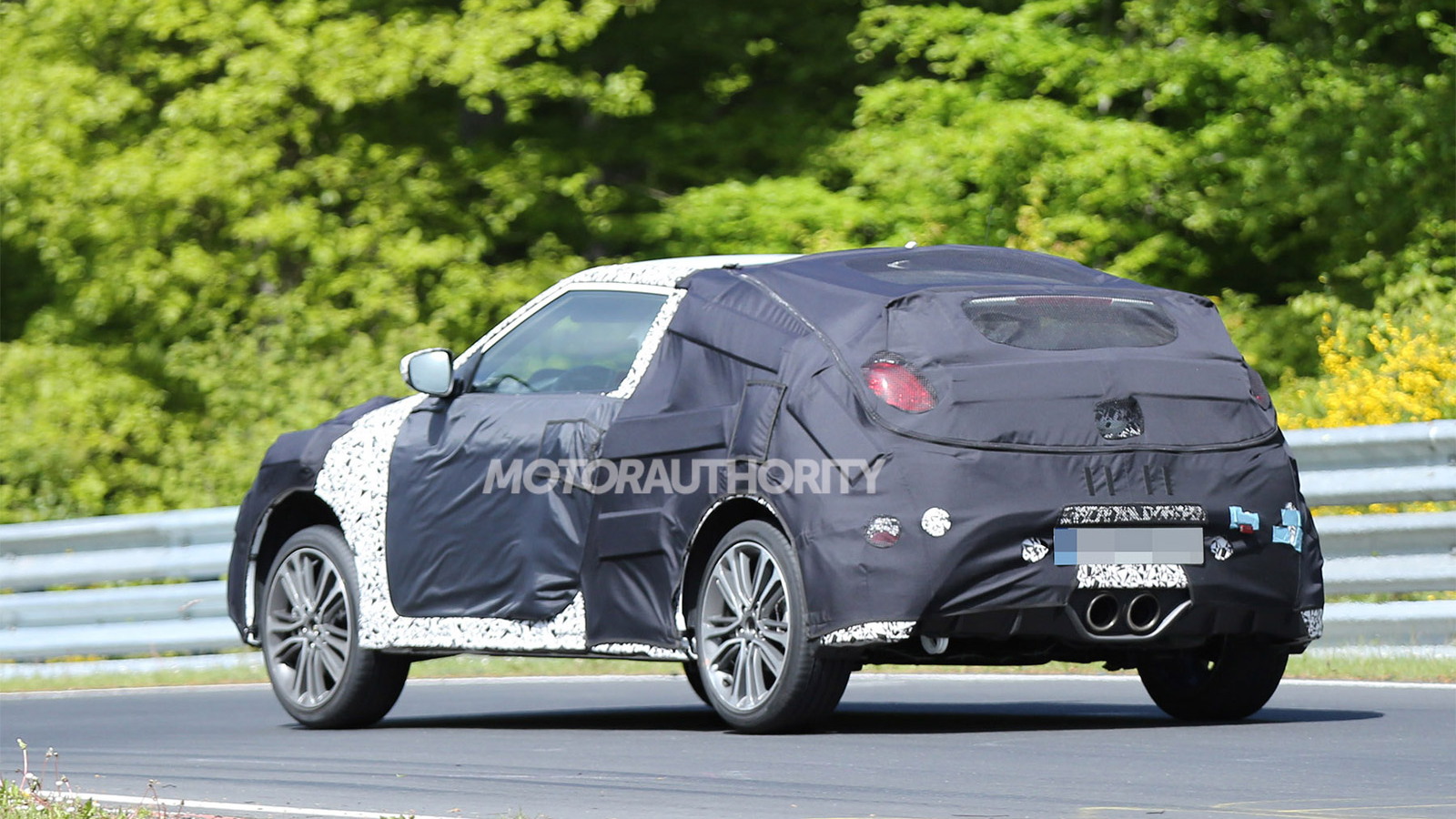 15
photos
If you’ve had a chance to sample the new Hyundai Veloster Turbo, you’ve probably come to the same conclusion that we have: as a sporty car it’s fine, but it’s still not ready to run with the big dogs of the hot hatch world, performance-wise. Hopefully that will change with the introduction of an updated Veloster Turbo, a prototype for which was spotted recently at the Nürburgring.

The prototype is heavily disguised but we can gather a few details from it. It appears the updated Veloster Turbo will sport a new grille and revised headlights, and it also looks like the bumper will be redesigned. There are likely to be some changes at the rear as well, perhaps with new graphics for the tail-lights. And expect some tweaks in the interior plus an updated infotainment system.

It’s not clear what performance upgrades have been made, though it’s not unreasonable to expect Hyundai to squeeze a bit more grunt out of the current turbocharged 1.6-liter four in the current model. Simple intake, exhaust and ECU modifications should help boost the current model’s 201-horsepower rating.

We’re also expecting Hyundai to have tuned the suspension, with the 2014 Veloster Turbo R-Spec hinting at what’s possible. Some R-Spec upgrades that could filter across to the regular model include higher spring rates, a more rigid transmission mount and a brake-based torque vectoring system.

Look for a debut of the updated Veloster Turbo in the first half of 2015. The regular Veloster should receive the same updates.