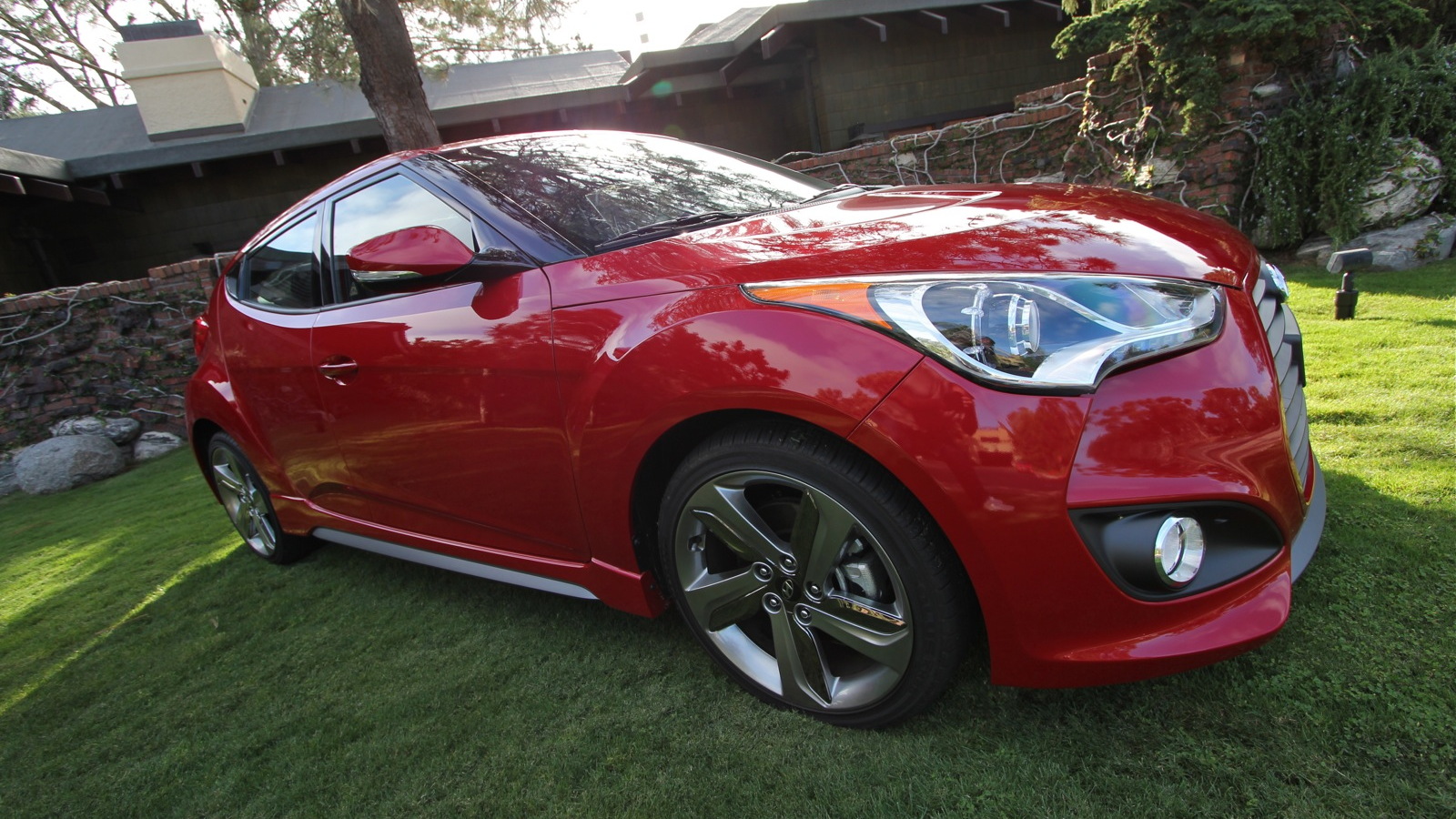 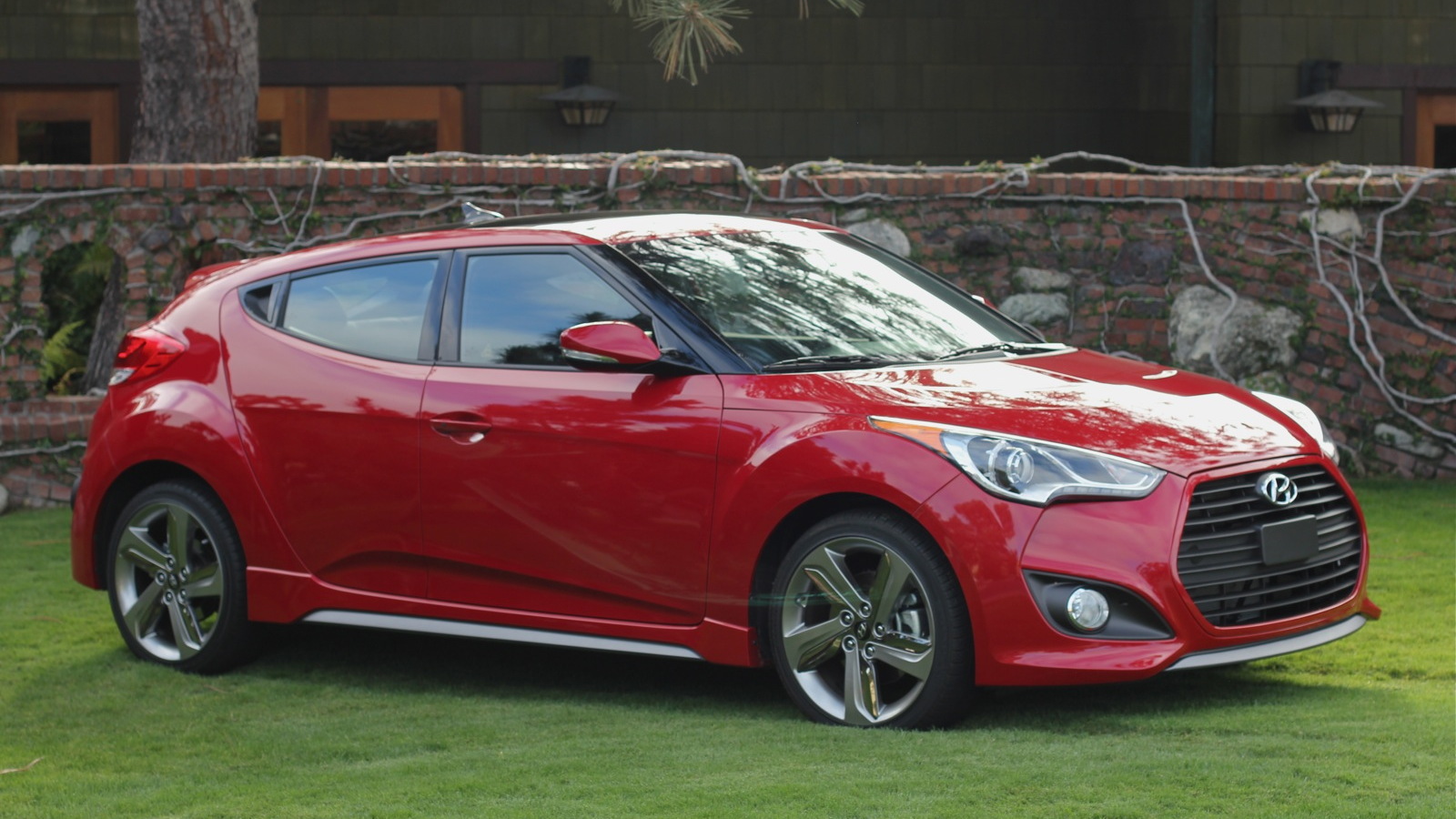 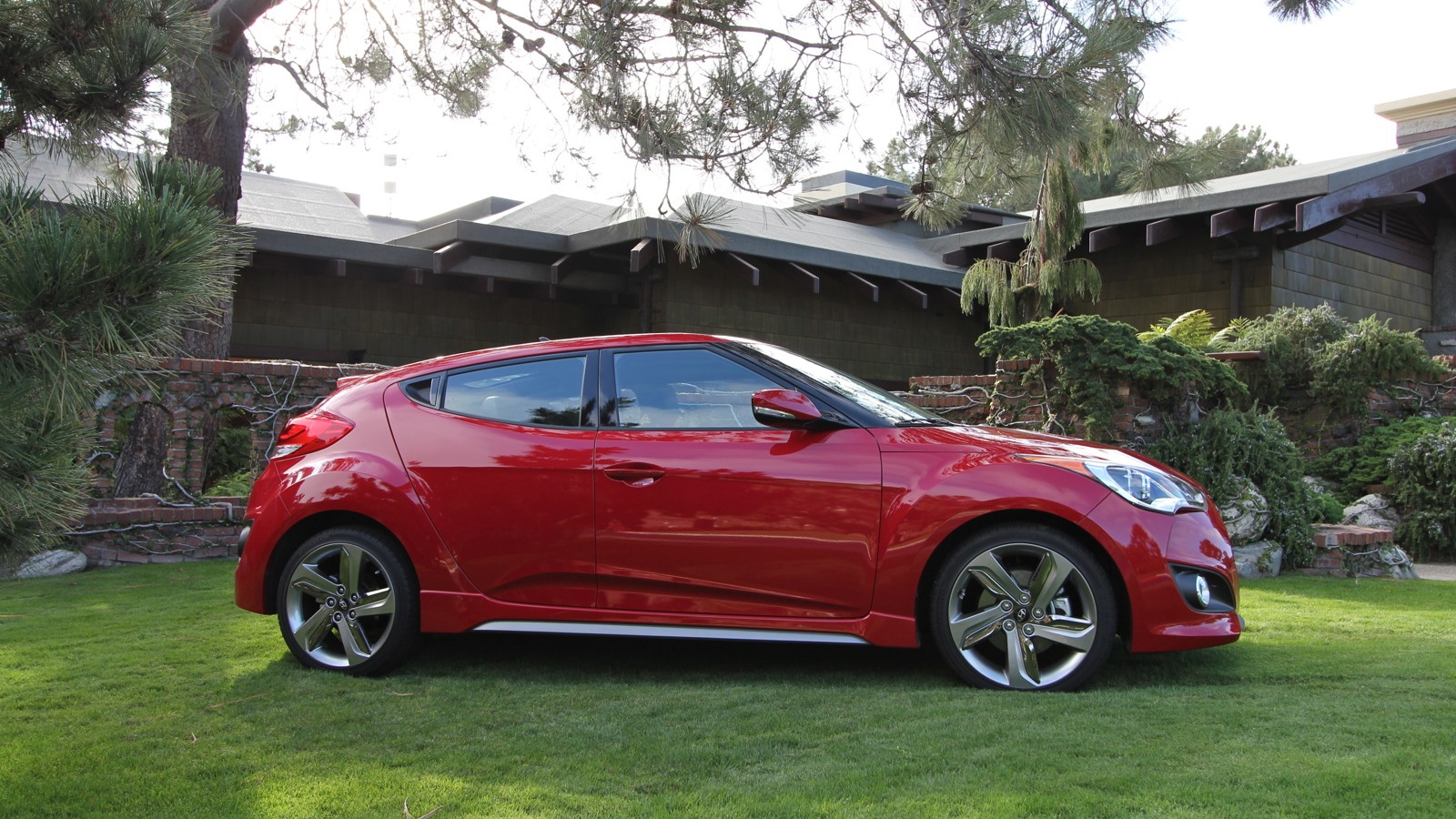 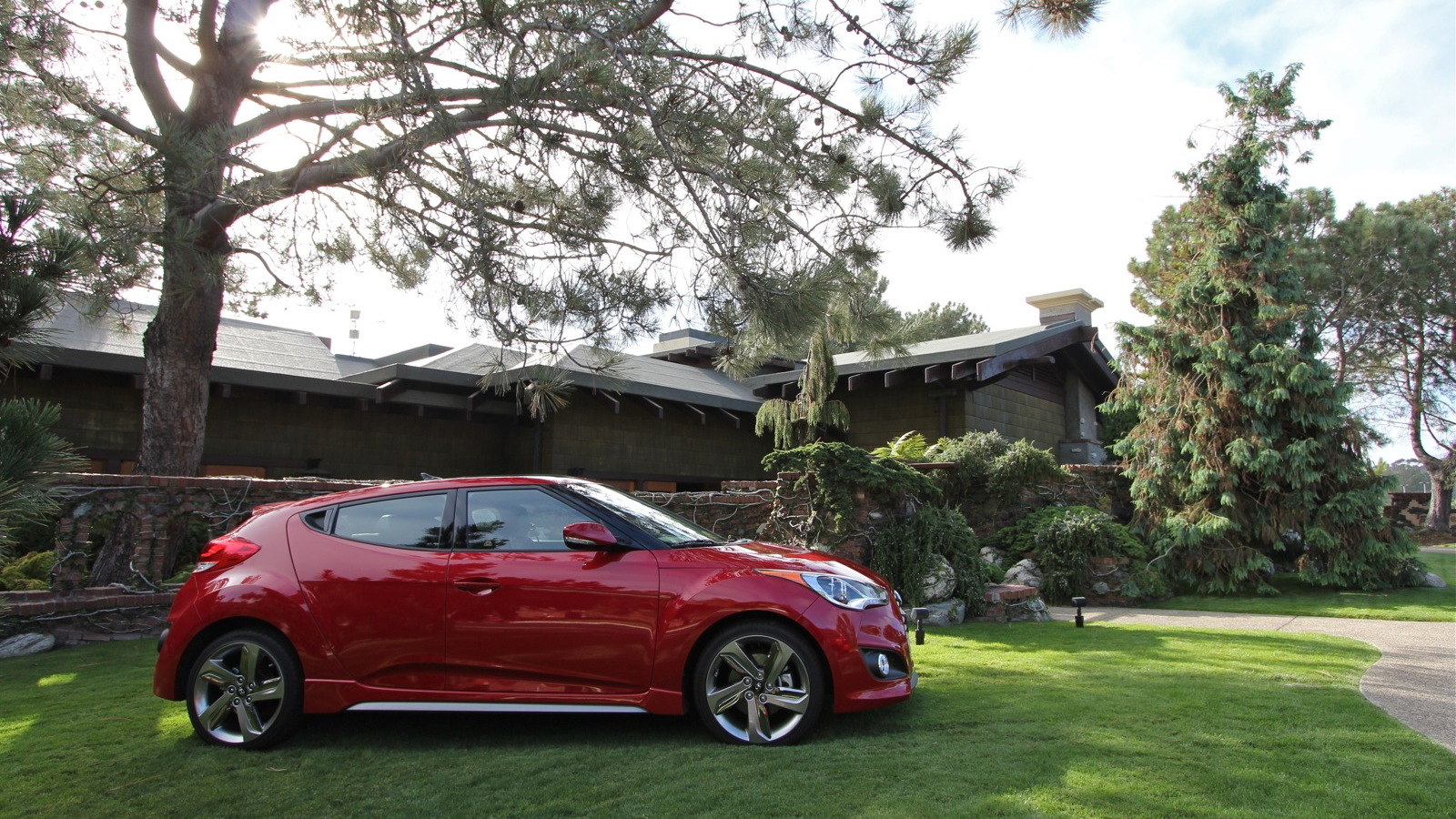 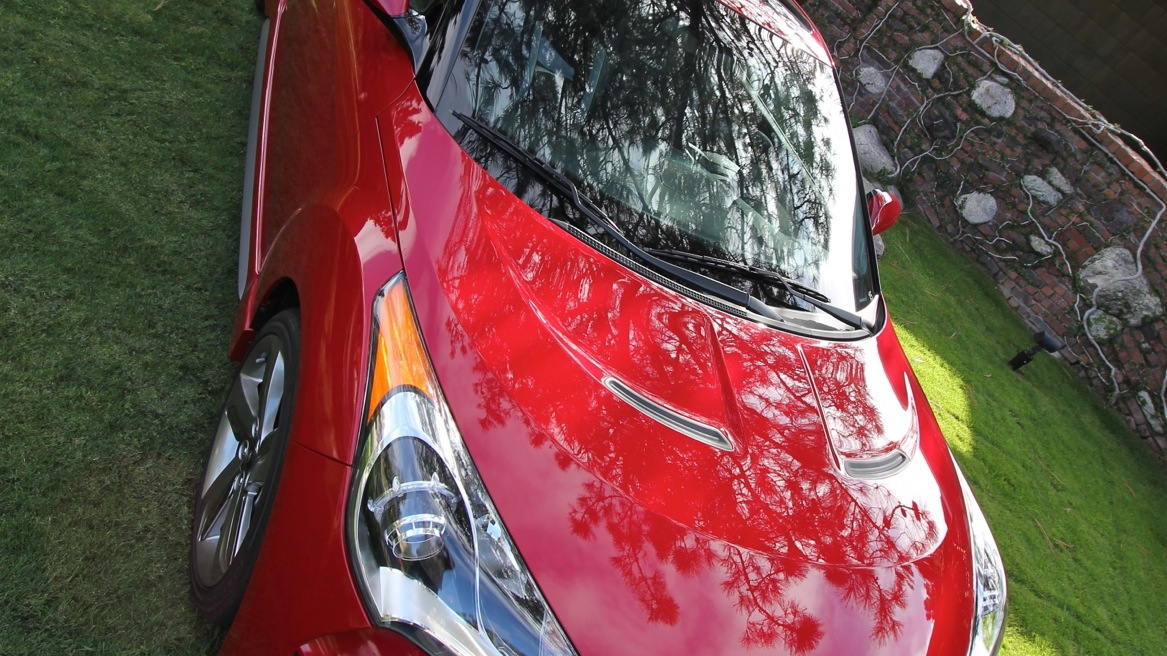 How does a $23,000, 201-horsepower Hyundai Veloster grab you? Great, right? You'd be surprised how challenging it is to other front-drive fans. It sounds silly, even ridiculous, to those who bow to the old school of hot hatchbacks. But it has to worry them, too.

Sign up:  Get our best headlines every morning by email

When the Veloster launched last year, its quirky, adventurous looks sucked the oxygen completely out of the room that Honda had reserved for its brand-new Civic Si--the standard bearer for zippy compacts since the dawn of time, or roughly, the same year we graduated high school. Dully styled and lumped in with the rest of its poorly received lineup, the Civic Si has been all but eclipsed by the darty little Hyundai four-door, even though the Veloster maxed out at a relatively puny 138 hp.

Imagine what'll happen with the arrival of the turbocharged Veloster. For the 2013 model year, it touches down on a plateau just beneath the altitude layer where true sports cars breathe--cars like the Scion FR-S and Subaru BRZ, the base Camaro and Mustang, and not coincidentally at all, the Hyundai Genesis Coupe. It's exactly the power equal of the Civic Si on paper.

Did things just get real?

Decked out with a standard rearview camera, heated leather front seats, and 18-inch performance tires teamed with slightly revised suspension and steering tuning, the Veloster Turbo doles out the kind of performance that maybe it should have from launch, given its extreme-sports attitude and look. The turbo four twists out maximum torque low, through either a manual or a paddle-shifted automatic--not the dual-clutch automatic in the base car, since it can't handle the pressure. The best estimate puts the Veloster Turbo's 0-60 mph times at under 7.0 seconds, within the target range for its more storied competition.

It has the boost to make the big leagues, and the Veloster Turbo has many of the moves, too. It's not an independent suspension at work in back, as it is on the Civic and GTI, et al, but the Veloster handles crisply and corners tightly. The electric power steering falls short of the toughest benchmarks: it's heavy at times, and doesn't give up much information, but it doesn't get in the way of a good time.

Where the Veloster again trounces the other hot hatches, outside of design, is in features. The exceptional base configuration of the Veloster already includes Bluetooth and Blue Link telematics and voice controls, with satellite radio and USB connectivity. Turbos add on a rearview camera and parking sensors (you'll need them, given the big blind spots), 18-inch wheels and tires, and leather seats with power adjustments for the driver. A panoramic sunroof, a navigation system, and a special matte paint job--complete with a hand-washing kit and proceed-slowly instructions--are the major options.

It's absolutely quick, absolutely capable, absolutely inexpensive. The Veloster Turbo notches another V for Hyundai. It's time to take it seriously.