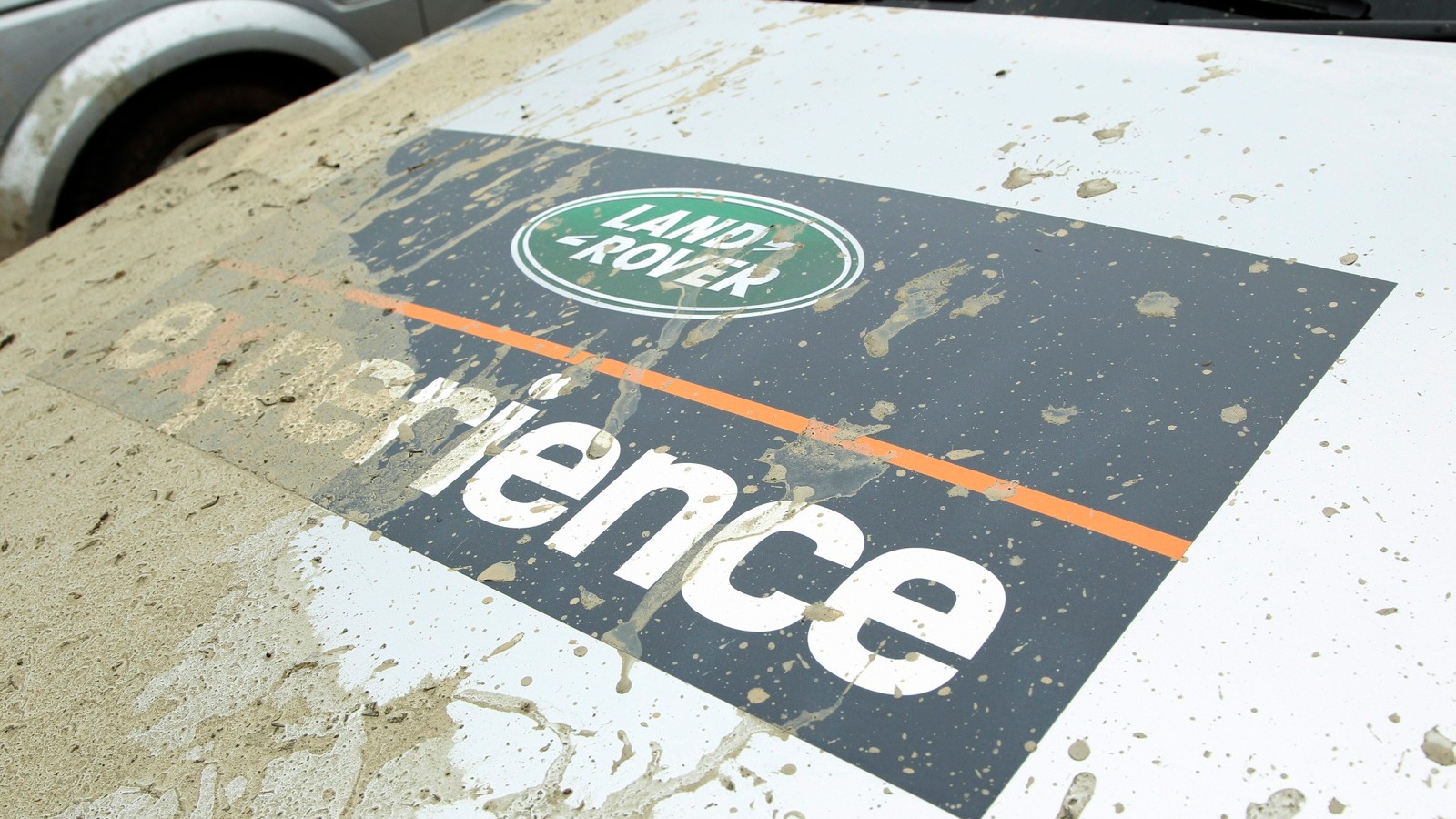 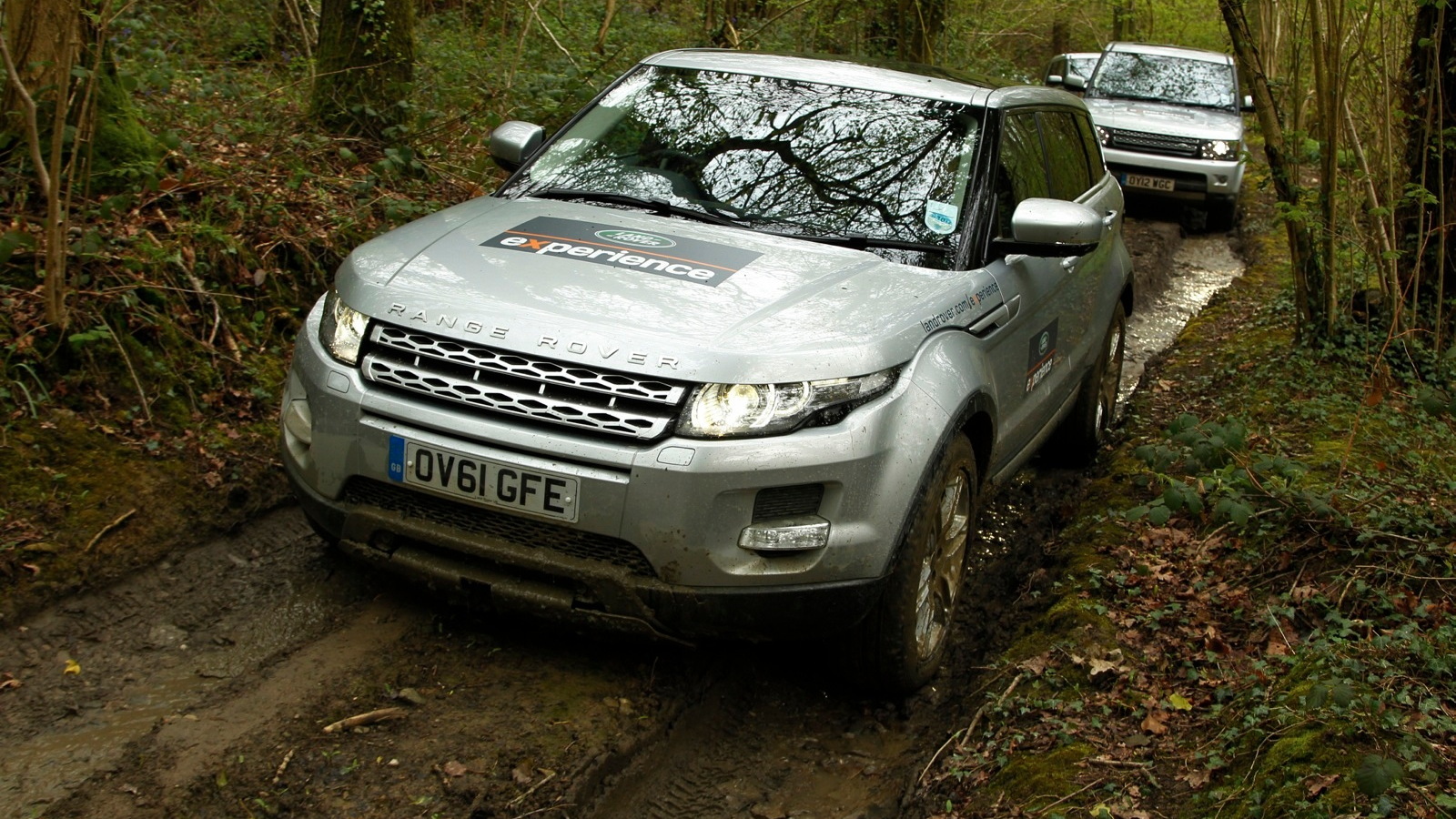 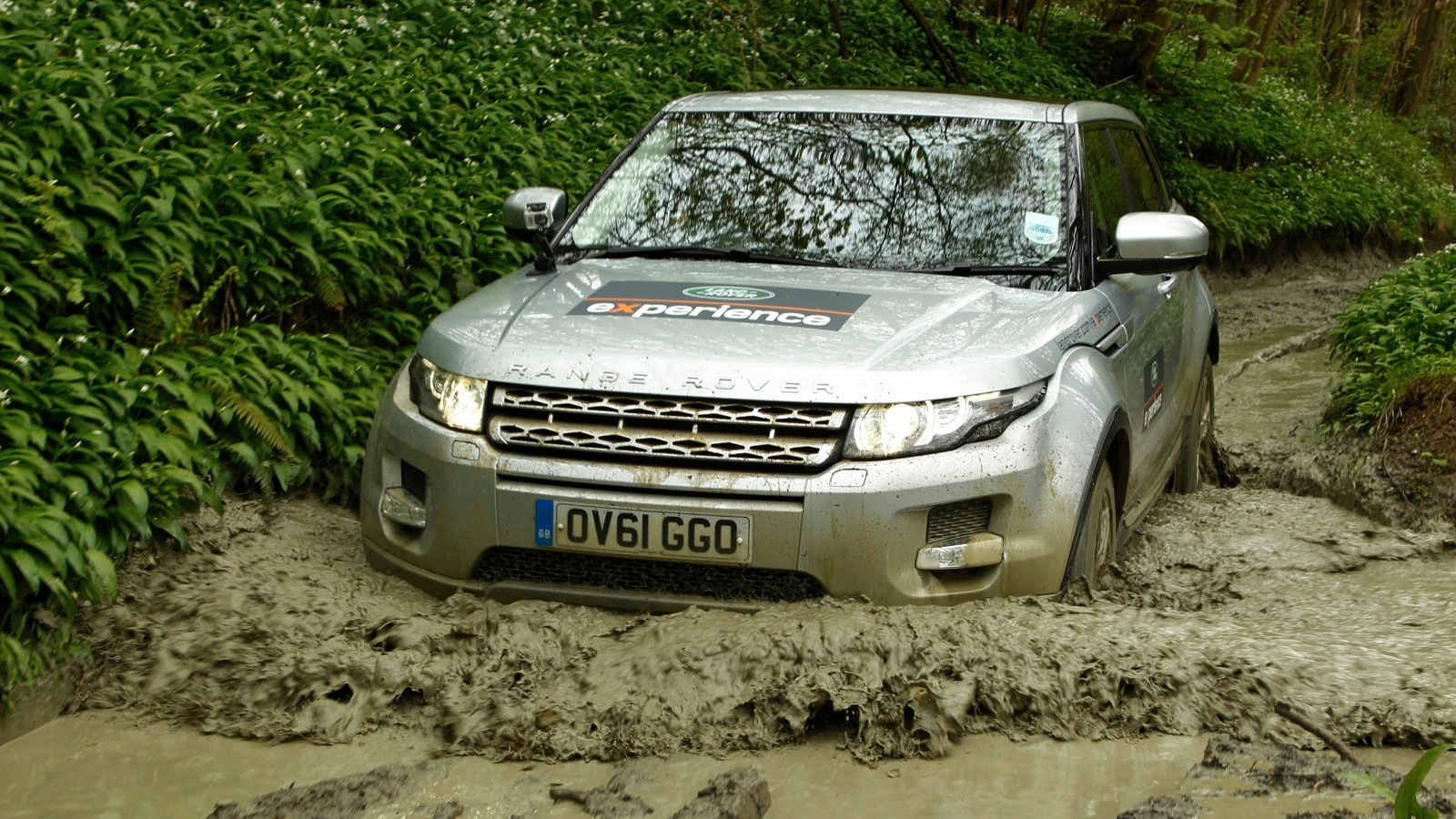 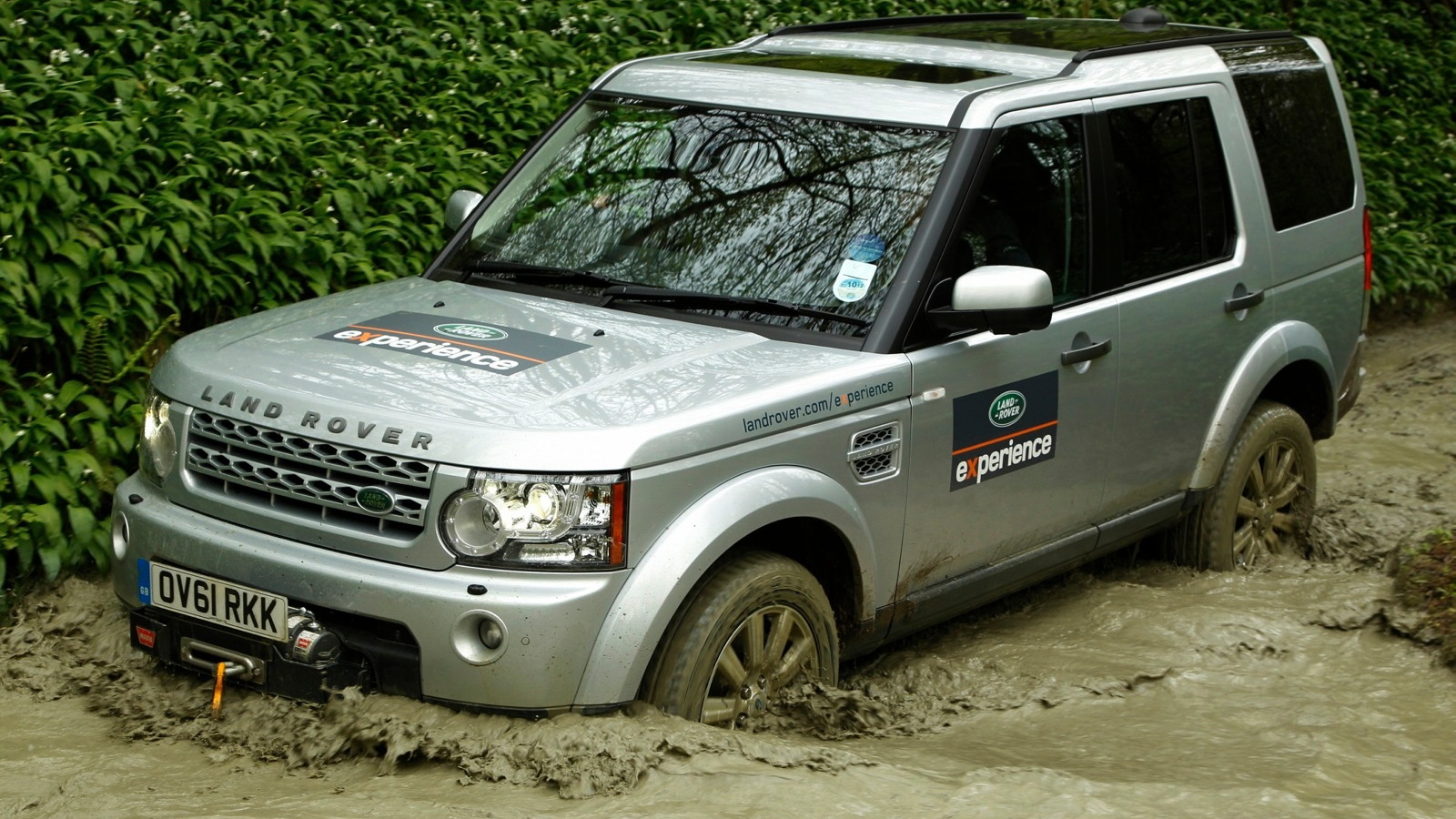 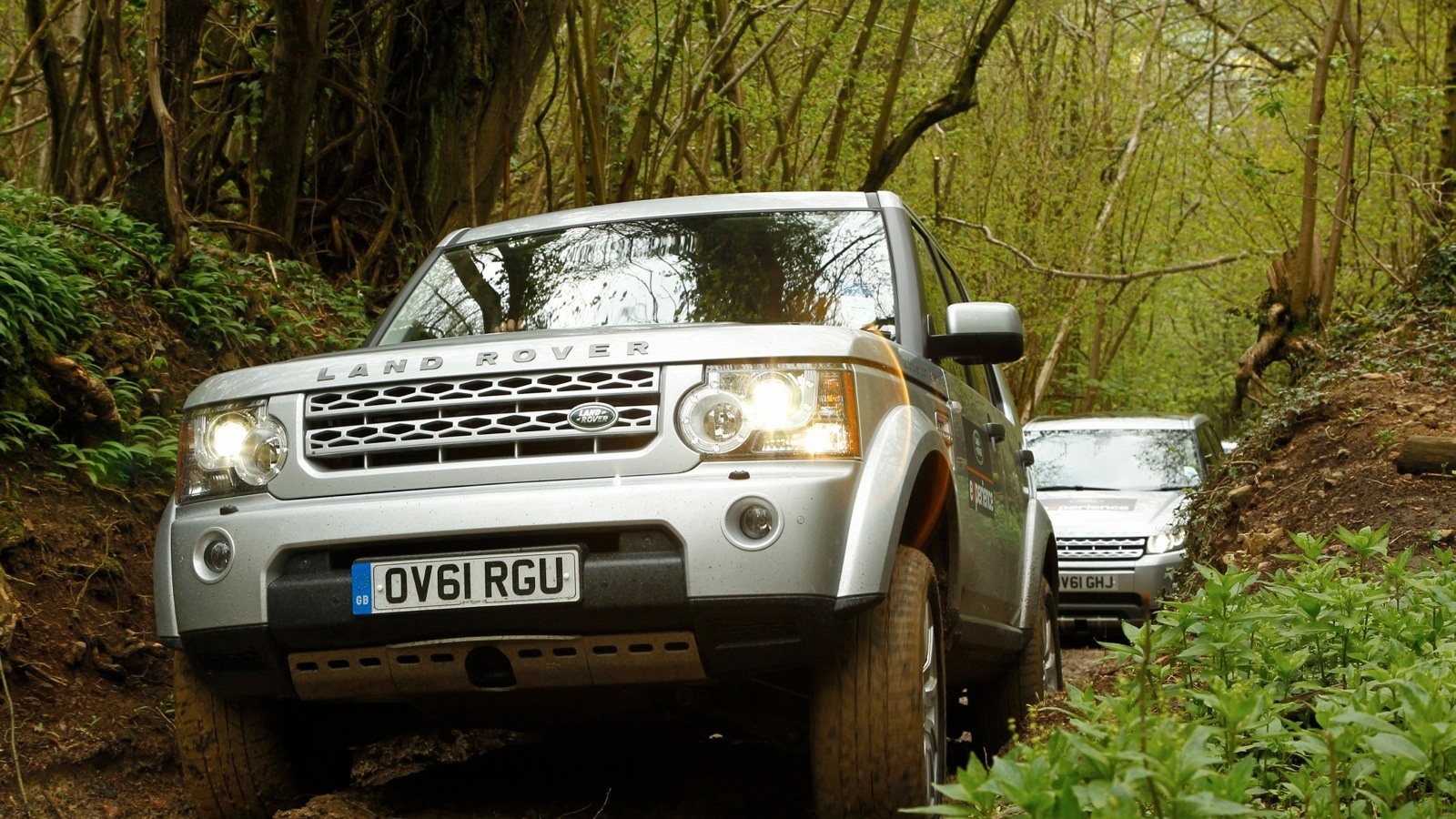 The vehicles may change, and as the saying goes, the off-roading is never the same twice. The overlords at HQ even get hot-swapped every decade or so.

Still, the quintessential Land Rover experience remains the same. Clamber into a plushly lined, regally poised off-road specialist, and proceed to apply layer, upon layer, upon layer of beautifying mud.

Even the Queen does this, so we're confident that our most recent adventure at the Land Rover Experience at England's Eastnor Castle was entirely fitting.

We've climbed to the top of Mayan temples with Land Rover, plunged to the depths of Iceland's Blue Lagoon, even put on full Scottish drag to get into the heads of Land Rover enthusiasts--to figure out exactly why so many are so hardcore about sport-utility vehicles that don't promise the gargantuan size of a Toyota Land Cruiser, or the scalpel-like accuracy of a two-door Jeep Wrangler.

What it is, we've decided, is the love of the oxymoron. Today's Land Rover delivers a driving experience always completely at odds with itself. It's the mud and ruts, but only in balance with the beluga branding and the appliques of luxury. It's an SUV--but it's as fast as some sports cars, with a ride that puts some family sedans back on the engineering rack. It's practically a learning lab for the tasteful use of metal, wood, and hides, and at the same time, those are filigree to be ignored when facing down a rocky 28-degree descent.

We confirmed it all, yet again, this time in Britain's West Midlands at a "faux" castle perched at the edge of thousands of flooded acres, where we pummeled the dirt with Sports, LR4s and Evoques alike. Eastnor, built by the Cocks family in the early 1800s, is now the home of the Hervey-Bathurst family, and they've kept it in the family by opening up the castle and its grounds to private events--even blogging about it--and by hosting the Land Rover Experience on a permanent basis.

Eastnor's vast grounds (it's also home to an annual music festival) shows expertly the not so subtle change in Land Rover's off-road technology, and its philosophy. Over the past decade, they've damped the skill level needed to pilot its vehicles off-road, but not the enthusiasm. The Sport and LR4 still lock up their differentials, but the Evoque's open diffs and traction control take a new tack, and lose some, but not a tremendous amount, of off-road talent for the trade-off in weight and complexity.

It's an evolution that began when the Land Rover brand was acquired by Ford back in 2000. To push the brand more into the mainstream, the SUVs had to become more sophisticated on the road. Hence, the new brand mission, to be a balance of off-road capability, luxury and refinement, and on-road performance and handling--an oxymoron if ever there was one.

To get there, Land Rover's adopted electronic controls for many systems. Instead of replicating an aircraft cockpit, with a dozen switches and buttons and levers to operate off-road hardware, the latest Land Rovers rely on electronics to control the traction systems. Electronic locking differentials were the start; in 2006, a terrain-control system spread to all its vehicles save for the Defender, allowing drivers to choose the conditions via a knob or switch, and let the powertrain brain sort it out.

The next step, possibly due with the new Range Rover: automatic detection of surfaces, and selection of the traction mode, hinted at strongly in the DC100 concept shown by Land Rover at the 2011 Frankfurt Auto Show.

It's all part of the effort to keep Land Rover on the boil while it revives its global sales in the post-Ford era. In the U.S., Land Rover is on a hot streak. Sales are up 19 percent this year, and the sizzling Evoque is responsible for a large chunk of those gains, though the Range Rover Sport continues to dazzle late in its life cycle.

There's more to come. The brand's about to welcome a new Range Rover, the first in a dozen years, and new variants of the Evoque are sure to follow, along with a replacement for the Sport, and potentially the Defender too. At the same time, it seems to be cuing up the Range Rover nameplate to dominate the lineup, as the Land Rover-branded vehicles, the LR2 and LR4, fade.

No matter which extreme they tackle, from the Defender end or the Range Rover end of the spectrum, these SUVs thrive on a certain illogical blend. So long as they perform as they do on the grounds of Eastnor Castle, the heritage will remain intact--so long as the leather trim still shows a spot or two of mud, and the chrome still bears a scuff mark or two.