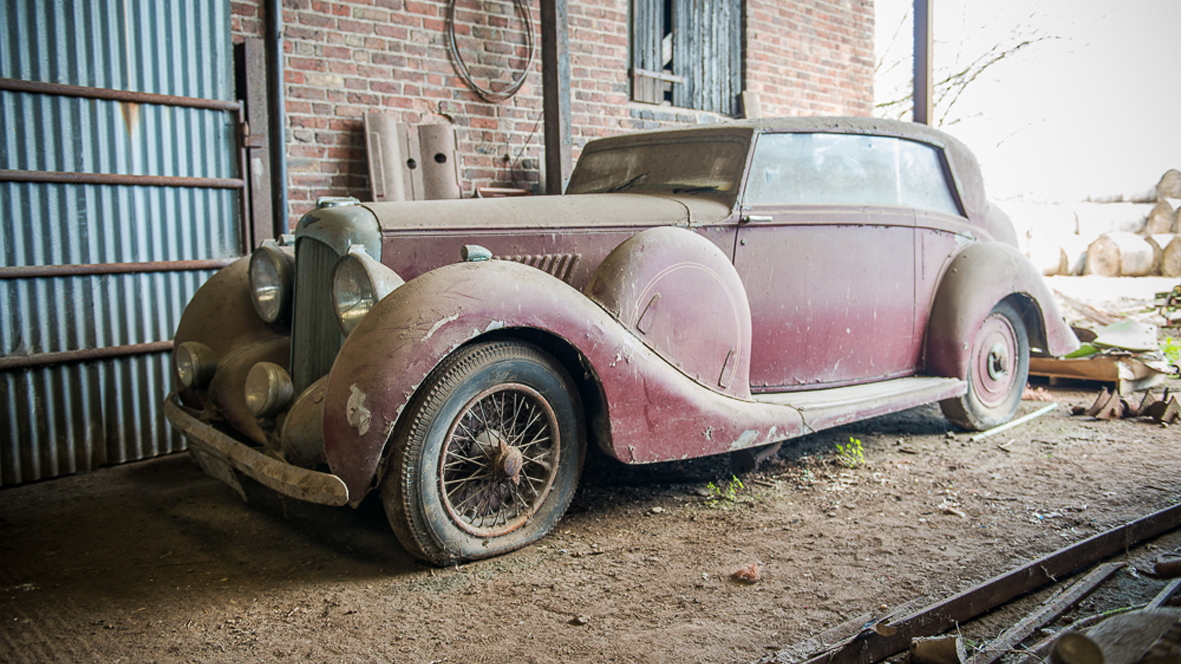 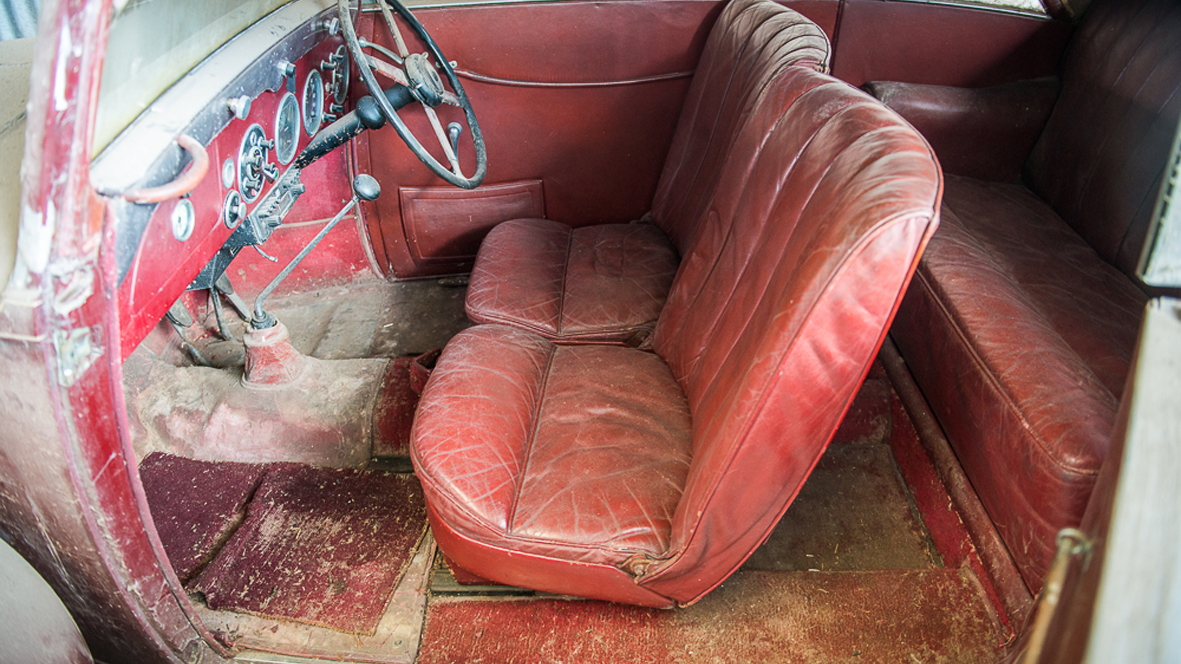 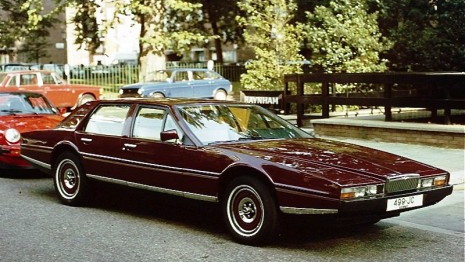 3
photos
Lagonda used to be one of Britain's finest luxury car marques, but cars wearing the famous name have been few and far between over the last few decades. Interest in the brand has renewed in the last few years though, as owner Aston Martin readies the name for use on its upcoming SUV, just as it revived the badge for its divisive sedan model in the 1980s (included in gallery above).

That interest makes models like the 1939 Lagonda V12 Hooper two-door sedan seen here a desirable proposition, even in its dusty, unrestored state. Up for sale with Silverstone Auctions on April 12, the car is very original, matching numbers, and is expected to pull in bids of £75,000-£100,000 ($124k-$165k).

Built in 1939 and registered August that year, the car was quickly placed into storage when the war began just weeks later. It then found a home with an engineer, Mr Harry Ellard in 1952, who owned as many as 40 vehicles, including up to five Lagondas. His collection was sold in 1984 following his death, and the Lagonda remained with its next owner until 2001. Since then, it's remained in storage, gradually degrading and gathering a thick layer of dirt. It'll need total restoration, but the result will be a distinctive, elegant reminder of the car's heyday.

The model was actually created under the guidance of W.O. Bentley, who moved to Lagonda following Rolls-Royce's takeover of Bentley in the 1930s. Current owner Aston Martin took over Lagonda in 1947, but activity in the early years had tailed off by the mid-1970s, and only a few Lagonda-badged cars have followed since. Aston Martin won't be reviving the name as a stand-alone brand, but it's first in line for use on an as-yet undecided model in the company's future--most likely an SUV, like the 2009 Lagonda concept. It'll struggle to match the elegance of the V12 Hooper two-door sedan, though...