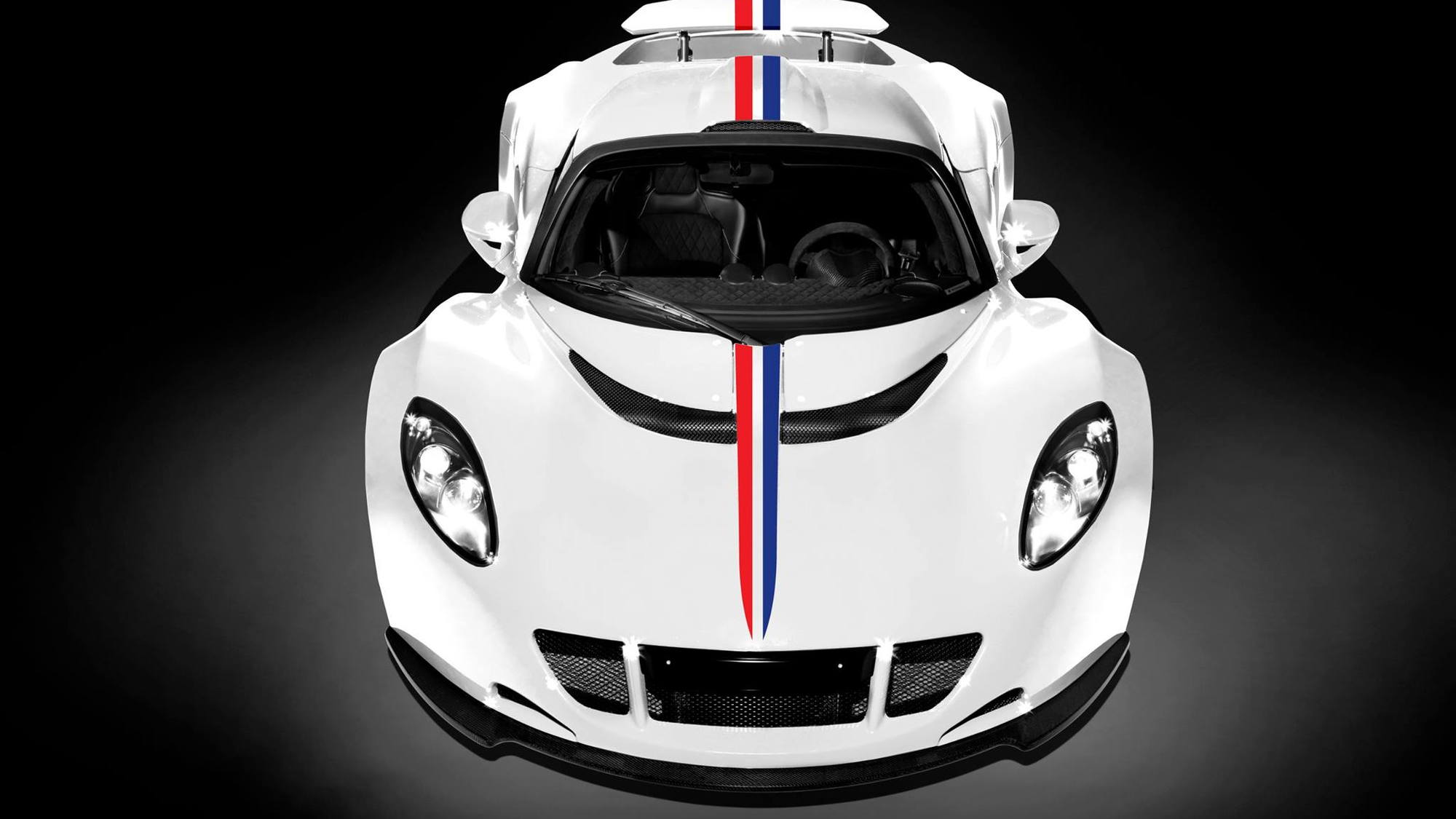 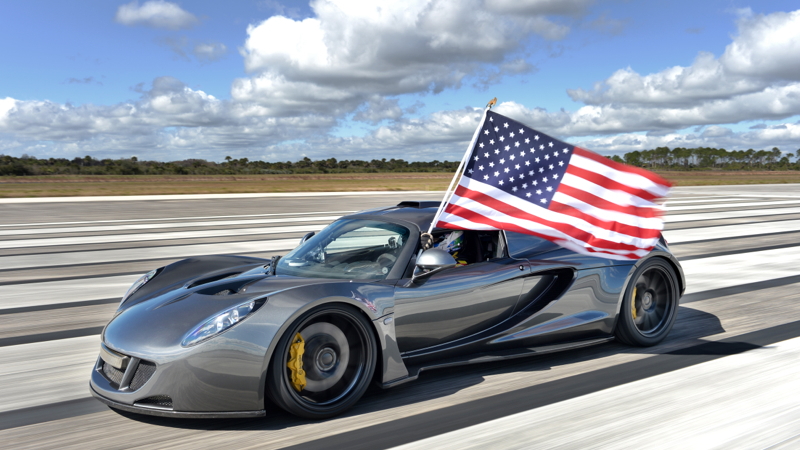 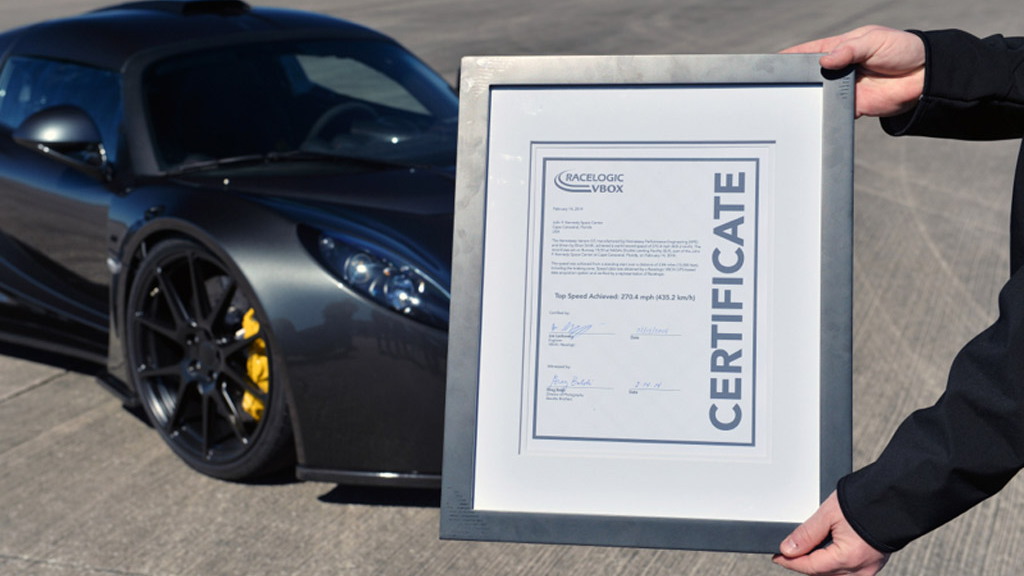 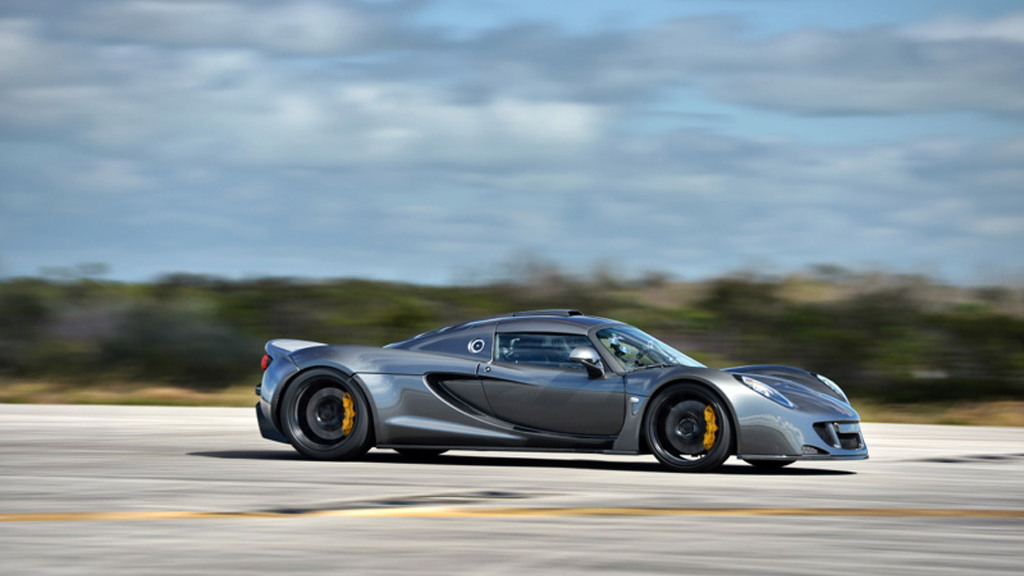 9
photos
If you wanted to get your hands on the new special edition of the Hennessey Venom GT, you had to know the right people—most likely, John Hennessey himself. Because the new red, white, and blue World's Fastest Edition of the supercar is limited to just three units—and it’s already sold out.

The top speed of 270.4 mph was set at NASA’s Kennedy Space Center this February, and the three World’s Fastest Edition cars are being built to commemorate the achievement. Painted primarily white, but with a stripe of red and blue down the middle, the special-edition car is intended to mimic the flag the team flew out of the record-setting Venom GT’s window the day of the run.

Of course, the non-World’s Fastest Edition Venom GT is just as fast as the sold-out special, so if you’ve got the itch to go 270 mph in a road-legal car, you can still order one. It won’t be one of the rarest special-edition supercars in the world, but it’ll still be one of the fastest.