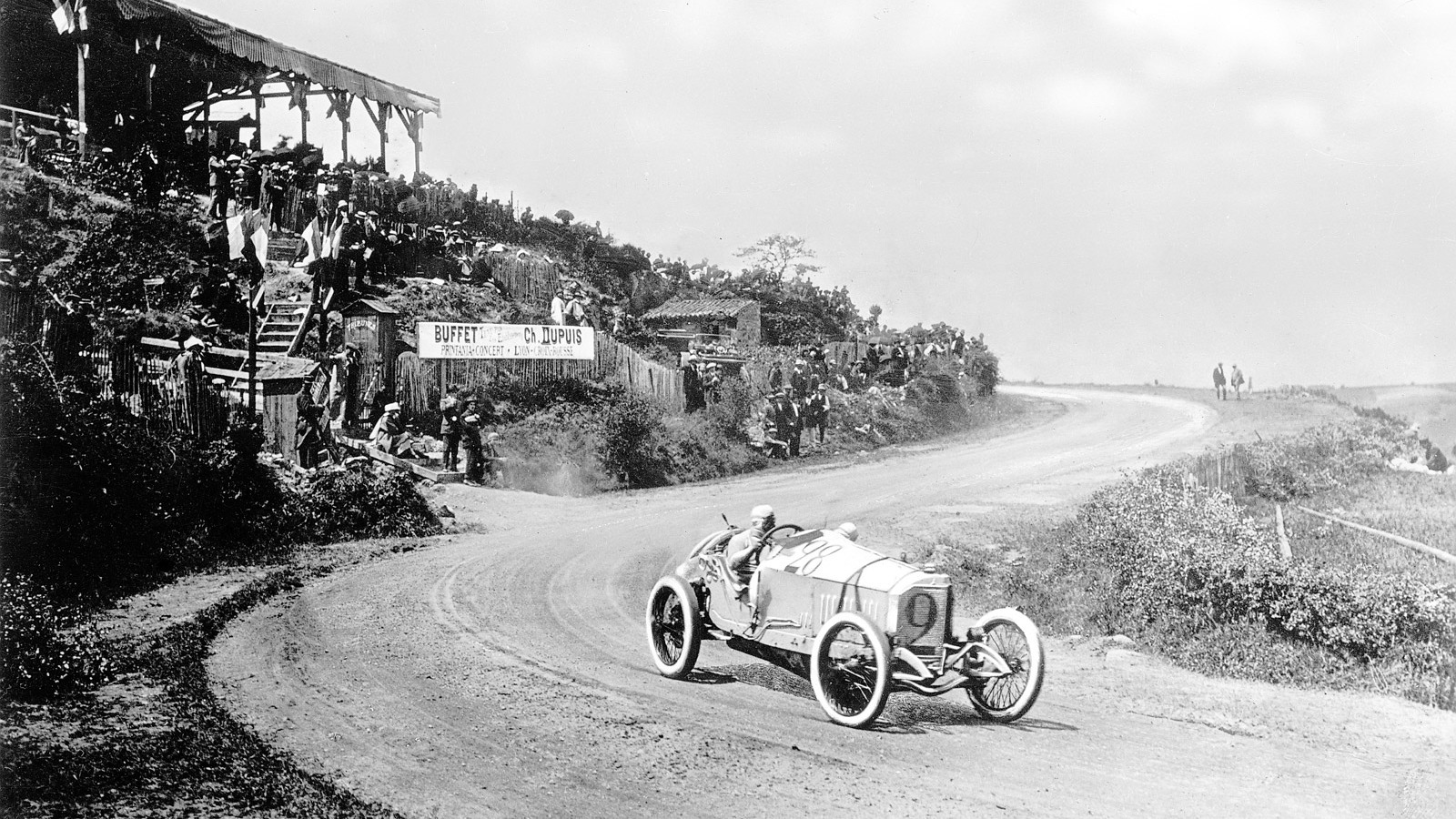 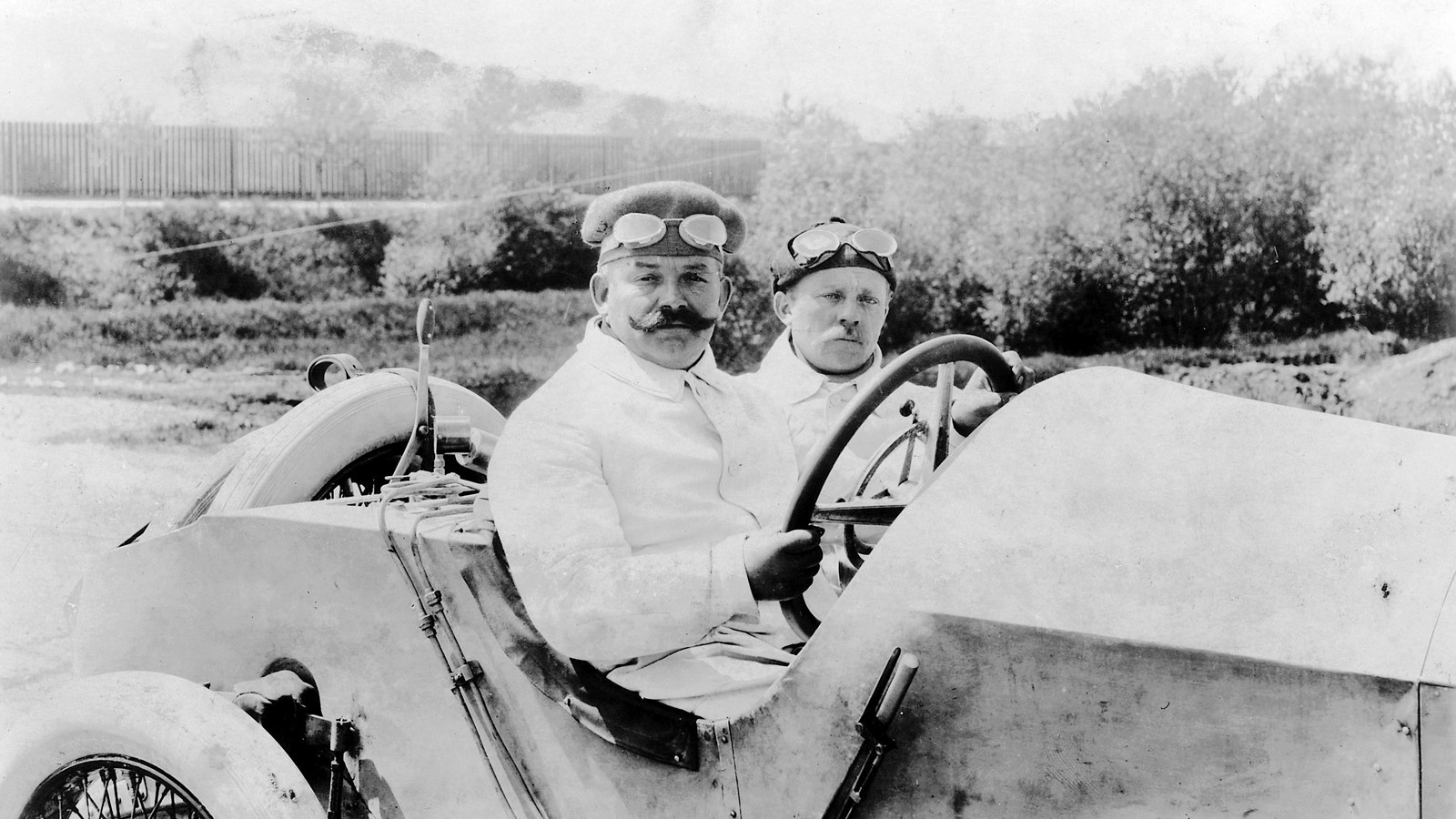 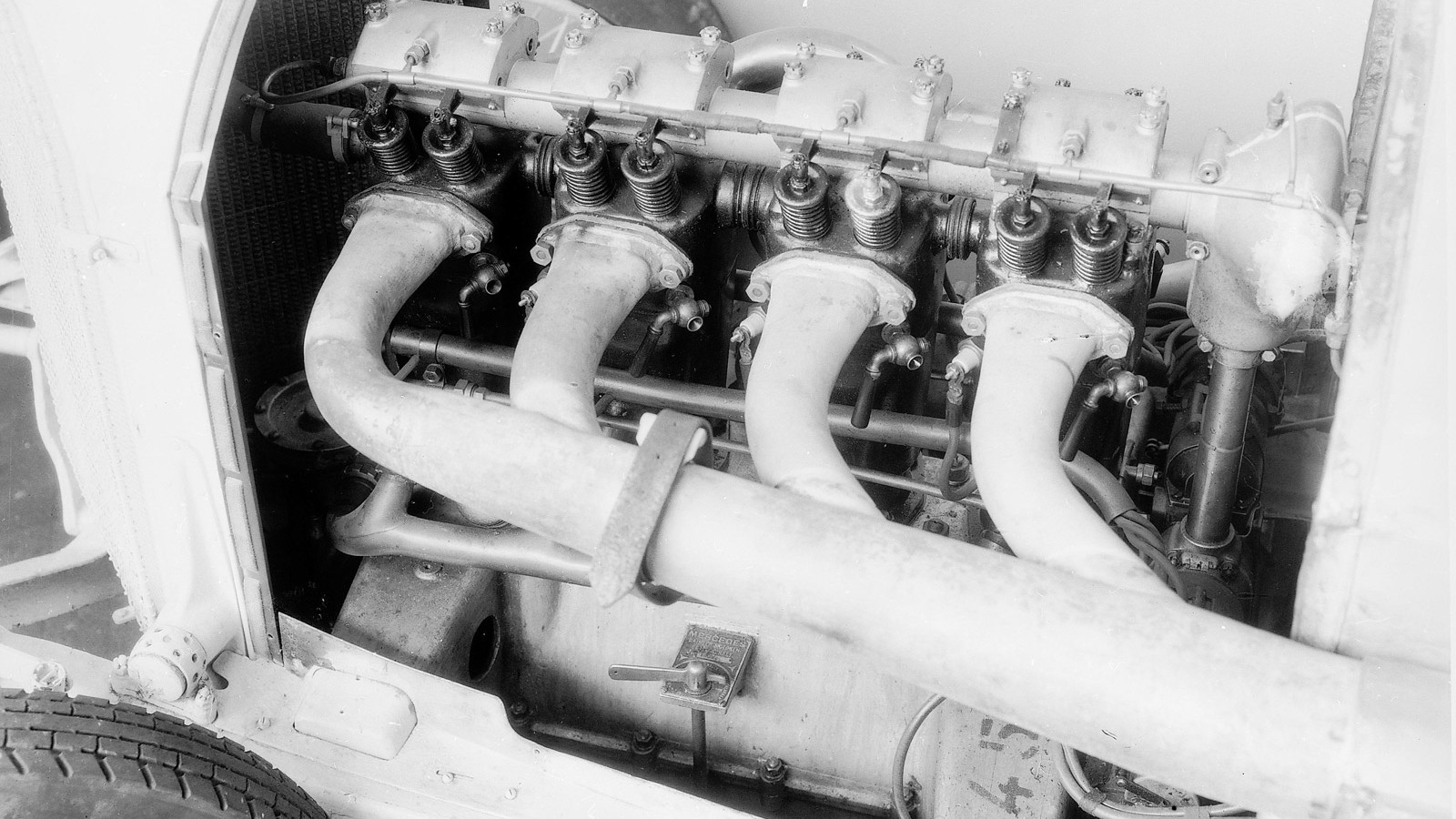 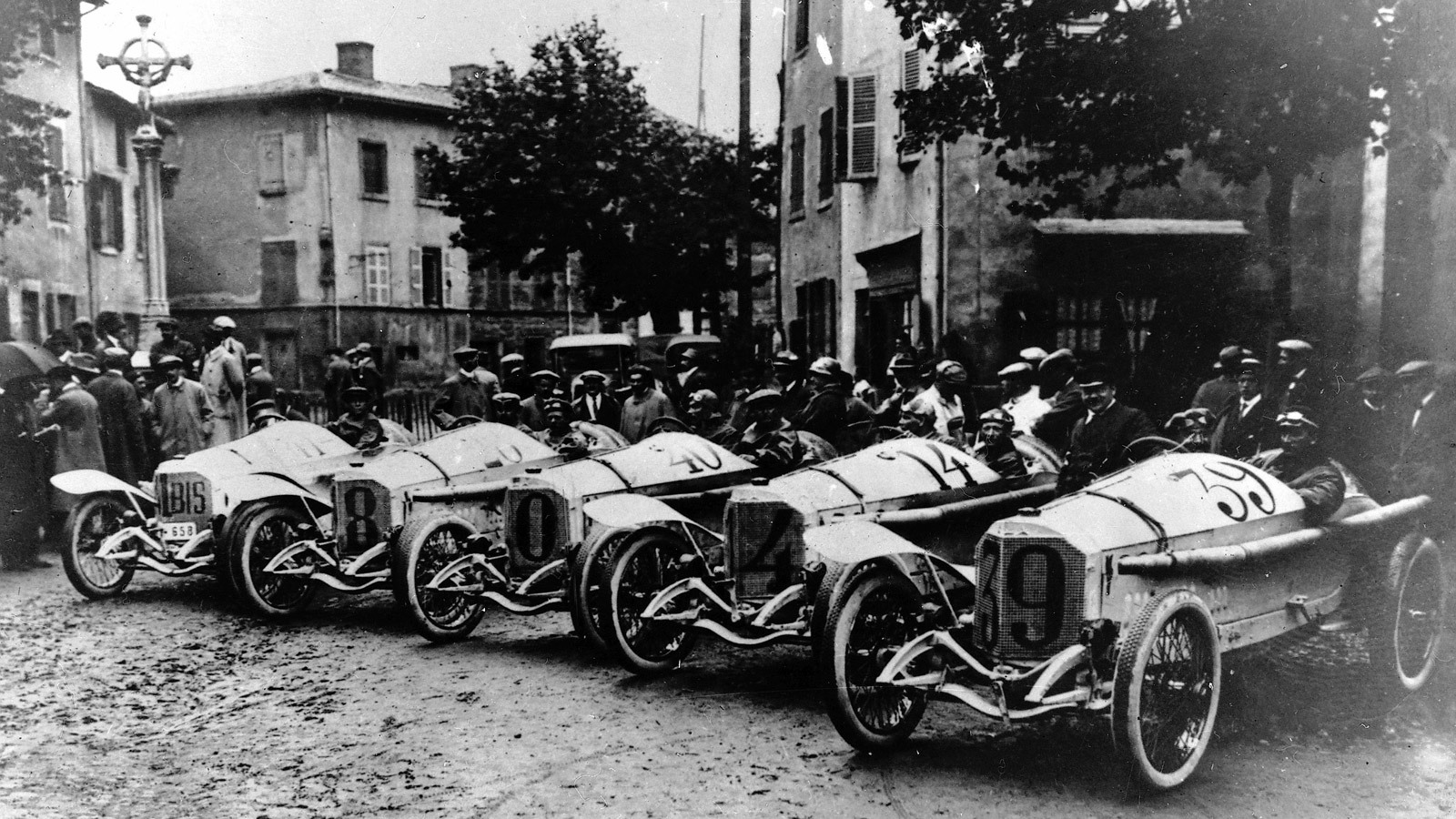 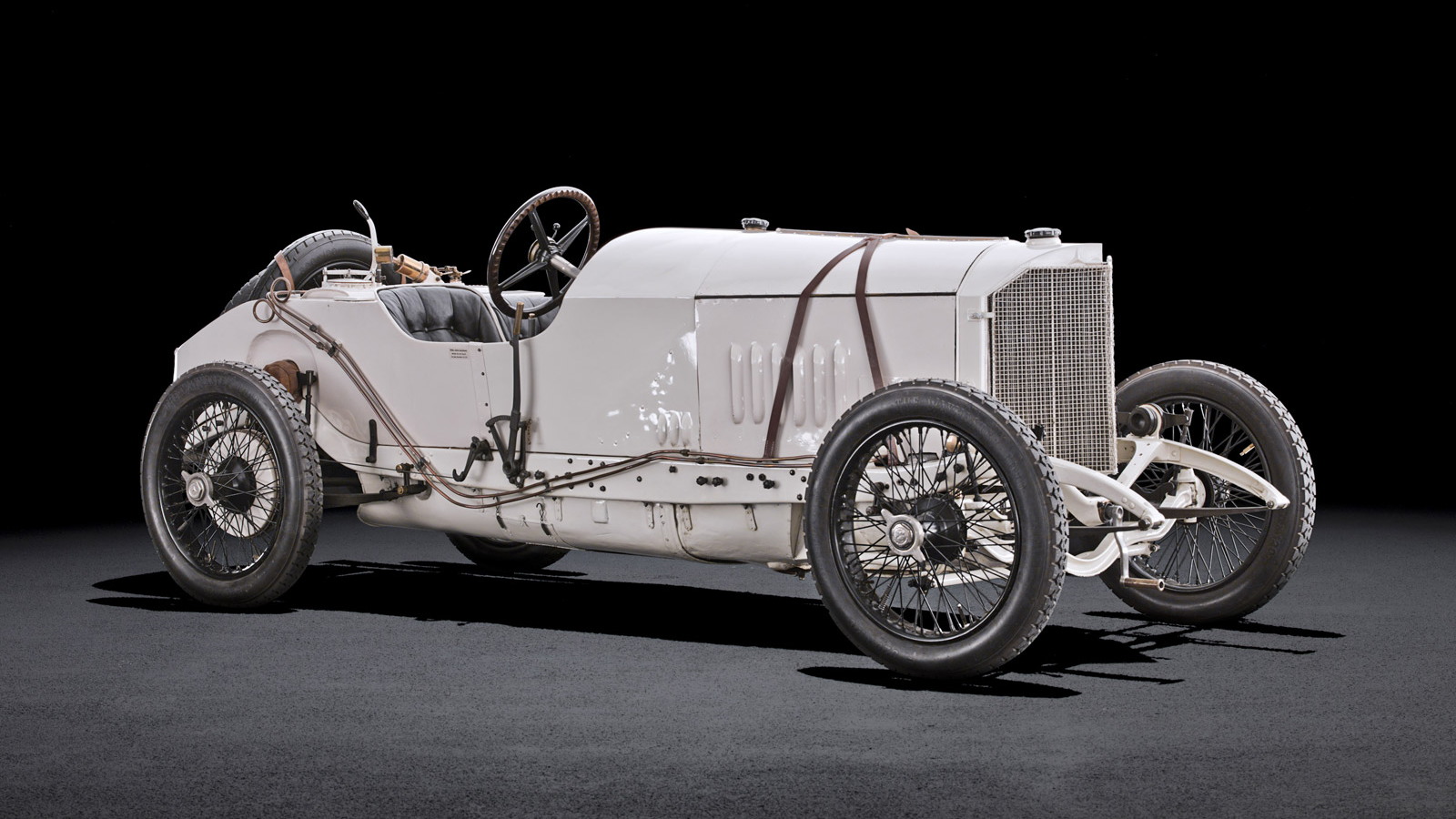 5
photos
One of the world’s most historic race cars will be rolling up to the Goodwood Festival of Speed this year, helping to celebrate the 120th anniversary of Mercedes-Benz’s motorsport endeavors. The race car is a 1914 Mercedes Grand Prix car, a trio of which claimed a one-two-three victory at the 1914 French Grand Prix, the first such victory in motorsport history.

The drivers were Christian Lautenschlager, Louis Wagner, and Otto Salzer, who took their newly developed Grand Prix racers over a distance of 750 kilometers. Strong competition in the race came from the likes of Peugeot and Delage from France, Sunbeam from England, and Fiat from Italy.

As the regulations limited engine displacement to 4.5 litres for the first time, Mercedes developed an entirely new four-cylinder engine with an overhead camshaft and two inlet and exhaust valves per cylinder. The engine delivered a peak output of 106 horsepower and could take the cars to a top speed of approximately 112 mph. The design of the car and its engine proved so successful that it wasn’t retired until as late as 1922.

The car’s prominence is quite fitting given the theme of 2014’s Goodwood Fest--Addicted to Winning: The Unbeatable Champions of Motorsport--and it also aligns with the excitement of competition and winning that symbolizes Mercedes’ own motorsport history.

Also confirmed for an appearance are a handful of Mercedes-Benz’s legendary Silver Arrows that dominated the motorsport scene during the 1930s and ‘50s. Some fans will recall that it was at last year’s event that a Juan Manual Fangio Silver Arrow, a 1954 Mercedes-Benz W196 Formula One car, was sold for a staggering $29.7 million.

The 2014 Goodwood Festival of Speed once again takes place on the grounds of Goodwood House at the country estate of the Earl of March in Sussex, England. It will run from June 26-29.