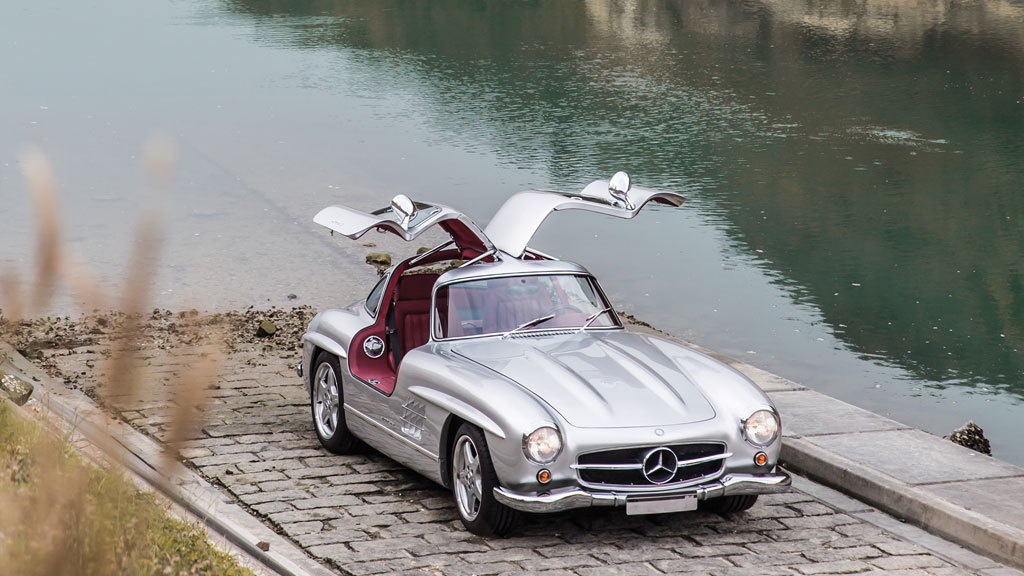 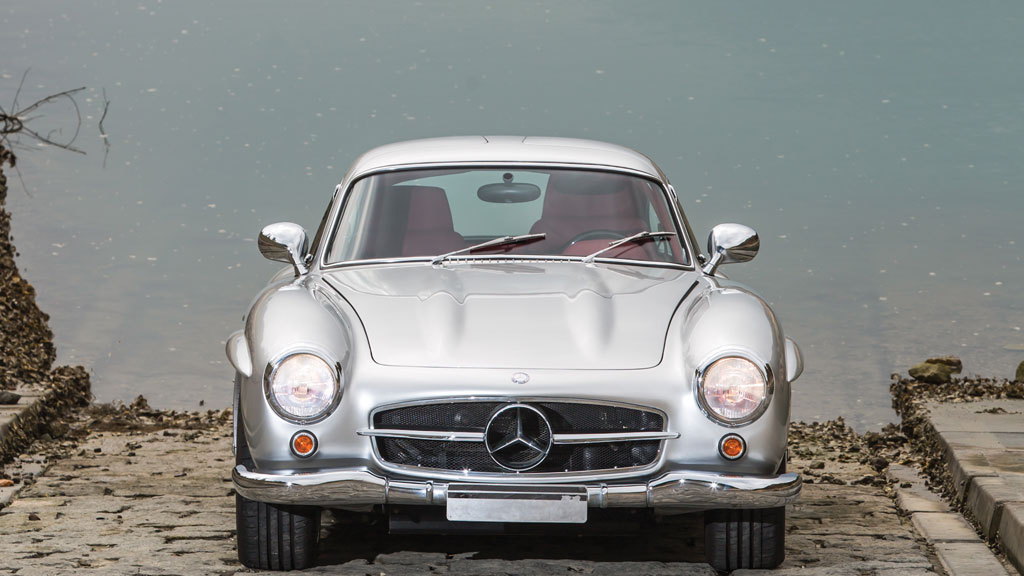 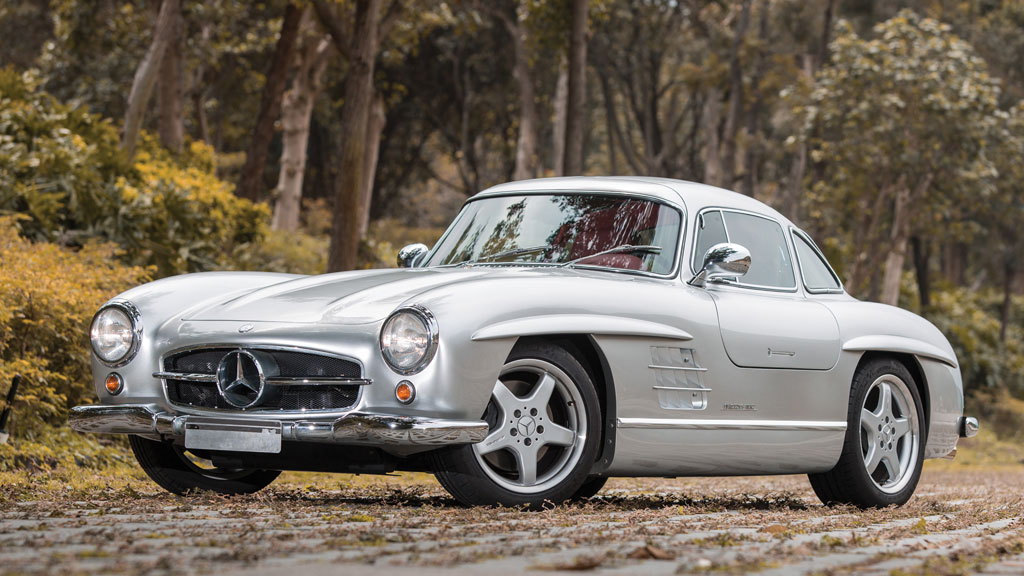 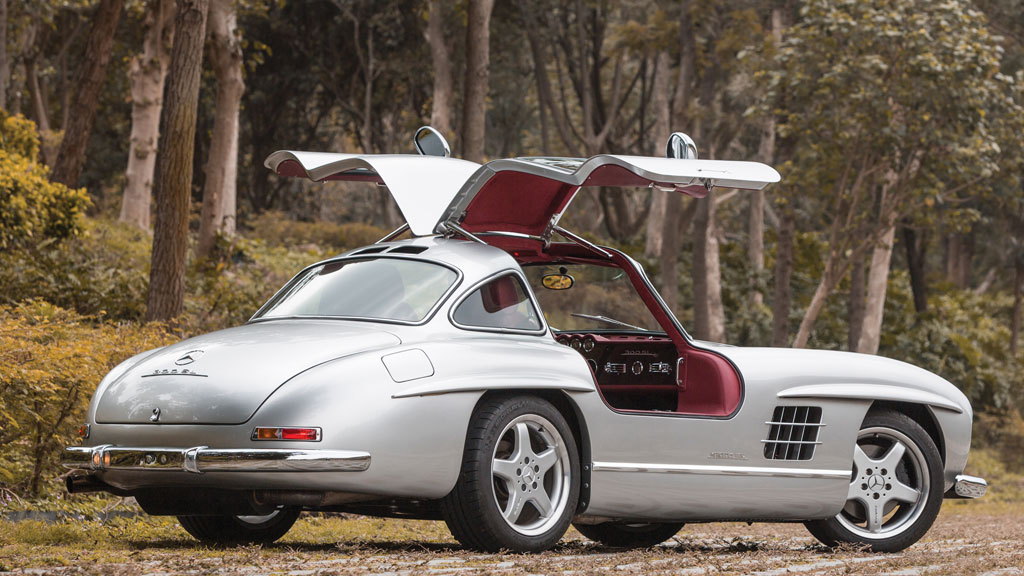 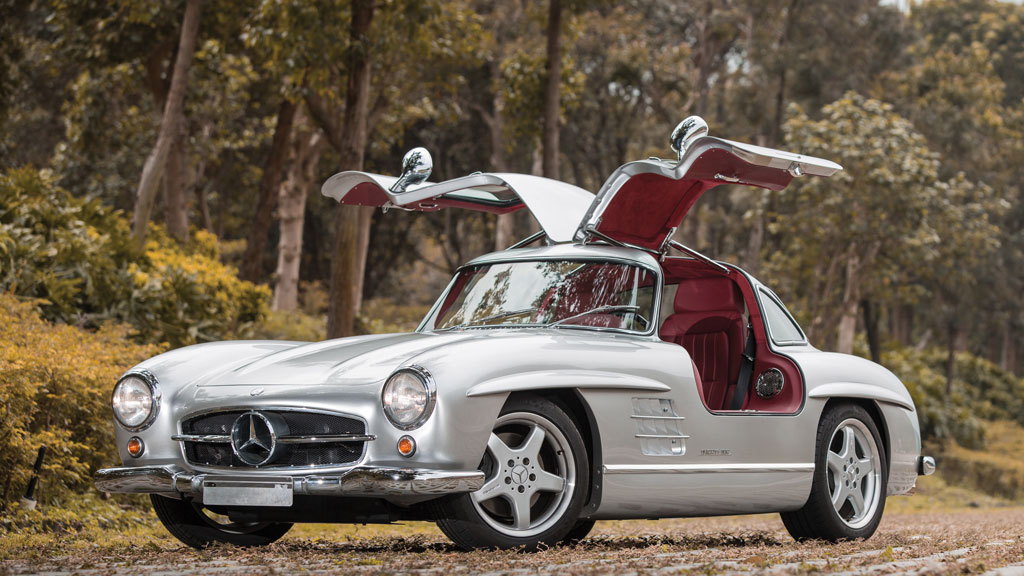 25
photos
Mercedes-Benz’s in-house tuner AMG was only established in 1967 but the company has built a handful of original 300SLs in the past, including this 1954 gullwing. As the story goes, Brunei’s car crazy Sultan asked AMG if it could it take an original 300SL gullwing coupe and 300SL roadster and fit them both with modern internals.

As drastic as it sounds, there was apparently enough demand that nine other examples were built (other buyers are believed to be from the Brunei royal family). So between 1996 and 2009, AMG took 11 original 300SLs--eight coupes and three roadsters--and did a restomod on them. They were then sold for a price of more than a million euros ($1.39 million at current exchange rates) each.

Now, one of the cars is up for sale. It’s a 1954 example with chassis number 198040. It will be going under the hammer at an RM Auctions event in Monaco in early May.

The chassis and body are original but most of the rest of the car is new. Instead of the original straight-six, it’s powered by a 6.0-liter V-8 rated at 380 horsepower and 427 pound-feet of torque. The 300SL’s original swing-arm rear suspension has also made way for a modern five-link setup, and also added to the mix were Bilstein shocks and AMG light alloys. Power steering, disc brakes and a four-speed automatic transmission have also been added.

The interior is almost completely new and features a mixture of Nappa leather and Alcantara trim. As the shots reveal, the car also gets a HWA steering wheel, a Sony CD changer and carbon fiber protective panels. Other subtle interior touches include a steering-column lock for heightened security, as well as a complete set of original 300SL instruments which were adapted to modern comfort and electronic operation.

No estimate has been given but another of the AMG-modified 300SLs went up for auction in 2009 and sold for £462,000 ($767,460). That’s comparable with the price of an unmolested example so it will be interesting to see what this one will go for given the current mania in rare classics.