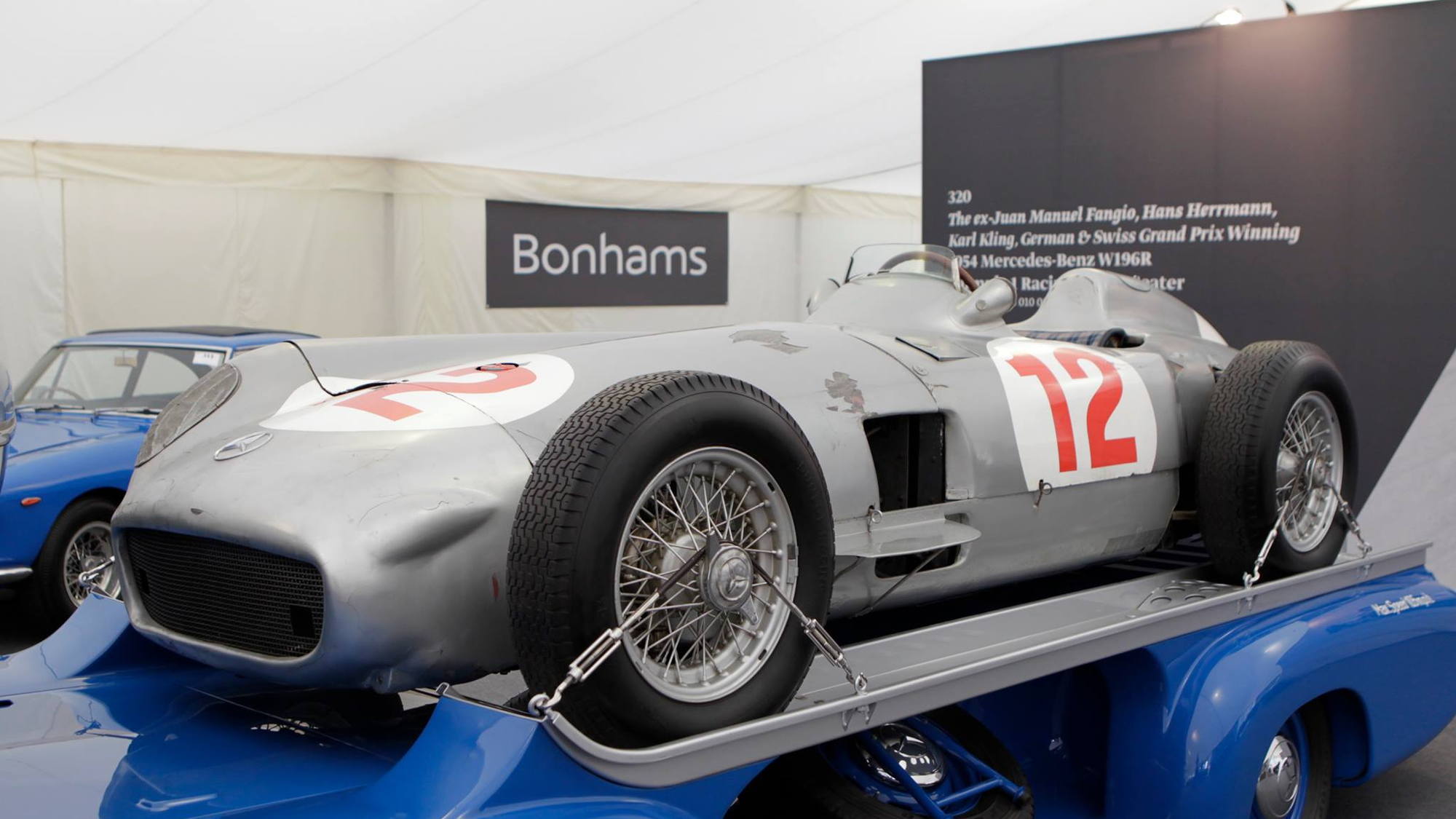 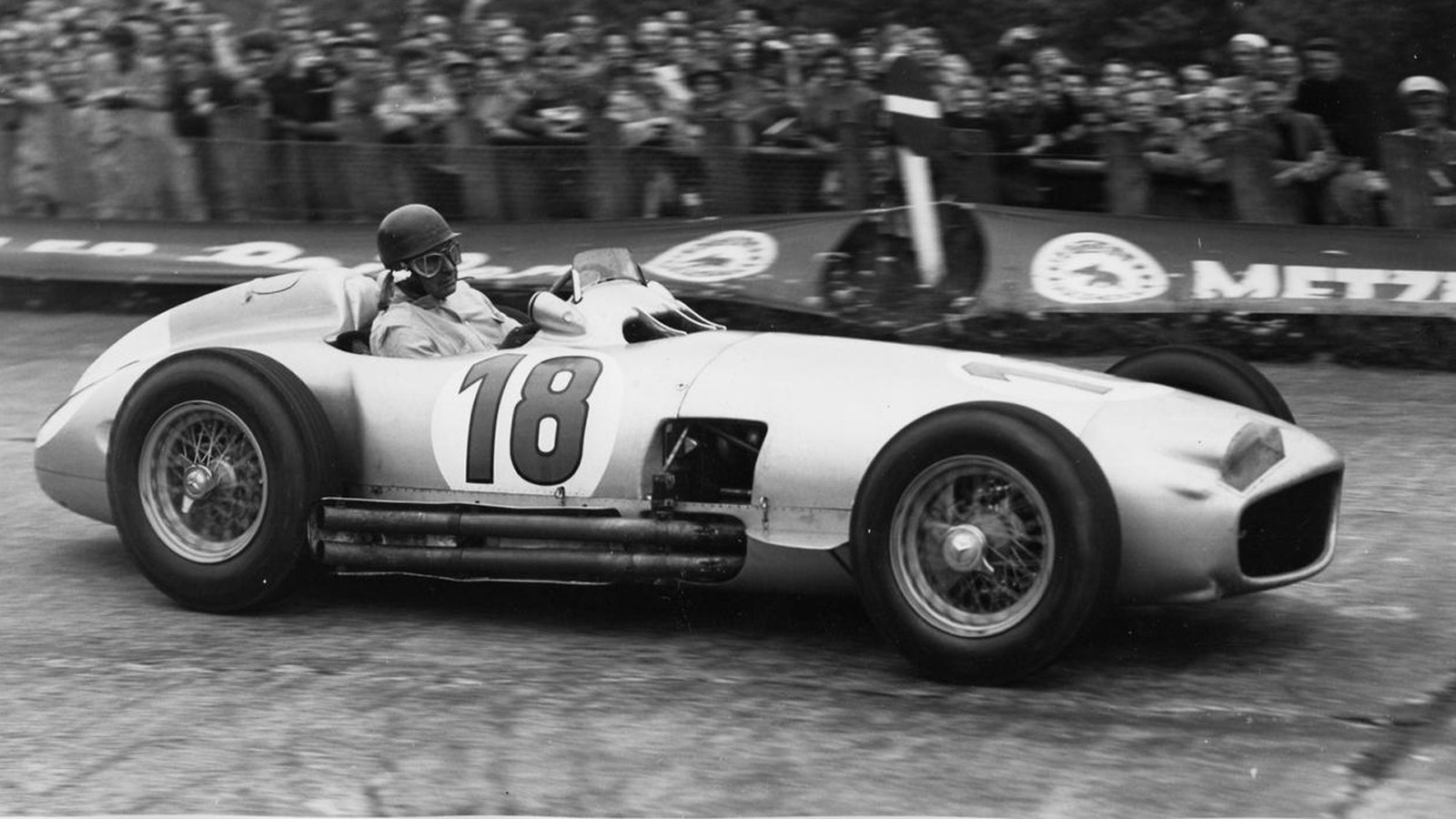 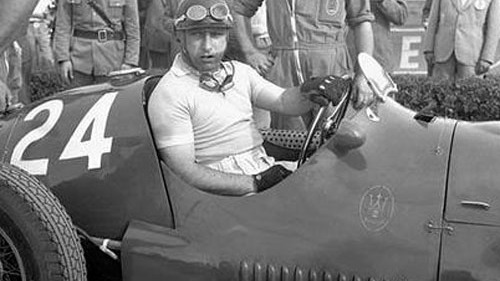 3
photos
Juan Manual Fangio is one of the original legends of F1, and perhaps the greatest. His W196 R 1954 F1 car is nearly as legendary, and now it belongs to a new owner. Fangio's Silver Arrow sold at a Bonhams auction at the Goodwood Festival of Speed today for £19.6 million, or about $29,650,000.

Wearing chassis number 00006, this is the actual car that Fangio drove to his first F1 victory for Mercedes at the German Grand Prix--on the 14.2-mile Nurburgring Nordschleife circuit. Fangio also won the Swiss Grand Prix in the car.

Also driven by Mercedes-Benz racers Hans Herrmann and Karl Kling, this Silver Arrow featured some of the most advanced automotive technology of the time, as you'd expect in an F1 car, including: a fuel-injected engine; tubular spaceframe chassis; inboard brakes at all four corners; Desmodromic valve actuation; and a unique central power take-off from the in-line eight-cylinder's crankshaft to minimize vibration.

For more from the 2013 Goodwood Festival of Speed, click here.