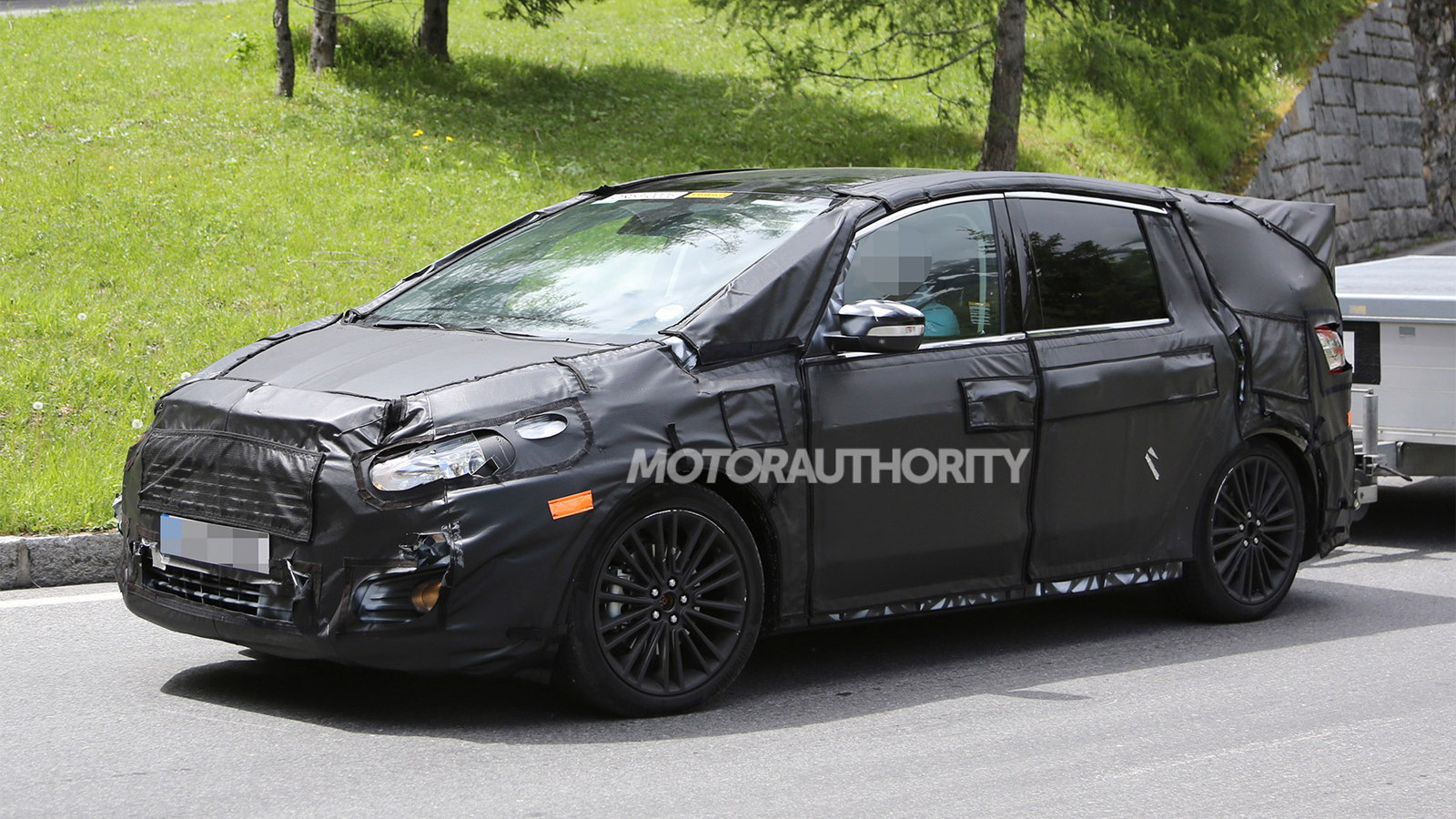 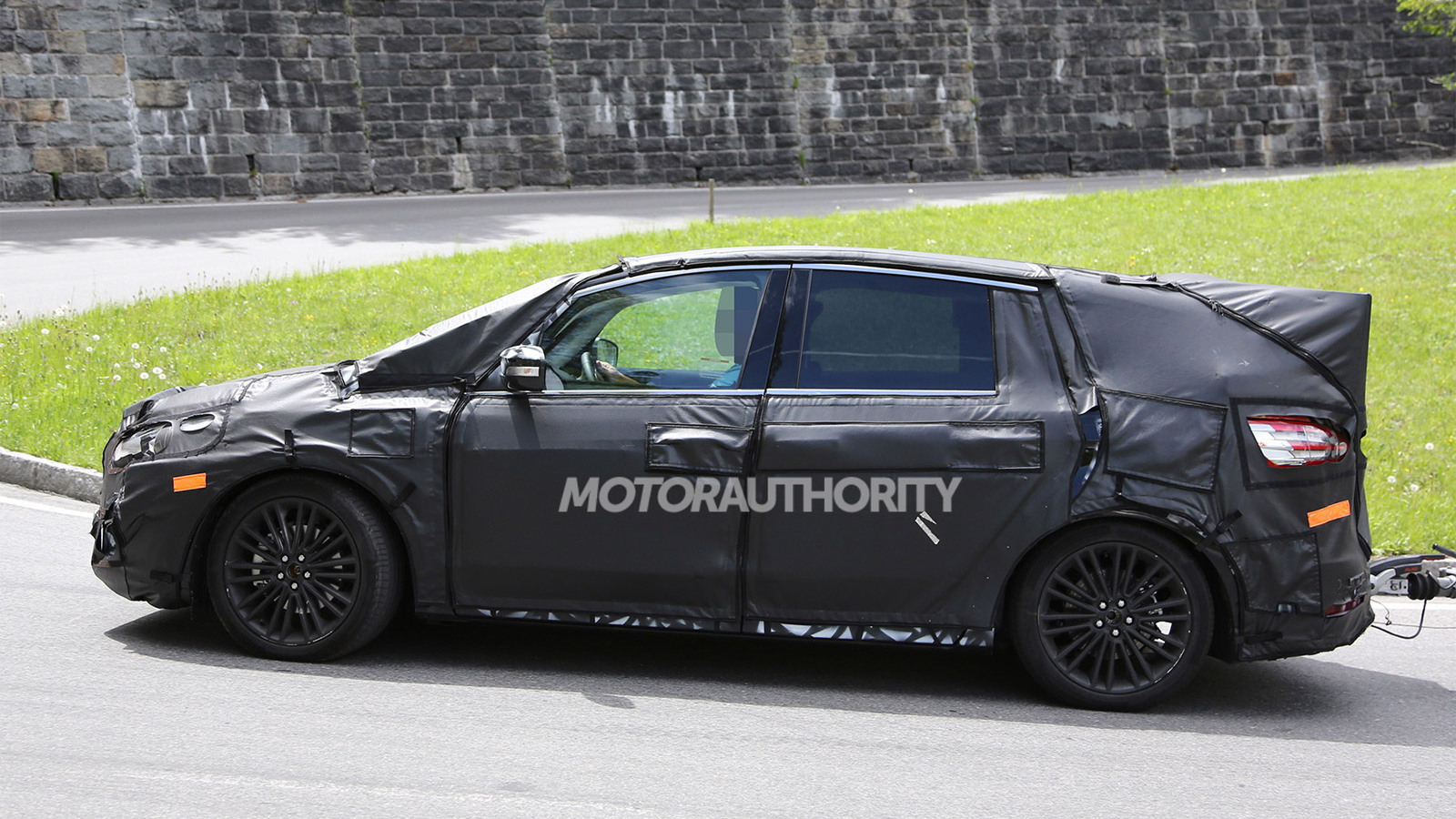 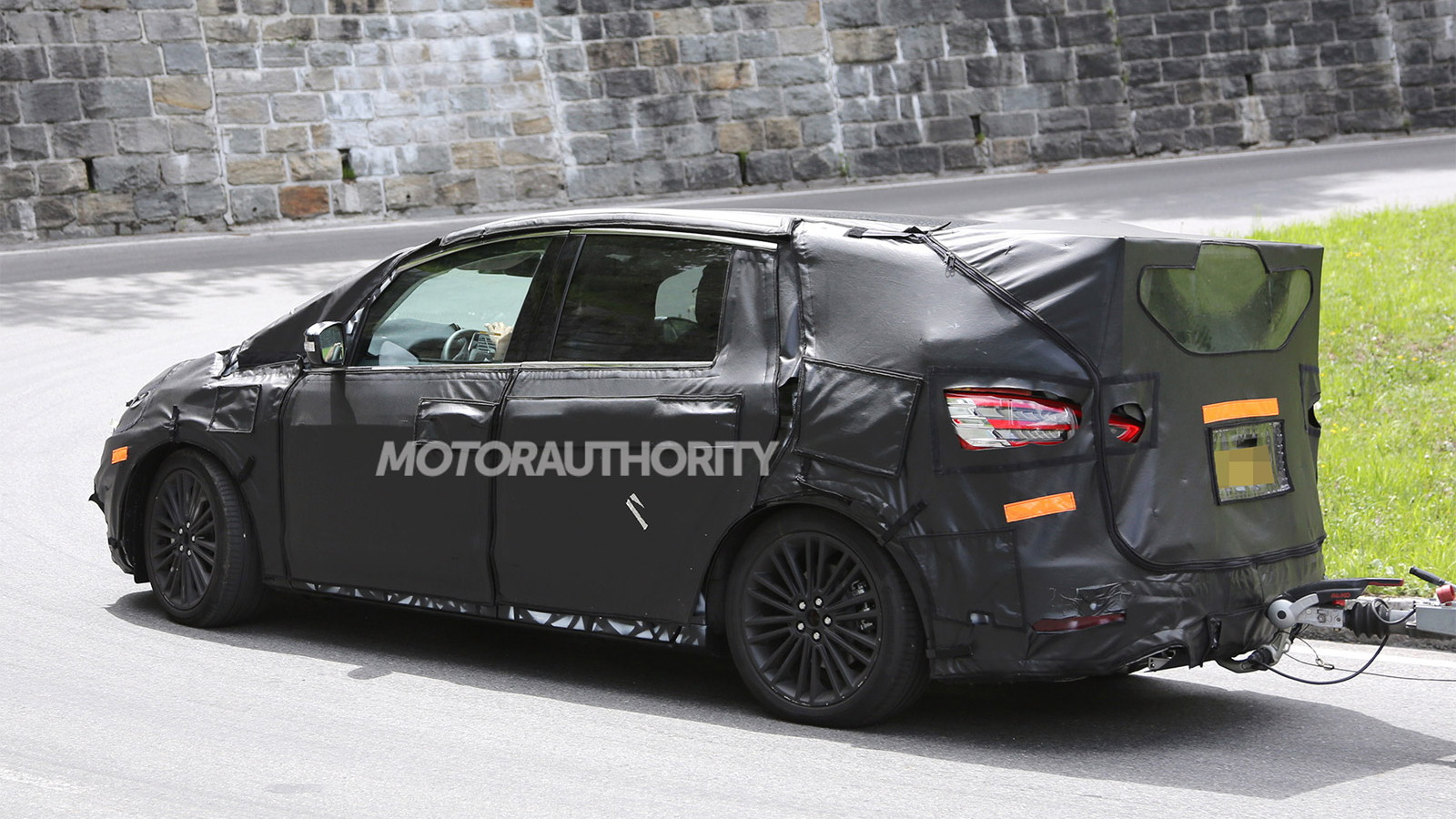 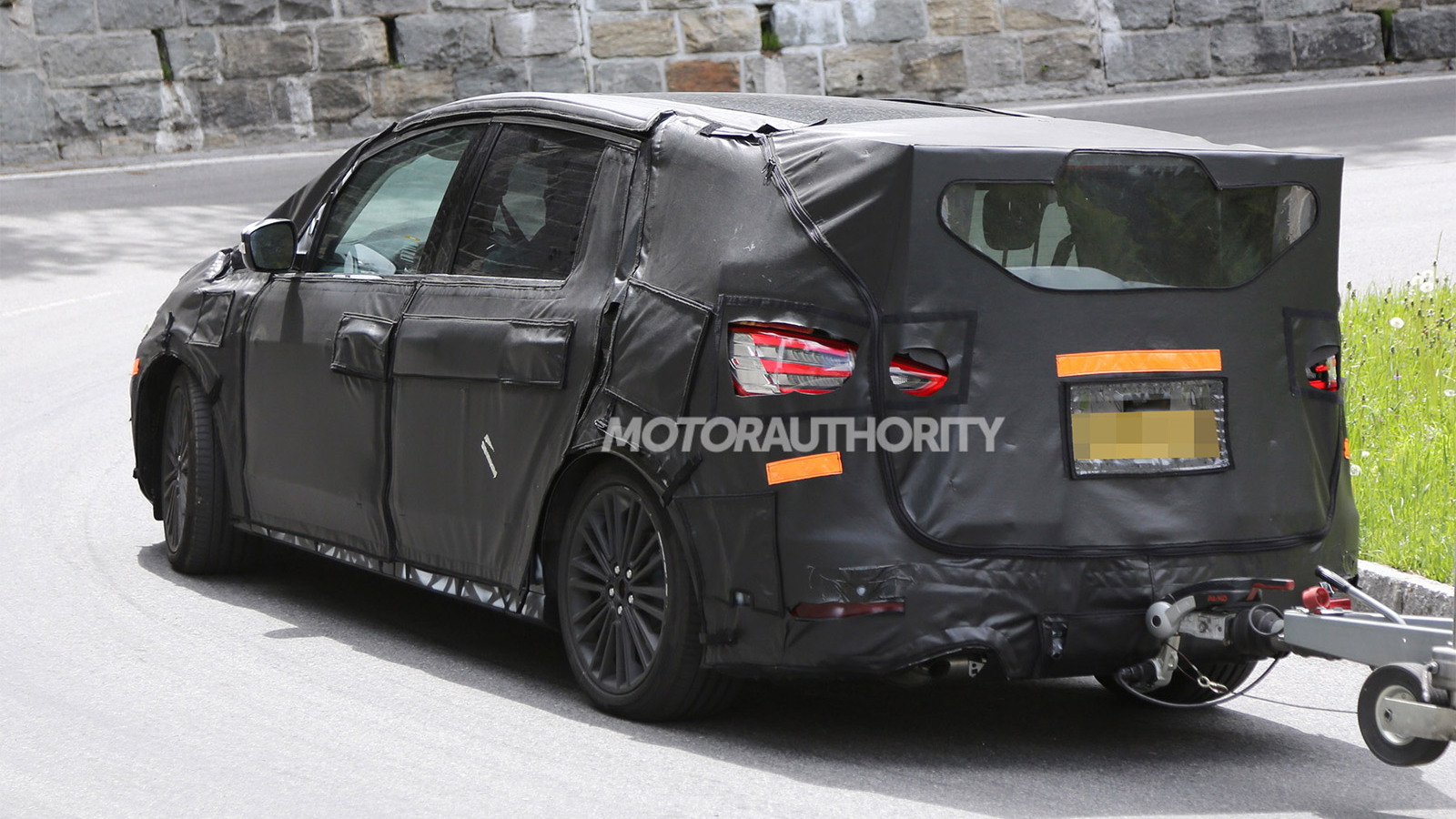 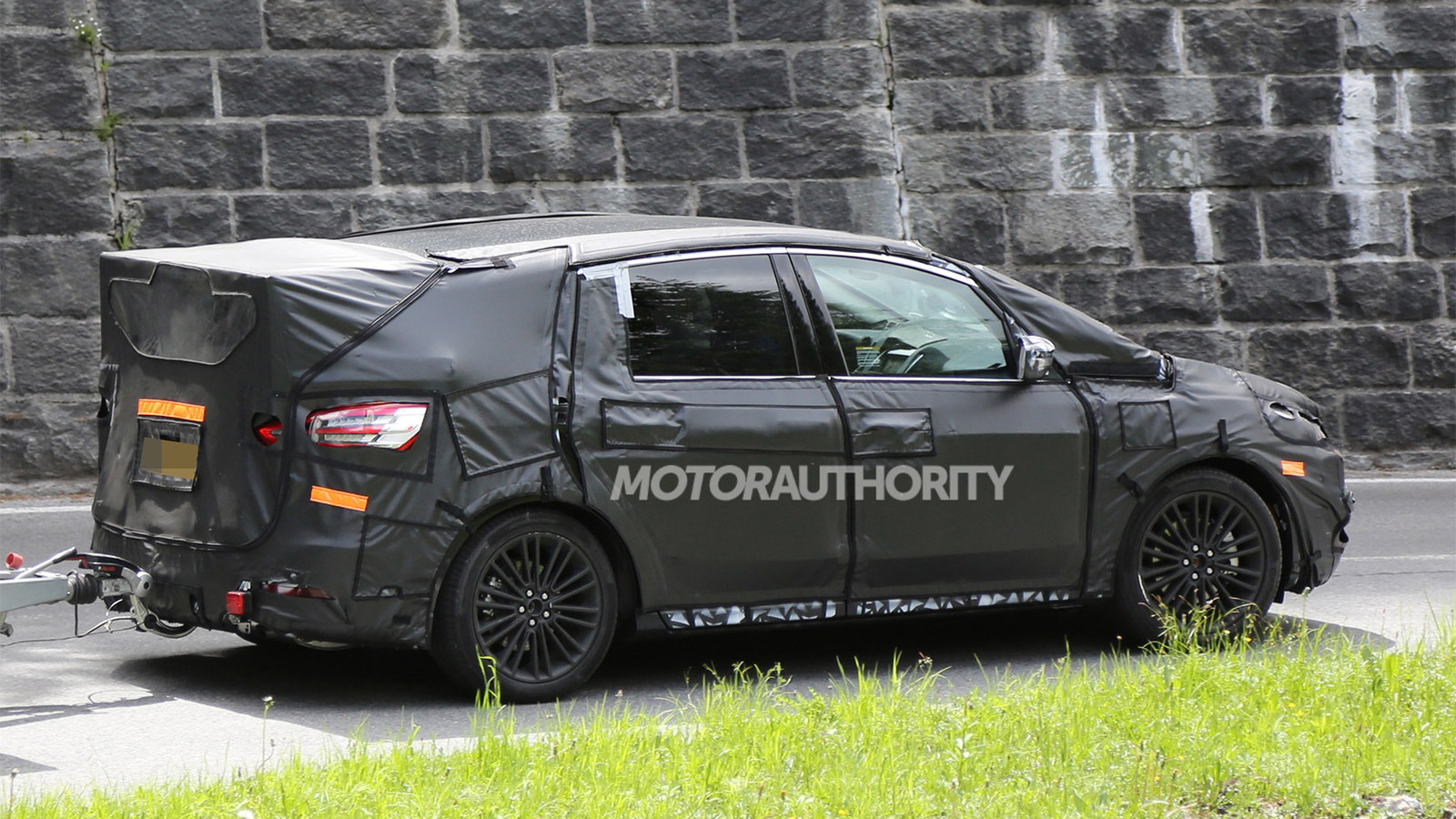 36
photos
The second-generation of Ford’s S-Max has been spotted once again in prototype form, revealing several new details about the upcoming mid-size MPV. The U.S. market never received the current S-Max, which can be seen testing alongside the new one in some of the shots, but there’s a chance that may change with the new generation.

That’s because this new S-Max is riding on Ford Motor Company’s [NYSE:F] front-wheel-drive CD4 platform, which underpins vehicles like the Fusion and Lincoln MKZ, meaning it could potentially be built at the same plants as its platform mates. The fact that prototypes for the new S-Max have previously been spotted testing on U.S. soil also suggests that Ford is at least evaluating the model for local sale.

The latest prototypes remain heavily camouflaged but we already know what the vehicle will look thanks to the unveiling of the S-Max concept car at the 2013 Frankfurt Auto Show. The body will feature four conventional doors plus a rear-lifting tailgate and at the front will sit the now familiar Aston Martin-style hexagonal grille.

Inside, there will be a driver-focused layout and plenty of tech goodies such as SYNC with MyFord Touch connectivity and some new safety features. Only five seats are expected—those needing more will have to opt for a new generation of the larger Galaxy MPV. An upmarket version wearing Ford's new Vignale trim is also expected, though only for the European market.

Power in the S-Max is likely to come from a range of four-cylinder gasoline and diesel engines. For the S-Max concept Ford adopted a 1.5-liter EcoBoost four-cylinder engine, and it’s possible that this configuration will feature in the production model. A hybrid or plug-in hybrid model is also a possibility.

Sales of the new S-Max will commence in Europe in 2015. If approved for the U.S., we would likely see it in the fall of that same year.