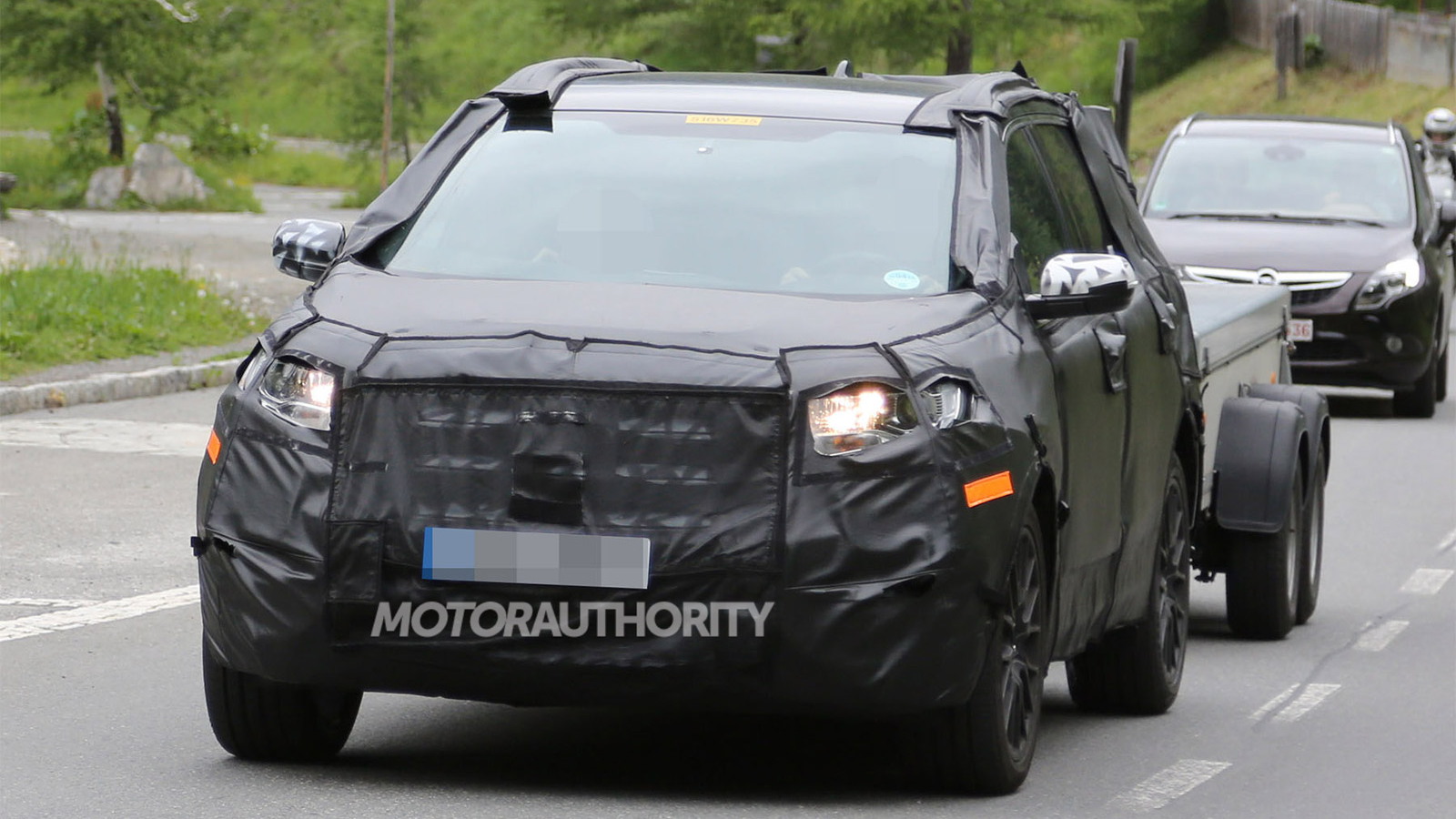 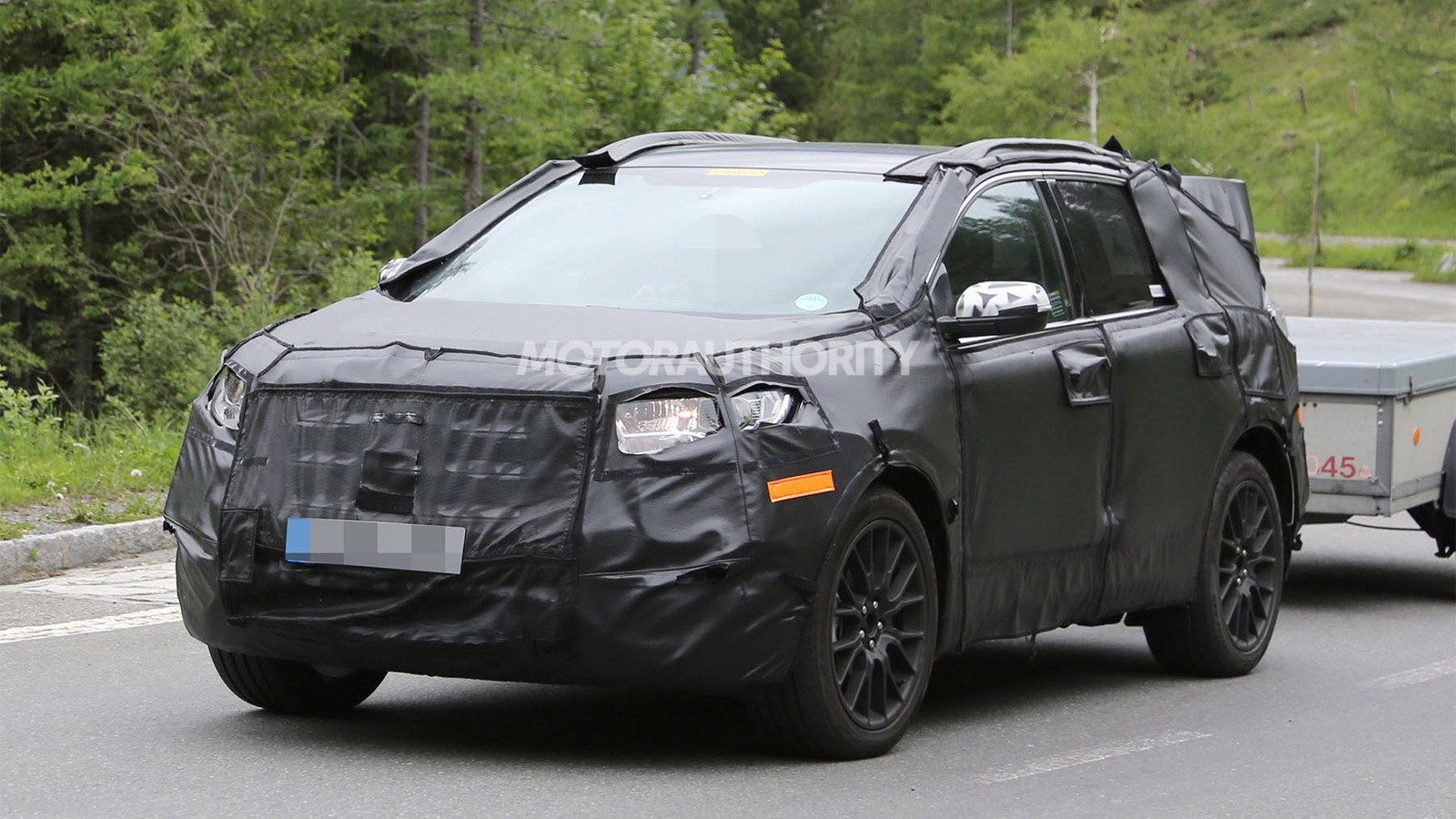 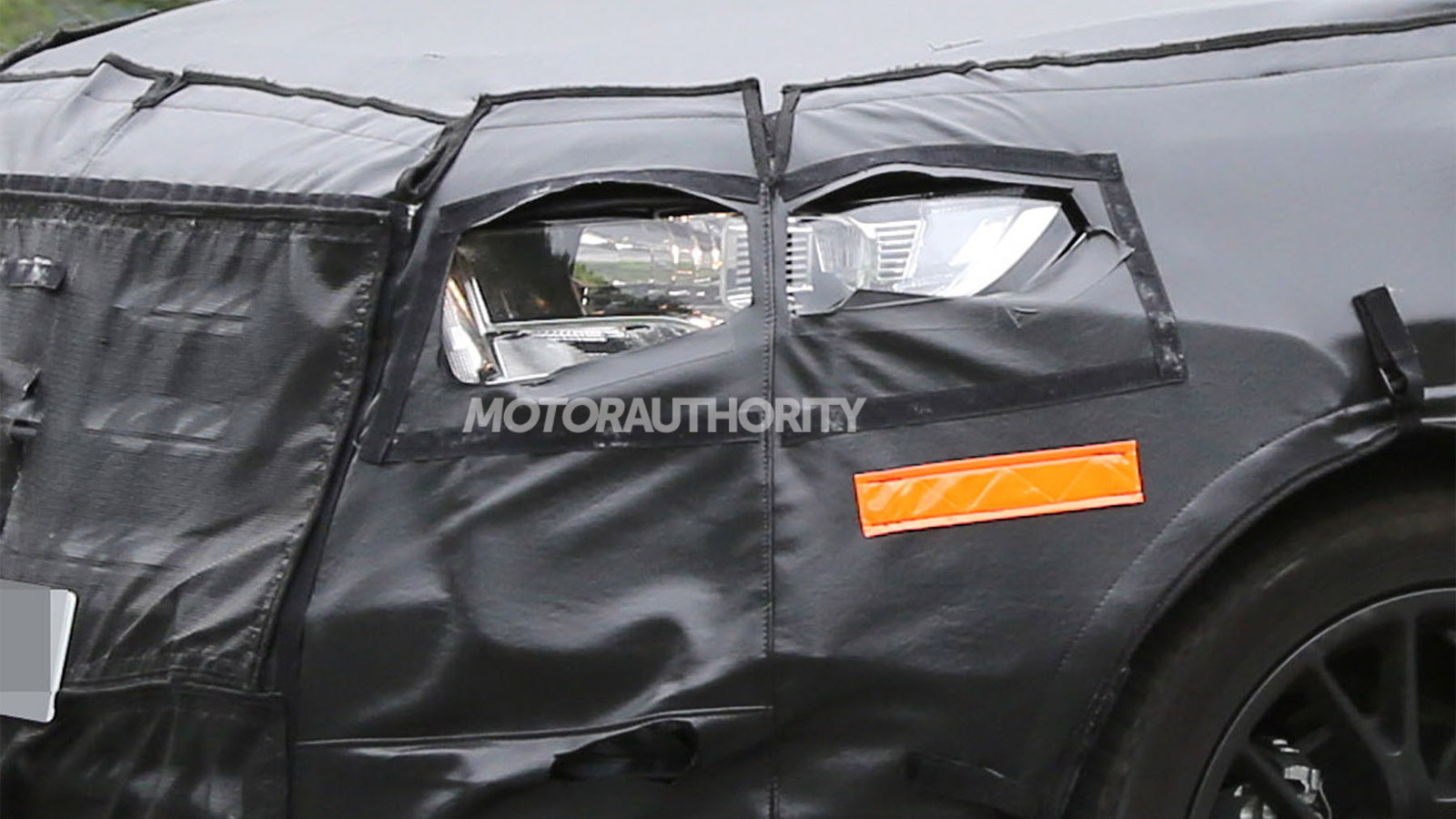 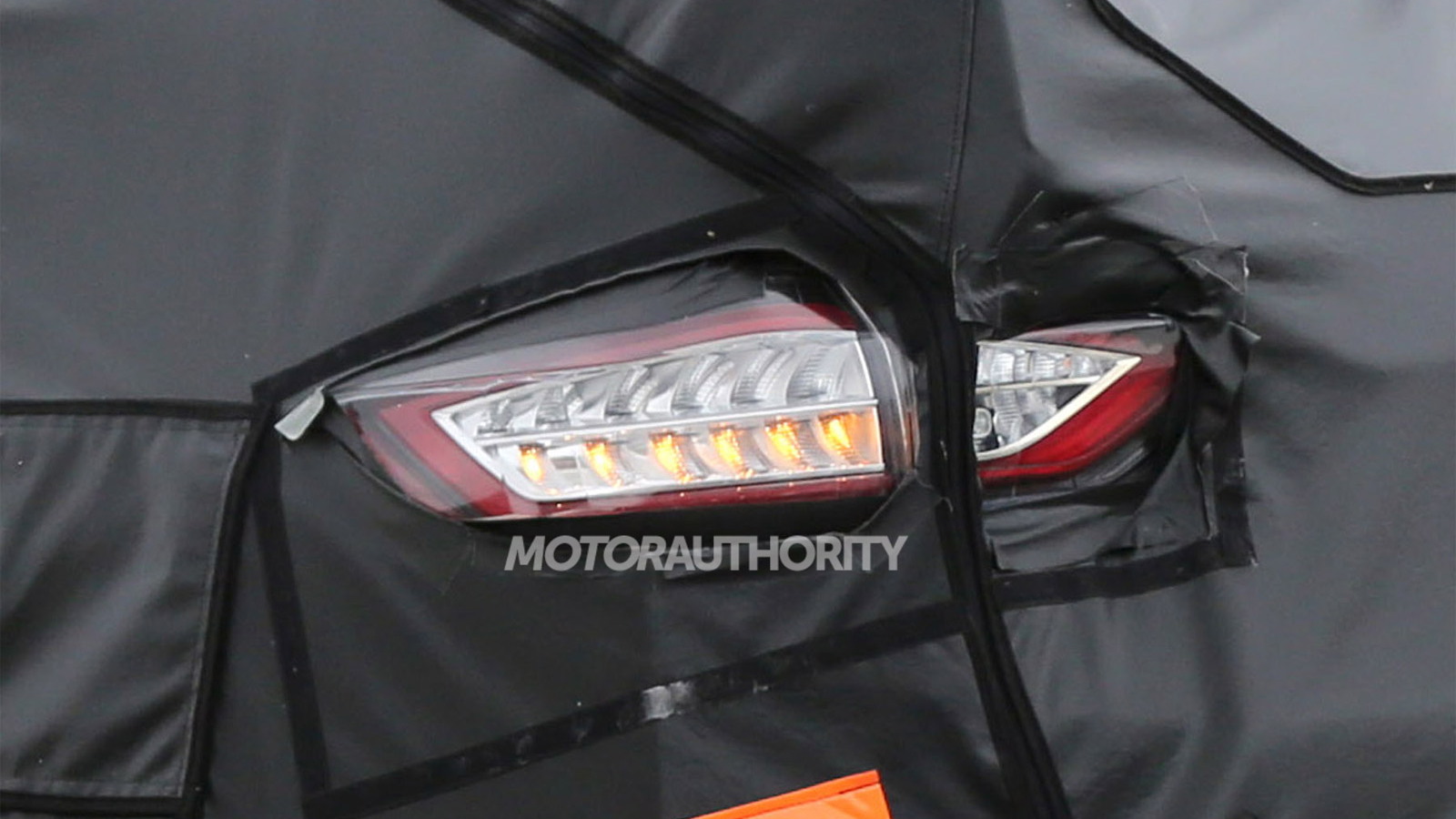 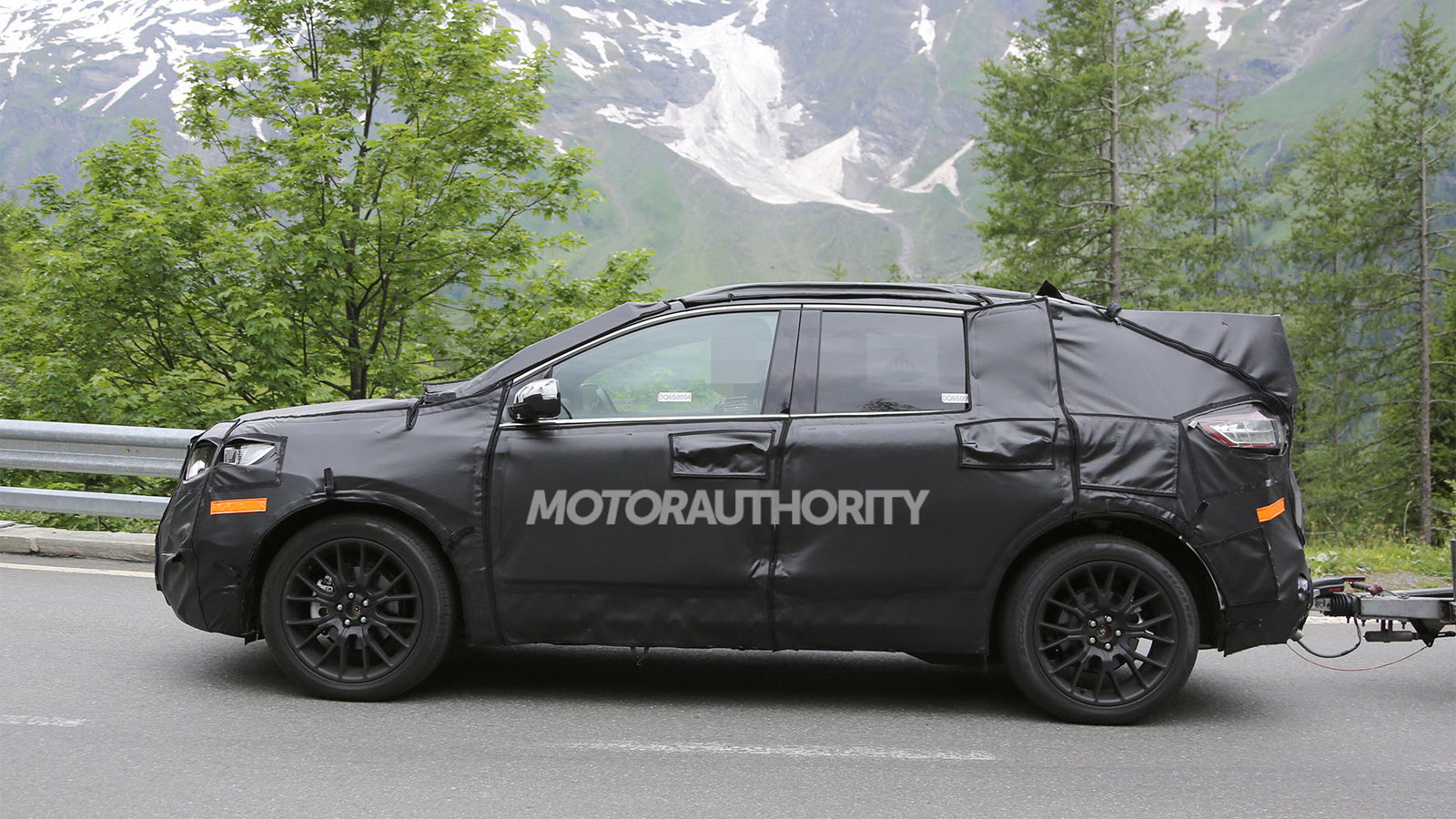 17
photos
Ford is in the final stages of development of its next-generation Edge crossover, a prototype for which has just been spotted. Ford Motor Company [NYSE:F] previewed the new Edge with a thinly-veiled concept version at the 2013 Los Angeles Auto Show, and it looks like the concept’s lines have been transferred over faithfully to the production model.

The new Edge is expected to be launched onto the market late this year or early next, as a 2015 model. When it finally arrives, it may end up offering a hybrid option, engine stop-start technology, active grille shutters, and an automatic parking system.

The 2015 Edge appears to have similar proportions to the current model, but with a design reminiscent of more modern Fords, particularly its front section which resembles that of the Fusion. It should still be sleek and sporty, albeit a bit more conventional in its design. This is likely due to the fact that this generation of the Edge will have to appeal to a global audience, in line with the Blue Oval’s ‘One Ford’ policy.

In the powertrain department, expect the current model’s 285-horsepower 3.5-liter V-6 to continue as the base option on the 2015 Edge. A four-cylinder EcoBoost engine is also expected: either the current 240-horsepower 2.0-liter unit or the new 2.3-liter unit already announced for the 2015 Ford Mustang and 2015 Lincoln MKC. The latter is likely, as Ford’s previous Edge concept was said to be powered by a “next-generation” EcoBoost engine. As mentioned above, a hybrid model is also a possibility, and we're hoping there's also a replacement for the potent Edge Sport model.

Front-wheel drive will be standard, though customers will be able to opt for all-wheel drive. A six-speed automatic transmission should also be standard. The platform of the vehicle is a crossover version of Ford’s CD4 platform from the Fusion, and this same platform will be used for a next-generation MKX crossover from Lincoln.