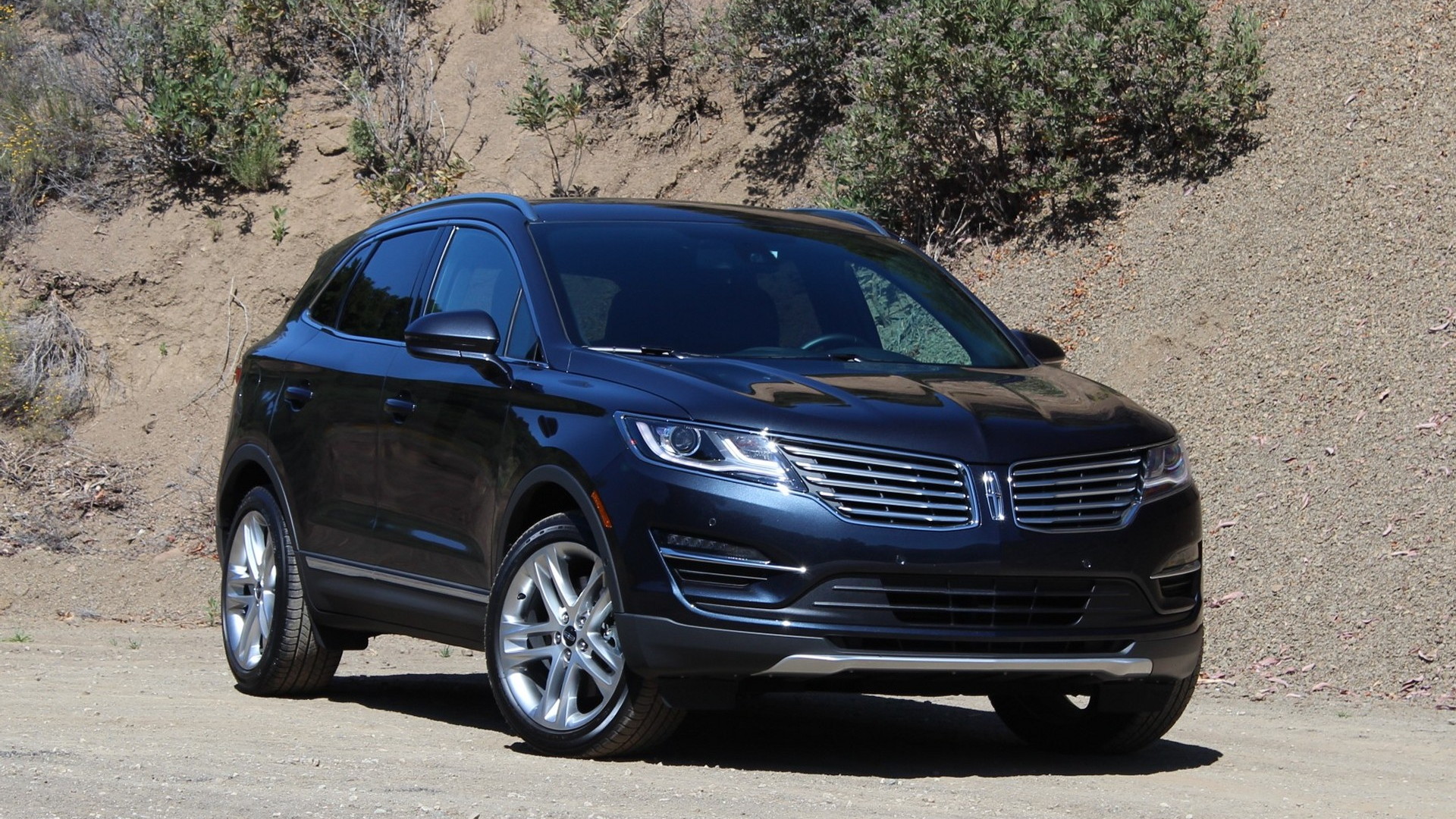 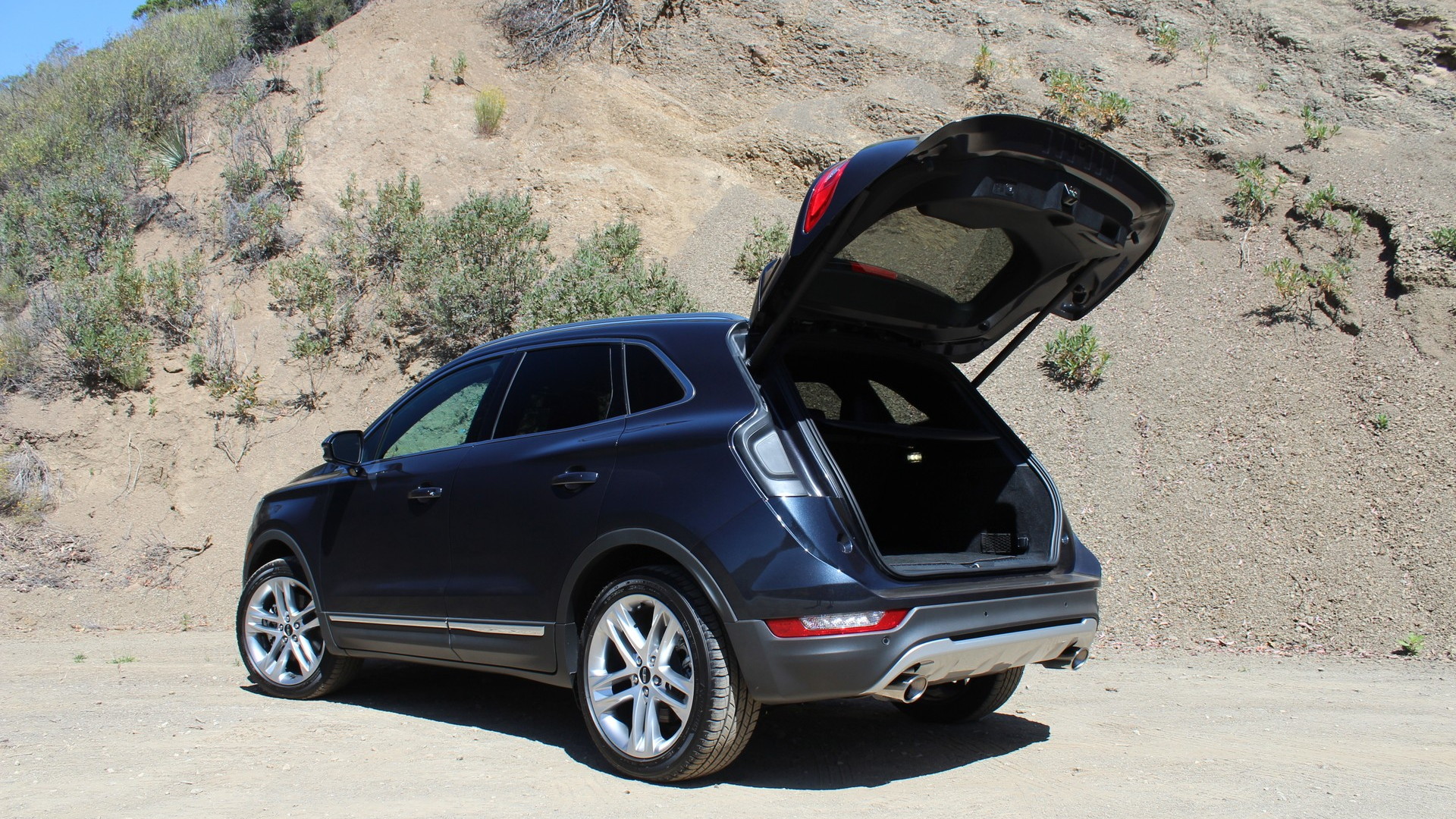 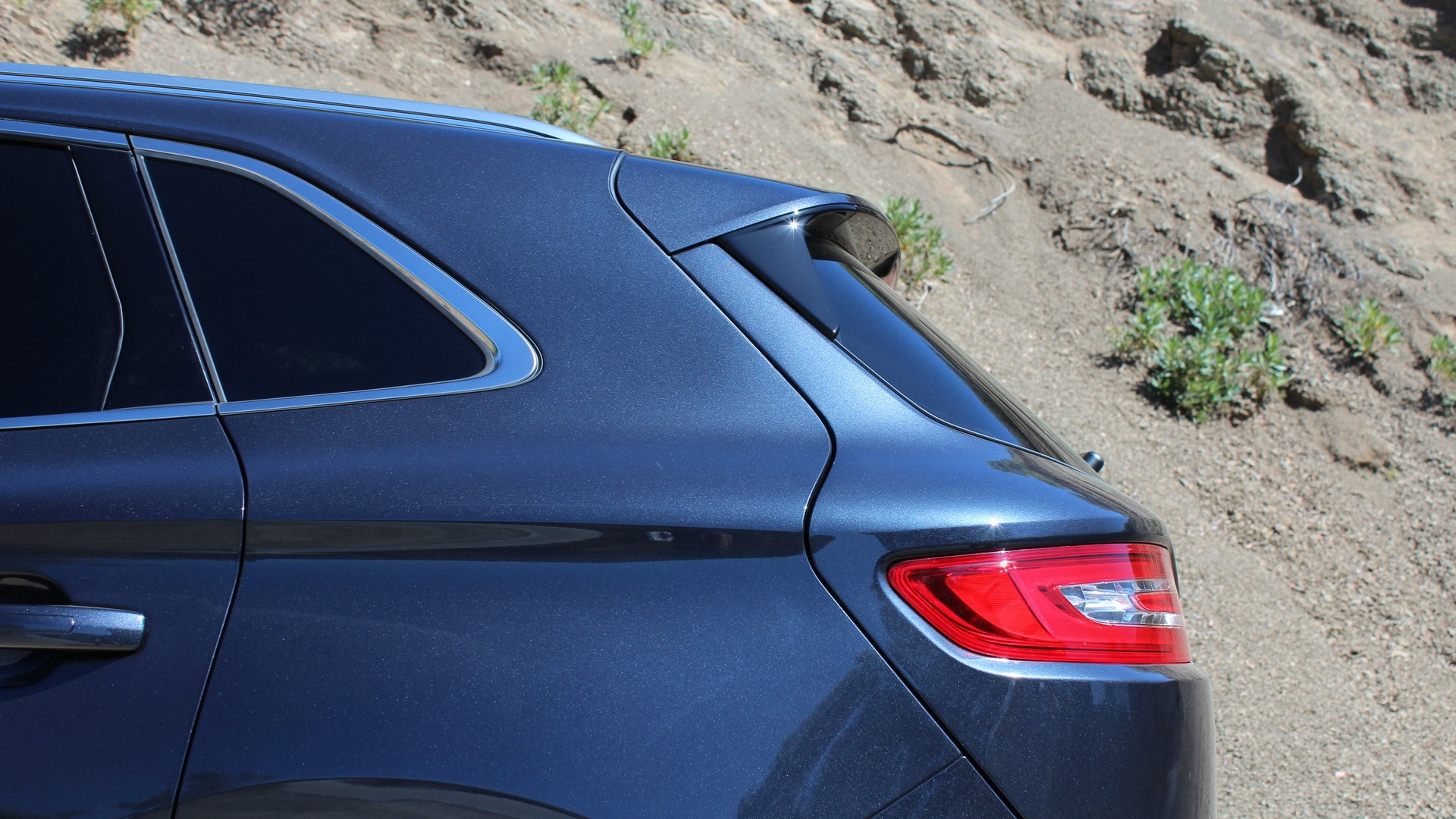 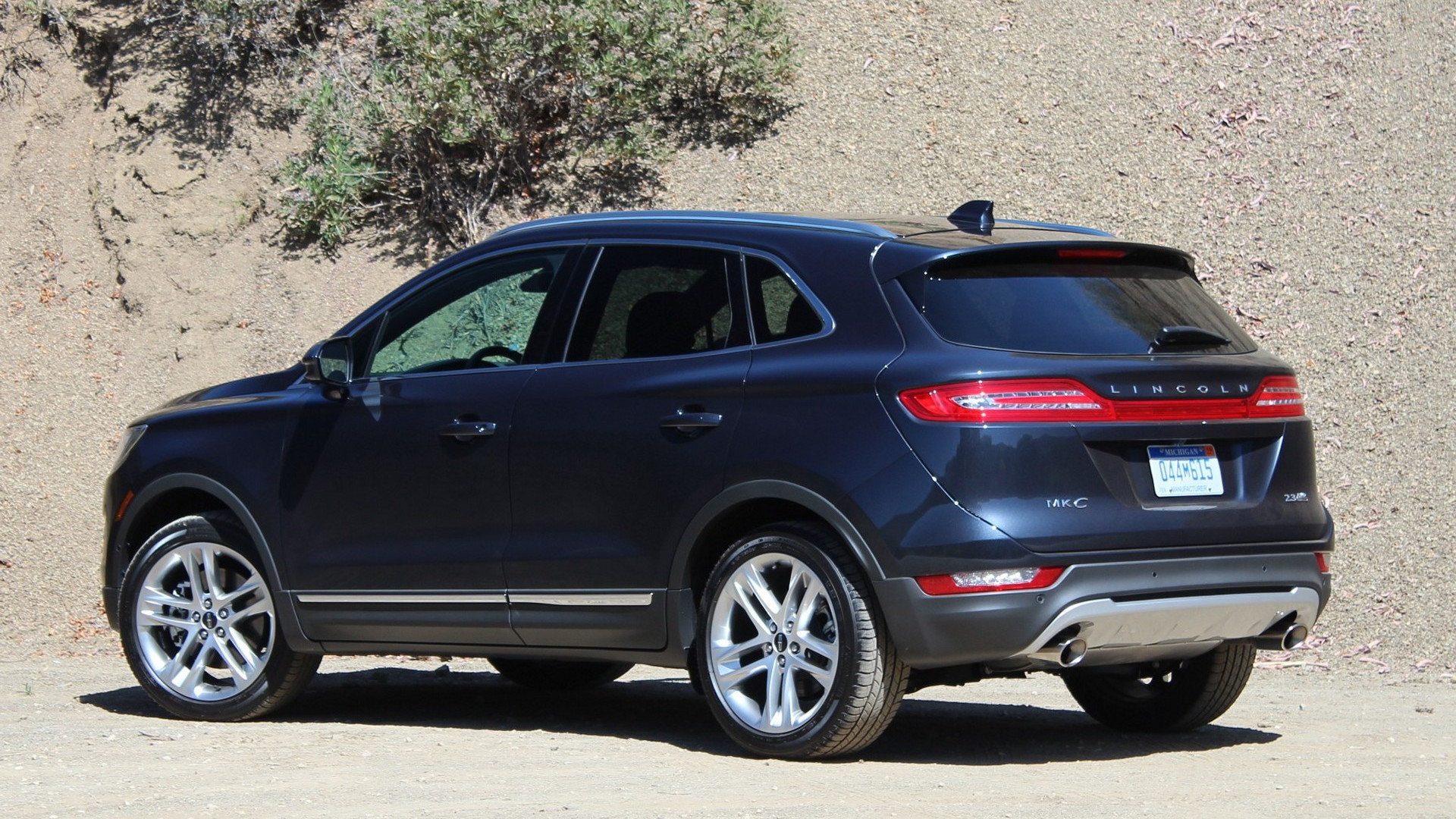 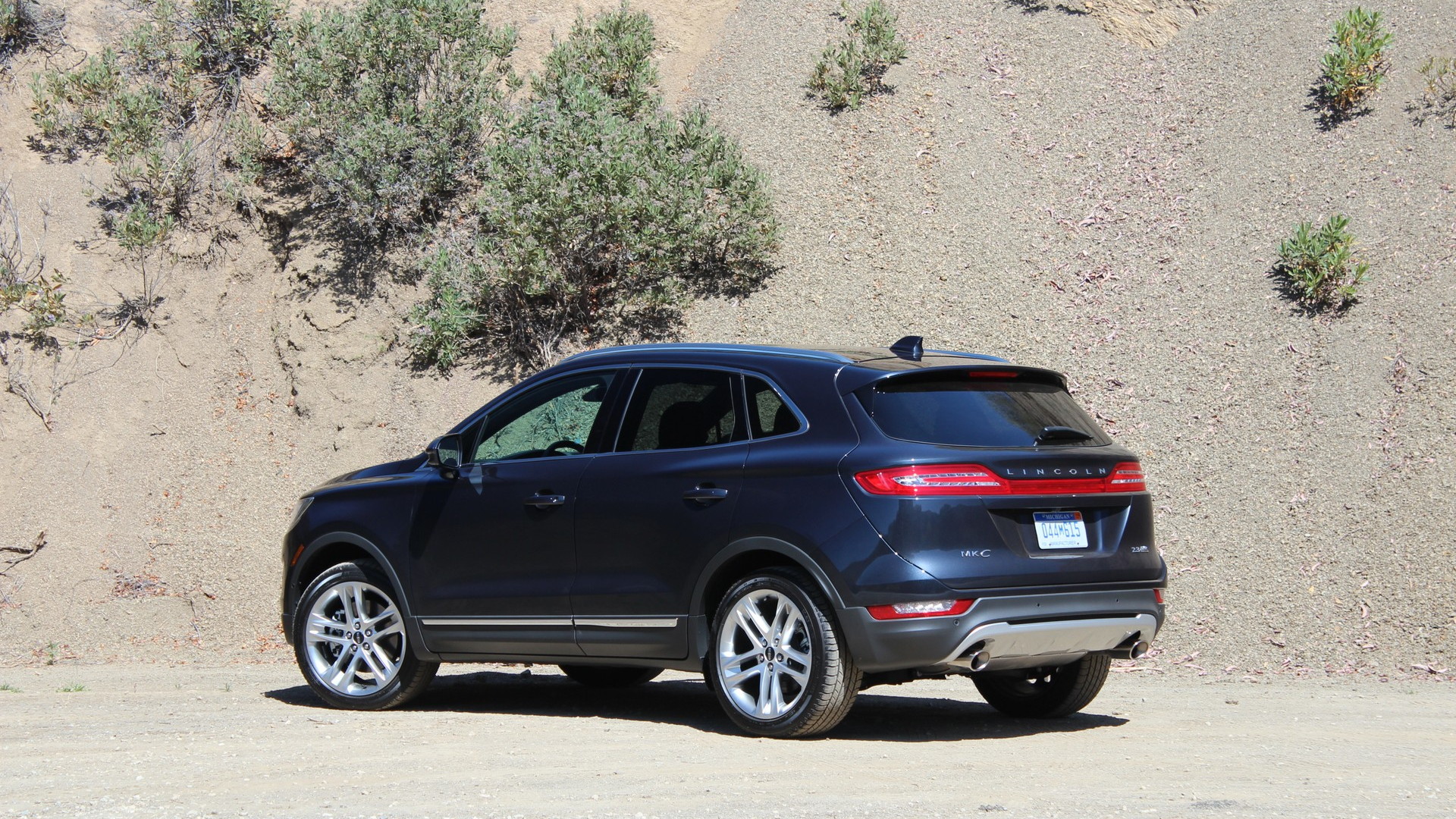 With the 2015 MKC, Lincoln finally has a model that's going to play well in California.

Let’s face it: Those in Dearborn focus so much on doing the right thing for Lincoln, the Brand. But outside of the Midwest, for the most part, Town Cars are Town Cars; Navigators are Navigators; and Lincoln's current larger sedans and crossovers, like the MKS, MKX, and MKT, are mysteriously absent. In California, almost as in China, where Lincoln is just starting to break through, the brand is a clean slate—a clean slate with a little bit of intrigue, perhaps, a la American boom-time ‘heritage brands.’

From this point? Lincoln’s best bet is to go contemporary, providing a modern vehicle that's right in stride with what the market demands right now—and what those younger, first-time luxury shoppers might want. If they can then pack in some of the brand’s heritage style into the end product, all the better, but it's secondary.

Luckily, what the market demands right now are more vehicles like the 2015 Lincoln MKC. So-called compact luxury crossovers are booming. Affluent professionals are choosing them instead of mid-size sedans, and they're packing enough features and comfort to prompt empty-nester types to downsize from larger SUVs.

In a spirited drive of this all-new compact luxury crossover this past week, on Southern California mountain roads that would have had passengers whining and suspensions wallowing in many Lincolns of yore, we found the MKC to be a quiet, sporty, capable rival for some of the best luxury crossovers on the market.

Related, but not replicated

To get the obvious question out of the way first: Yes, the MKC is based on the underpinnings of the Ford Escape, and it carries forward with quite a few parts with that model underneath; but it doesn’t share the same sheetmetal or roofline (the roofline is an inch lower, the beltline is a bit higher, and the sheetmetal is a good deal more voluptuous and interesting from the side. 'Graceful athleticism' is a keyword, and it shows that in its stance, while the clamshell tailgate and horizontal tailgate are refreshingly different in a class of relative lookalikes. It's assembled at the same Louisville, Kentucky, facility as the Escape (to some tighter standards, officials add), but it's also definitely no closer to the Escape than the Cadillac SRX is a Chevy Equinox.

The MKC has some exclusive cabin materials, ride-and-refinement extras like active noise cancellation and continuously controlled damping, as well as under-the-hood hardware that altogether makes it feel like a different vehicle from behind the wheel—especially in the top-of-the-line 2.3-liter AWD Reserve trim that we spent the day with.

That engine is one of the highlights. Ford Motor Co. has pushed its 2.0-liter EcoBoost four-cylinder engine out into much of its Ford and Lincoln lineup by now—in everything from the Focus ST to versions of the Taurus and Explorer. While that arguably produces V-6-like thrust as the base engine in the MKC (and the same 240 hp, 270 lb-ft output), it’s the available 2.3-liter EcoBoost turbo four (yes, the one that will be offered in the Mustang beginning later this year) that definitely secures this model a higher peg, with 285 horsepower and 305 pound-feet of torque—figures that would have been in V-8 territory less than a decade ago.

While this model doesn't drive like a hot hatch, it has a poise and confidence—combined with a level of refinement that's on par with what you'll find in the RDX, the Q5, and the BMW X3.

MUST SEE: Watch A Pickup Truck Get Struck By Lightning: Video

Buyers of this sort of vehicle will surely have some widely varying expectations, from boulevard cruising to—if they can grab some West Coast buyers—occasional mountain- or canyon-road road-tripping. And for the latter situation, Lincoln is offering both a Sport mode as well as normal and Sport drive settings for powertrain, ride, and steering to be set by the driver.

It's all part of a system called Lincoln Drive Control. The idea is that you have one 'normal' set of choices for 'D' and one other, sportier, set for 'S'—all on the odd instrument-panel button-shifter. If you hit Sport twice, you can toggle on a 'full manual' mode that allows you full control with the steering-wheel paddle-shifters. Well, it's not quite full manual, as it forces a downshift when your right foot reaches the floor, but almost. Responses from the six-speed (6F35) automatic are satisfying enough most of the time, and Ford has ramped it up with a stronger torque converter for the 2.3-liter.

In any case, this system lets you program two quite different characters for the vehicle, based on two different steering-assist levels, two performance (powertrain) levels, and three suspension levels. The only catch is that you set those characters through a MyLincoln Touch style menu, with the left steering-wheel toggle. And those settings are buried, in the third layer of menus—so we really do wonder how many Lincoln owners are going to find them, or mind tweaking them.

There's a very pronounced difference in the Continuously Controlled Damping suspension between Comfort and Sport, the two extremes. On a curvy road, we found some secondary motions that were disconcerting there but later welcomed on a choppy, washboard-like section of freeway. And the Sport setting is firmer than we might have ever expected from a Lincoln, leaving loads of grip, surprisingly little lean, and subtle, predictable loading and unloading through some tight, demanding esses.

Could it be the best-handling in its class?

The tuning of the steering really helps impart that unexpectedly sporty impression. It’s flawless, in my opinion; we found excellent weighting, as well as just a tiny bit of feedback over bumpy surfaces when loaded up (desirable, but rare in this class). Brakes are phenomenal, too—they're a world better than the Ford Motor Co. cars and crossovers of just a few years ago—with reassuring bite, a solid pedal feel (they've been upsized for the MKC), and no touchiness.

By the way, the base 2.0-liter front-wheel-drive model performs nearly as well, with a lighter feel overall (it weighs almost 200 pounds less); although it seems nearly as quick in standing-start acceleration as the heavier all-wheel-drive 2.3-liter; transition responses from the 2.3-liter are definitely delivered with more of an instantaneous kick—thanks to the superior twin-scroll turbocharged in the 2.3.

Inside, especially from one of the front seats, there's plenty to see as better than what you'll find in other models that are roughly the same price. Lincoln has padded all areas in front of (and beside) the front and outboard rear occupants with soft-touch materials; even the lower glovebox panel ahead of the passenger is padded. Supple Bridge of Weir leather, with tri-level heating and cooling, add to seats that provide impressive comfort and support in front—although if you plan to exploit all the cornering forces afforded by the sticky (unique to this model) Michelin 19-inch rubber, you might find them a little lacking in side support.

The MKC's controls are pleasing and straightforward, for the most part. Although MyLincoln Touch is a shoo-in here, and one we continue to find a bit frustrating, the steering-wheel toggles are easy to understand. And thankfully, Ford has gotten rid of the much-maligned (and rightly so) capacitive sliders for some functions, like volume, replacing them with physical up/down tabs.

Bright inside, tight in back

At the front of the cabin, the corners have been pushed outward as much as possible, and trims are unusual and contrast-oriented. 'Elegant Artistry' is the term here—think porous wood with bright metal, and glossy wood with matte finish, for example; and it's all illuminated in the top Reserve by a huge panoramic roof. Lots of attention has been paid to sound quality inside the cabin; it's easy to have a relaxed conversation, even when you're moving rapidly over coarse surfaces.

We found very little to gripe about in the MKC. The worst of it is the back seat, where the materials and trims are just as impressive, but the contouring/cushioning don't feel luxurious; like many in this class. It's more cramped than about any model we can think of in this class (around 180 inches long), and with that available panoramic roof six-footers are going to find headroom tight back there.

While we'll reserve final judgment until we can get some extended time in an MKC, but the other sore spot might be gas mileage; we weren't seeing much promising news from the trip computer—which leads us to wonder if this otherwise smooth and punchy engine in the 2015 Ford Mustang will slot under the V-6 in real-world efficiency.

A MyLincoln Mobile app allows a wide range of services from a distance (through the cell network), including remote starting, a fuel-level check, and a vehicle locator. A rearview camera system is standard, but you can opt up to a $2,235 Technology Package suite of active-safety features like lane-keeping, adaptive cruise, a collision warning system with brake support, and a cross-traffic alert system that Lincoln says is a class-exclusive. There's also a new Active Park Assist with Park Out Assist, which now not only helps you get into tight parallel spots but out of them.

Over the base Premiere model, you can step up to the Select Package to get the upgraded leather, more adjustable seats, ambient lighting, and plenty more extras; then top Reserve models get the dual-pane panoramic sunroof, navigation, a hands-free tailgate, and heated-and-cooled seats, among other things. You can also opt up to a THX II Certified audio system with 14 speakers plus a distributed bass system, or spring for extras like 20-inch wheels or several special paint hues. And interestingly, Ford offers the 2.3-liter engine, the Continuously Controlled Damping (CCD) suspension, and all-wheel drive as standalone options, so there are many, many builds possible—although if you want front-wheel drive, you'll need to stick with the smaller engine.

A few grand less than most rivals with the same equipment

Our test car, with the 2.3-liter engine, THX audio, the Tech Package, the Climate Package (heated rear seat, heated steering wheel, auto headlamps, rain-sensing wipers) added up to $49,910—from a base price of $33,995 for the base, front-wheel-drive Premiere. That's in the ballpark, if not less, than all the luxury-brand rivals from Audi, Acura, Lexus, Cadillac, or even Volvo.

Some years back, Lincoln operations were moved out to Orange County, California. Ironically, now that Lincoln is back in Michigan, and even putting some focus toward China, it's made the most appealing Lincoln ever for the West Coast. It's a legit Audi Q5 rival in the form we tested, and we're very curious to see how it matches up against the upcoming 2015 Lexus NX.

In all, because of the active noise cancellation and quiet interior, the active-damping, the gutsy engine, and the fully realized drive modes, the top-of-the-line 2.3-liter Reserve model does feel like something greater. But what about the brand?

Lincoln has been doing a lot behind the scenes to help dig out of its stodgy reputation—including incentivizing its dealerships to keep late-model trade-ins for the brand’s two-year-old CPO program, rather than selling them at auction. The brand was neglected in product and ill-focused in mission for so long that it needs to build that back; and the reputation, cachet, and resale value will follow.

While the MKZ was an eccentric, the 2015 MKC is on message, and a great start on a new path. It's a no-brainer in concept, and impressive in function and form. Lincoln could use a few more of these.