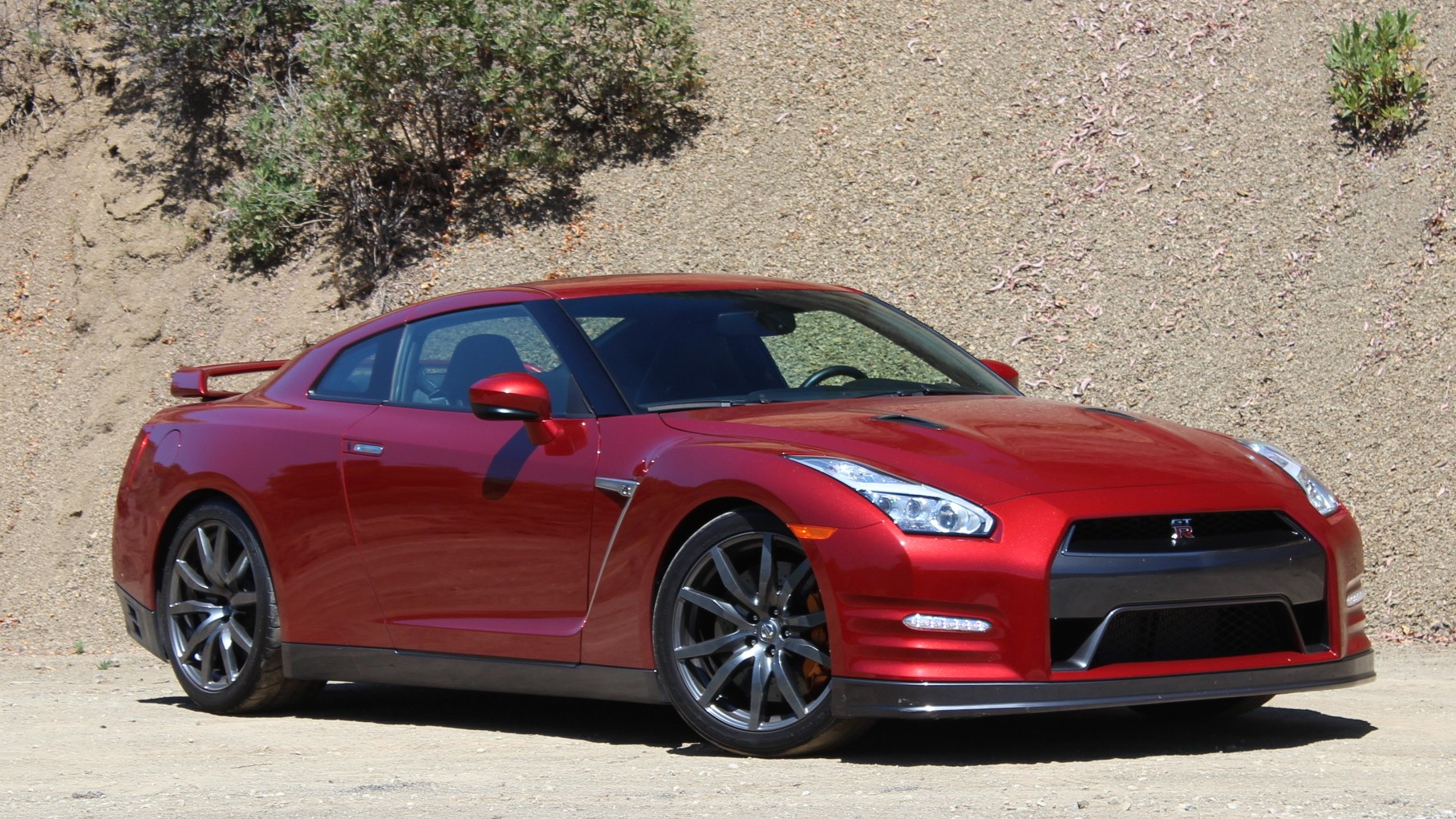 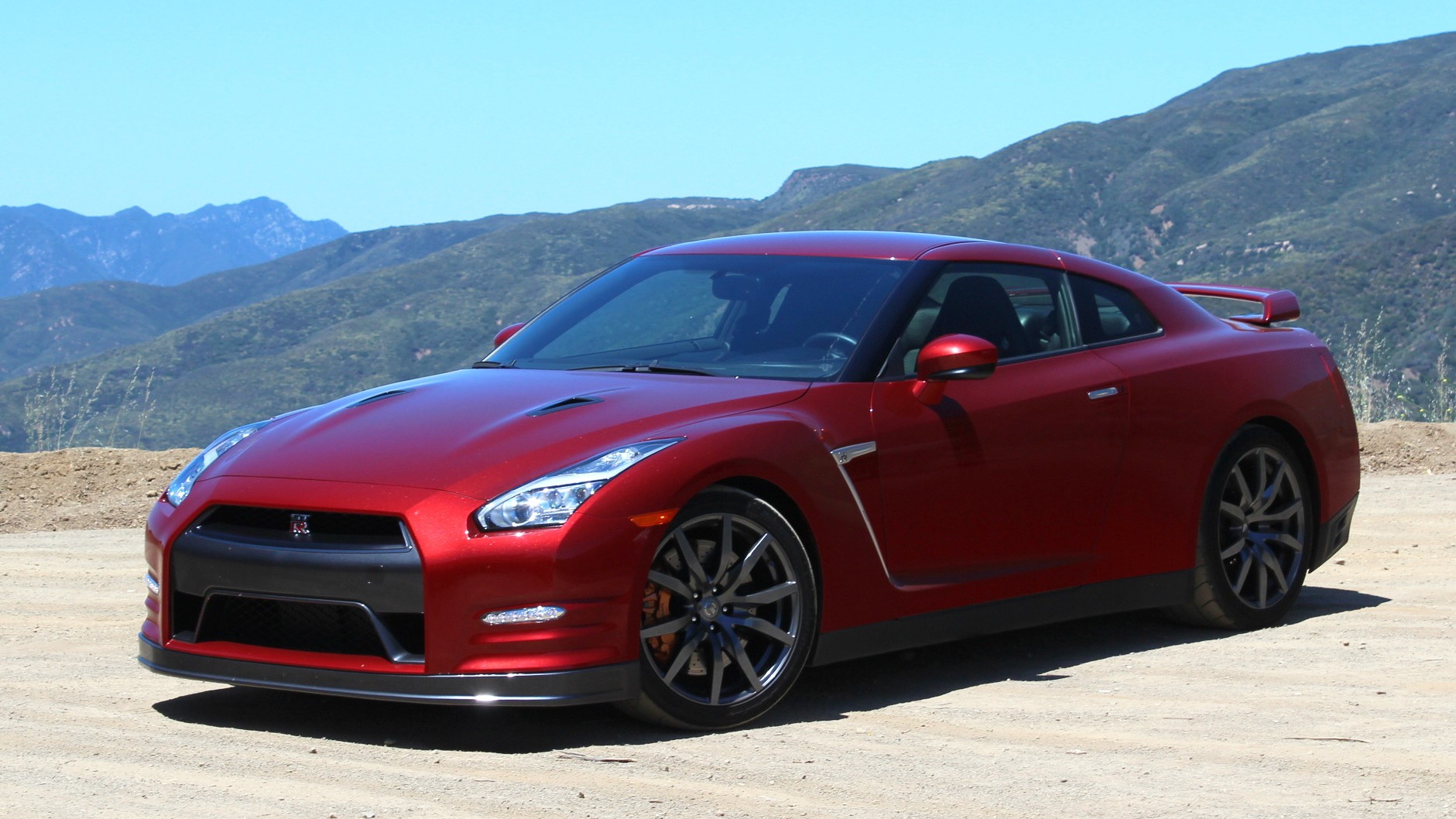 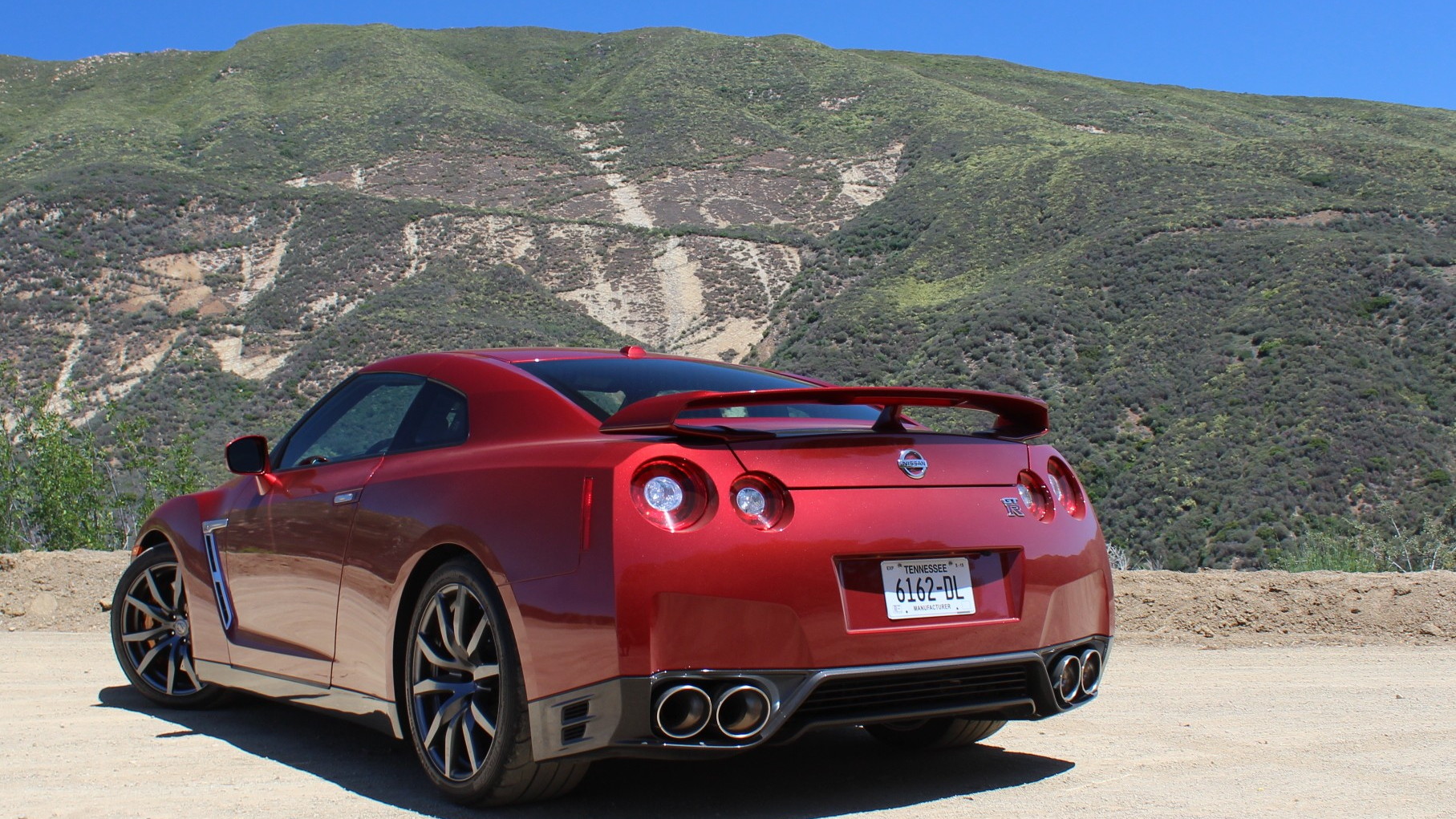 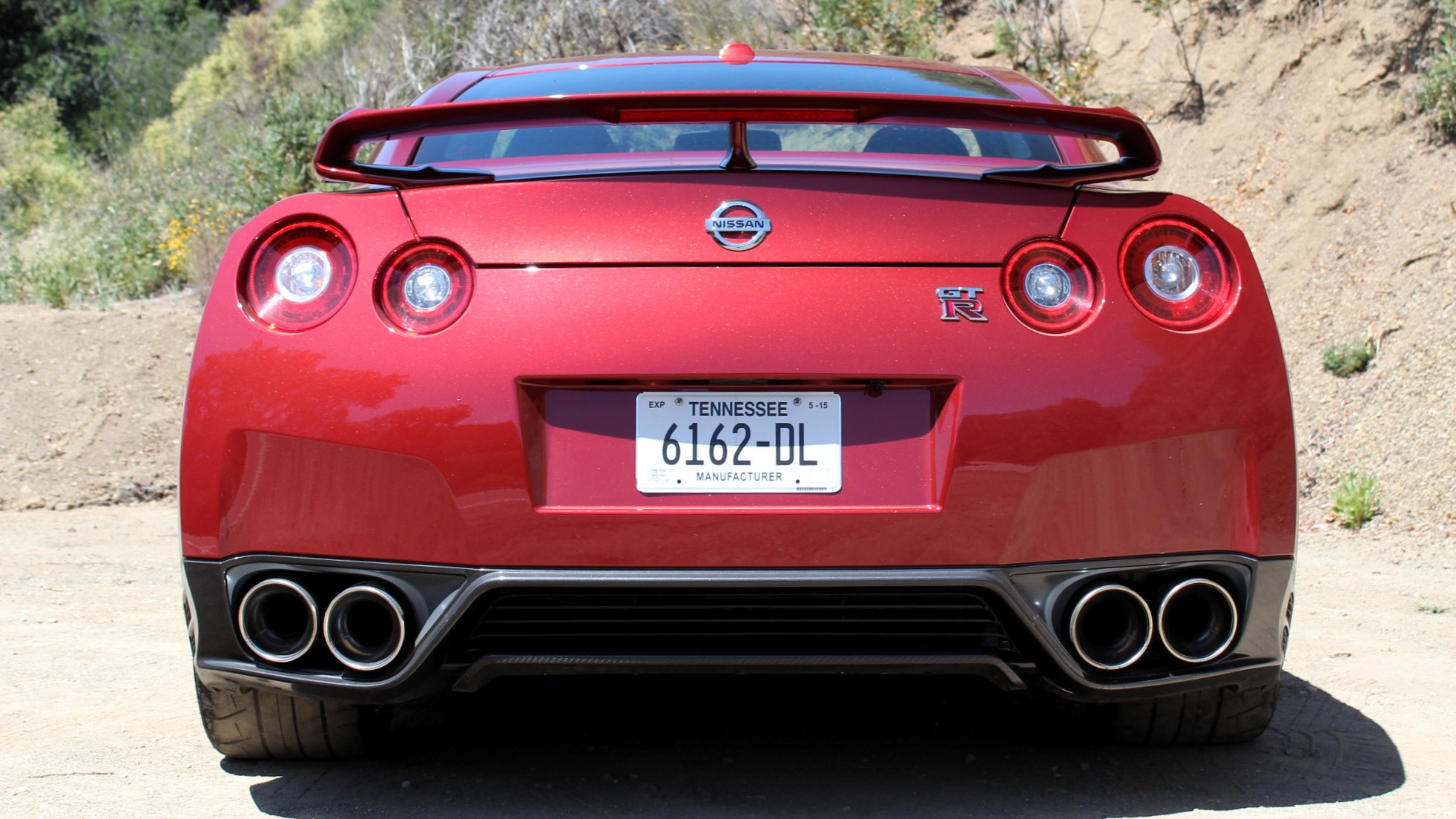 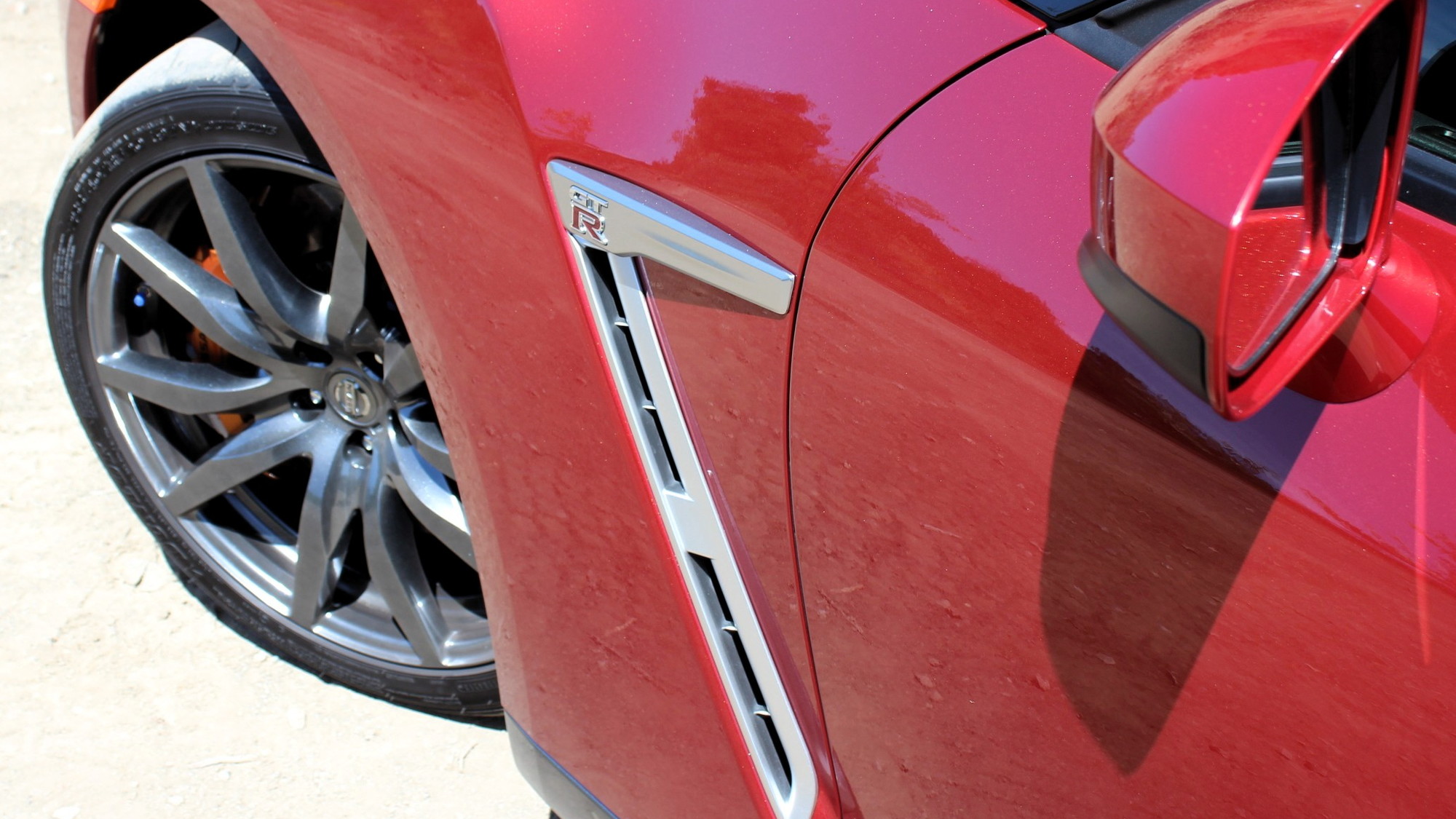 35
photos
The Nissan GT-R is outrageous. Even if your exposure to seeing one has been limited to watching one race by on the street, or to choosing it in Gran Turismo, you know that it's larger than life in some respects. There's no surprise it continues to carry the nickname 'Godzilla' from the enthusiast crowd.

But for 2015 a few of the other typical impressions—like that it's one of the least forgiving road cars for just cruising—deserve to be discarded.

And those without all those preconceptions about the GT-R probably do see it in a completely different light. I have to admit that I was a little surprised when, as I made a quick Starbucks stop with the 2015 GT-R (no caffeine required for this car, by the way, just habit), I was approached by a 30-something lady in a Lexus who wanted to know about “that beautiful, handsome 'R' car” I was driving.

She said she'd never noticed one, and seemed puzzled to see that it was actually a Nissan—then even more so when I told he that it was one of the quickest road cars at any price. I conceded that a lot of people who didn't read car magazines probably wouldn't know of the GT-R, and how it's something of a connoisseur's car for car geeks and track types.

What she must have locked eyes on must have been the beautiful new Regal Red paint—a $3,000 option, with real embedded gold flakes that gave the GT-R an extra luster in the morning light. But as I cruised along some traffic congested Southern California highways, I realized that those comments encapsulate how the 2015 Nissan GT-R, which has received a sweeping round of tweaks and under-the-surface engineering changes, feels in its entry GT-R Premium form—more handsome, even graceful, and definitely less of a full-time brute.

More handsome, road-trip ready than ever before

For one, freeway cruising, and cruising along on coarse surfaces or choppy pavement is no longer bordering on torture. There used to be hefty helpings of road noise, tire road, and engine note on steady-speed cruises, but thanks to an all-new active noise cancellation system, most of that has been struck out. Engineers say the system cuts a whopping 10 decibels of engine boom alone; but they also installed more sound insulation underneath and at the firewall.

What you now hear, instead, is a faint and very tolerable amount of road noise; you don't hear the engine all that much when you're not accelerating or up in the rev band, but you still do hear many of those mechanical noises—of gearbox lash, and the occasional graunching of the dual-clutch gearbox, and the whine of the differential.

When we got an early chance to drive this significantly revised model late last year, with some track time on a small road course in Japan, and a short road loop nearby, we found that all the appealing intake and exhaust sounds are still there—just not all the time. Now that we've had an extended drive on U.S. roads, we can vouch for that, and it's a good thing.

It's a good thing, because what it all adds up to is a car that you can much better enjoy—not just when you're out on the most demanding roads, or that racetrack, but on the way there as well.

Heading along a pitchier stretch of blacktop, I appreciated another one of the changes: Thanks to an effective steering rethink, the 2015 Nissan GT-R no longer feels so twitchy on center, over pitchy surfaces. There's a new steering pump, new steering gear, and a fresh calibration that's tuned for reducing effort at lower speeds but keeping the loading and feedback at higher speeds. At the same time, the steering and front-suspension changes collectively help reduce the number of small corrections at highway speeds. You don't have to constantly hand both hands so tightly on the steering wheel, on choppy surfaces, to keep going straight.

And that doesn't take any of the fun away when you do get to the mountain hairpins. While the GT-R isn't the type of car that you explore the limits of on a narrow public road, you can drive it more rapidly than the upper limits of many sports cars, all while feeling you have a wide margin of control remaining, thanks to the capable all-wheel drive system, loads of grip, and suspension tuning that's only gotten better.

Power and torque haven't changed since when we visited the previous GT-R last year here in the U.S. With 545 horsepower and 463 pound-feet of torque, from its 3.8-liter twin-turbo V-6, the GT-R can blast to 60 mph in a launch-controlled sprint in just 2.7 seconds. Tap into full throttle and full boost from 2,500 rpm or so and you'd better be prepared for a wild (and blurry-eyed) ride up the rev range. All the while, its six-speed dual-clutch gearbox is never subtle, smacking into the next gear on full throttle and often lacking much finesse at low speed, as well (you'll never mistake this for a sedan powertrain). However, it doesn't care to waste revs if you're driving leisurely, ratcheting up to sixth gear before 45 mph if you're light with your right foot.

Our test car came with a $106,650 bottom-line sticker price, with part of the premium over the $101,770 base price applying to the. For the first time this year there's also a new Ivory interior option, with hand-stitched semi-aniline hides—although the all-black interior of our test car was a tastefully contrasting combination to that lustrous, gold-flaked red.

Serious enthusiasts—the 'car geeks' I was pointing to, us included—are also going to be able to pick the 2015 out in traffic for its new LED headlamps with 'lightning bolt' accents, and for the different illumination pattern of its LED taillamps. Inside, the gauge cluster gets a new carbon-fiber background throughout.

Of course, there's also the 600-horsepower, $150k+ GT-R Nismo—the fastest GT-R ever produced, including special racing-inspired aerodynamic pieces, carbon-fiber lower aero work, a carbon-fiber trunklid, and Recaro seats, plus a specially bonded body for increased rigidity and, of course, a specially tuned suspension. In all, it builds on some of these base-level GT-R changes, but it's a mother lode of items gleaned from GT3 racing, all properly integrated and road-ready—but we hope to get some track time Stateside with this monster sometime soon. You can read our first drive of the car in Japan, at this link.

As for the GT-R Premium, yes, it's still an outrageously quick, outrageously wicked beast at heart. Just one that with a few meaningful changes (and possibly that fancy paint), feels a lot more handsome.