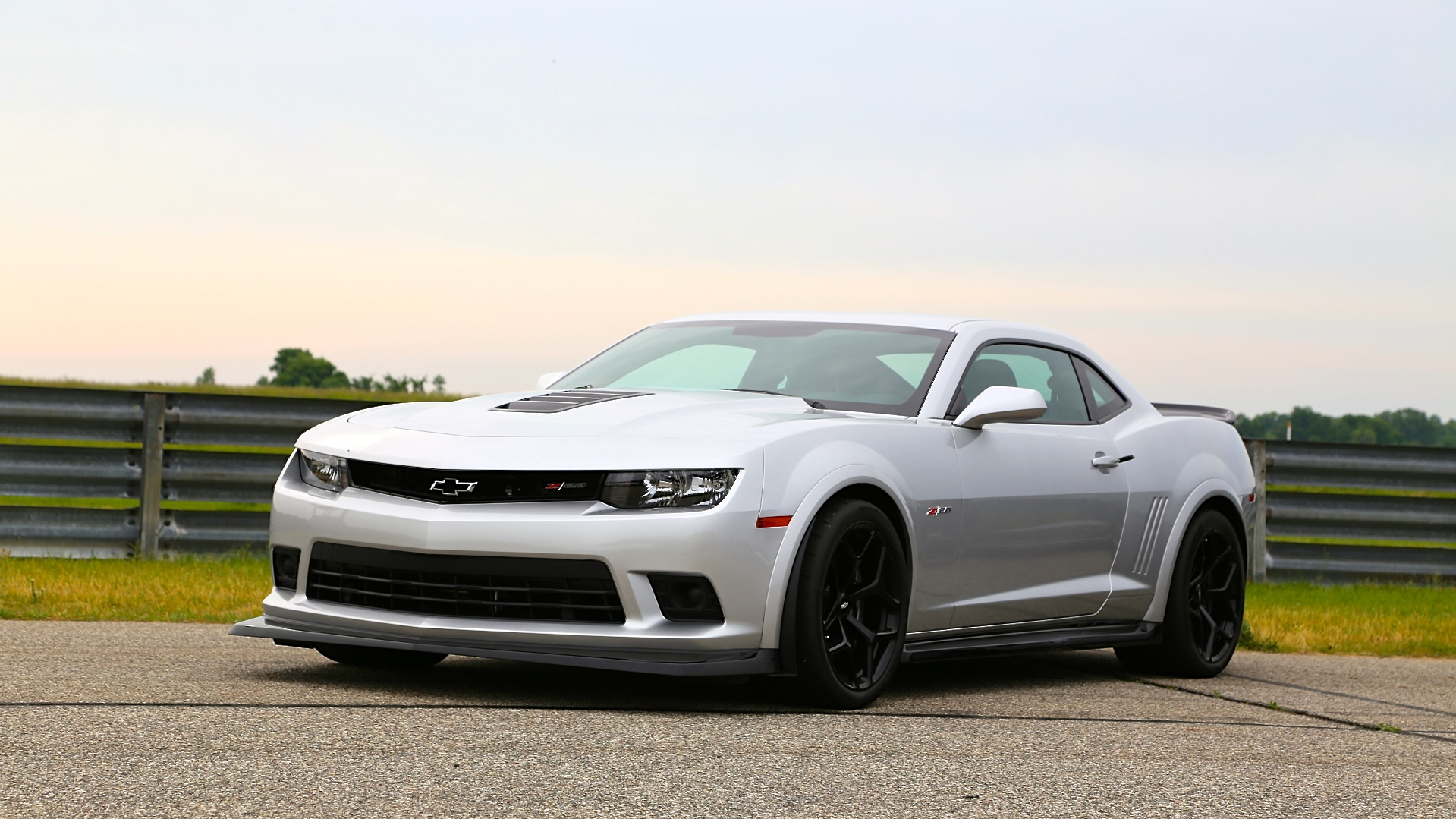 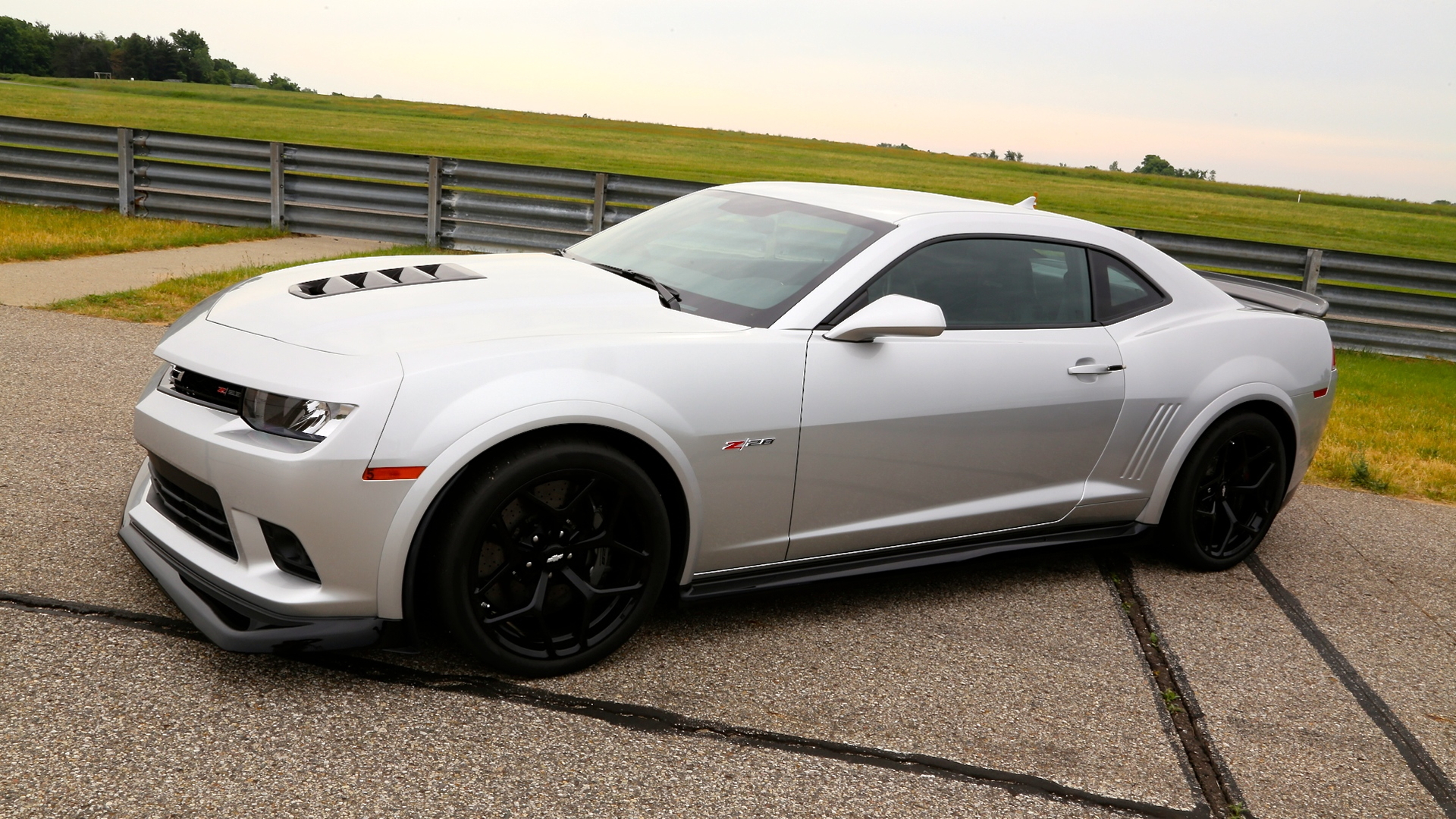 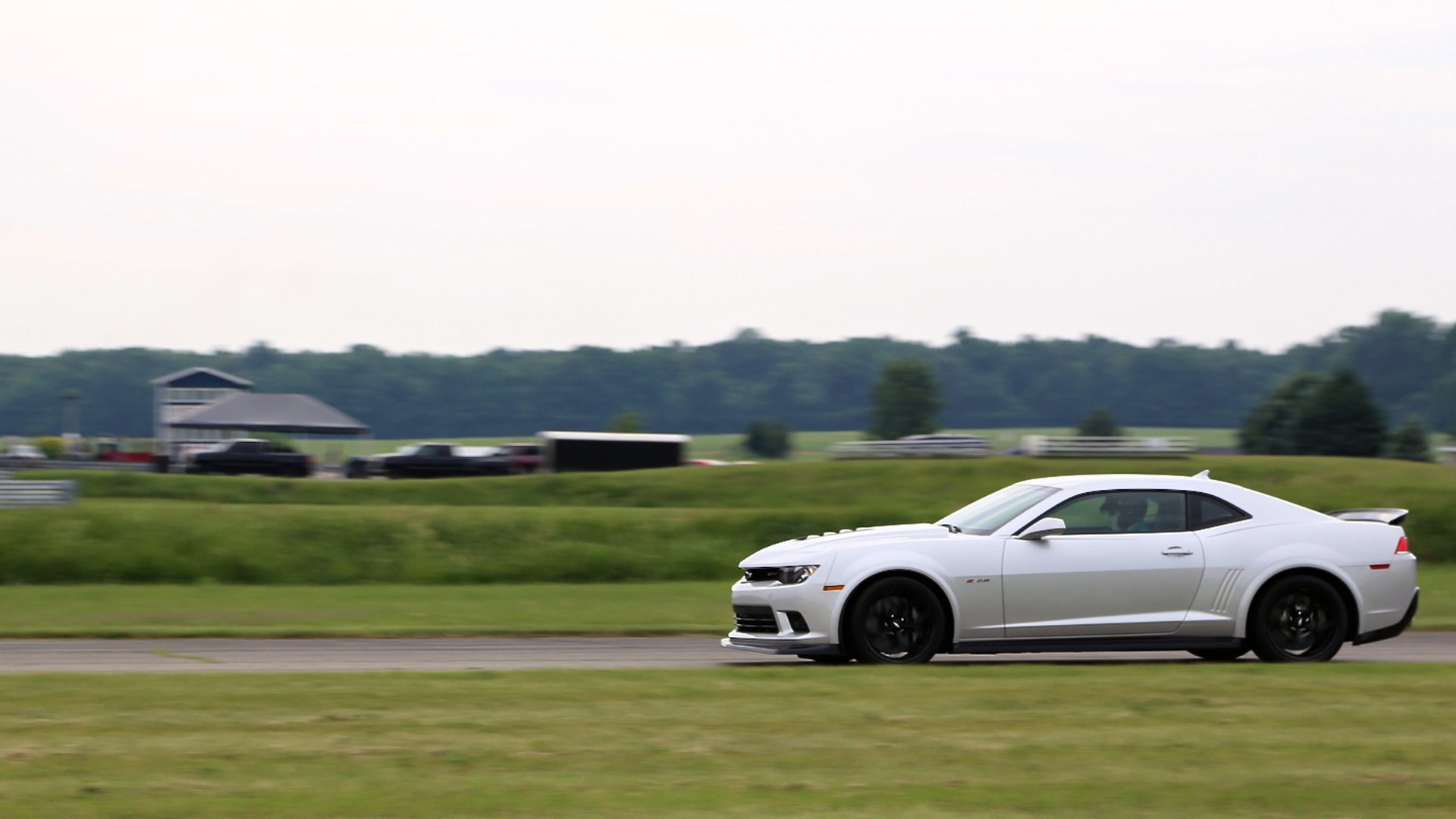 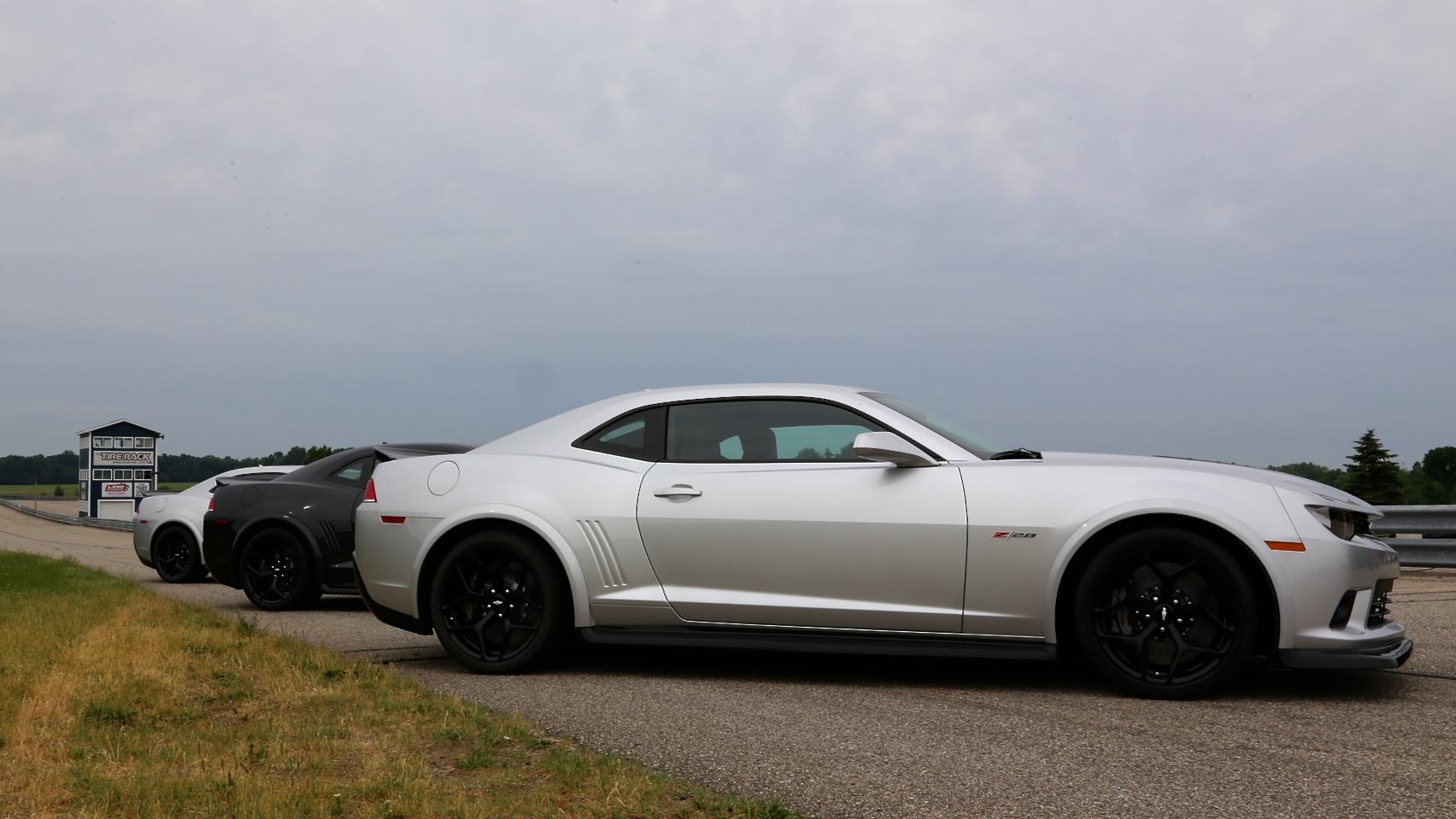 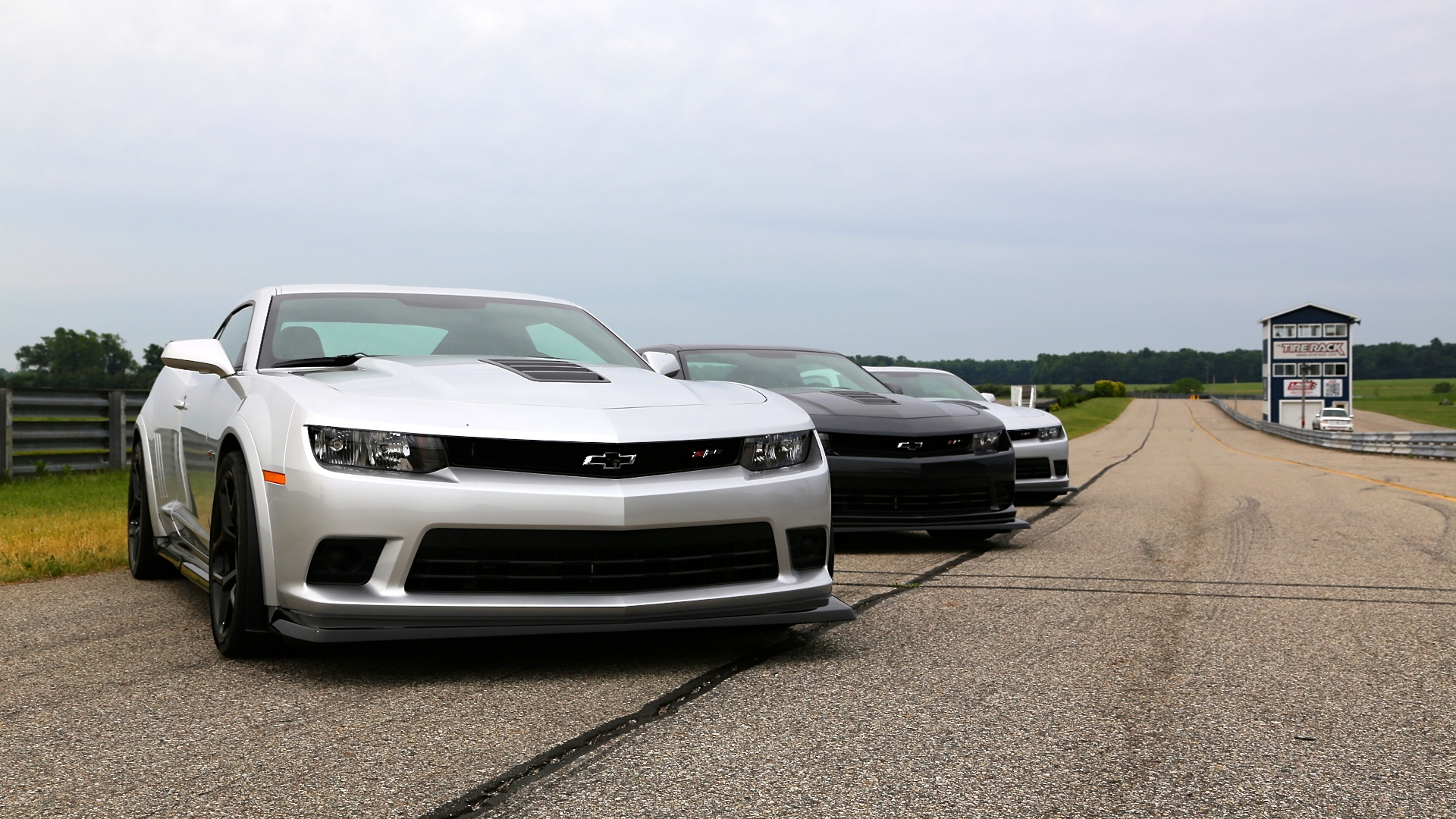 Al Oppenheiser can rattle off from memory the Chevy Camaro's many brushes with doom. Let's not even count the one that threatens overhead--a blanket of thick, low clouds intensifying from light to dark.

No, the pony car's chief engineer can rattle off the times and ways the Camaro skated through GM's bankruptcy while other projects were canned, to emerge not just a survivor, but a solid business case.

The Camaro, you see, is a part of what used to be GM's Zeta family--a rear-drive clan of cars chopped one by one from GM's big block. The Camaro endured Chapter 11 while a new Chevy four-door, an unnamed Buick, and the Pontiac G8 ST bit the dust. (A shipload of STs, in fact, were on the way from Australia to U.S. dealers when GM vice chairman Bob Lutz pulled the plug.) Even the Camaro convertible was delayed more than a year, sacrificed then revived as GM recovered better health.

Given all that, it's all the more amazing that the Camaro now accounts for 100,000 sales a year, even now in its sixth year. Part of the reason is it keeps getting better, with a much-improved base V-6, a revamped tire and tuning setup that dialed out some of freshman- and sophomore-year understeer, then a ZL1 with a Corvette powertrain and a 'Vette-grade adaptive suspension.

And now, the Z/28. It's hard to describe the Z/28 as one of Chevy's "small-batch" Camaros when the ZL1 alone sold more than 10,000 copies last year. But among the less common Camaros with the heritage nametags, the Z/28 finally has a bell-clear mission: to be the most track-capable offering of all.

Conceived, executed. The Z/28's a car that makes western Michigan's Gingerman Raceway seem even quicker and smaller than it is.

The Z/28 badge has its roots in the SCCA Trans-Am series and in the late Sixties, but hasn't always been the go-to badgework for great machines. Oppenheiser admits GM hasn't had a good track record with the Camaro, for dubbing its finely graded models like SS, 1LE, and Z/28 in a consistent way. In this generation, the Z/28 wasn't even the first out of the workshop, with the ZL1 and 1LE emerging first.

With a short run out the door for the 2014 model year, the Camaro Z/28 hits full speed in 2015, going into production next week. Though it hasn't been bred for a specific series, it's focused on the track--Oppenheiser sees it garaged during the week, driven briefly on the road to the more interesting public and private tracks around the country, everywhere from epic battlegrounds like Road America to quicker cuts like Gingerman, to privateer palaces like New York's Monticello Motorsports Park.

It doesn't have the supercharger V-8 engine like the ZL1--it's fattened up instead with displacement, not for ultimate power but for linear performance and balanced handling. The LS7 7.0-liter V-8 gets the nod, with 500 horsepower and 470 pound-feet of torque here, its own induction and exhaust setups, shunting power to the rear through a six-speed manual transmission. Only. It's a union that feels like it should be illegal in a lot of blue states, what with all the guttural noises it makes every time it hooks up. The nominal 0-60 mph time of four seconds sounds like sandbagging.

Four of the showpieces are on its 19-inch wheels--they're downsized from the 20s on the SS and ZL1. They wear some expensive Italian shoes, Pirelli P Zero Trofeo R 305/30 tires front and back, checking in at about eight hundred bucks each, and good for three or four track weekends or 10,000 miles, take your pick. The brakes are Brembos, carbon-ceramic discs with fixed monoblock calipers, six pistons up front and four pistons at the rear, and 28 pounds less hanging off the body than the usual steel rotors.

Bodywise, it's stripped down and winged up, with an aero kit including an adjustable rear spoiler that can boost rear downforce to 150 pounds. From the Camaro SS stock trim, engineers have carved off about 100 pounds alone by chopping things like standard air conditioning, the rear seat pass-through, some sound deadening, fog lights, and five of the six speakers that come standard with the basic audio system. The Z/28 also loses its tire-inflator kit in most states, and gets thinner windows and a smaller battery.

The net: a 300-pound weight advantage over the chubbier ZL1, and quicker lap times too. Gingerman's no Nurburgring, where Oppenheiser says the Z/28 logged a 7:37.47 lap in the rain--but even here, it's pretty simple to see how that's possible, in just a dozen or so corners.

The more sophisticated flavors of today's Camaro get super-intense in the Z/28. After all these years, and compared to some more pedigreed sports cars of the now, it's still a guilty-pleasure throwback. It rips to life with the twist of an actual hard key, for God's sake: an M3 wouldn't be caught dead without a pushbutton nestled inside its prophylactic stop/start surround.

Trundle out and get to the right cog via a smooth Tremec shifter, find the cone on the horizon ahead, and let it wind up. The Z/28 wraps itself neatly into the first decreasing-radius right-hander, unwinding steering like it's not connected to an electric motor.

Gingerman's a place the Z/28 can demo with five gears behind its back. Third gear alone gets you through the first kink, down a straight and into a 120-degree bend where you back off the throttle for a short spurt of glorious overrun, and wait almost too late to dig into the carbon-ceramic brakes supplied by Brembo. Carbon-ceramics are a little bit of wizardry: they compress the time and space it takes to yank down the Camaro, editing webisodes of braking down to snapchats with the middle pedal.

Powering out and through esses lets you lean on those huge sticky treads and on the Camaro's limited-slip differential, a geared setup instead of a pack of clutches. It's more exacting, Oppenheiser promises, but between the short straights and the Z/28's own traction-control system, called Performance Traction Management (PTM), it's not working very hard here.

That PTM has five selectable programs, from lots of intervention and slow throttle progression to almost none and well, the opposite of slow throttle. Technically, there's a sixth mode: hold the traction button for a few seconds to shut off all assistance. You have signed the waiver, haven't you?

With more than 1g of grip on hand, the Camaro just sticks. Sticks like the gum left on a passport from security labels, sticks like an old flame who stalks you on Facebook for weeks until making a friend request. The lateral neutrality doesn't feel like any Camaro we've ever driven before this generation; it outsticks the smaller-tired 1LE, too, and Oppenheiser says it out-corners the magnetic-dampered ZL1. The Z/28 has racing-style spool-valve dampers, tuned for firm bump control but a little more forgiving rebound control, and stiffer bushings and spring rates than the Camaro SS.

What we can say, is the Z/28 transitions without much drama over Gingerman's, um, many and varied surfaces. The grass peeking out from patched asphalt? It doesn't stand a chance with this mower clipping it at a hundred miles per hour plus.

And still, a Camaro

The current Camaro's shortcomings are still in full force in the Z/28. It's a big, muscular creature and possibly a future classic, but the greenhouse is a hat size or two too small, like it was styled by Oz' Adebisi.

Because of that, the Z/28 is hideously cramped inside. Short-leg, long-torso types maybe in the center of the Z/28's owner target will have a tough time sliding behind the wheel and sitting anywhere near upright. The cockpit's dressed out with manual Recaro buckets, a sueded flat-bottomed steering wheel and some satiny trim, but it's still the most unimaginative interior in the GM lineup--Spark, Malibu, and Impala included.

It still blasts past those failings, even priced as it is at $75,000, including a $995 destination charge and gas guzzler tax. It's one of the most expensive cars ever offered by Chevy, a substantial leap even over the more powerful Camaro ZL1’s $55k sticker. And it doesn't come with some things that the handful of 2014 Z/28 owners seemed to want: 88 percent of them opted for the $1,150 comfort package that adds air conditioning and a six-speaker sound system (the stock Camaro Z/28 has no A/C and just a single speaker, pared down for weight savings).

For that price, you'll get a competition-ready car with an honest-to-God, give-a-shift manual gearbox, carbon-ceramic brakes with the stopping power of a naked Miss Universe pageant on free cable, a half-thousand horsepower, and a magnificent 7.0 liters of displacement. With no artificial aspiration(s).

Now the naming strategy makes sense. Oppenheiser admits the suffixes applied to the Camaro's badges have been all over the map in its five generations. One of the goals this time around, was to make each of them mean something, so that "ten years from now we know what we're talking about."

In the newly defined hierarchy, the Camaro RS is show, not go; the SS and 1LE are the entry points for track weekends. The Camaro ZL1 is the pony car for those who want Corvette power but don't need the name, but do occasionally need a back seat.

The Z/28? It's the competition-ready certification, and it earns that track stamp of approval.