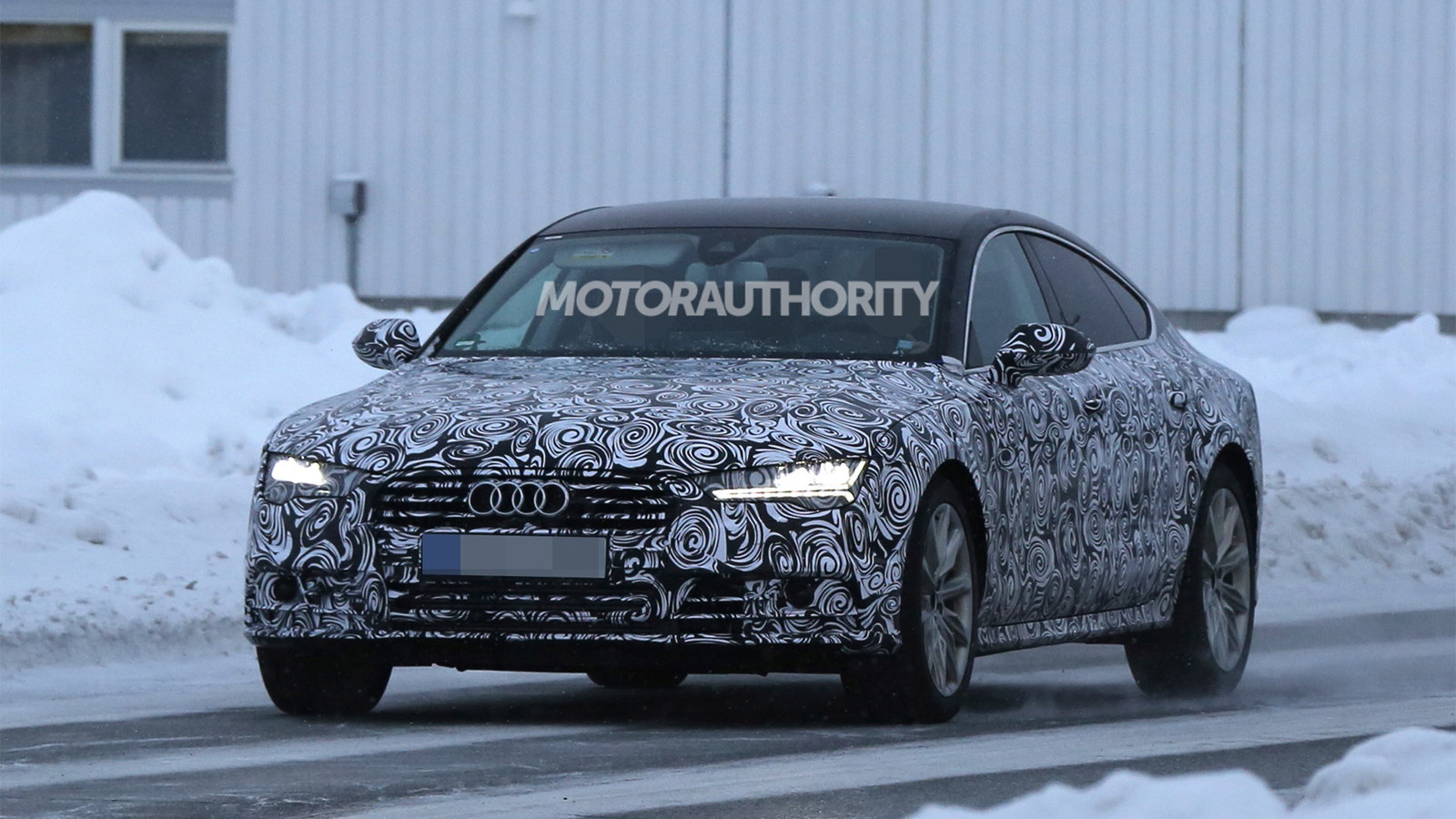 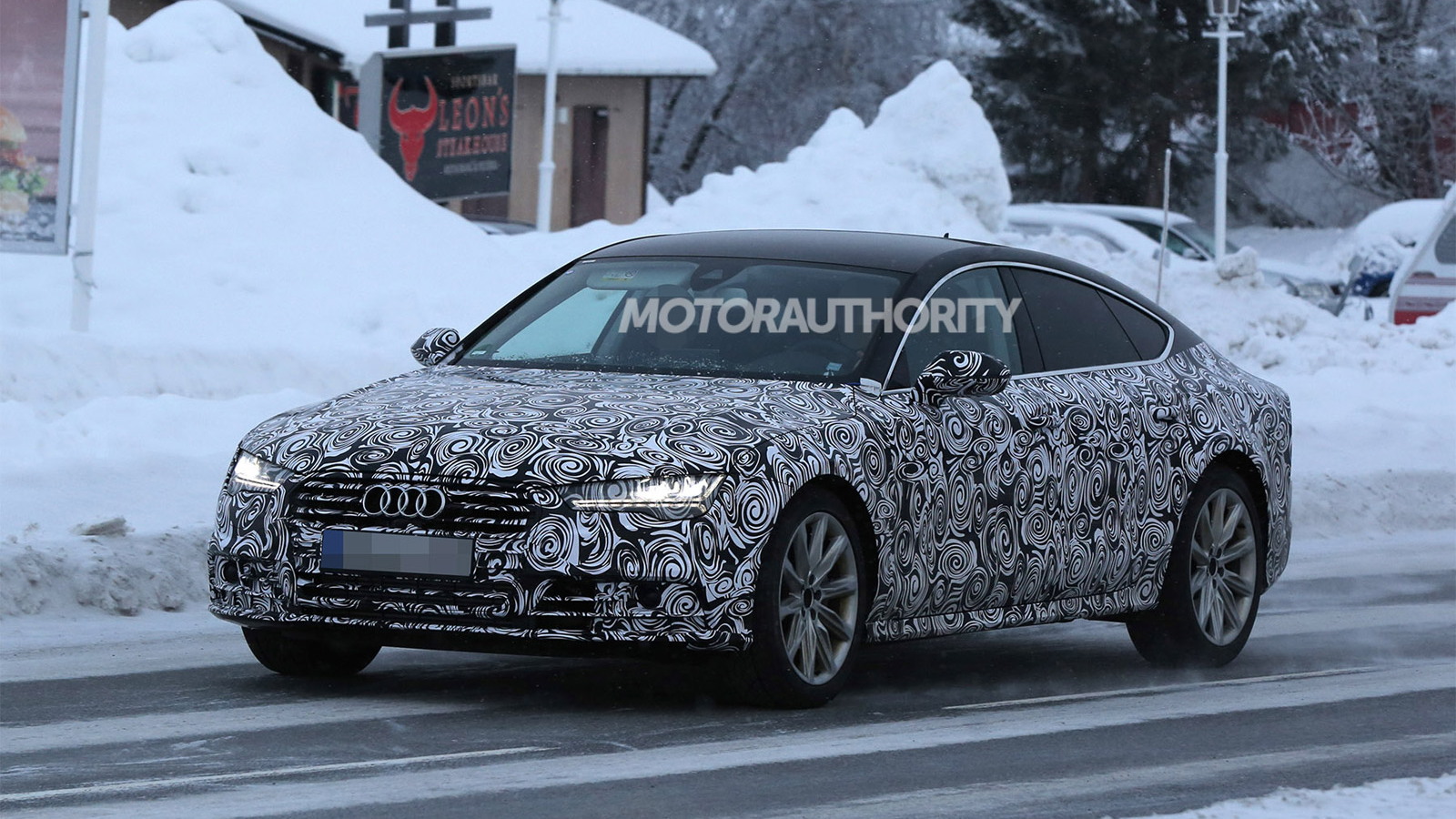 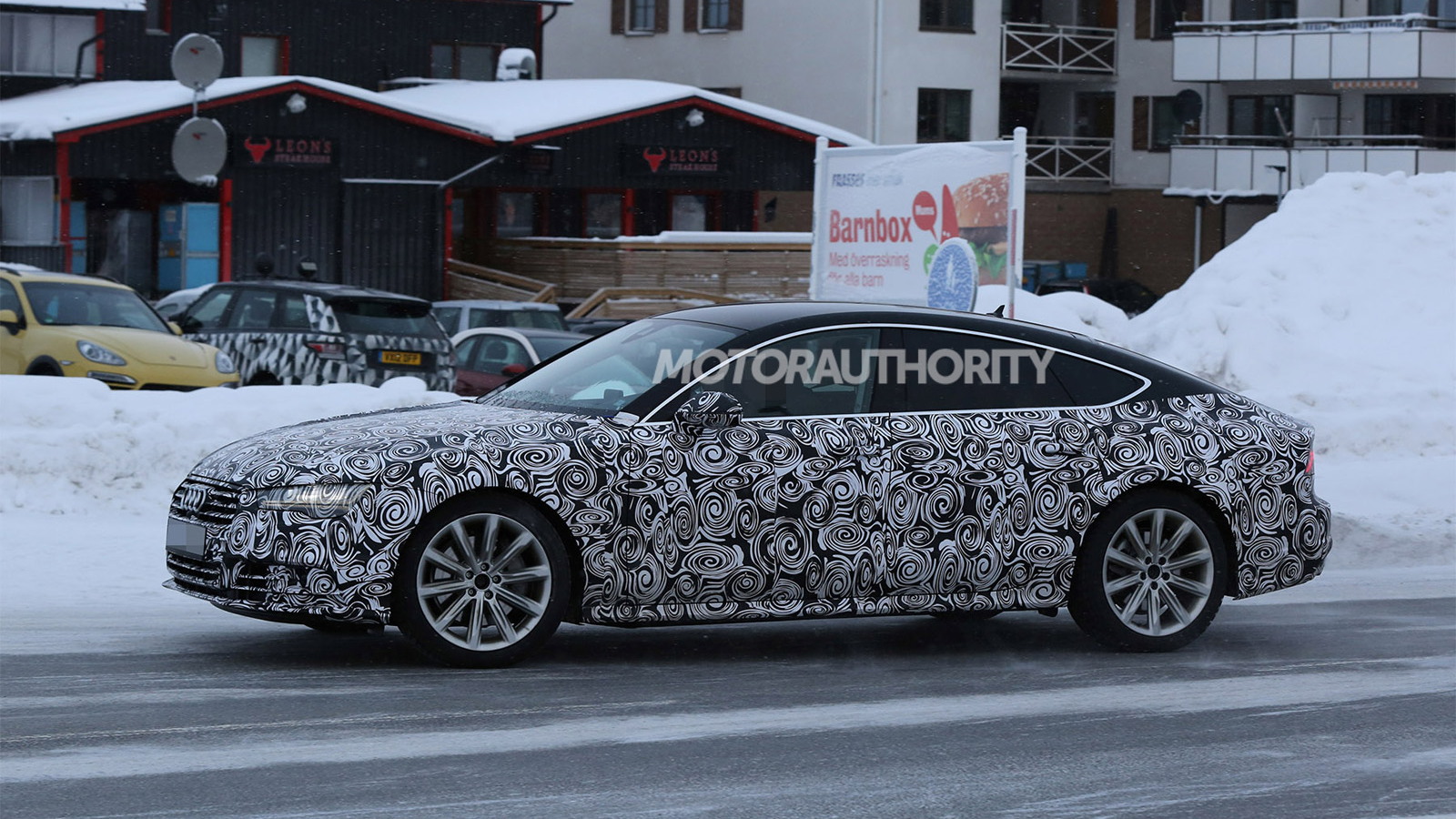 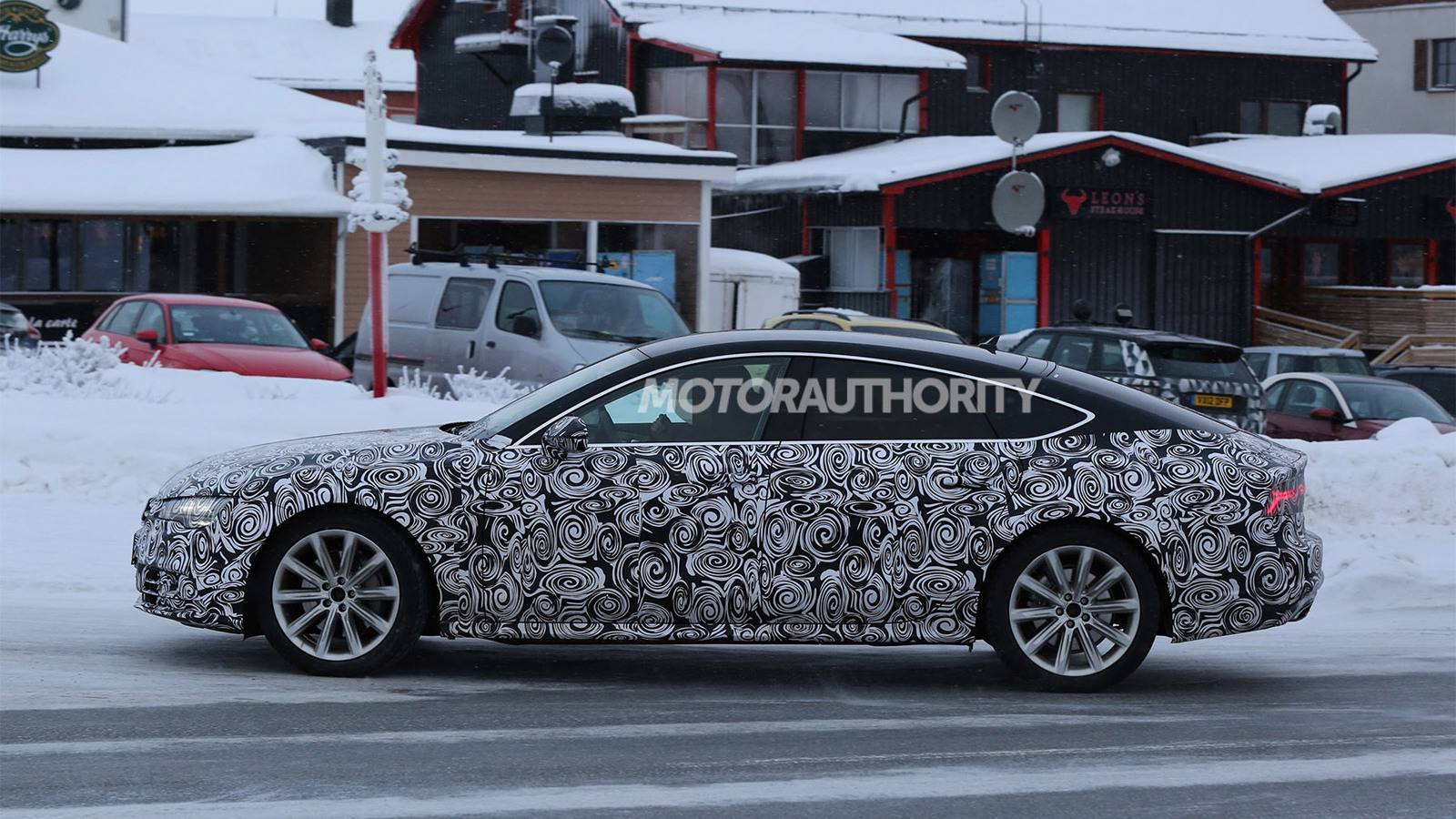 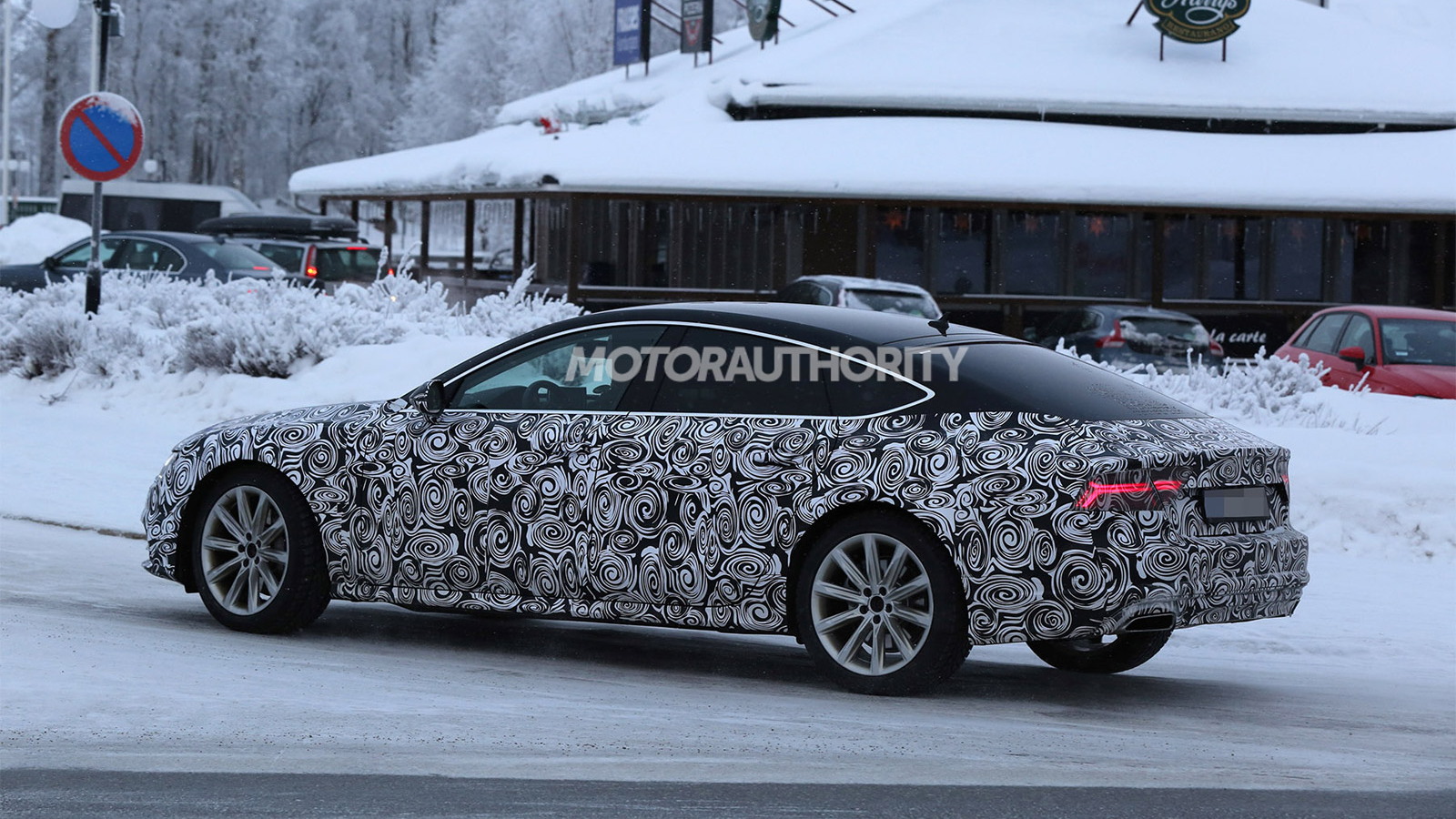 18
photos
Audi’s svelte A7 first hit the scene in 2010 so the vehicle is about due for its mid-cycle update. Right on cue, the first prototypes for the updated car have emerged, revealing some of the new details we can expect.

The most obvious updates to the A7 are the new headlights and grille. We can clearly see that this prototype is sporting a set of more angular headlights, which resemble the units on Audi’s recent Allroad Shooting Brake concept car. Overseas, these lights will be fitted with Audi’s Matrix Beam technology.

The grille, too, takes on a slightly more rigid form, and at the rear the tail-lights feature a new internal design. Look for some new wheel patterns and exterior colors to be offered as well.

There should also be some tweaks to the interior, with the emphasis being on the adoption of Audi’s latest infotainment technology. Some of the possibilities include Audi’s new virtual cockpit digital instrument panel, new driver assist features, and 4G LTE connectivity.

We’re not expecting any major changes to the powertrain lineup. This means a 310-horsepower supercharged 3.0-liter V-6 will remain the base option, with a 420-horsepower twin-turbocharged 4.0-liter V-8 remaining in the mid-range S7 and an uprated, 560-horsepower version of this engine remaining in the range-topping RS 7. The A7 TDI should still be on offer as well, maintaining its 3.0-liter turbodiesel engine and 240-horsepower rating.

As this is only a mild update, we’re likely to see the car revealed by the end of the year, which means it may make it into U.S. showrooms during the 2015 model year.