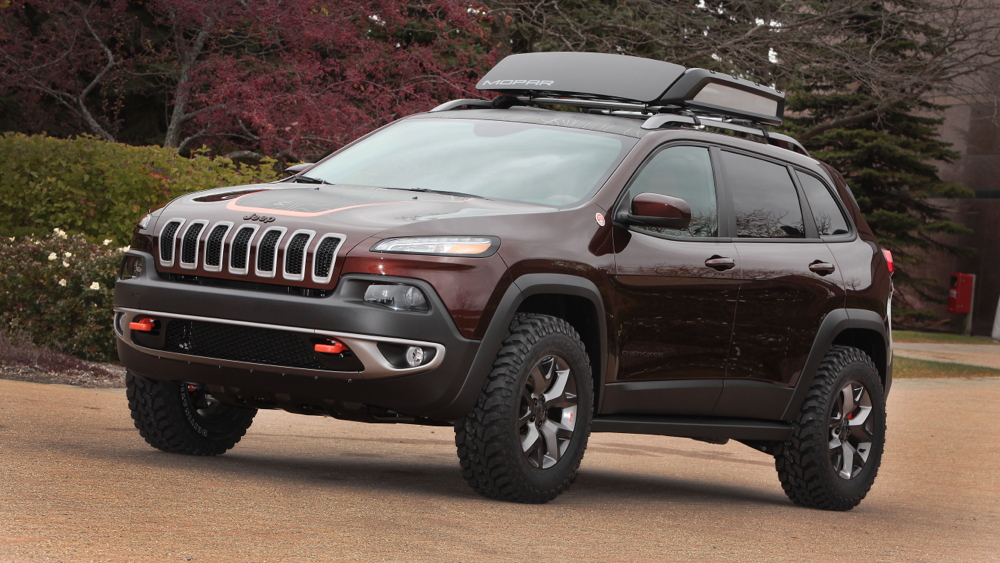 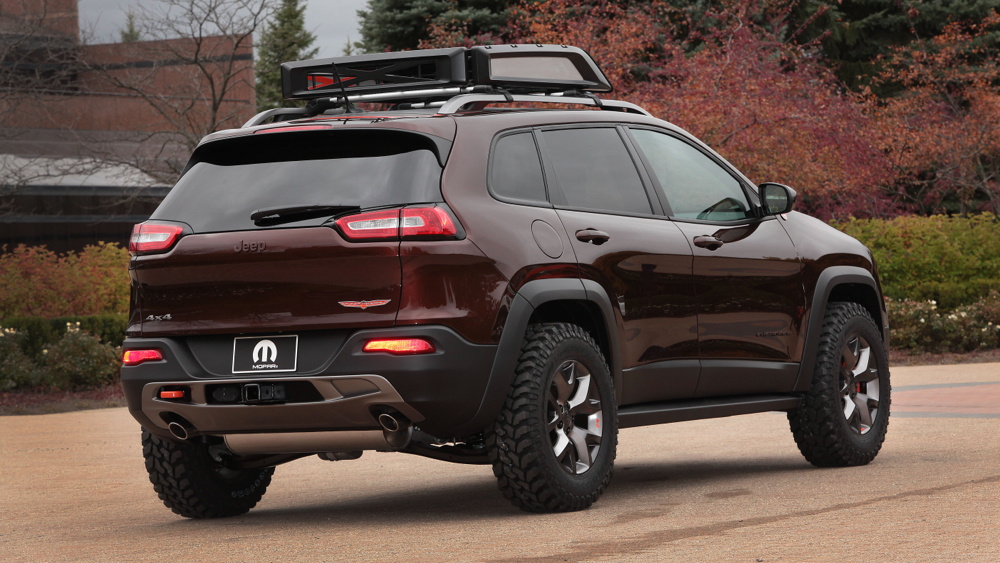 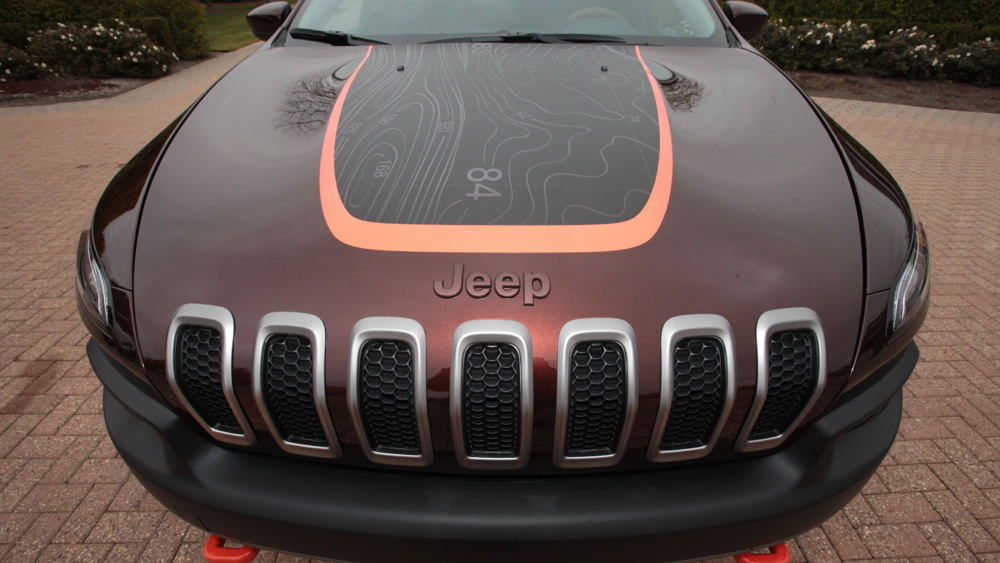 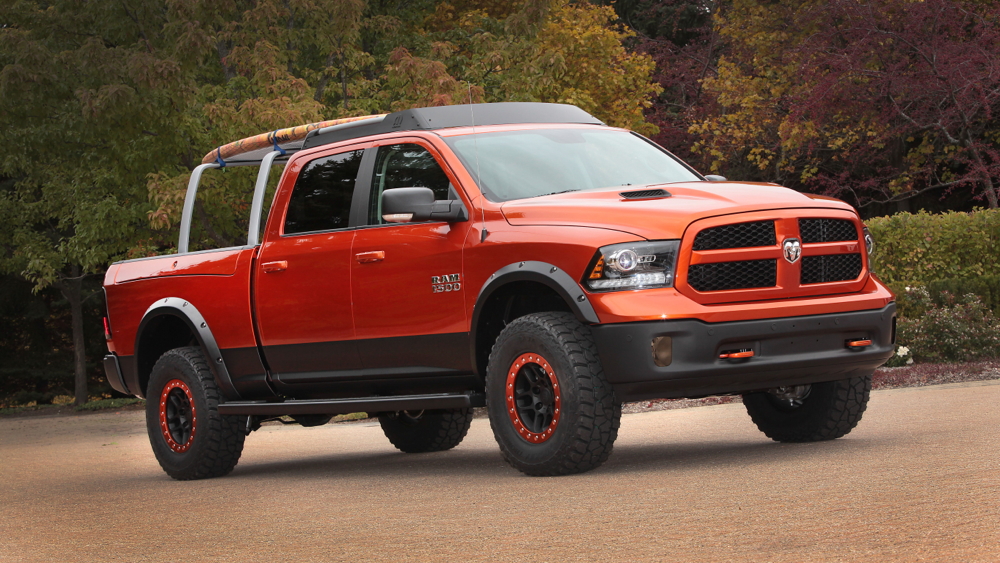 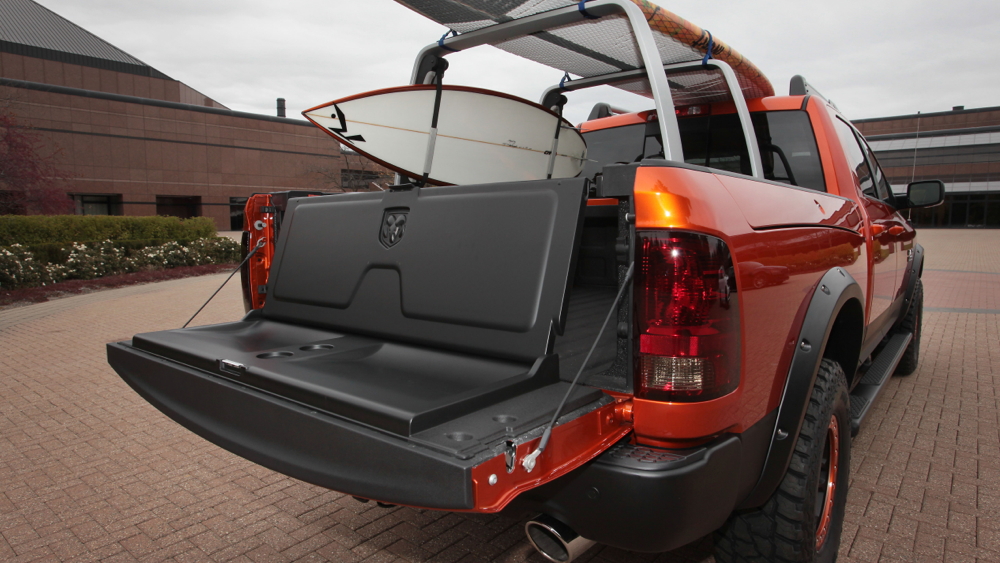 12
photos
The 2013 SEMA show is almost upon us, and Chrysler saw fit to reveal its lineup of modified cars early. Like Ford and Chevrolet, Chrysler is bringing an entire fleet of 20 vehicles from all of its brands.

Making its SEMA debut is the all-new 2014 Jeep Cherokee crossover, in modified Trail Carver form. Based on the top 3.2-liter V-6 Cherokee Trailhawk, the Trail Carver gets a reworked version of the stock Jeep's graphics package (the tow hooks are now orange, for example), a new roof basket, and more aggressive tires.

On the inside, the Trail Carver gets Katzkin Amaretto leather seats, and leather on the center console and steering wheel. There's also a wireless phone charger and other assorted Mopar accessories.

Representing Ram trucks is the Ram Sun Chaser. It's Vibrant Orange Blast and Brilliant Black two-tone paint job will approximate the affect of looking directly at that heavenly body.

The Sun Chaser's other standout feature is a roof rack designed to carry up to four surf boards. A portable shower system hooked to a water tank in one of the Ram Box bed storage units allows surfers to clean off their boards (or possibly themselves).

Also on deck is a new version of the Chrysler 300S. Looking like it's auditioning for Marvel's Agents of S.H.I.E.L.D., the 2014 300S wears Phantom Black Tri-Coat paint and the 20-inch wheels from the 300C John Varvatos Limited Edition.

Chrysler says the 300S has a "gritty, big-city vibe," but those big wheels and the car's lowered suspension could make potholes an issue.

Even FIAT is getting in on the act.

Other Mopar attractions in Vegas will include the Mopar '14 Dodge Challenger and more customized vehicles from other Mopar brands. Head over to our dedicated hub for the latest updates.