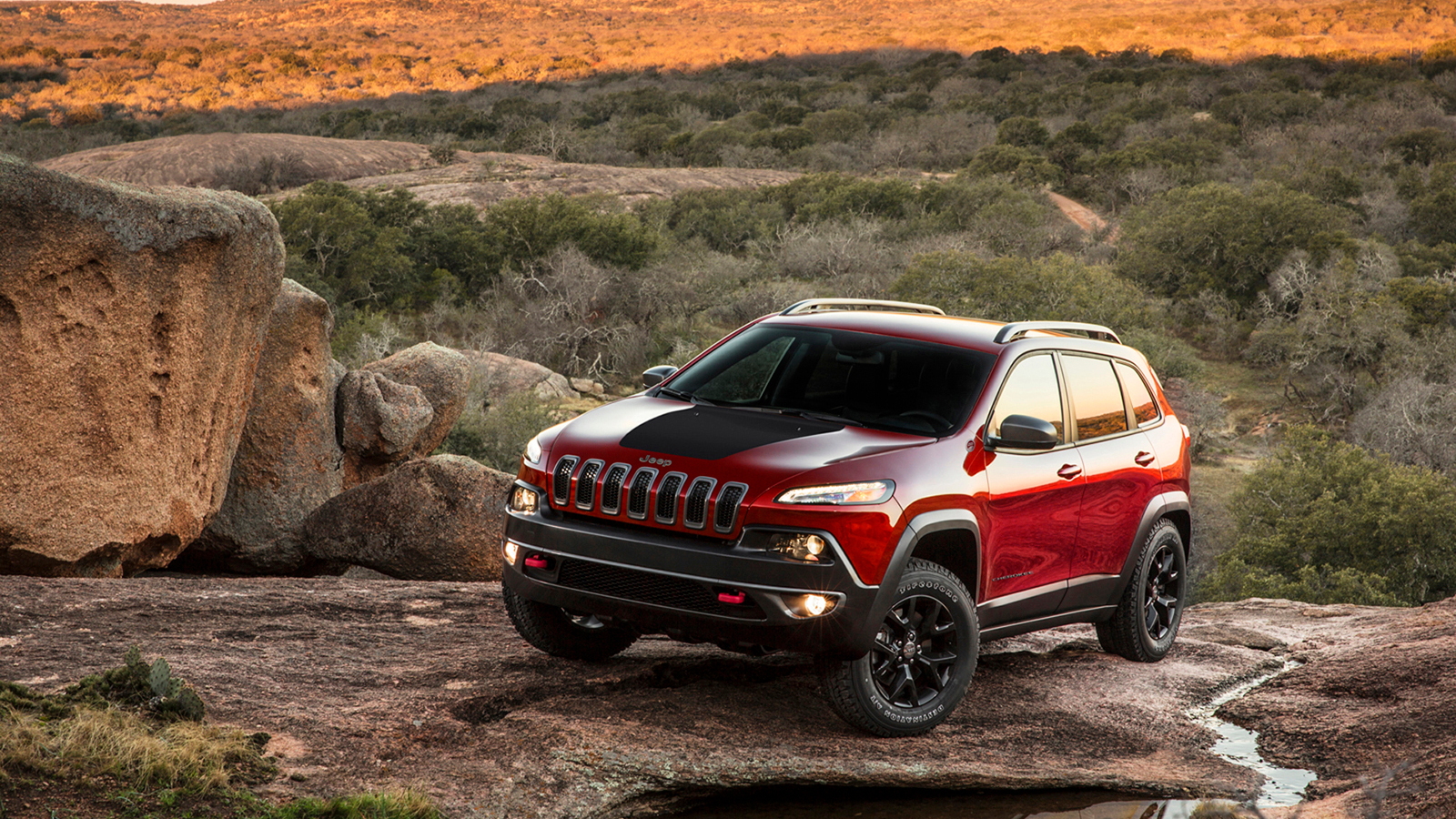 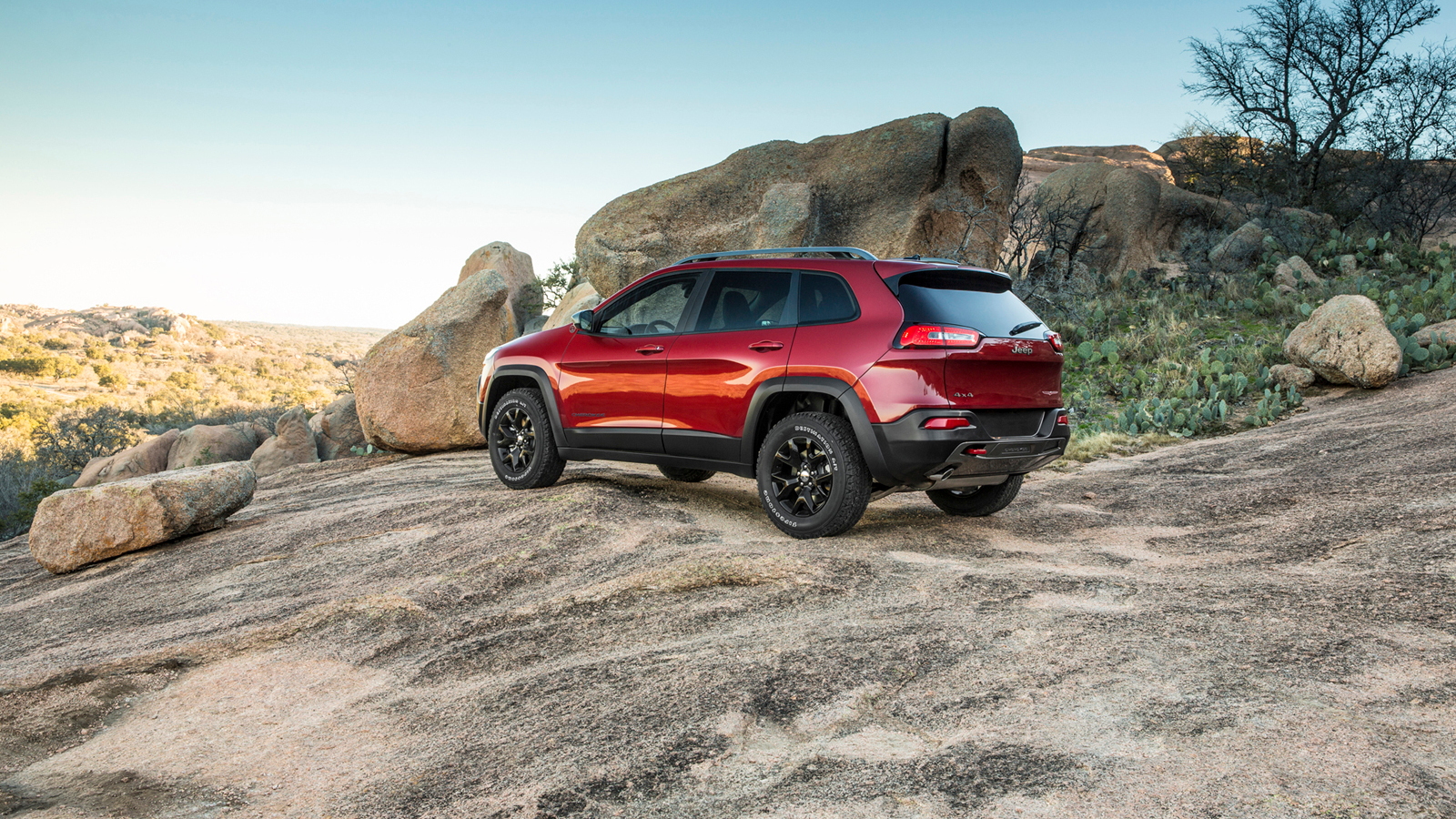 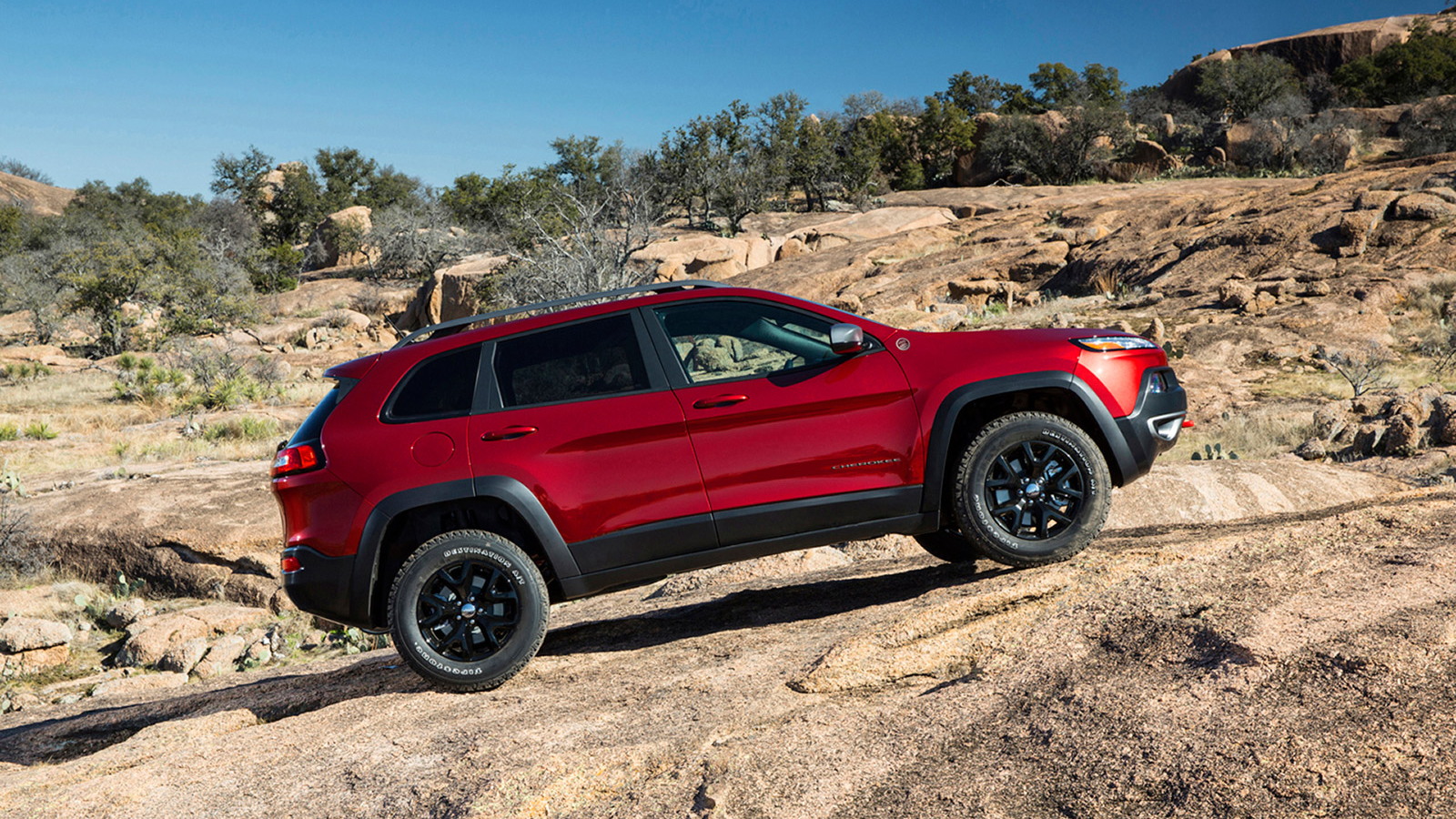 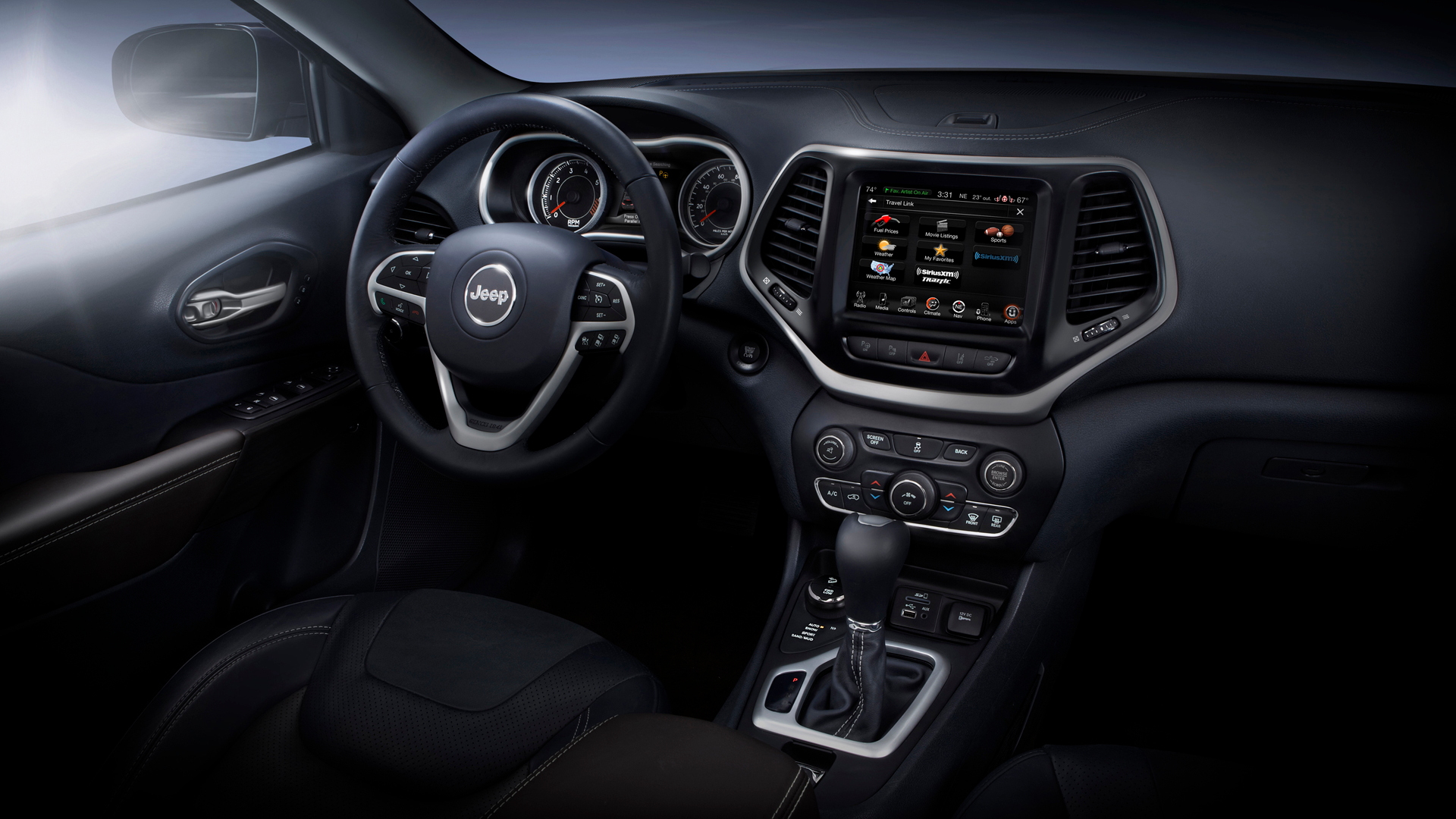 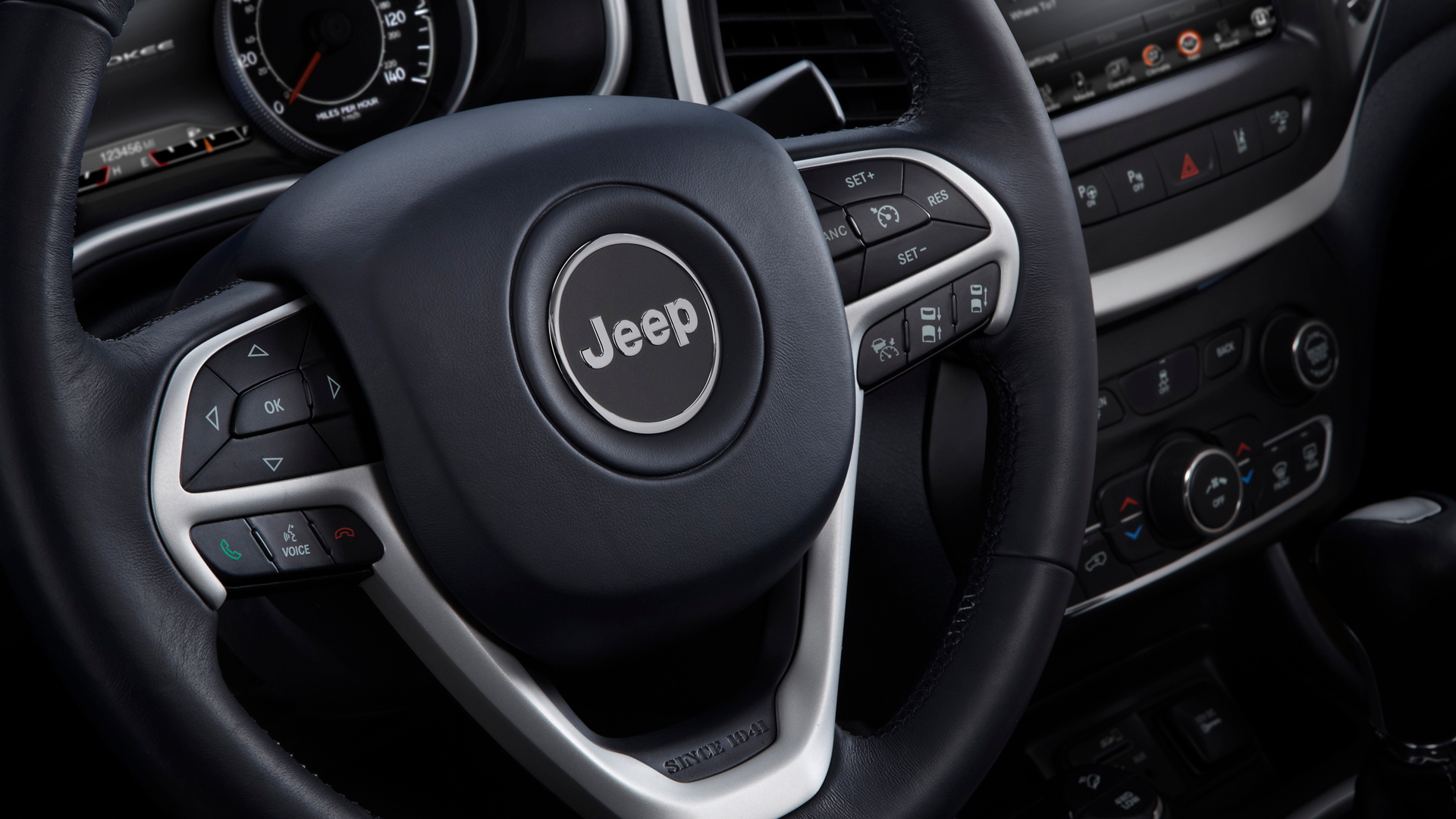 Here is the new 2014 Jeep Cherokee in all its glory. The vehicle debuted today at the 2013 New York Auto Show and will go on sale in the third quarter of the year as the replacement for the Liberty.

Despite having adopted the car-based Compact U.S. Wide (CUSW) platform found in existing vehicles such as the Dodge Dart and Alfa Romeo Giulietta sold overseas, the new Cherokee is promised to be just as capable as its predecessors, while also being best-in-class in many areas.

Of course, the biggest gain from moving towards true crossover status is fuel economy, which Jeep says can reach as high as 31 mpg highway in the new Cherokee.

The base engine is the familiar 2.4-liter Tigershark four-cylinder, which makes 184 horsepower and 171 pound-feet and helps see the Cherokee return fuel economy 45 percent better than the old Liberty.

The second unit is a new 3.2-liter Pentastar V-6, which is essentially a downsized version of the existing 3.6-liter Pentastar. The smaller engine makes 271 horsepower and 239 pound-feet of torque in the Cherokee and allows it to tow up to 4,500 pounds.

The 2014 Cherokee comes with the choice of three 4x4 modes, though it also gets a rear-axle disconnect feature to help save fuel. The feature seamlessly switches between two- and four-wheel drive for full-time torque management and does not require input from the driver.

Inside, soft-touch materials abound, giving the cabin a premium feel. Trim options include cloth and Nappa leather and the front seats feature power adjustment, heating and ventilation, and a memory function. At the rear, there are 60/40 split-fold seats to increase storage.

Pricing and EPA-rated fuel economy figures for the 2014 Jeep Cherokee will be announced closer to launch this fall.