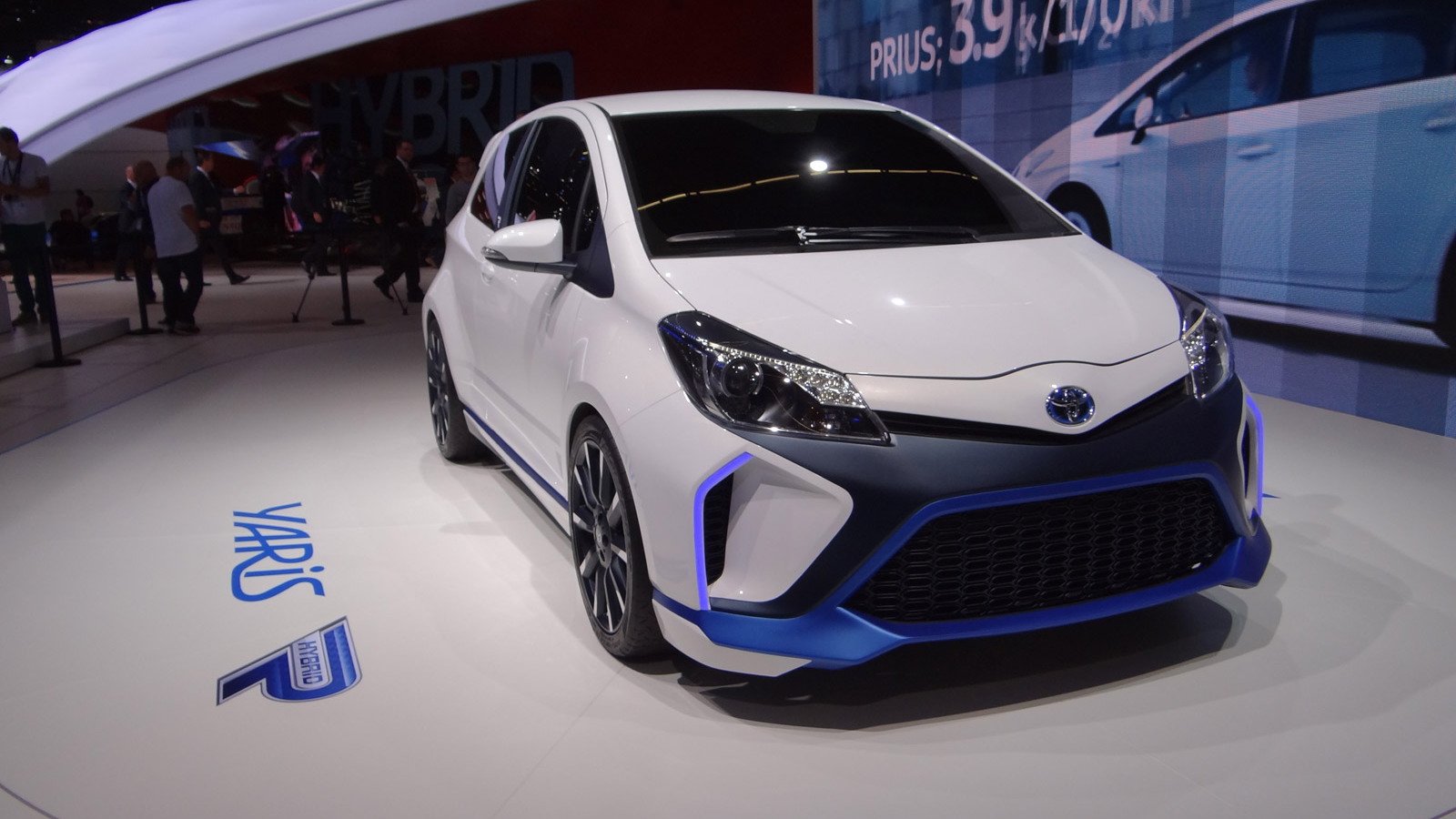 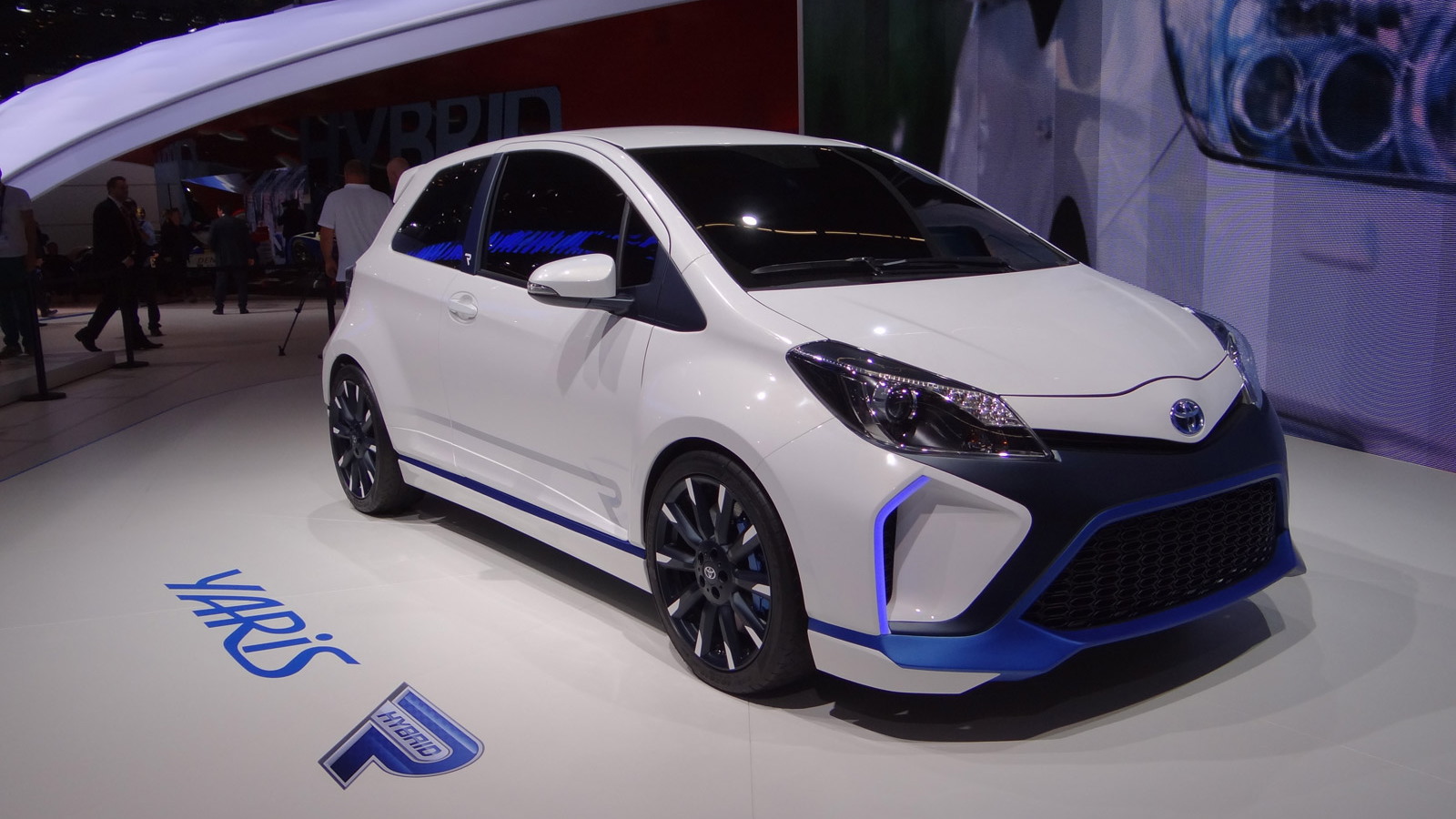 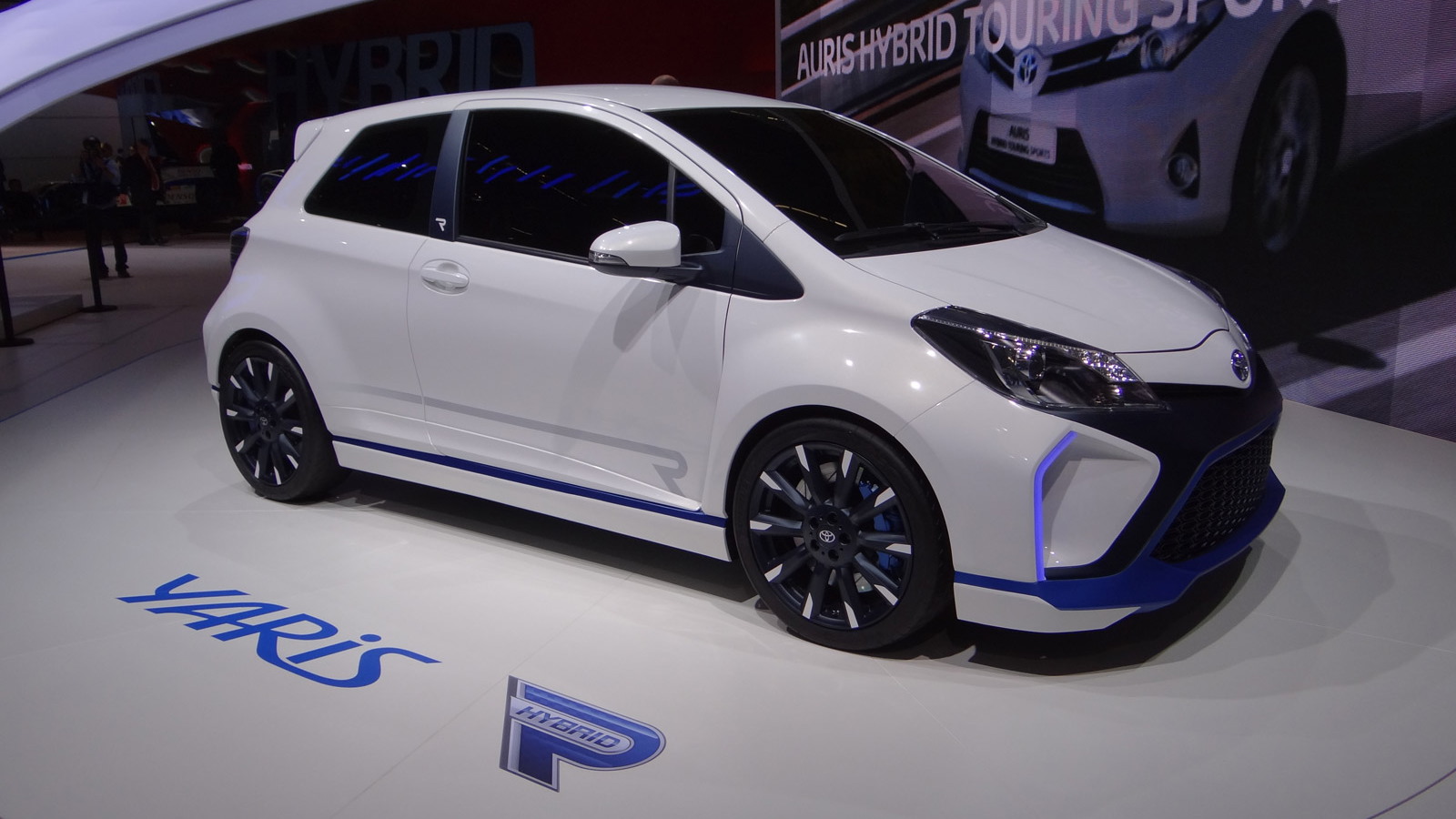 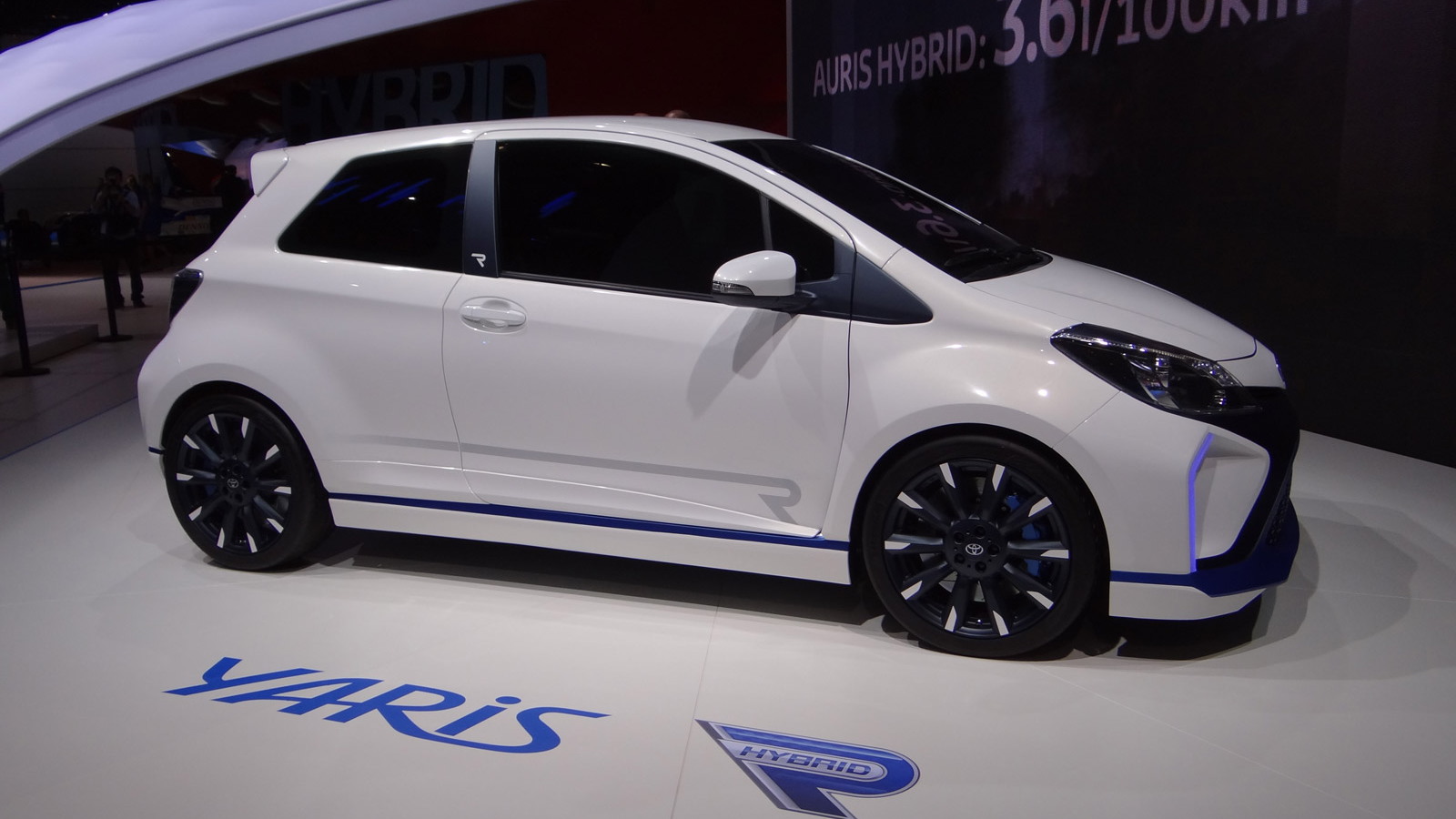 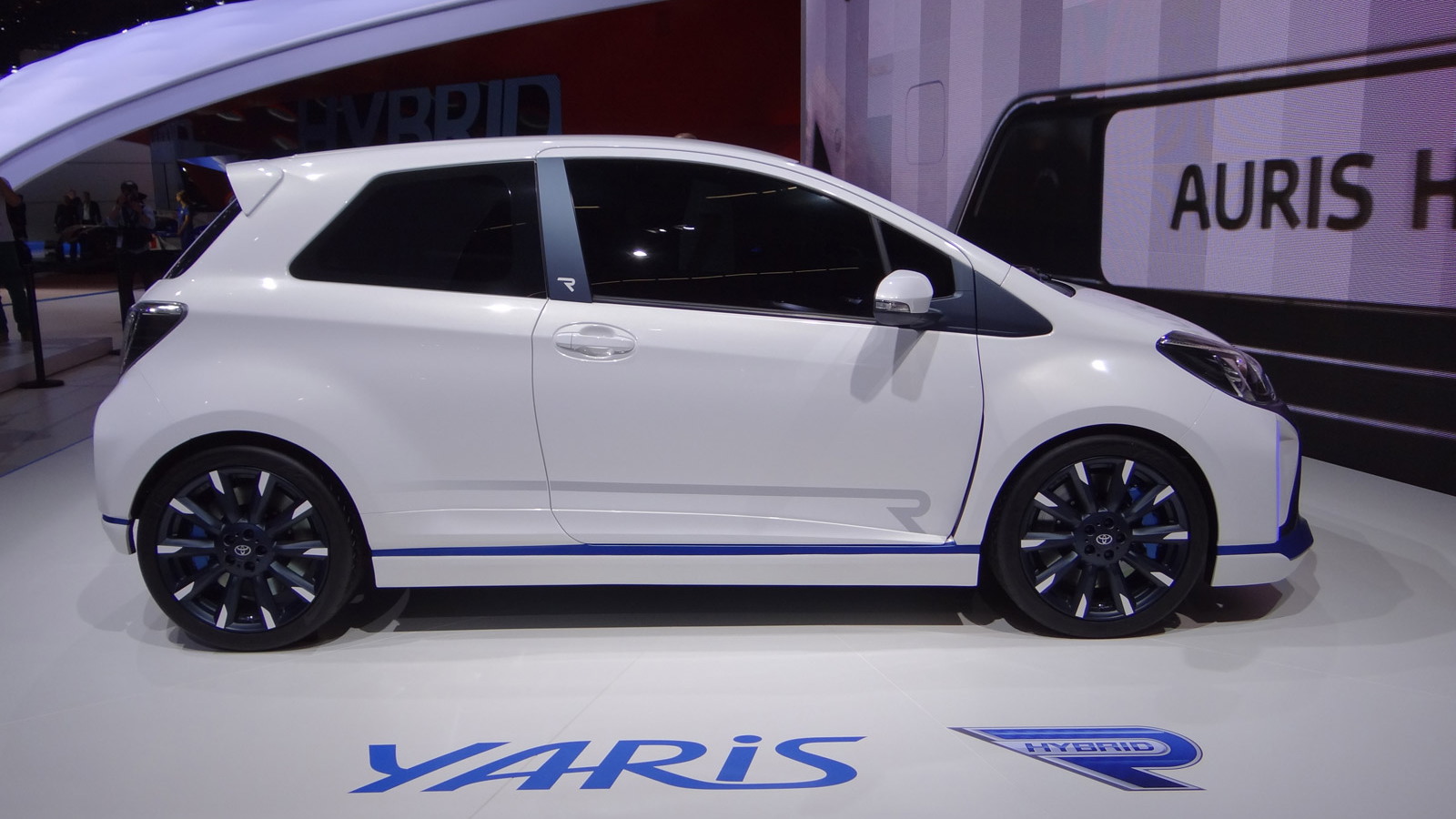 21
photos
At the Frankfurt Auto Show this week, Toyota presented a new concept based on its Yaris hatchback that leverages the automaker’s hybrid technology developed for its TS030 Hybrid Le Mans prototype. While the new concept, labeled the Toyota Yaris Hybrid-R, is not destined for production, its styling, technology and performance positioning all hint at a new range of sporty offerings due from Toyota.

In particular, it’s the technology that we’ll see in future Toyotas, which are likely to be grouped under a new performance sub-brand. Toyota already has TRD but may reserve this for its accessories range. Instead, we’re more likely to see the Japanese automaker utilize the name of its German motorsport unit TMG. A “Hybrid-R” badge is also expected to feature on those sporty Toyotas featuring hybrid technology.

The engine is TMG’s Global Race Engine, which is still being developed but is already capable of extracting 300 horsepower--reliably--from just 1.6 liters of displacement.

In the Yaris Hybrid-R, this engine is paired with a sophisticated electric drive system forming a through-the-road all-wheel-drive setup. The engine powers the front axle while two electric motors power the rear one. A third electric motor integrated with the engine serves to direct power to the rear electric motors (or capacitor/battery storage systems) by acting as a generator and converting excess torque to electrical energy. A similar system is featured in Ferrari’s LaFerrari supercar.

Where might we see such technology in production form? One possibility is in the off-rumored successor to the legendary Supra sports car. Toyota’s GT 86 and Scion FR-S twins are also potential recipients of the technology, albeit in detuned form.