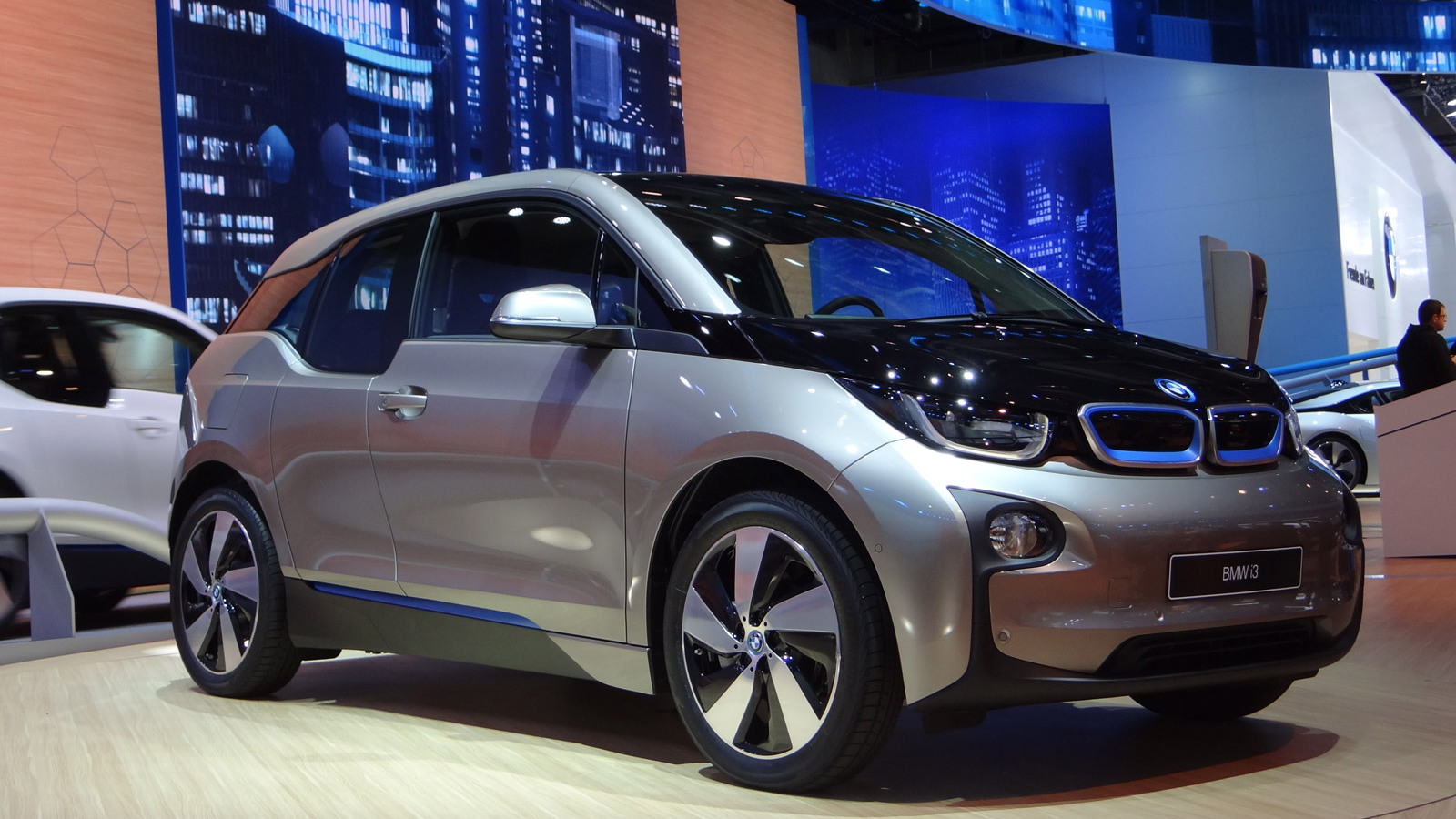 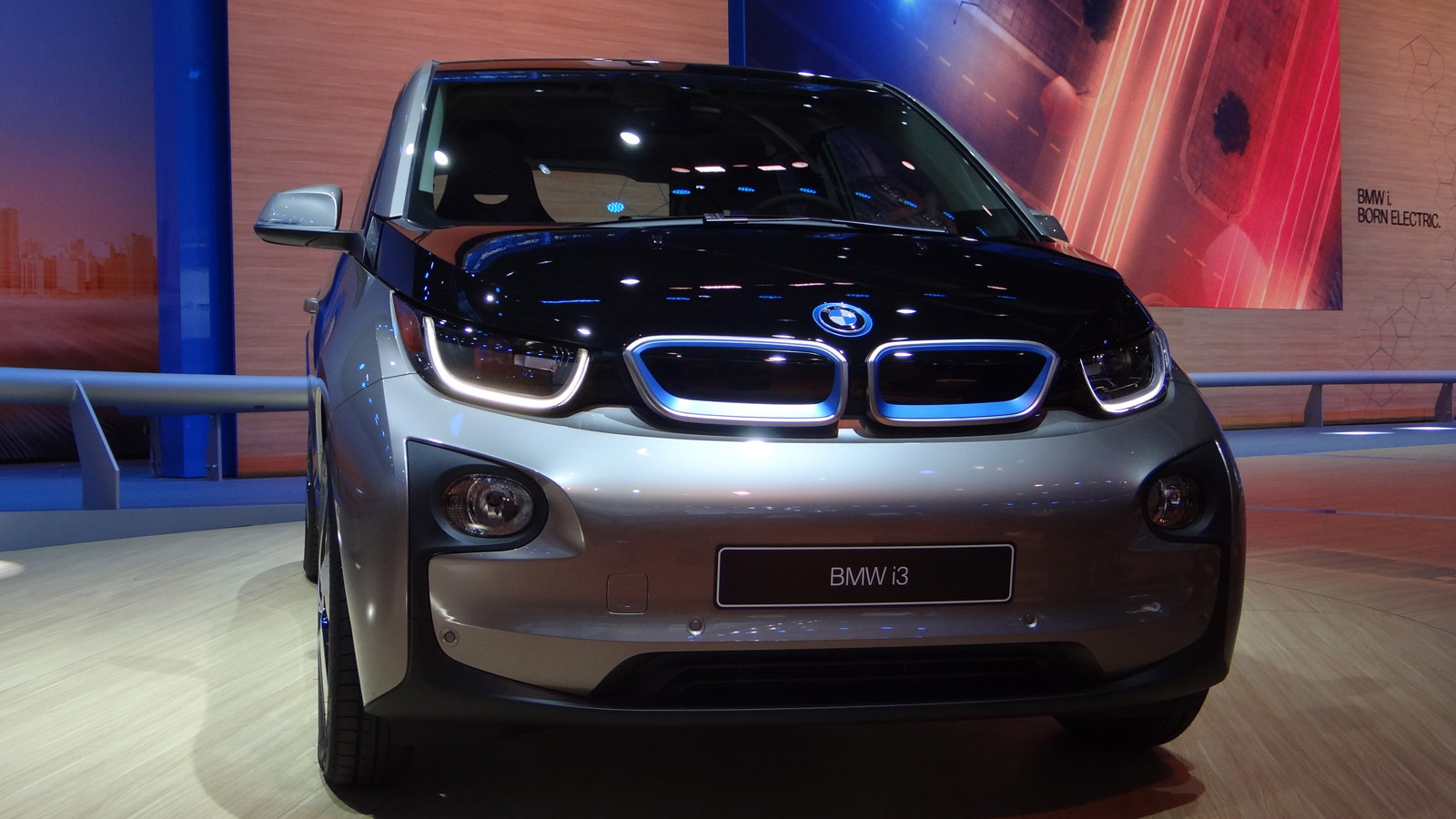 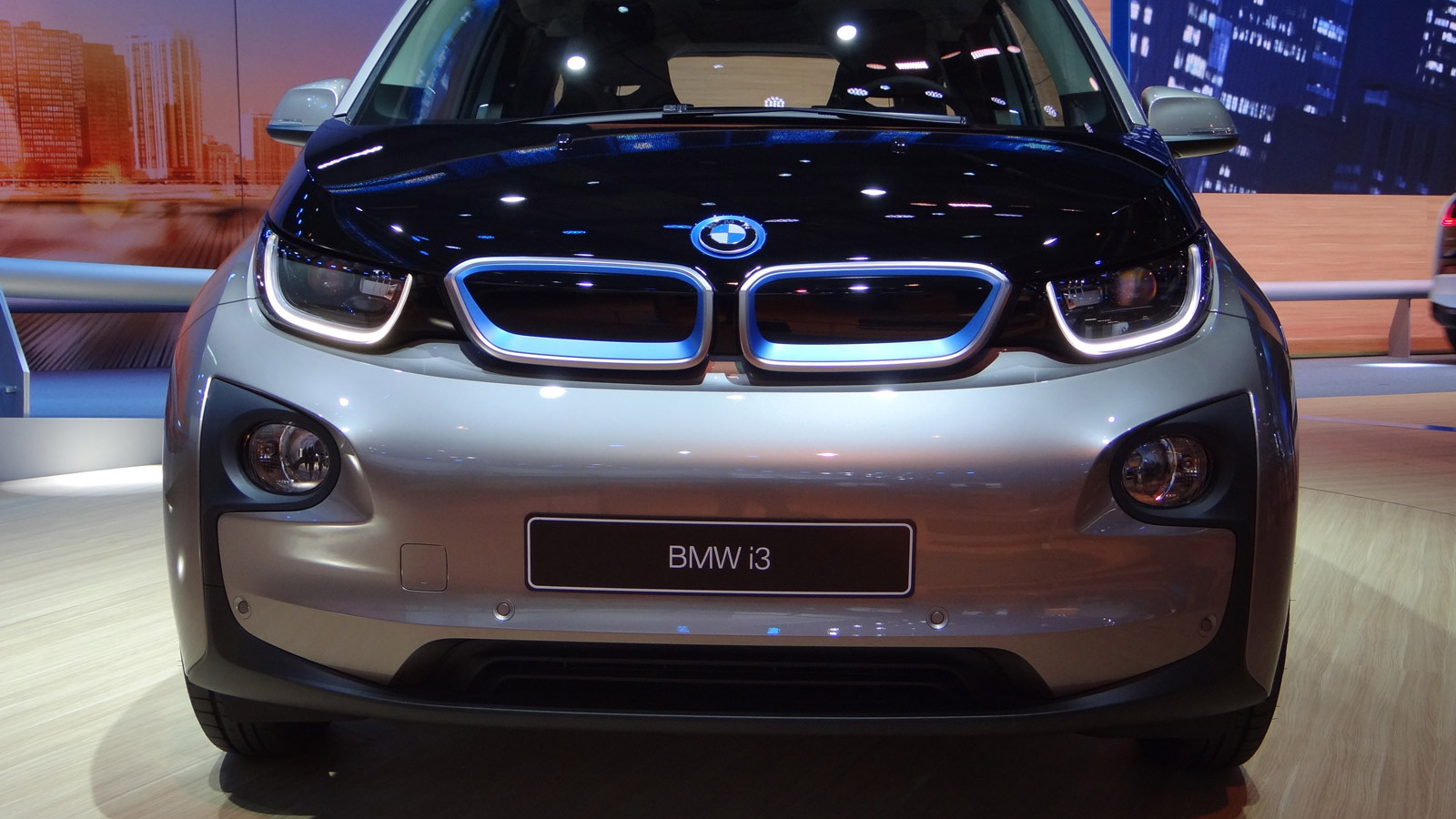 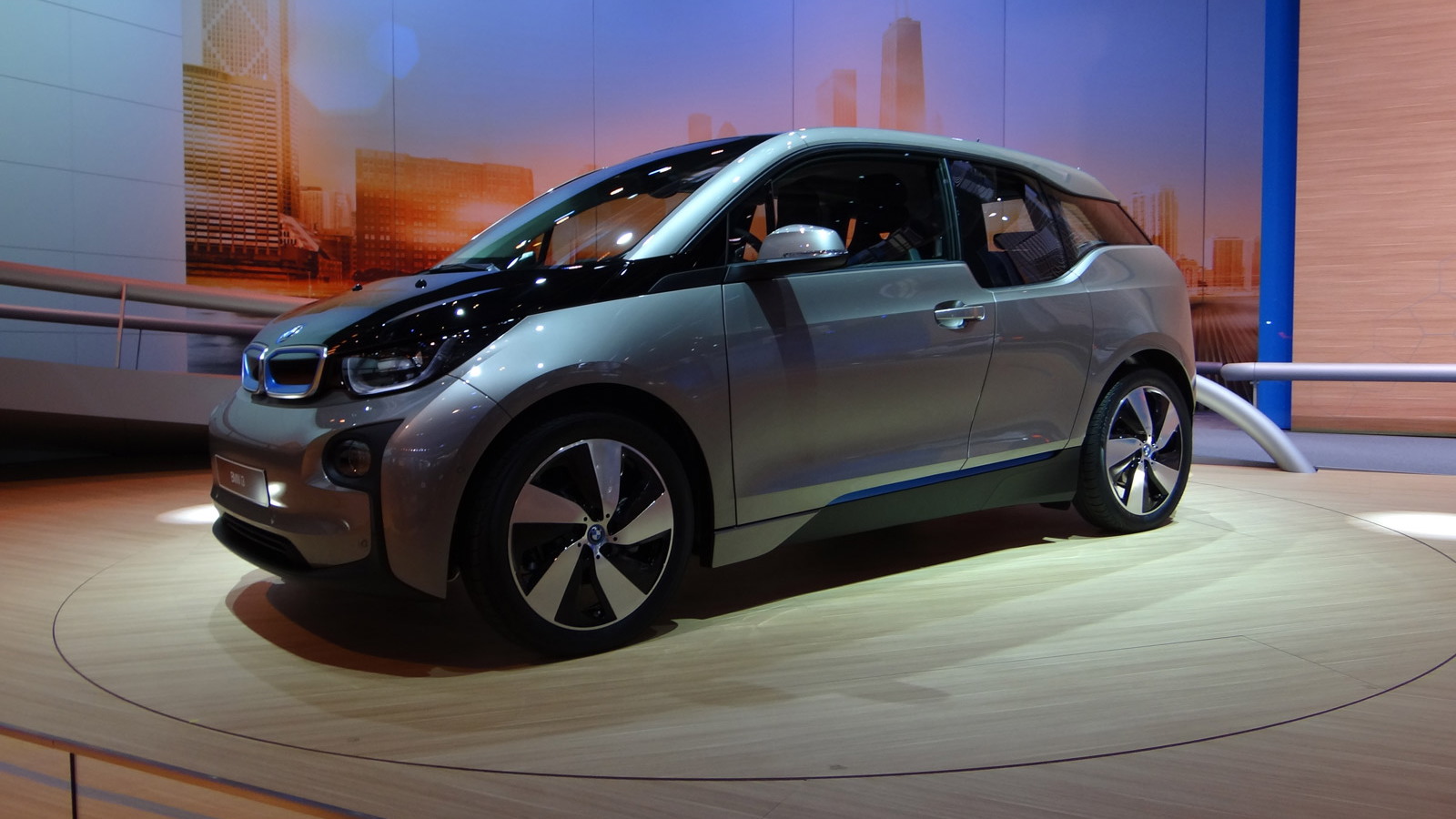 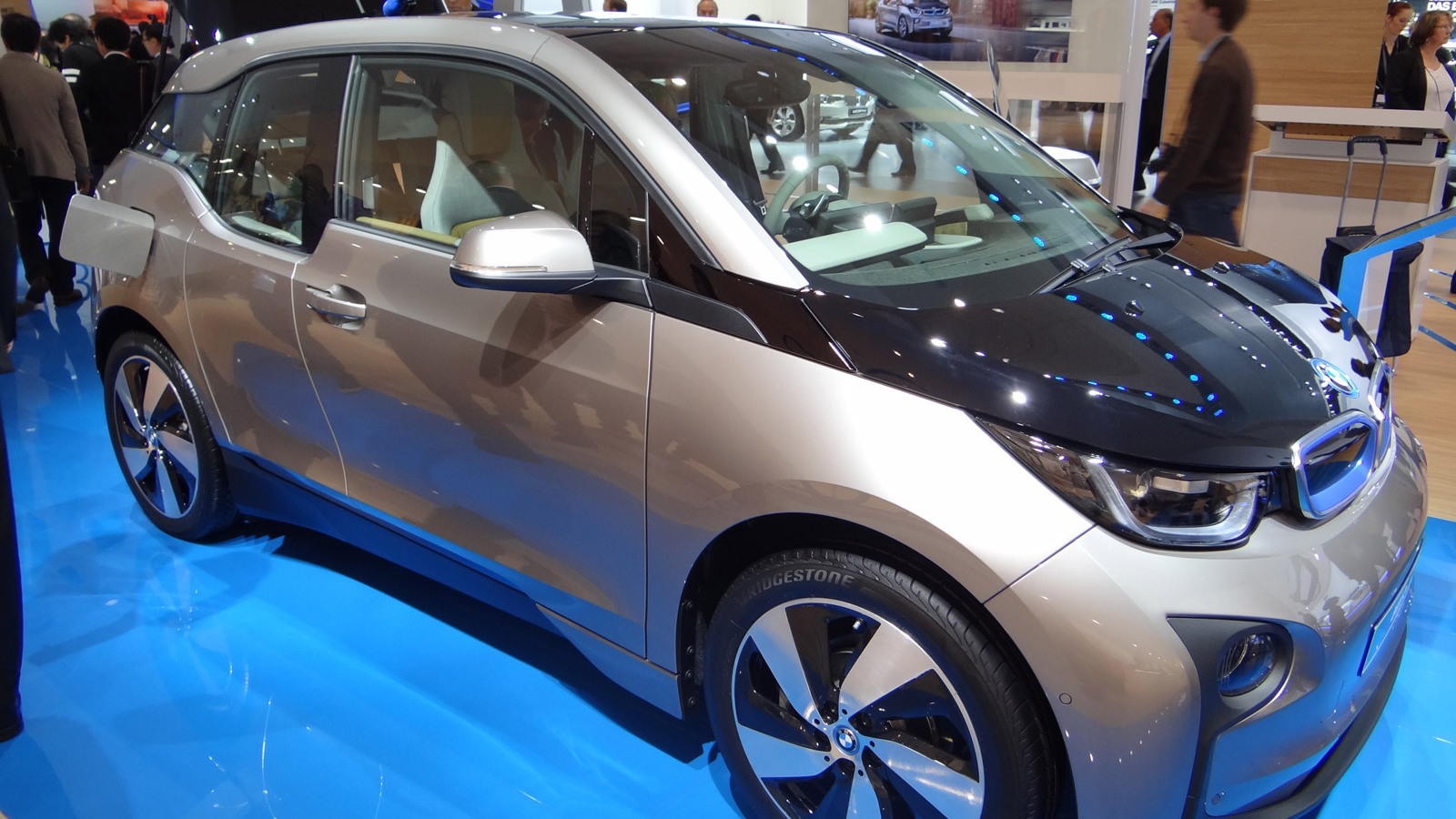 24
photos
The BMW i3 has made its official debut at the Frankfurt Auto Show and is due in showrooms early next year, priced from $42,275 including destination. As expected, it closely resembles the handful of concept versions unveiled over the past two years, right down to the suicide-style rear doors and relatively spartan cabin.

At the rear there is an “i3” badge denoting the vehicle’s name and a second “eDrive” badge that signifies this is an electric car. The i3 is available with a gasoline range-extender, however.

On electric power alone the i3 should cover a reasonable 80 to 100 miles but owners of range-extended models will be able to drive up to 180 miles using fuel from a 2.4-gallon tank in addition to a full charge of the vehicle’s 22-kilowatt-hour lithium-ion battery.

Peak output from the car’s rear-mounted electric motor is 125 kilowatts (170 horsepower) and 184 pound-feet of torque.

What’s so special about the i3 is that it is revolutionizing the way mainstream cars are engineered and built. Most of its body is composed of lightweight composite materials such as reinforced carbon fiber plastic and its chassis is composed of aluminum and magnesium--the first mass-produced car with such attributes.