If you were already confused by the launch of BMW’s new ‘i’ sub-brand for its upcoming electric cars, things are about to get a whole lot more complicated when it comes to the naming of the automaker’s future lineup.

At the 2012 Beijing Auto Show this week BMW rolled out its i8 Spyder concept car and attached to its rear bumper was a discrete badge reading “eDrive”.

BMW explains that in the future, the designation eDrive will identify the drive technology for all electric and plug-in hybrid cars from the automaker’s i sub-brand.

And just like the sDrive and xDrive badges, by affixing some numbers to the end of the eDrive badge BMW can then distinguish between the varying performance levels of its individual i cars. So, using the upcoming i3 minicar as an example, an i3 eDrive30 may have a more powerful electric motor, longer driving range or some other metric to position it above an i3 eDrive20 model.

Confused? Don’t worry, as we will be seeing the first eDrive-badged cars very soon. BMW’s first model from its i sub-brand, the i3, is due next year and will be followed shortly after by the i8 supercar. 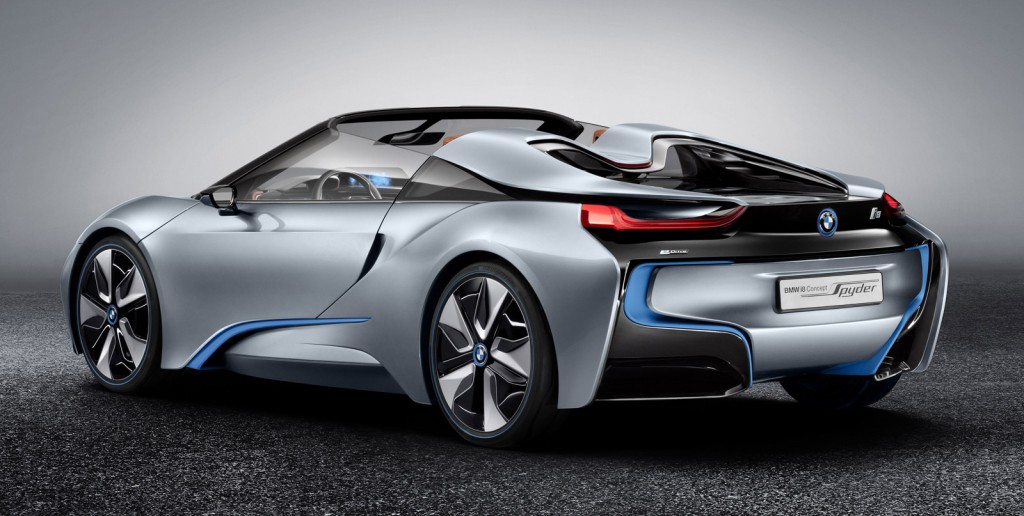