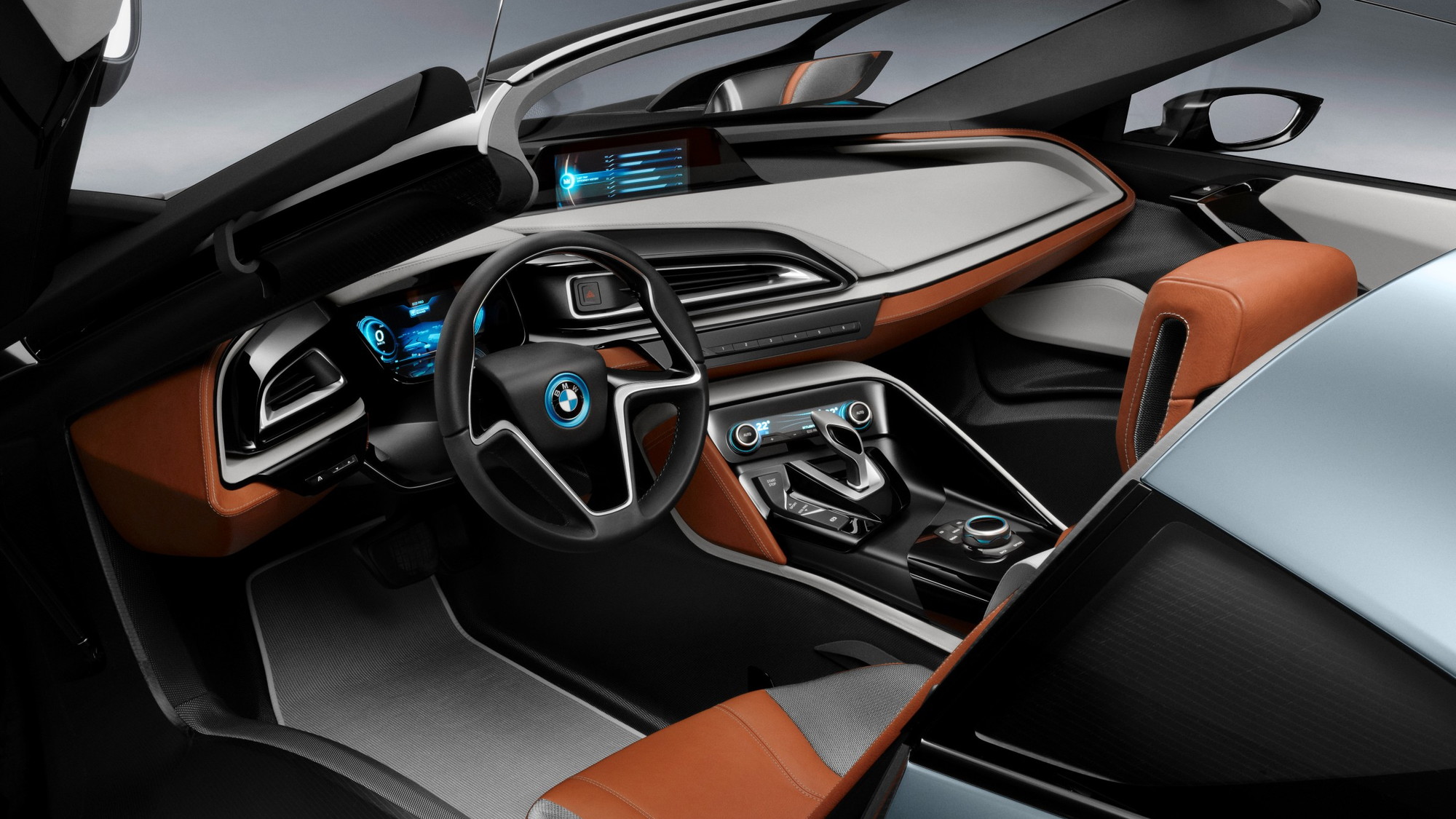 The 2012 New York auto show is underway and one of the stars is the BMW i8 Concept Spyder.

It's the topless version of the BMW i8 we've come to know and spy, and it has the same contradictory superposition of sports car performance over hybrid/electric gas mileage.

Rated at 354 combined horsepower from a 131 hp electric motor and a 223 hp three-cylinder gasoline engine, the i8 Concept Spyder claims a 0-62 mph acceleration time of just five seconds. It also claims a gas mileage rating of 78 U.S. mpg. Those are all impressive figures in a compact two-seater that weighs a rather stout 3,600 pounds.

While 354 horsepower is nothing to sneeze at, peak torque of 406 pound-feet is even more impressive, especially considering the instant-on torque of the electric motor, which likely accounts for a substantial part of that figure--though BMW hasn't provided a complete breakdown.

Not just about performance or gas mileage, a fully-charged i8 Concept Spyder can cover as much as 19 miles on electric power, without aid from the gasoline engine. The battery--of undisclosed capacity--sits longitudinally in the car, where the transmission tunnel would be in a traditional rear-drive car.

Speaking of drive, the electric motor drives the front wheels, while the gasoline engine drives the rear. As such, it's possible for the gasoline engine to power the car on its own, as well, while a high-voltage alternator can take some of the engine's power to recharge the battery pack on the fly, too. Regenerative brakes and a coasting-regen system also recuperate energy for the battery.

This high degree of variability in the drive layout also translates into an electronically-controlled dynamics system, which can provide maximum traction as well as efficiency.

As you'd expect, the i8 Concept Spyder also packs the latest and greatest of BMW's in-car technology, as well as a look the future of the brand's assistance systems, including Traffic Jam Assistant, Parking Assistant, and camera-based Collision Warning System.

The cabin also features a pair of large displays that function as the control interface, with a third displaying climate control settings. All of them use 3D displays, according to BMW, offering even more informative--or at least eye-catching--graphics.