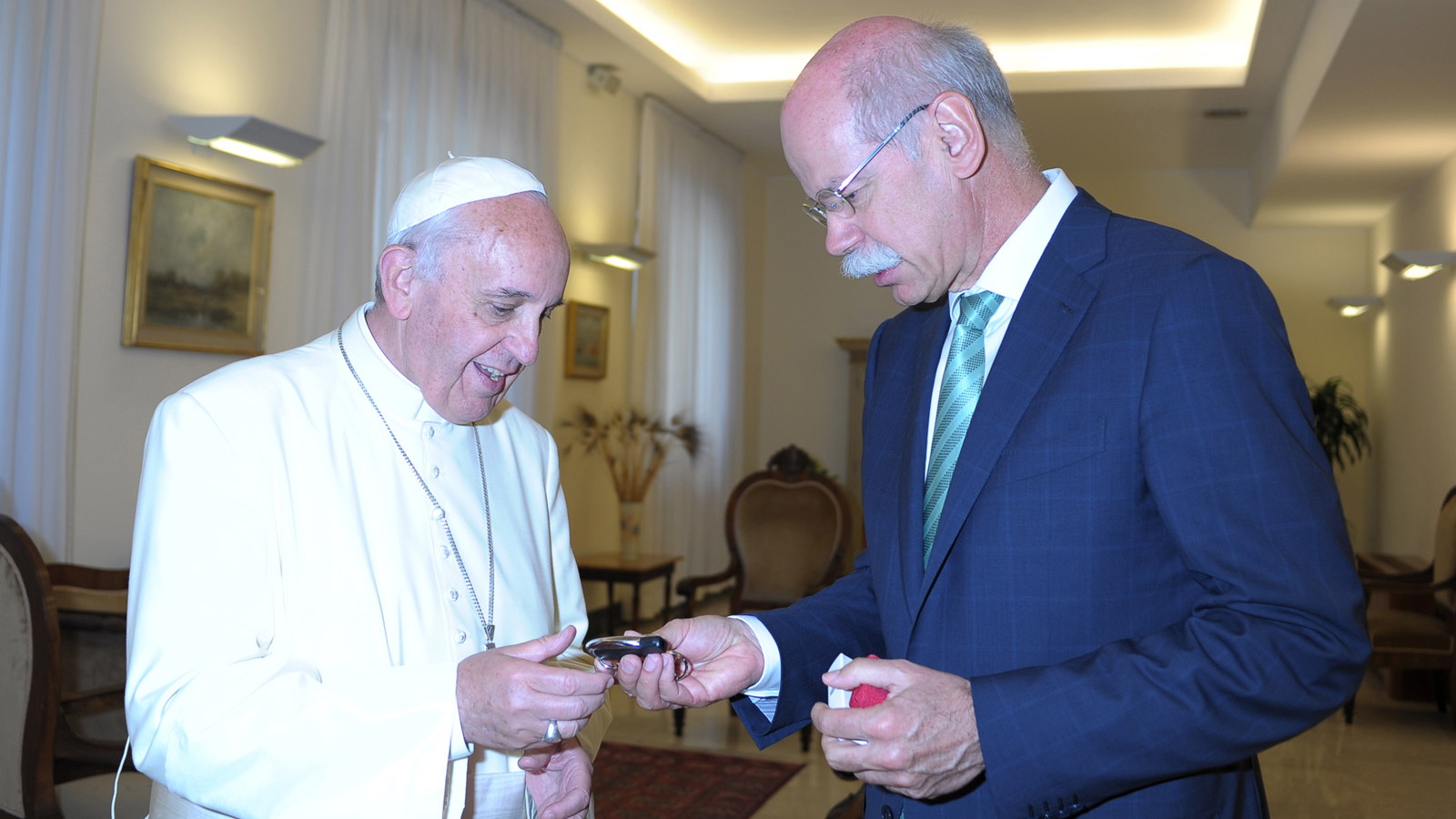 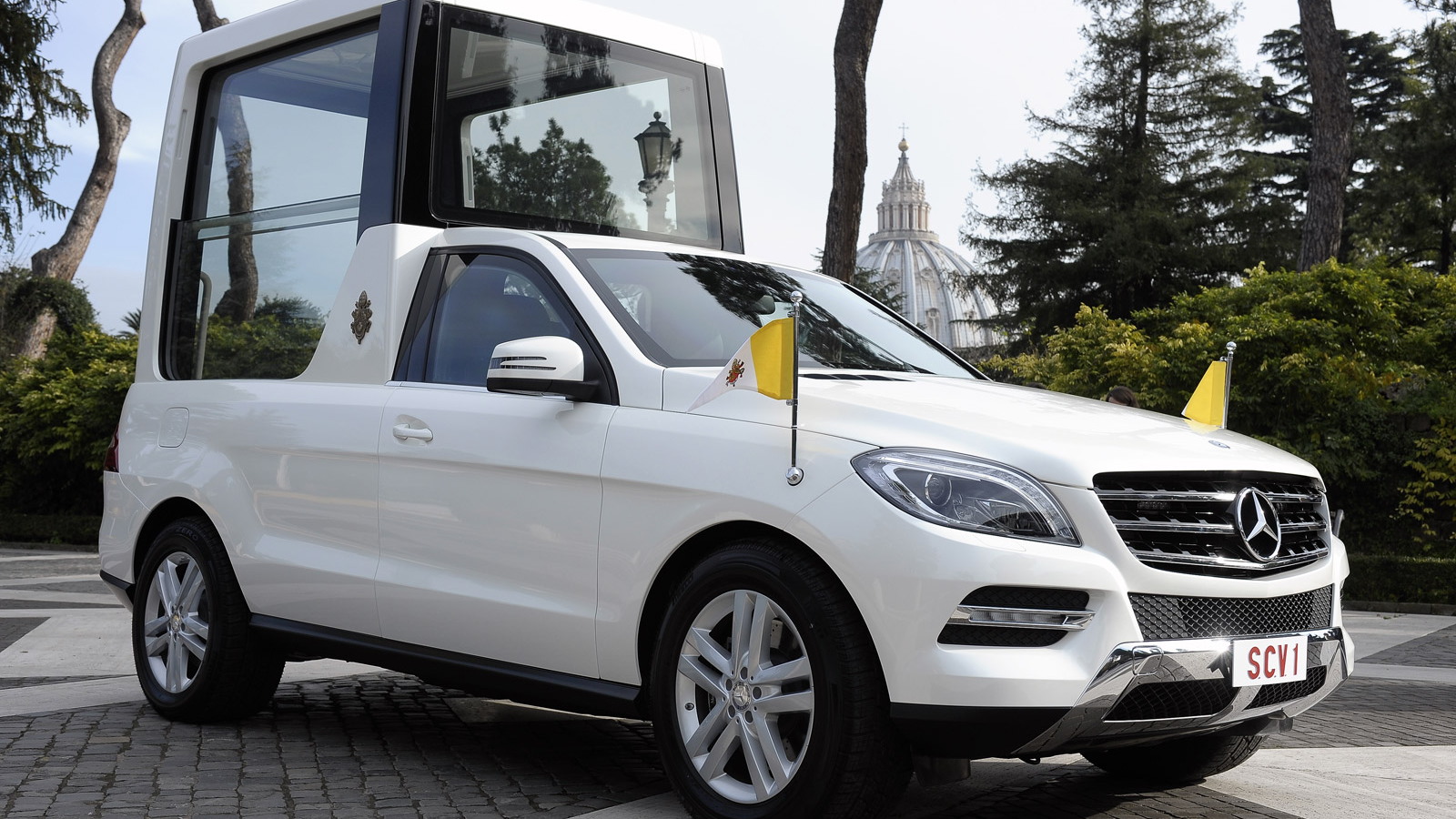 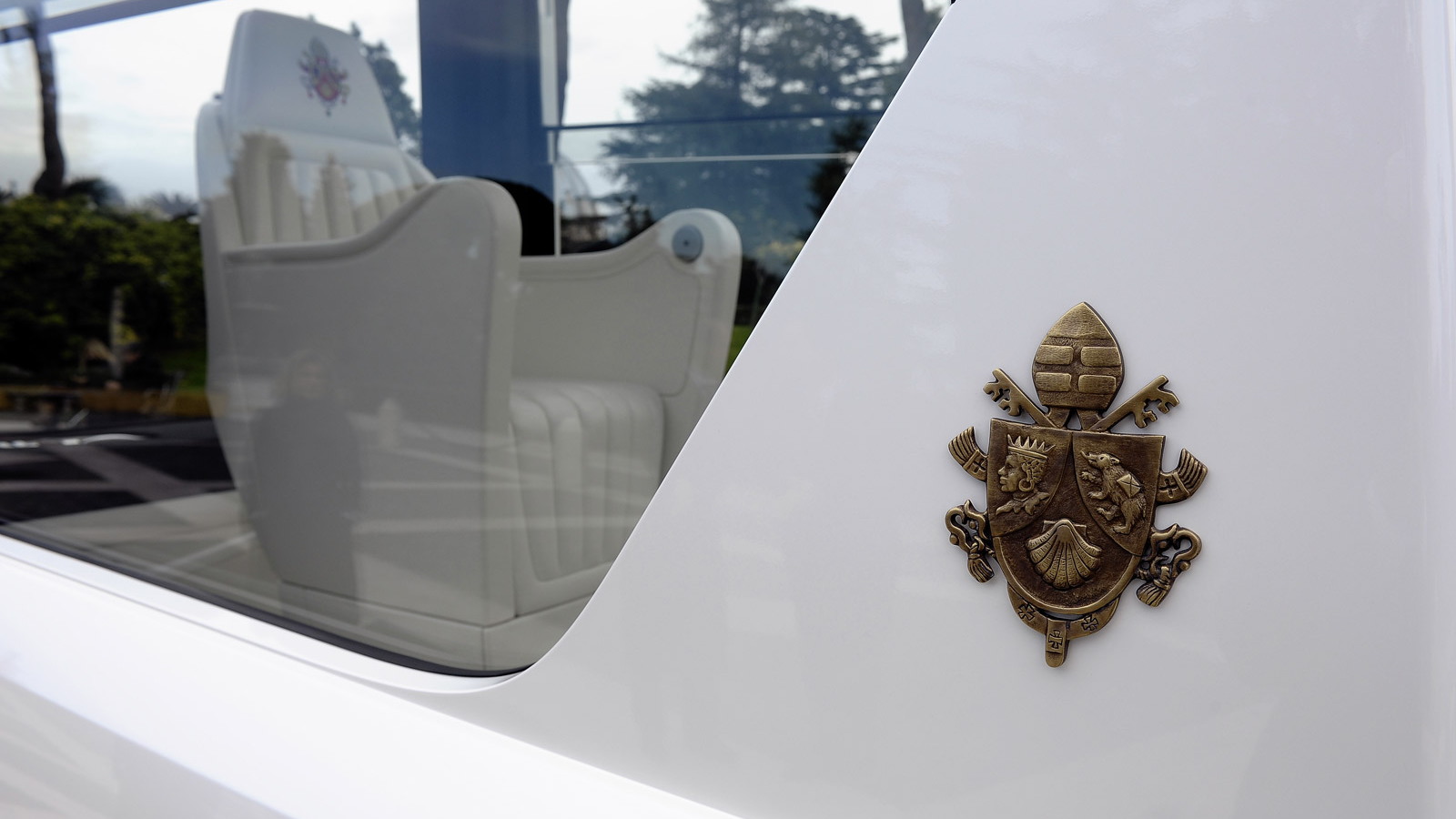 3
photos
Daimler CEO Dr. Dieter Zetsche headed to Rome, Italy recently to personally greet Pope Francis and hand over the keys to the Pontiff’s new Popemobile, a modified Mercedes-Benz M Class. The vehicle was built specially for the Pope and will first go into action later this month when he makes an official visit to Brazil.

During their encounter, Zetsche and the Pope also discussed sustainable and safer mobility as well as the Daimler’s charitable commitment. Zetsche is an admitted fan of the Papacy and has previously revealed that he was first lured to work for Mercedes-Benz when as a youngster he saw Pope Paul VI being driven by one of the automaker’s cars.

The latest Popemobile follows a long line of Mercedes-Benz cars used by the leaders of the Catholic Church over the past 80 years. Those include the first, a Nürburg 460 Pullman Saloon for Pope Pius XI. This was followed by a 600 Pullman Landaulet and 300 SEL for Pope Jon XXIII. His successor, Paul VI, used a Mercedes-Benz 600 pullman landaulet and, later, a 300 SEL.

The name “Popemobile” was first used in the 1980s in reference to the modified Mercedes-Benz G Class that Pope John Paul II regularly used for celebrations in Saint Peter’s Square. The G-Class was replaced by a Mercedes-Benz M Class in 2002. This specially built version was also used by his successor, Benedict XVI.