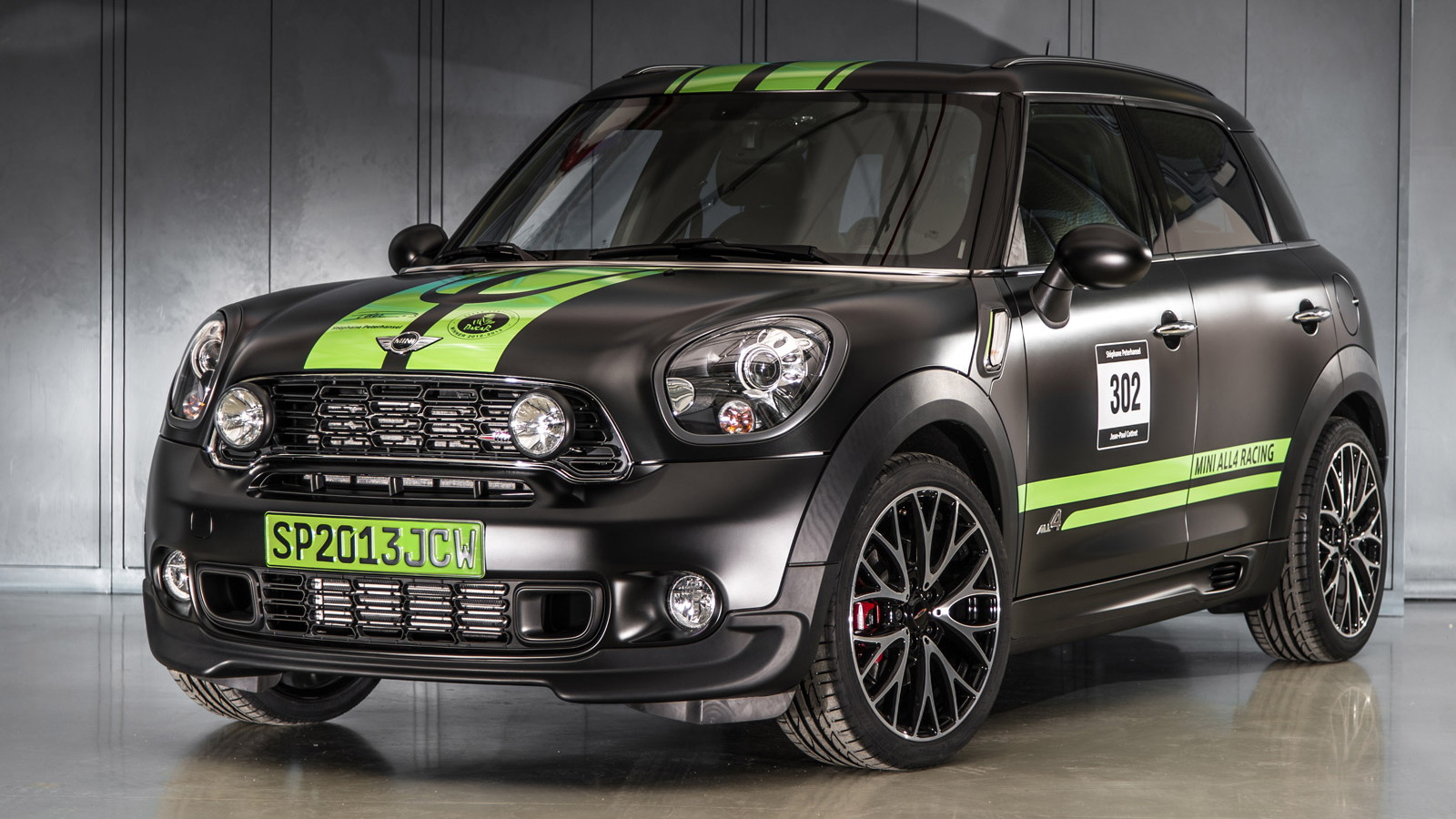 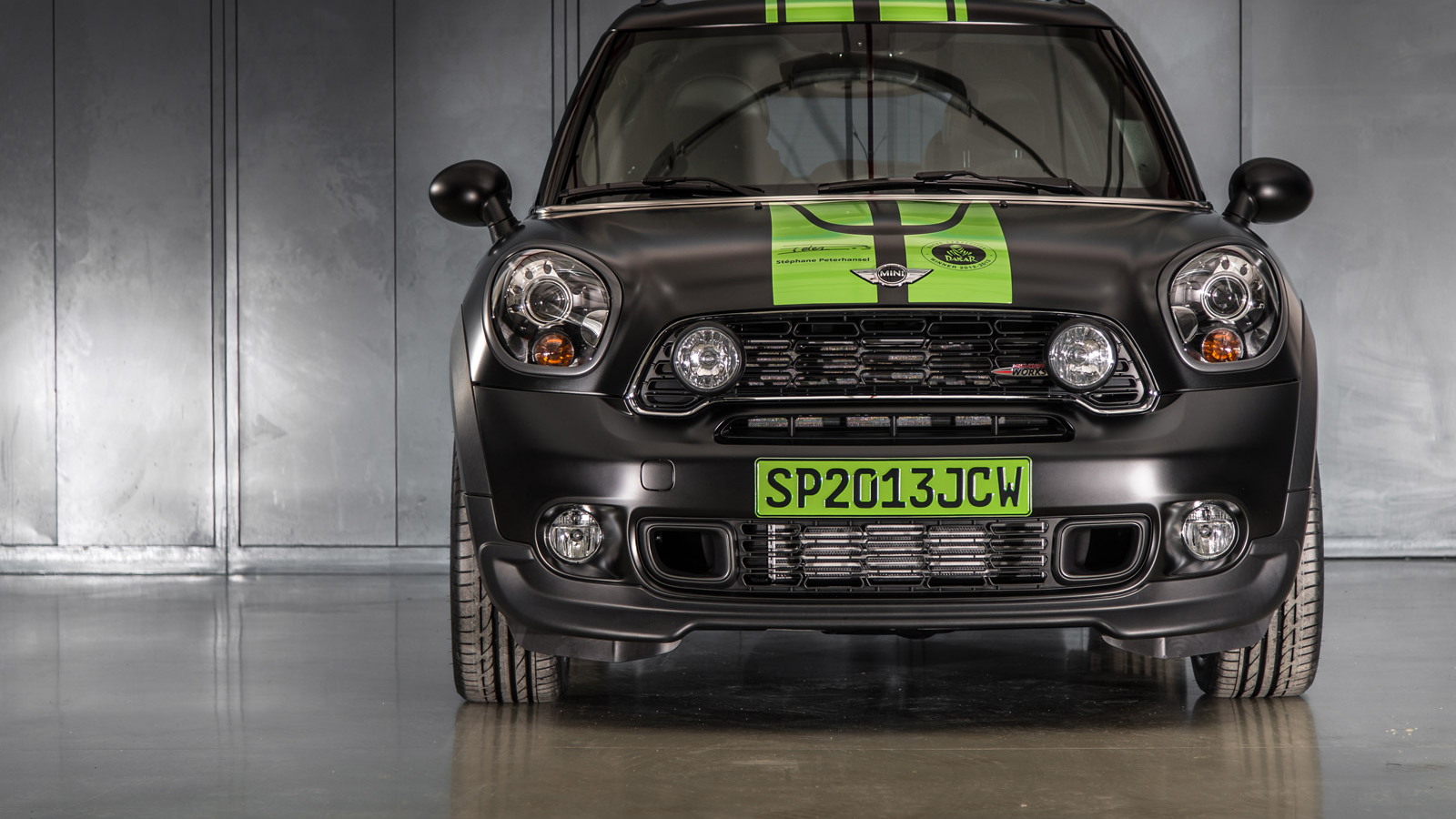 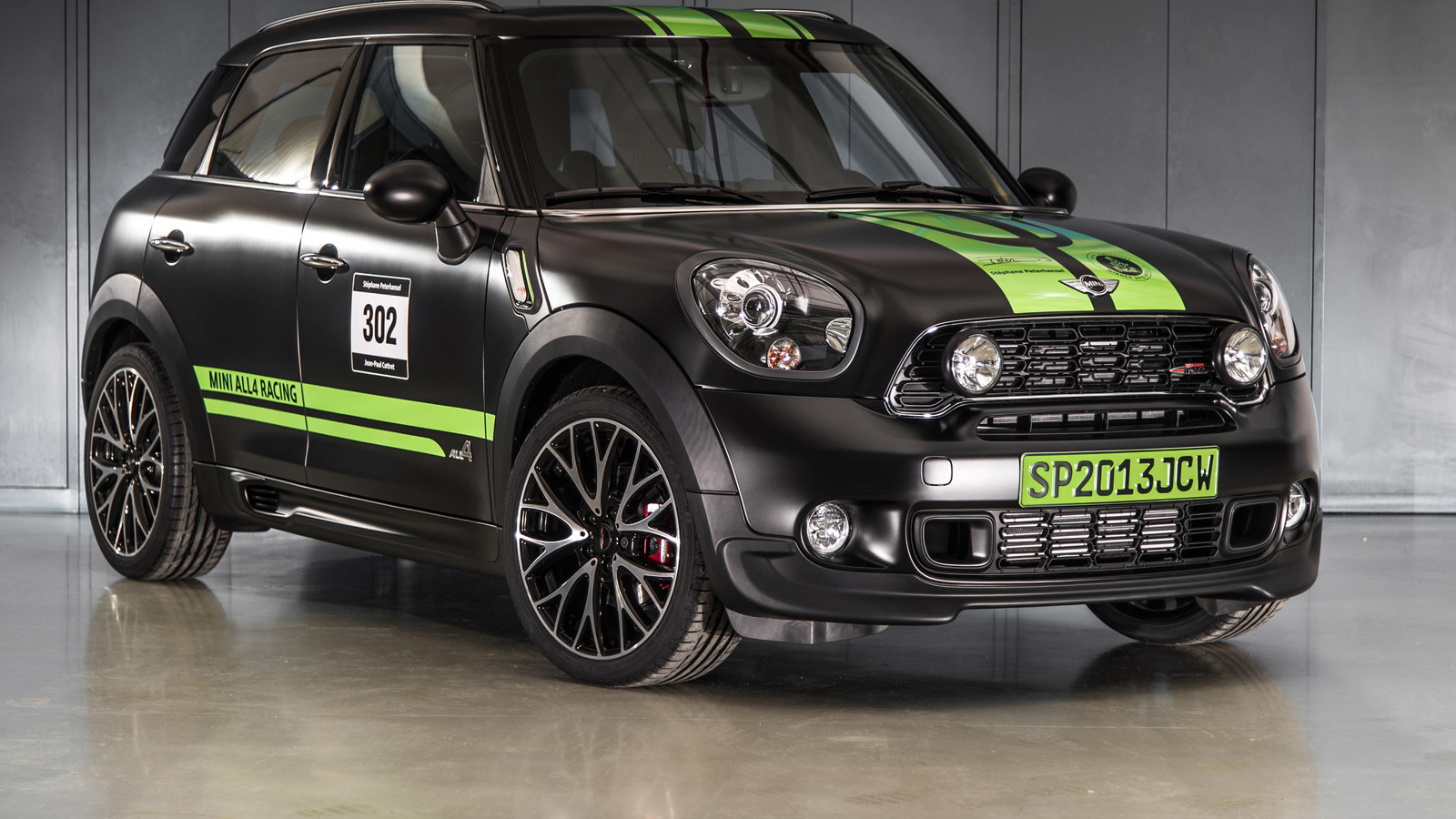 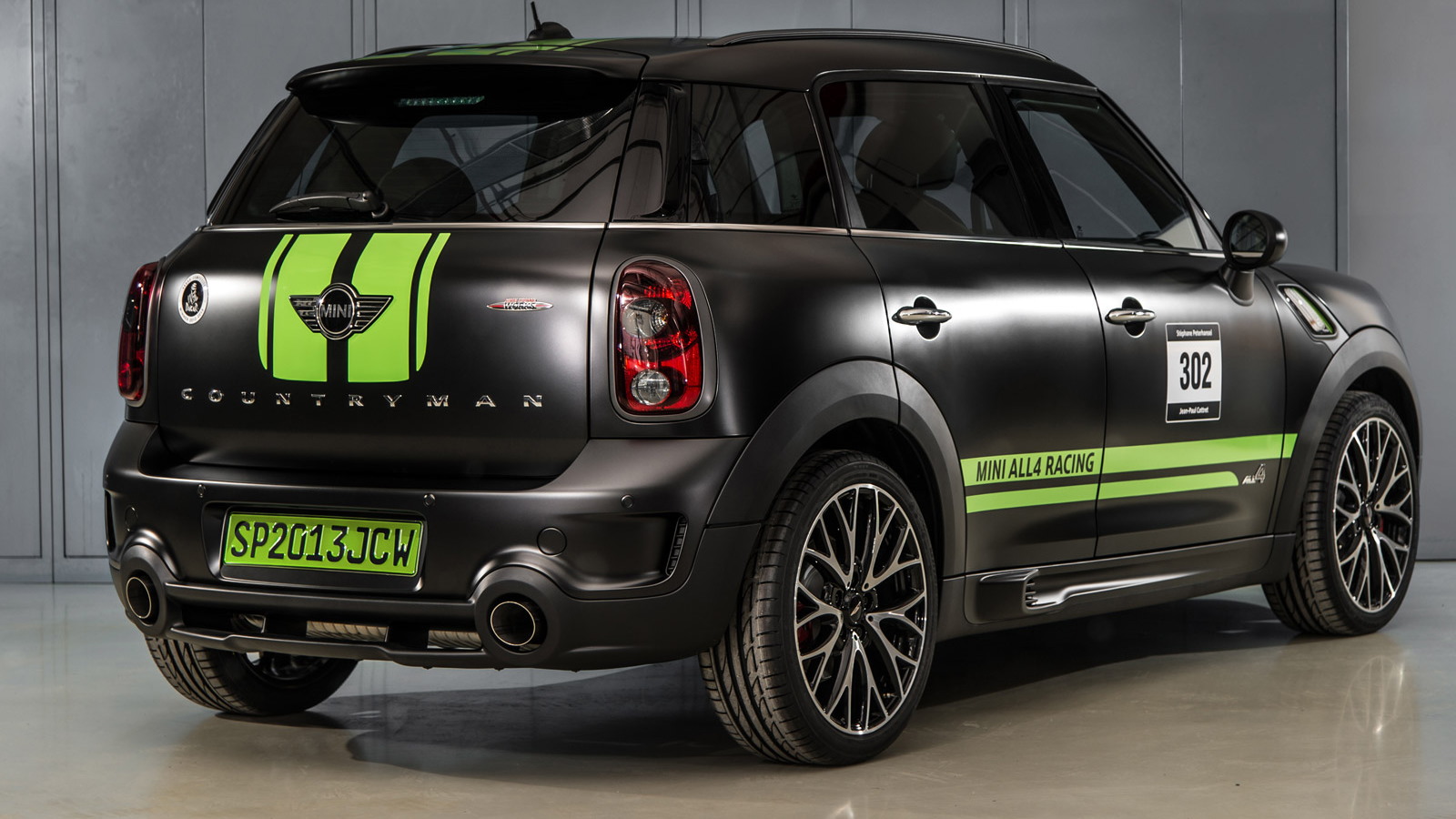 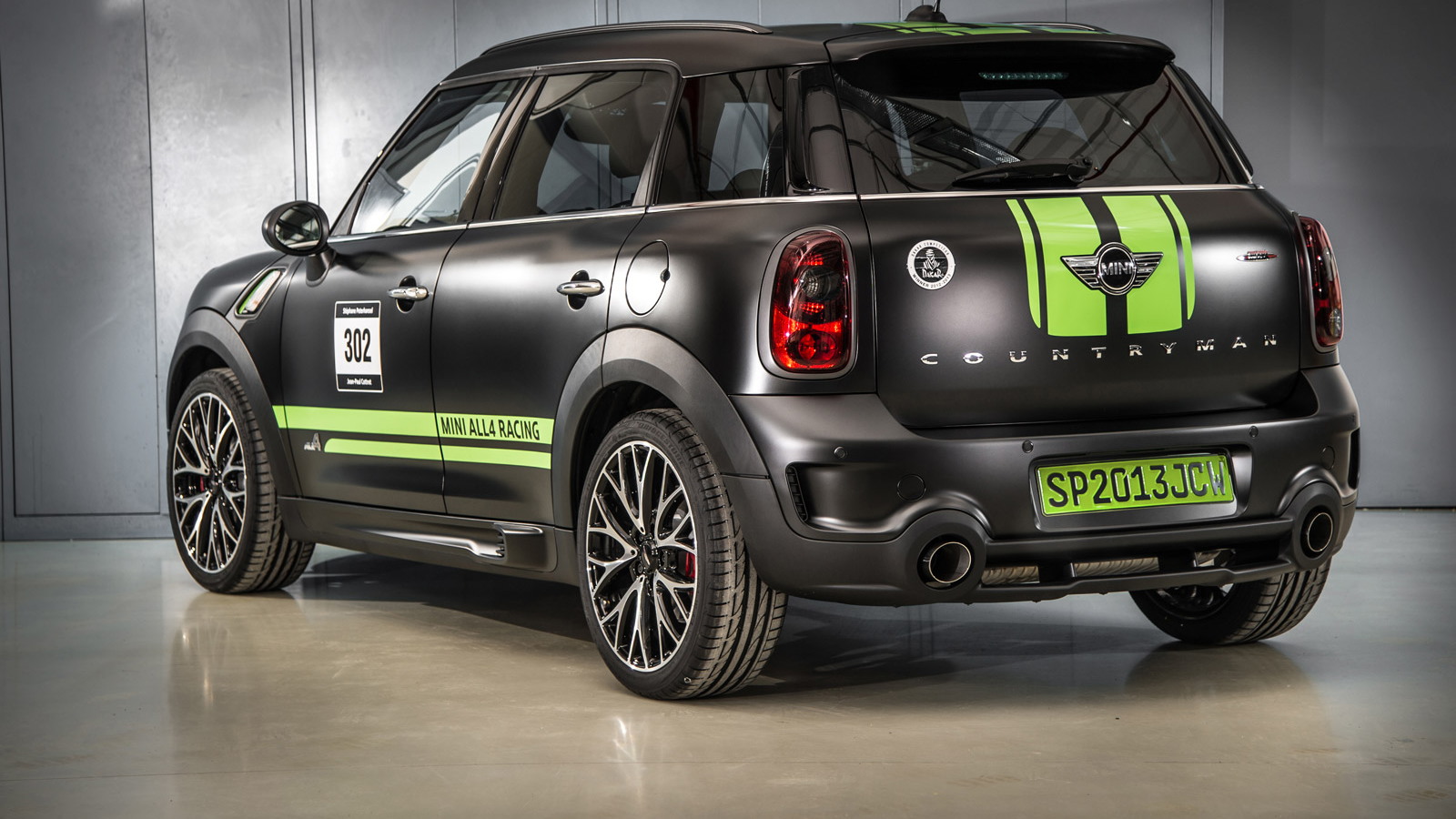 13
photos
A MINI, albeit a highly-modified one, has been driven to victory in the arduous Dakar Rally for the past two years, with Frenchman Stéphane Peterhansel and his co-driver Jean-Paul Cottret pulling off the feat on both occasions.

Their weapon of choice was the custom-built MINI ALL4 Racing, which is a high-performance racing version of the MINI John Cooper Works Countryman sports crossover.

In celebration of that success, MINI has built a special-edition JCW Countryman, which has been revealed ahead of its debut tomorrow at the 2013 Geneva Motor Show.

Only 11 examples will be built, commemorating Peterhansel’s career-spanning 11 individual Dakar wins, and all units will be sold exclusively in the rally driver’s home country of France.

Inspired by the colors of the Dakar-winning MINI ALL4 Racing, this matte black special edition comes with bright green design features for both the exterior and interior. These include sport stripes, which bear both the Dakar Rally winner’s logo and the signature of Peterhansel on the hood.

Elsewhere, the green stripes along the car’s flanks feature “MINI ALL4 Racing” lettering, while the driver and front passenger doors display the car number 302 and the names of the victorious pairing. The Dakar winner’s logo can also be seen alongside the JCW badge at the rear of the car.

Inside, the green contrast stitching for the gearshift lever gaiter and floor mats, and the green embroidered winner’s logo on the head restraints, are complemented by green stripes for the black interior trim strip on the centre console. Added to which are a special-edition logo--complete with serial number--on the interior trim strip above the glove compartment, and the typical JCW paraphernalia such as a sports steering wheel, leather-trimmed bucket seats and 19-inch light alloy wheels.

No changes have been made to the drivetrain, which means the cars will come with 211 horsepower and 207 pound-feet of torque from their turbocharged 1.6-liter engines.