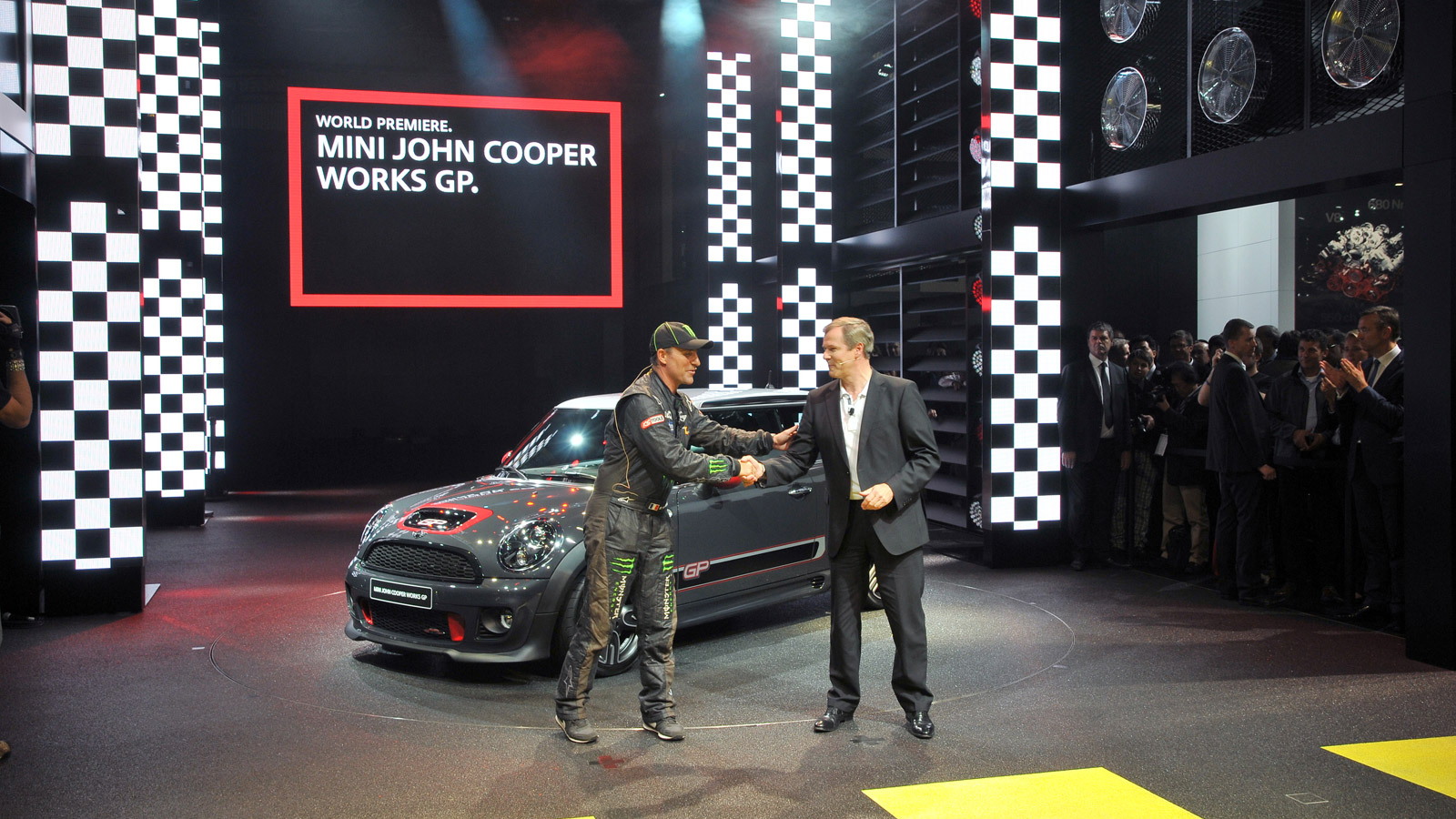 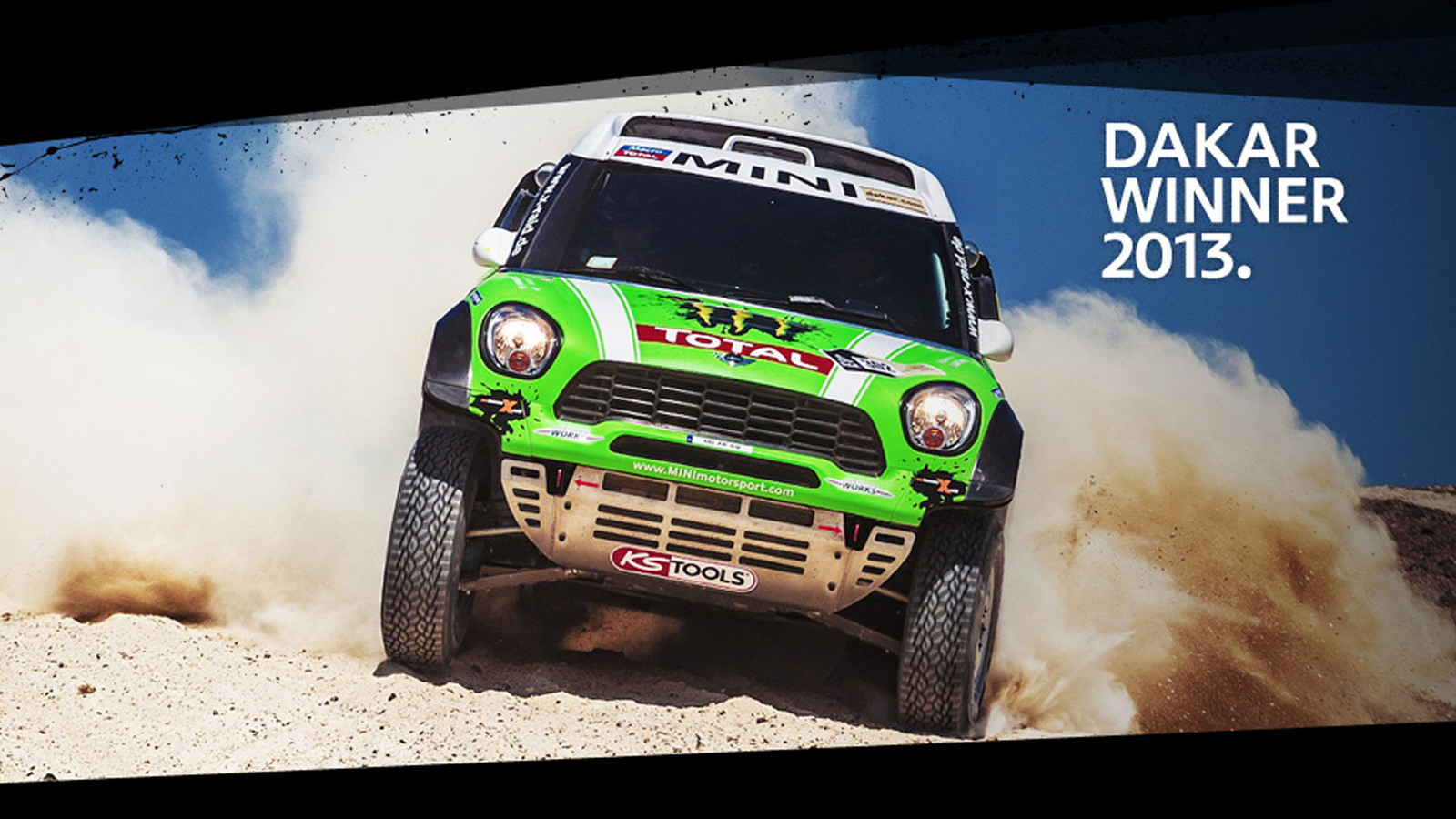 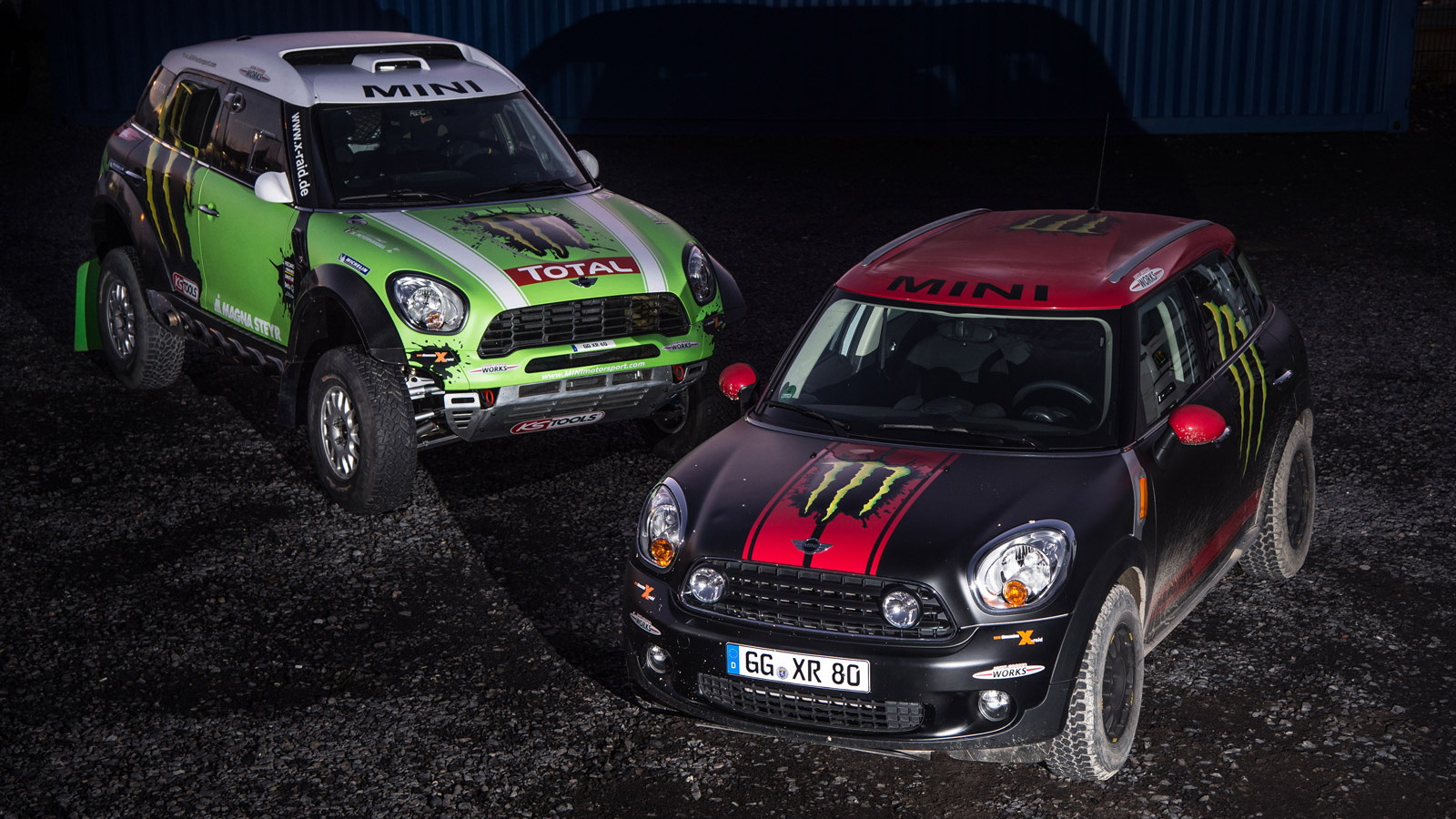 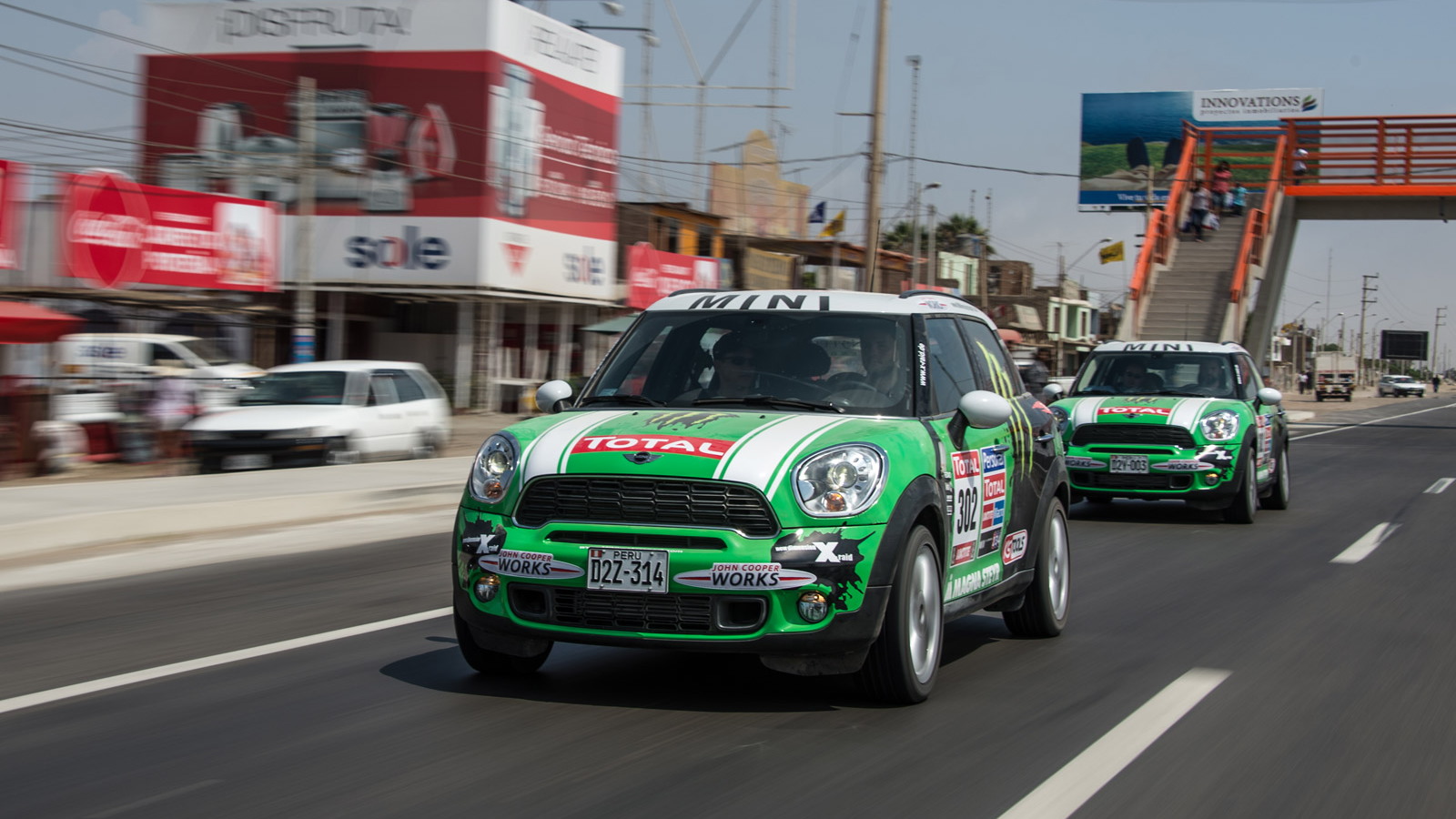 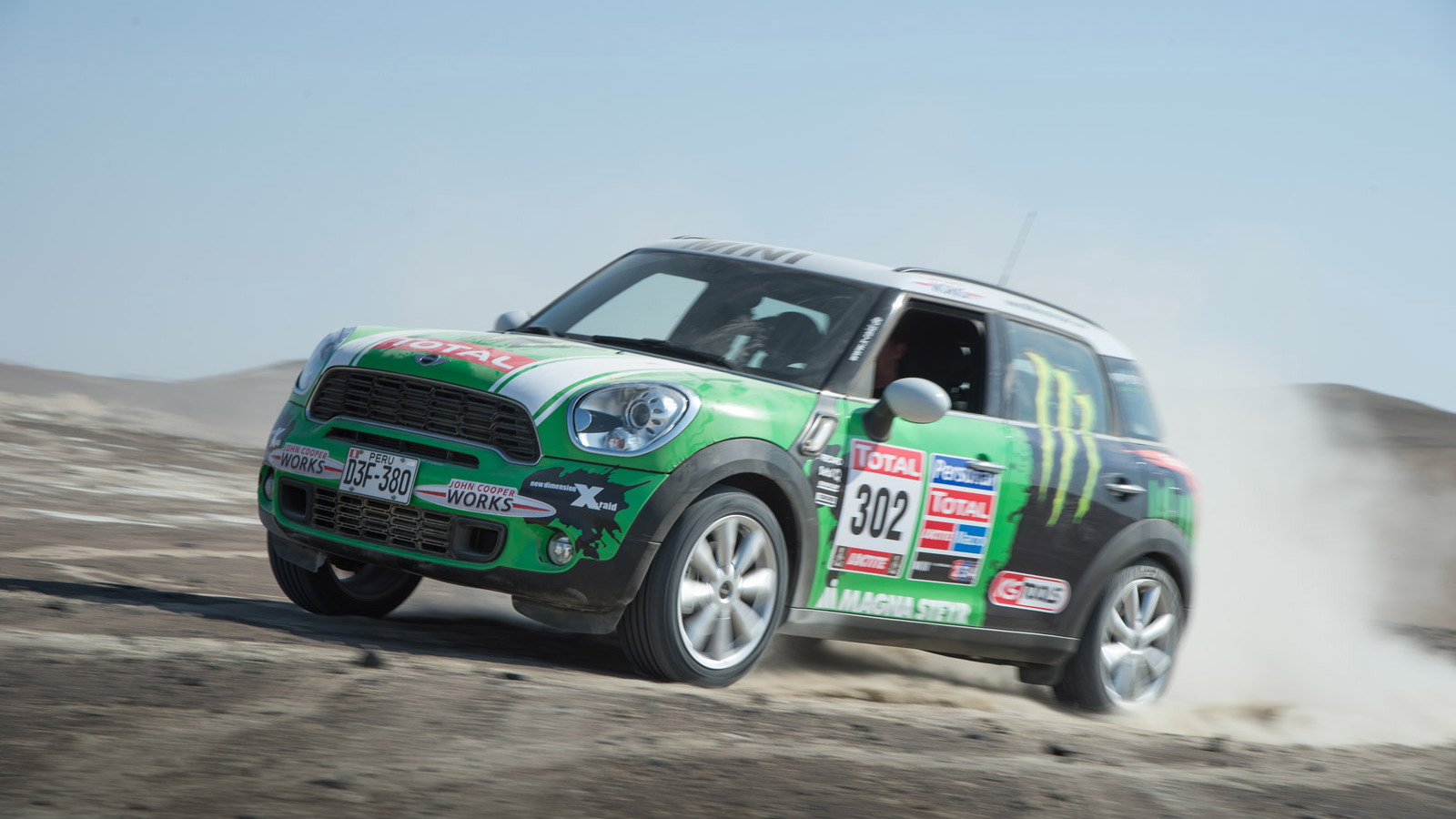 5
photos
Following their win at last year’s race, the duo made up of Frenchmen Stéphane Peterhansel and Jean-Paul Cottret have won the Dakar Rally once more, and in dominant style.

They piloted their Monster Energy X-raid Team-sponsored MINI ALL4 Racing to victory in the arduous race in a time of 38:32.39--more than 42 minutes ahead of the next fastest team.

And they managed to reach the top in the overall standings after just two stages, defending this lead all the way to the finish.

For Peterhansel, this was his 11th win at Dakar and his second using the MINI ALL4 Racing, a high-performance racing version of the MINI Cooper Countryman.

Though resembling the stock version, the MINI All4 Racing is actually built around a bespoke chassis and powered by a diesel engine developed by BMW Motorsport. The engine is a 3.0-liter turbodiesel delivering 310 horsepower and 516 pound-feet of torque.

It was also a successful race for several teams using the MINI ALL4 Racing; the Countryman-based racer also finished at positions 3, 4, 12 and 48.

Once again the rally was held in South America, having been hosted there since 2009 due to political unrest in the event’s traditional North African setting. There were 14 stages stretched over two weeks, with scores of drivers and riders traveling more than 5,000 miles across the plains and hills of Argentina, Chile and Peru during the event.

“This is a magnificent triumph and I would like to offer our congratulations on behalf of MINI not only to Stéphane Peterhansel and Jean-Paul Cottret, but also to Sven Quandt’s entire X-raid Team,” MINI boss Kay Segler said at a ceremony congratulating the winning team’s efforts. “The victory of the MINI ALL4 Racing last year was without doubt a surprise for many people, but now it is clear to everyone that this was no fluke.”

The top ten places in the car category at the 2013 Dakar Rally are listed below: