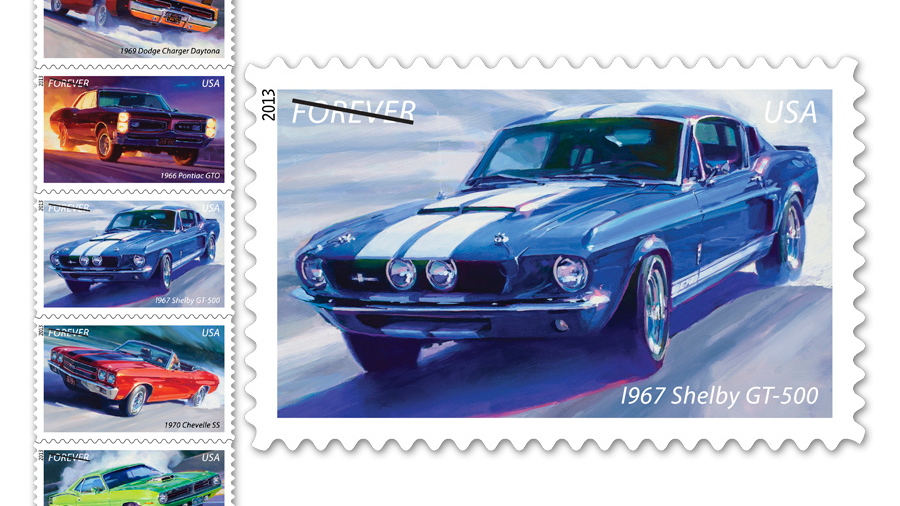 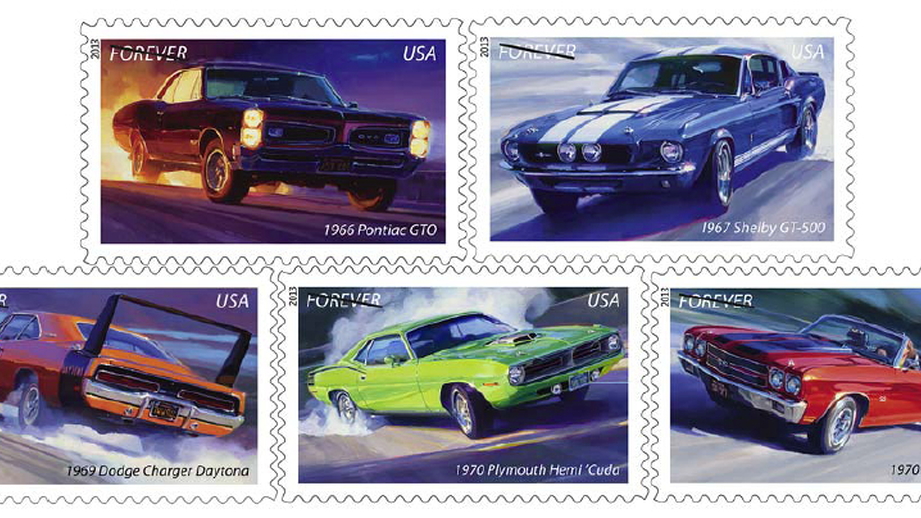 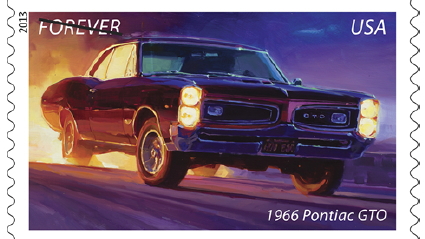 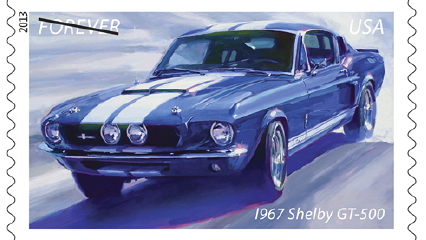 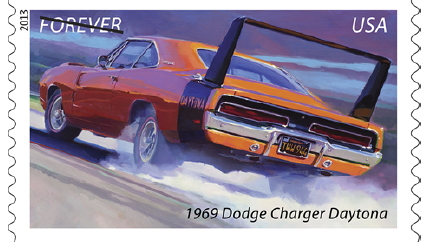 7
photos
If you’re a fan of muscle cars, with straight 40-weight in his veins and more horsepower in his garage than most villages in Europe, chances are good you don’t spend a lot of time hanging around the Post Office, waiting for the release of a new series of stamps.

In fact, based on its declining revenues, very few people hang around the Post Office these days, or even use its services. That’s why we’re bringing you news of a new series of “America on the Move” stamps, called “Muscle Cars Forever.”

The limited-edition “Forever” stamps (meaning that you can use them to mail a first class letter, as long as there’s still a Postal Service) go on sale tomorrow, February 22, and honor the tire-smoking glory of the 1966 Pontiac GTO, the 1967 Shelby GT-500, the 1969 Dodge Charger Daytona, the 1970 Plymouth Hemi ‘Cuda and the 1970 Chevelle SS.

Collectors can also buy uncut press sheets, first day covers, a set of five digital color postmarks and a ceremony program, too, all via the USPS website. Though the Postal Service has offered poster-sized artwork in the past, it doesn’t sound like prints of the Muscle Car series will be produced or marketed.

The Muscle Cars Forever series joins two other car-themed collections, “50s Sporty Cars” (released in 2005) and “50s Fins and Chrome” (released in 2008) in the “America on the Move” series.

While we can’t predict if the USPS-issued Hemi ‘Cuda will ever appreciate as much as the Plymouth-minted version, one thing is certain: the Postal Service ‘Cuda is the only one our bank accounts can handle.