There are many things wrong with America today, but foremost among those things are the abhorrently low speed limits on our streets and highways. You want to speed up the economy? Speed up its arteries! Vote for Prop 130, a new national speed limit of 130 mph.

OK, so this is just a clever video game ad for Electronic Arts' Need For Speed Most Wanted, published today on the back of the A section of the New York Times. But, as the infographic below shows us, there are some very good reasons to take it seriously.

OK, no, not really. But just think of how much fun it would be to go anywhere and everywhere at 130 mph.

OK, now think about how not fun it would be to have everybody else going anywhere and everywhere at 130 mph.

Yeah. That's why we have video games. Need For Speed Most Wanted hits stores tomorrow. 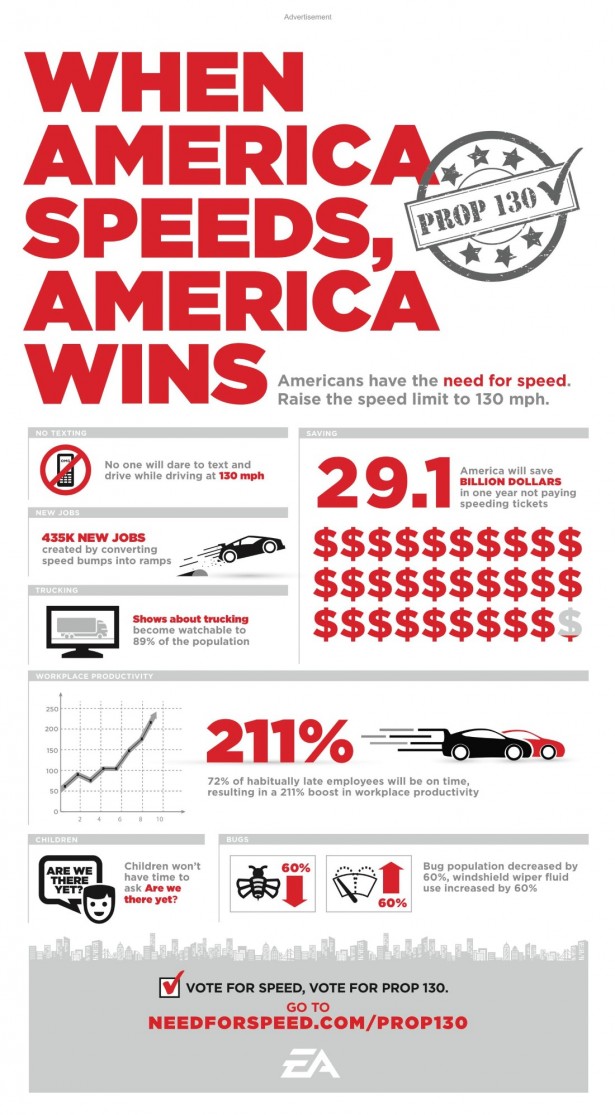