8
photos
Lexus has pulled off a major surprise ahead of the 2012 Paris Auto Show by revealing a striking new coupe concept that previews the styling direction of its next-generation 2014 IS as well as heralding a new coupe model. Dubbed the LF-CC, the concept showcases the latest evolution of Lexus’ L-finesse design language and has already been confirmed for production.

The LF-CC’s reveal reaffirms yet again CEO Akio Toyoda’s promise to introduce sportier and more emotional designs, and its eventual market launch will plug one of several gaping holes in the automaker’s lineup. In the case of the LF-CC, we're talking about the reasonably priced luxury coupe segment currently dominated by the likes of the BMW 3-Series Coupe and new Mercedes-Benz C Class Coupe.

As the images confirm, the LF-CC’s grille is the most aggressive variation of Lexus’ spindle design we’ve seen yet. Framed by the hood’s leading edge, the deep lower spoiler and projecting front fender tips, the grille mesh is encased in a deep, metal-finish surround and takes on a very aggressive form.

The taut bodywork is reminiscent of the skin of the LFA supercar, while at the rear we can clearly see inspiration from the previous LF-LC concept. The lights, meanwhile, are all LED units.

As for the interior, Lexus says it’s also a close preview of what to expect for its future IS. The driver sits low and benefits from a driver-focused cockpit, a wide grip steering wheel, and high-visibility instrument dials. The center console is divided into two distinct zones: an upper, Display Zone, with a multi-display screen, and a lower, Operation Zone, which integrates a new gear lever design and touch-pad controller. 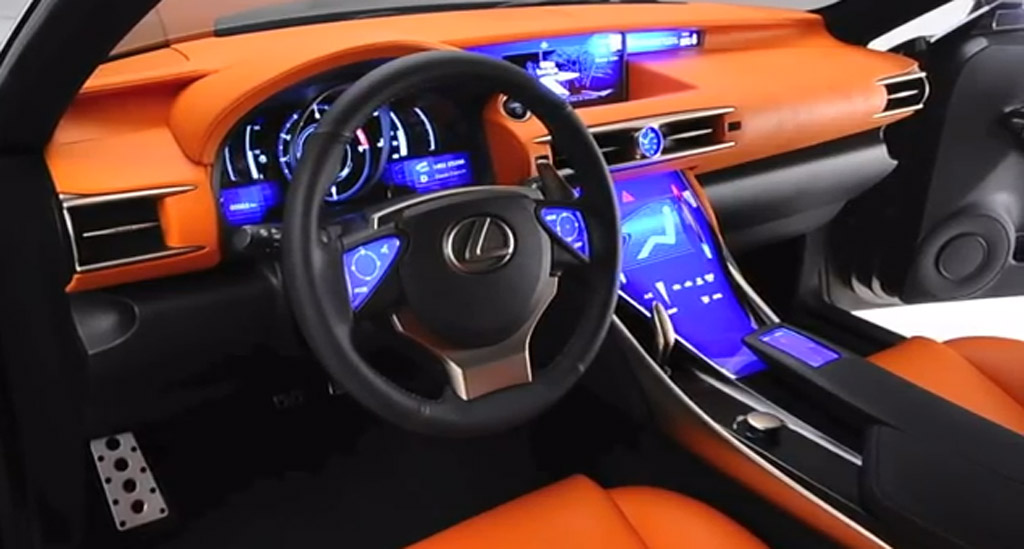 Like the rest of the car, the drivetrain is also a preview of a production-destined unit. In this case, it is a parallel hybrid system pairing a direct-injected 2.5-liter four-cylinder gasoline engine with an electric motor that’s claimed to offer class-leading efficiency. Part of the setup includes a power split device which relies on planetary reduction gears to combine and reallocate power from the engine, electric motor and a generator depending on load.

With the new LF-CC already confirmed for production, and a second, high-end sports concept set to debut at the 2012 Australian Motor Show next month, it looks like performance fans are in for a treat this coming year.

Stay tuned for more details and all the live images once the 2012 Paris Auto Show kicks off on September 27.