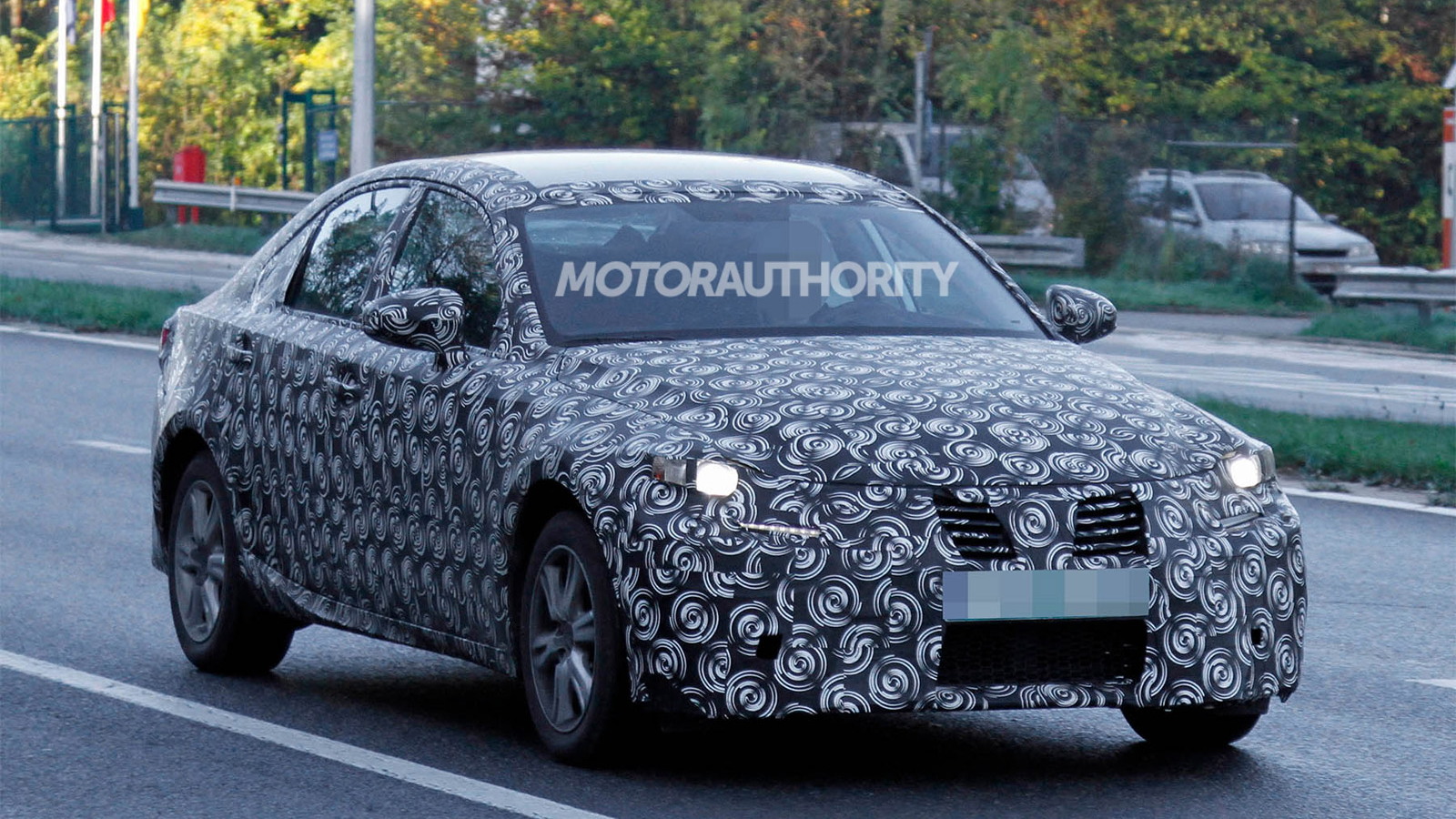 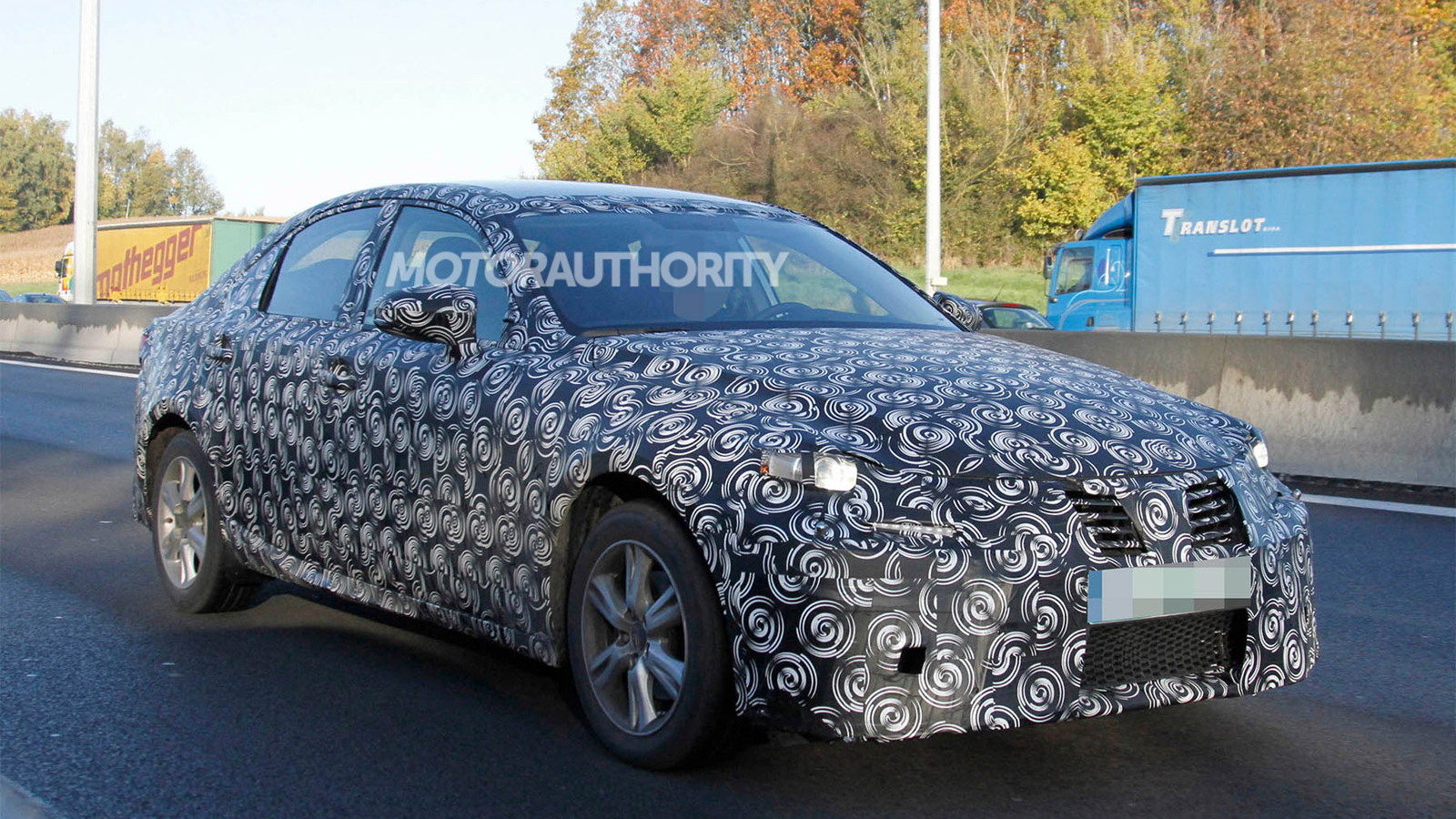 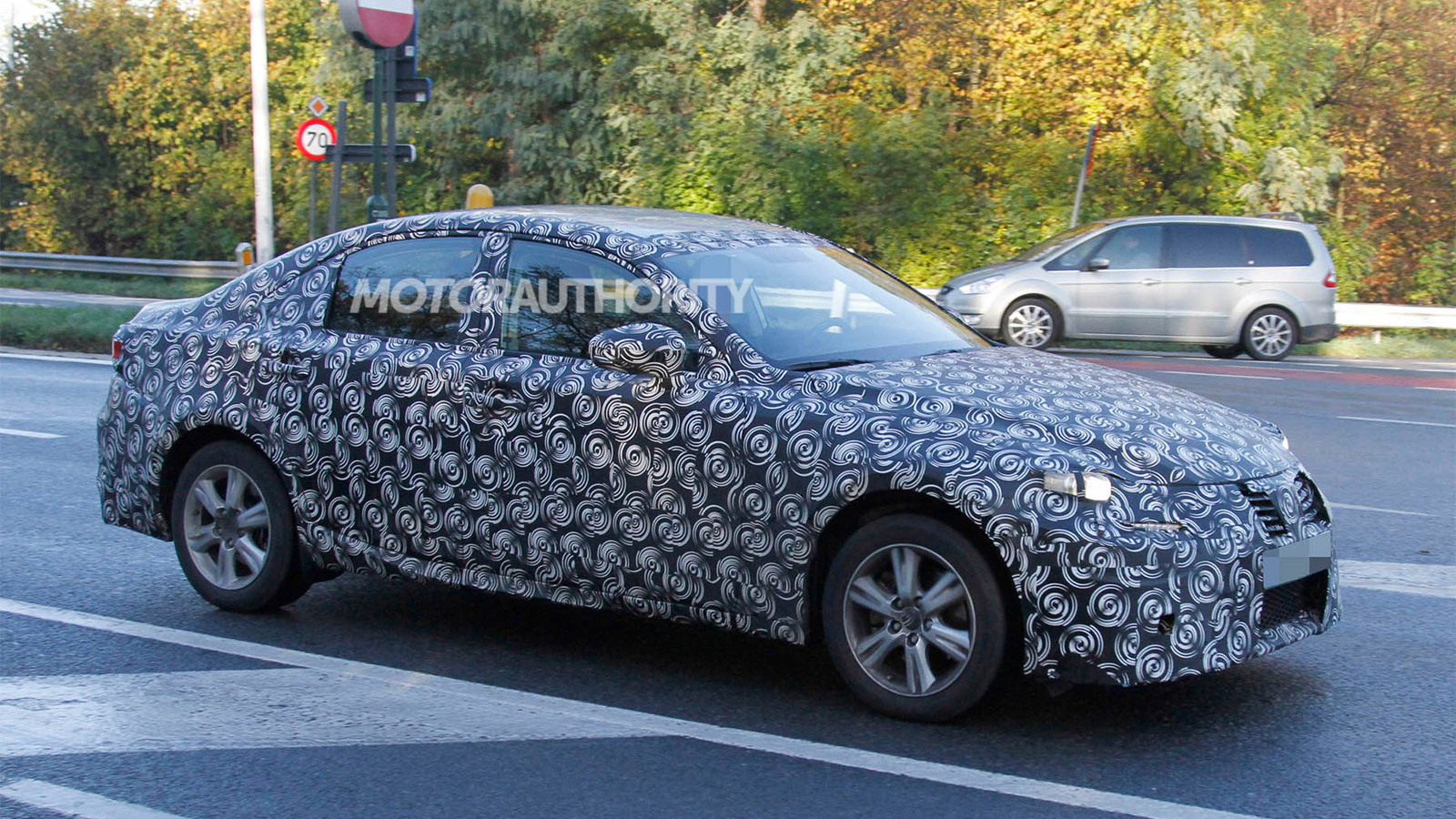 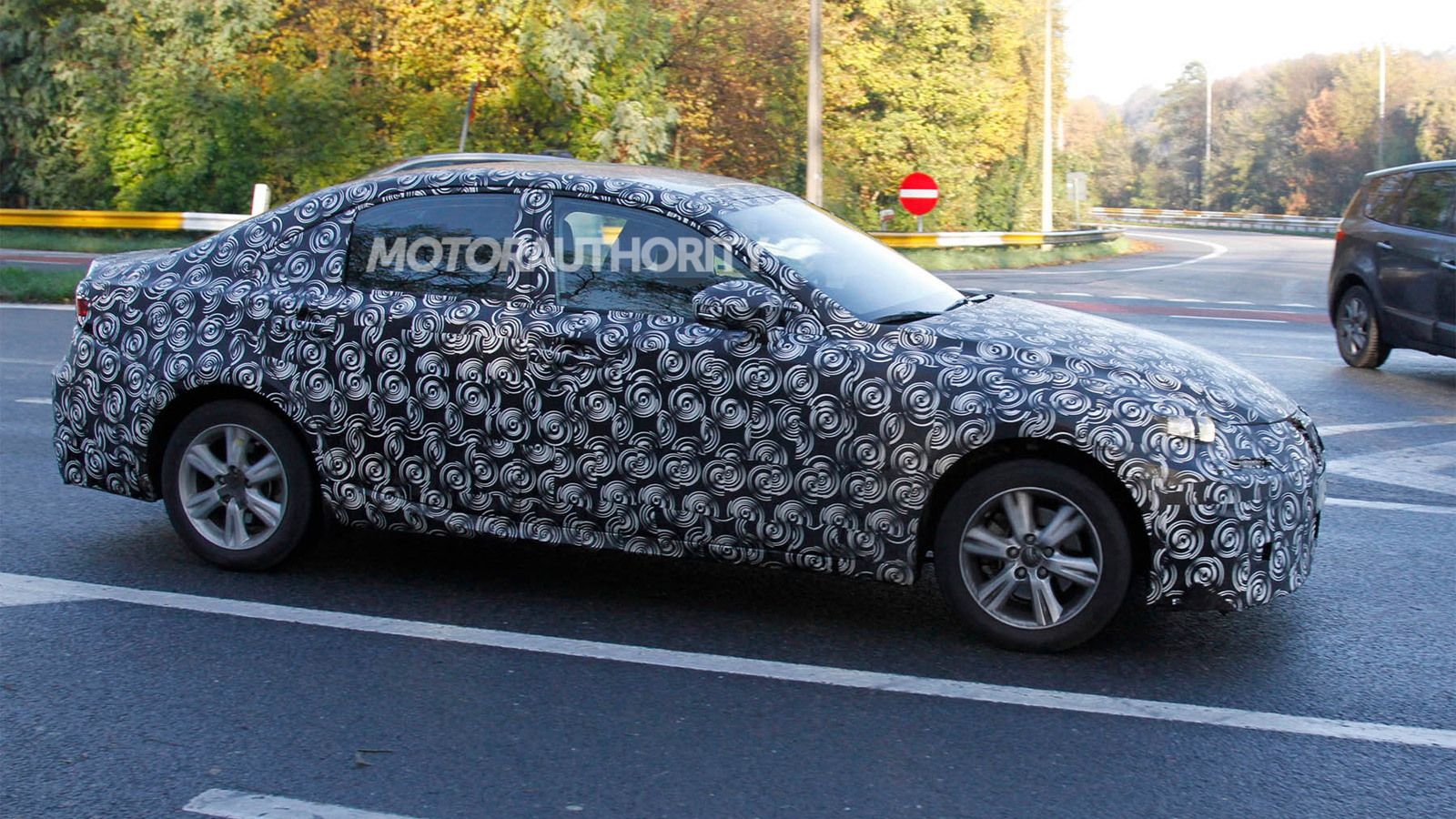 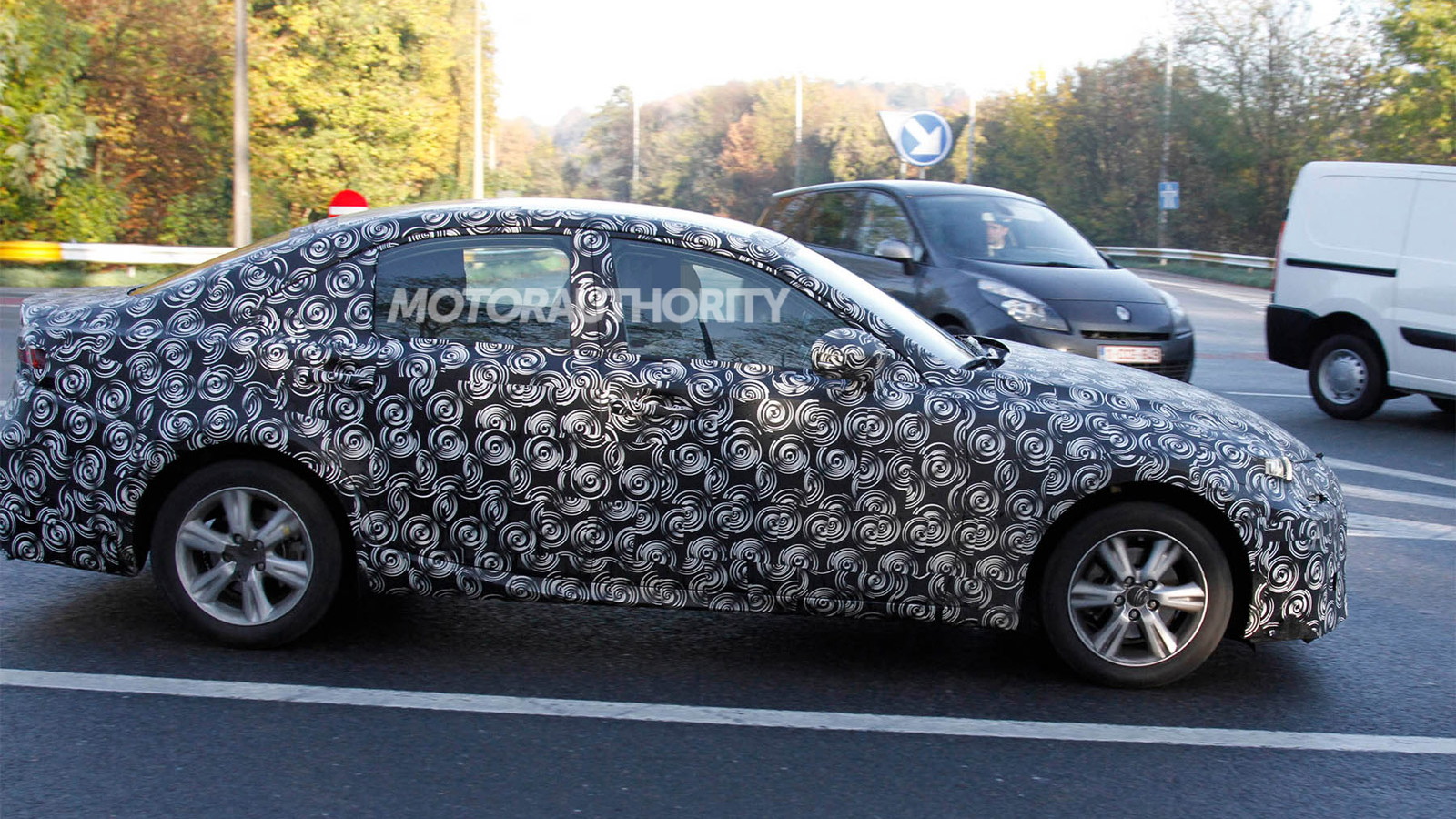 30
photos
Development of the 2014 Lexus IS sedan is progressing nicely, with the latest prototypes now wearing the least camouflage gear yet. We can clearly see elements of the car’s new spindle grille, as well as its sharply creased character lines and coupe-like proportions.

The overall dimensions of the car haven’t changed much compared to the current IS, though the profile appears much more streamlined.

At the rear, we can see a sharp crease leading from the top of the fender to the trunk lid, as well as what could possibly be new inverted L-shaped tail-lamps inspired by the units on the LF-LC concept car. Beneath these is a pair of fairly conventional oval exhaust tips.

Though there are claims the 2014 IS will utilize a stretched version of Toyota’s rear-wheel drive platform underpinning the Scion FR-S and its Subaru BRZ twin, a more likely scenario would see the new IS ride on a shortened version of the GS’ platform. Giving credence to the latter was the sighting of early test mules for the new IS with a similar suspension setup to the one in the GS. This means that the new IS may feature adjustable damping and active rear steering, just like its bigger brother.

As for the powertrain lineup, a new turbocharged and direct-injected four-cylinder engine is expected to replace the current IS 250’s 2.5-liter V-6, while the new IS 350 should pick up a version of the 306-horsepower 3.5-liter V-6 found in the GS 350. An eight-speed automatic is expected across the range.

Further down the track a new hybrid model will be launched, once again previewed by the LF-CC. It will match the new IS 250’s turbo four with a Lexus Hybrid Drive system in order to gain gas mileage of better than 40 mpg. A high-performance IS F version should return,  and will likely stick with a V-8 engine.

The good news is that Lexus has confirmed that it will be launching a new IS coupe, though this means we may see the IS C convertible discontinued.

Stay tuned as development progresses, and look for a debut of the 2014 Lexus IS at either this month’s 2012 Los Angeles Auto Show or the 2013 Detroit Auto Show in January.