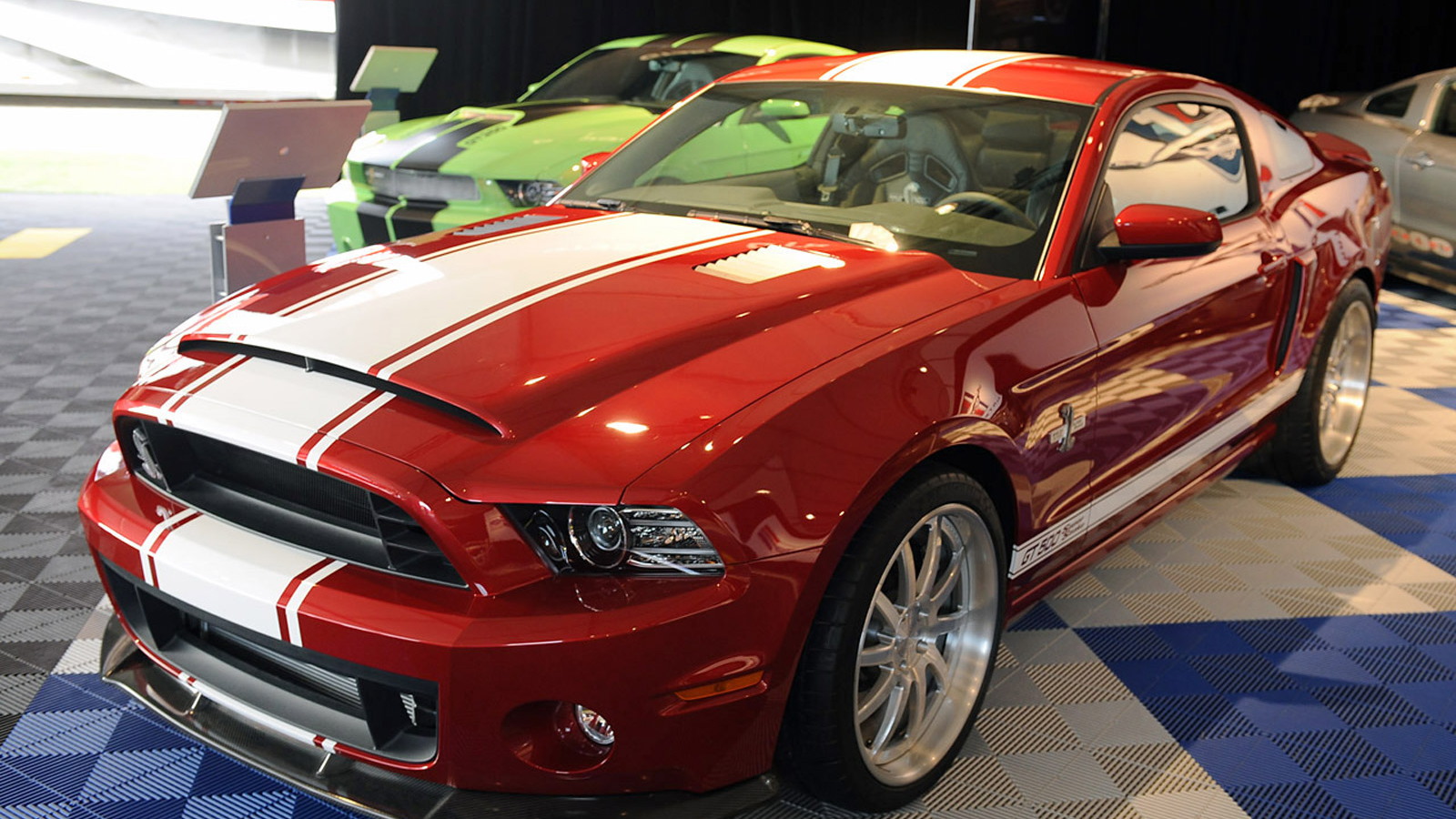 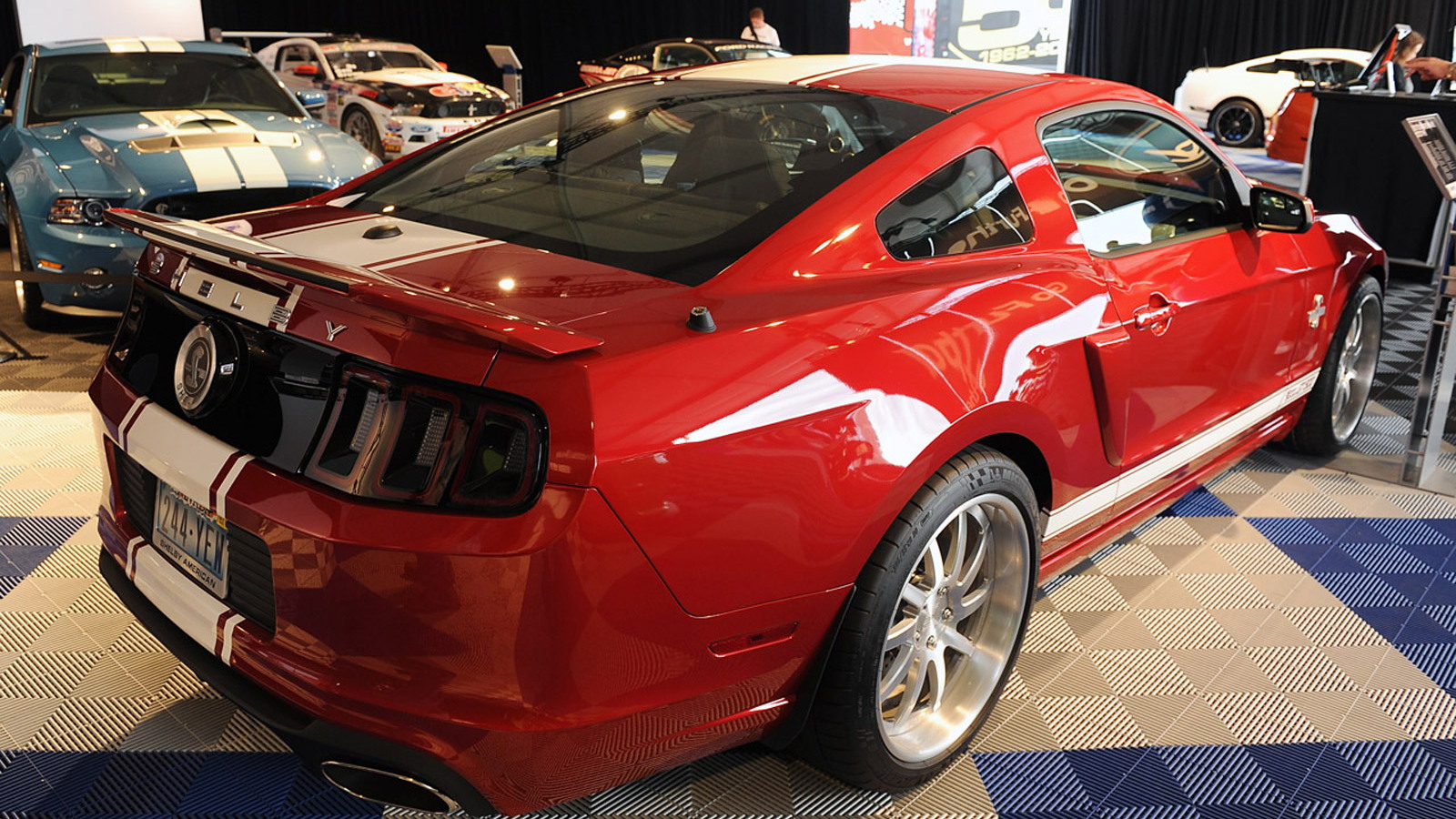 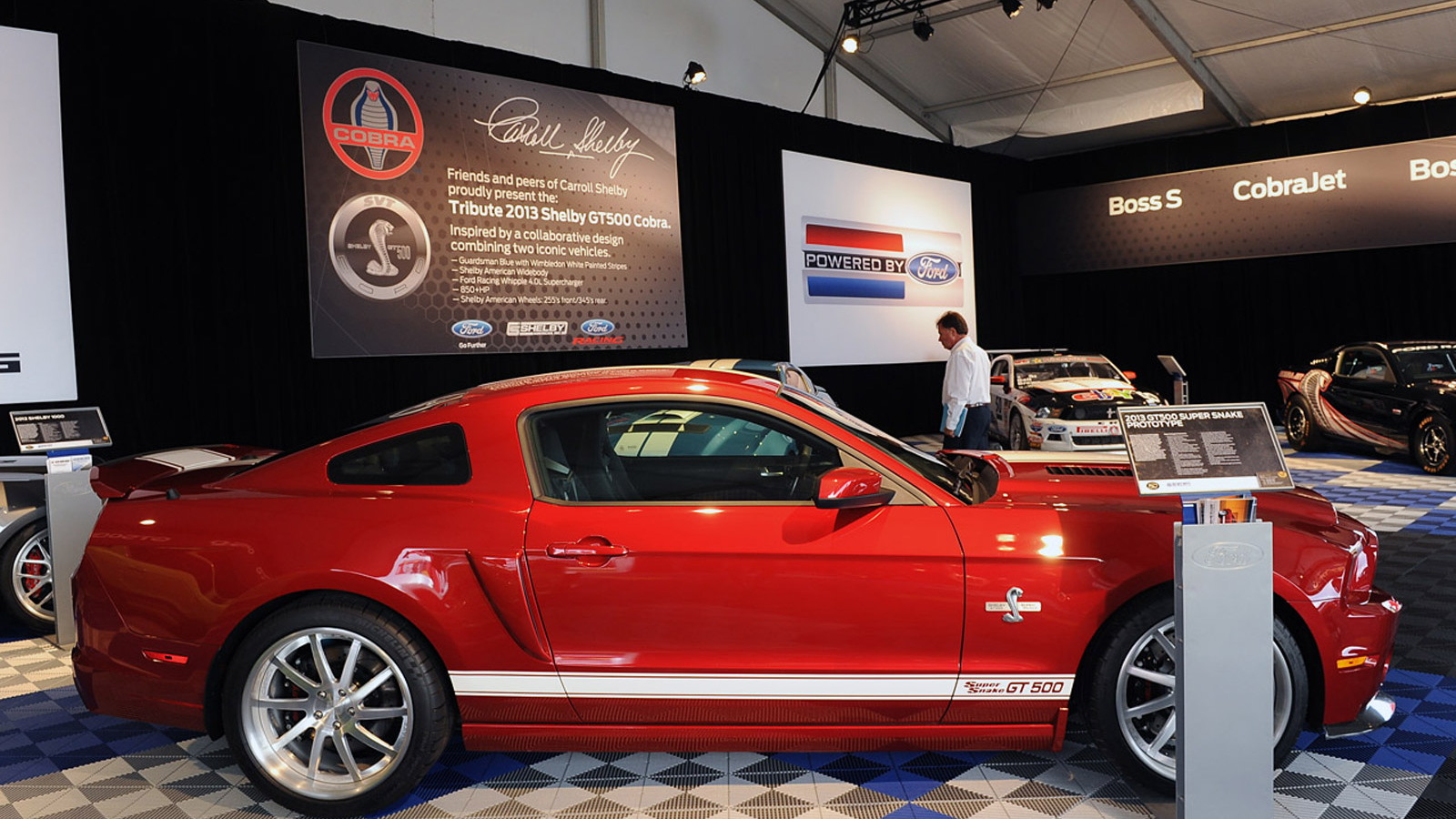 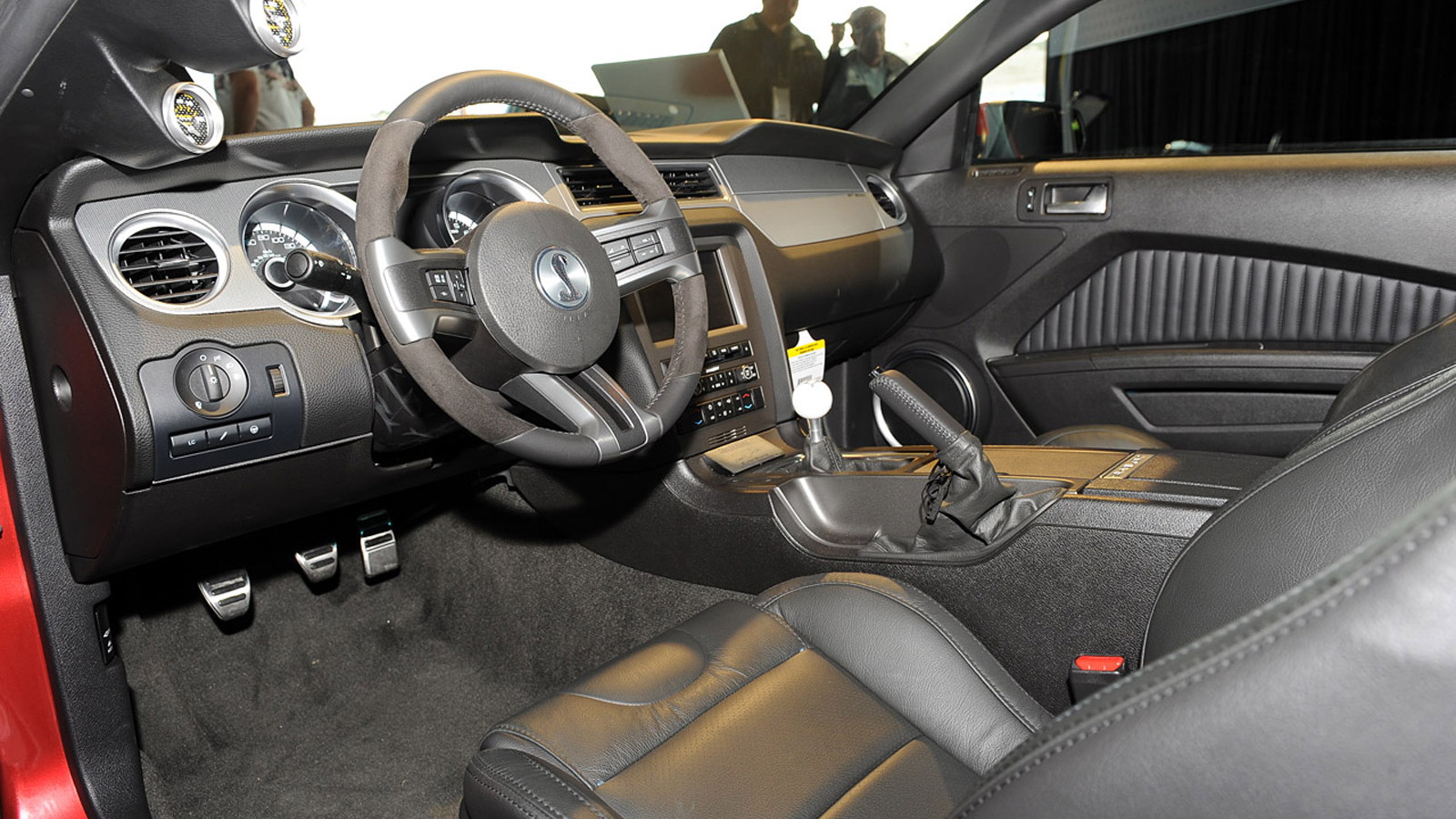 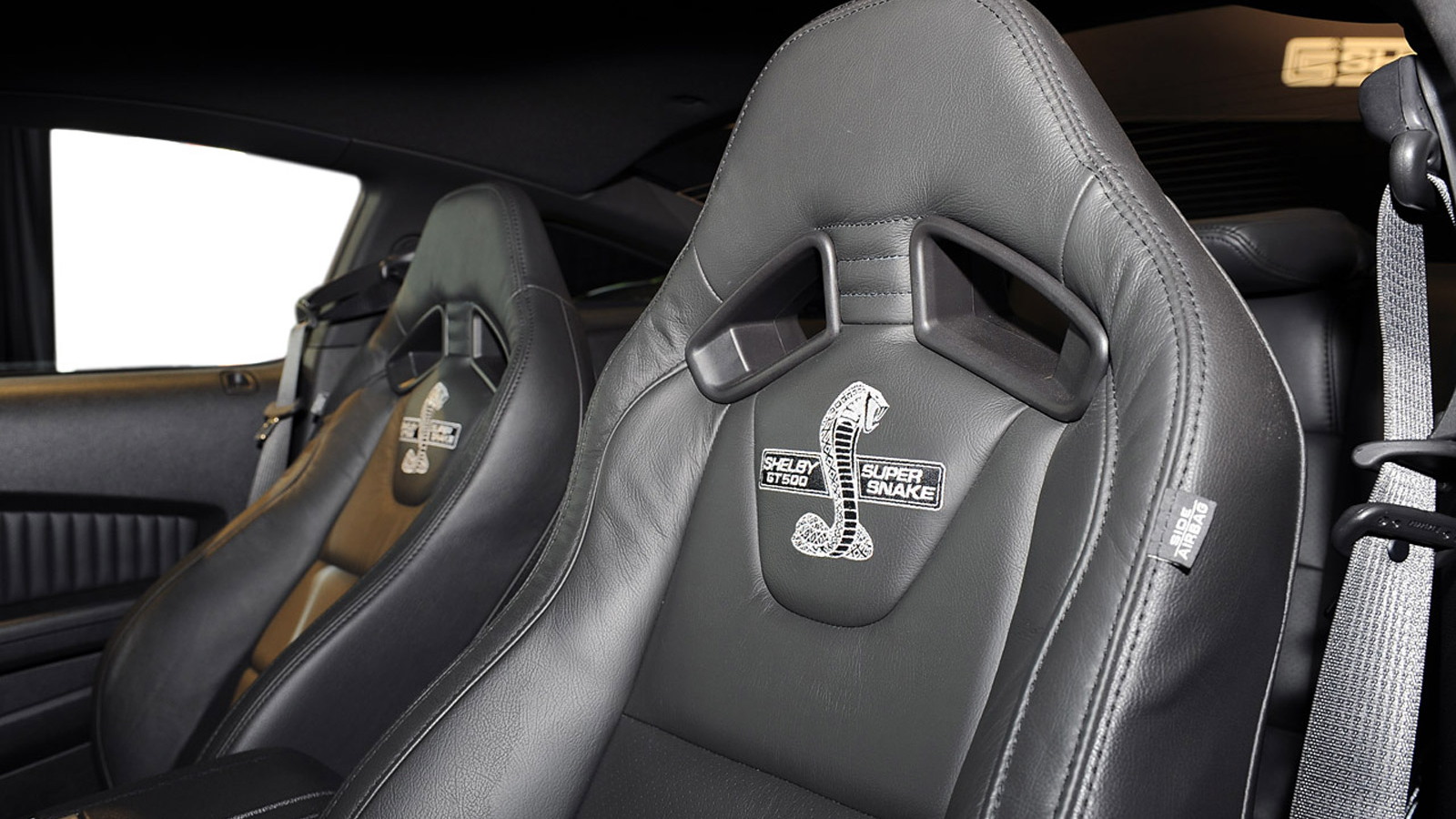 5
photos
The 850-horsepower 2013 Ford Mustang Shelby GT500 Cobra built to honor the late Carroll Shelby may have garnered the most attention at this past weekend’s Pebble Beach Concours d’Elegance, but there was one other special Mustang on show at the event. That special car was a virtually production-ready prototype for the upcoming 2013 Ford Mustang Shelby GT500 Super Snake, which its maker, Shelby American, promises will debut in the coming weeks.

We saw the latest Super Snake under construction just a few weeks ago, but the latest images suggest development is almost complete. Shelby American is keeping quiet on the details but we suspect the car will adopt some ideas from the company’s insane 50th anniversary model as well as the Carroll Shelby tribute car to guarantee it eclipses the performance of the outgoing Super Snake.

One of the key upgrades will be a new 5.8-liter V-8. Composed almost entirely of aluminum, and featuring cross-drilled block and heads, this engine in the regular 2013 Ford Mustang Shelby GT500 already lays claim to being the most powerful production V-8 in the world, and the modifications made by Shelby American should only make it more of a beast.

Some of the specific modifications we’re expecting include a Whipple supercharger from Ford Racing, an adjustable suspension system, uprated brakes including six-piston calipers up front, 20-inch forged alloy wheels, and a high-flow exhaust system developed by Borla.

As the images reveal, there will also be a new front splitter, likely to be constructed from carbon fiber, as well as a custom hood with heat extractors, a brake cooling package, and billet aluminum badging all around. Inside, there looks to be new Super Snake embroidery on leather-lined Recaro seats, a white ball short-throw shifter, a three-gauge cluster mounted to the A-pillar, and custom door sills.

Stay tuned for updates as development progresses, and look out for a debut in the coming weeks. In the meantime, head over to Mustangs Daily for even more images of this stunning muscle car.