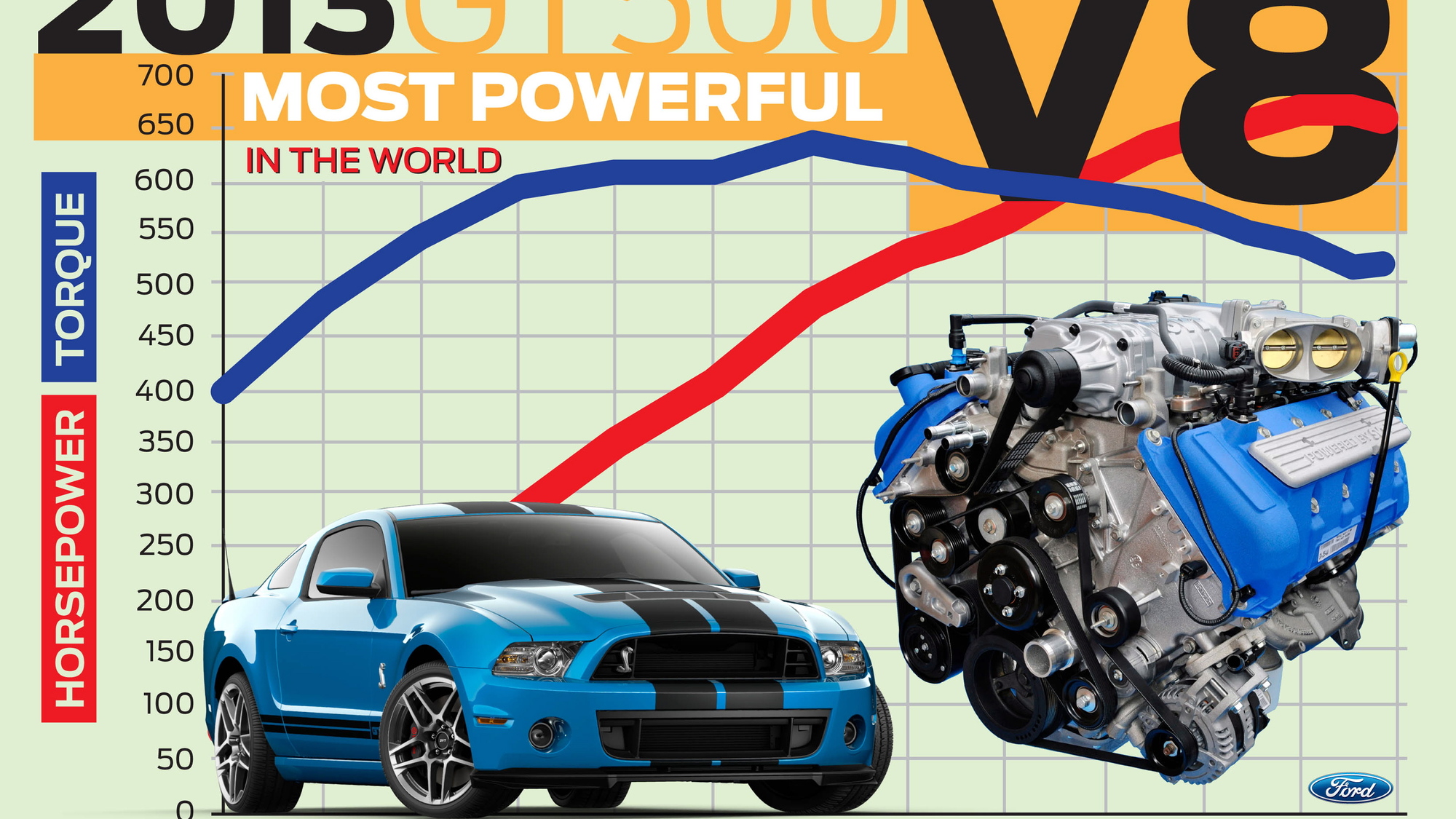 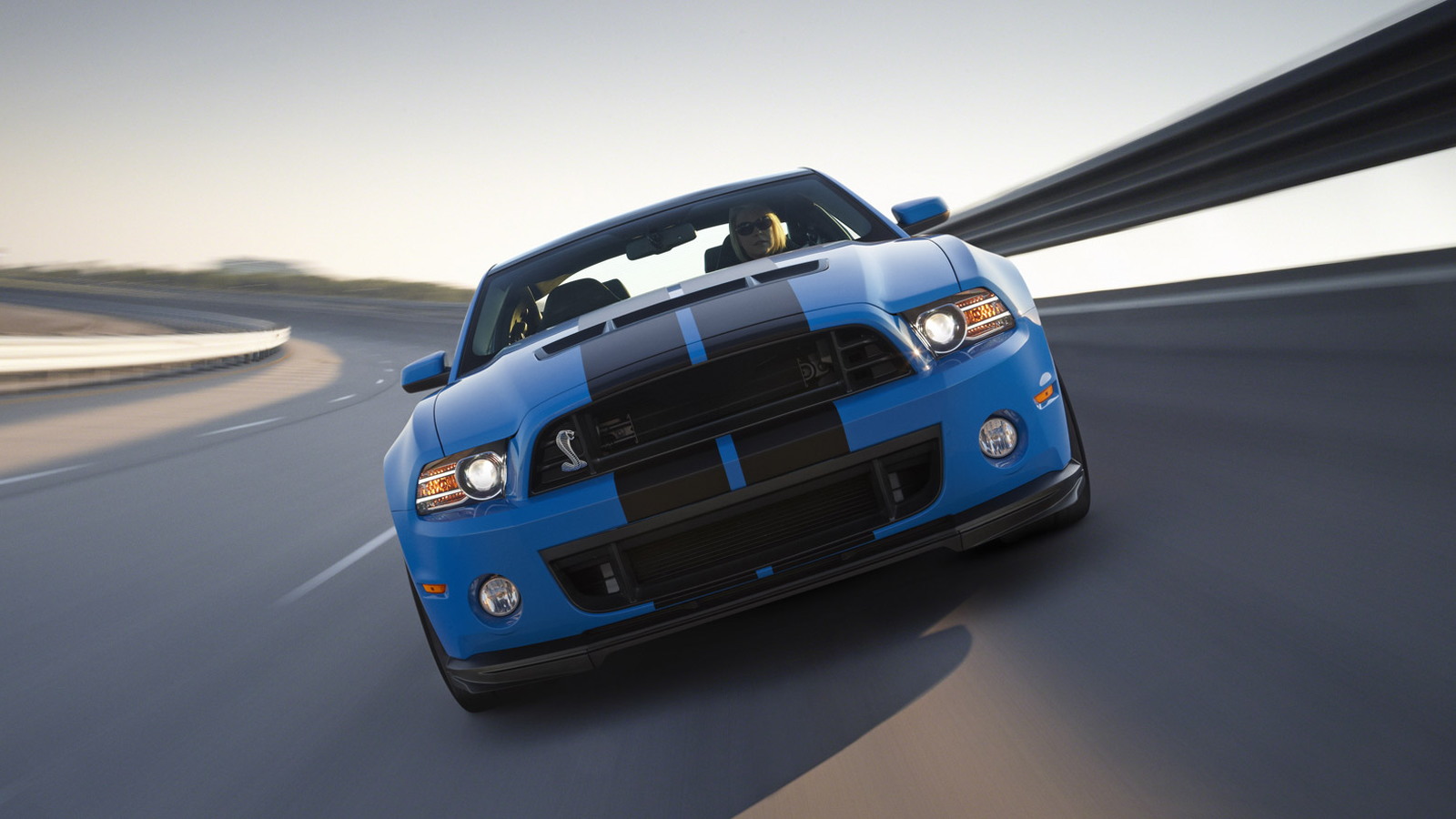 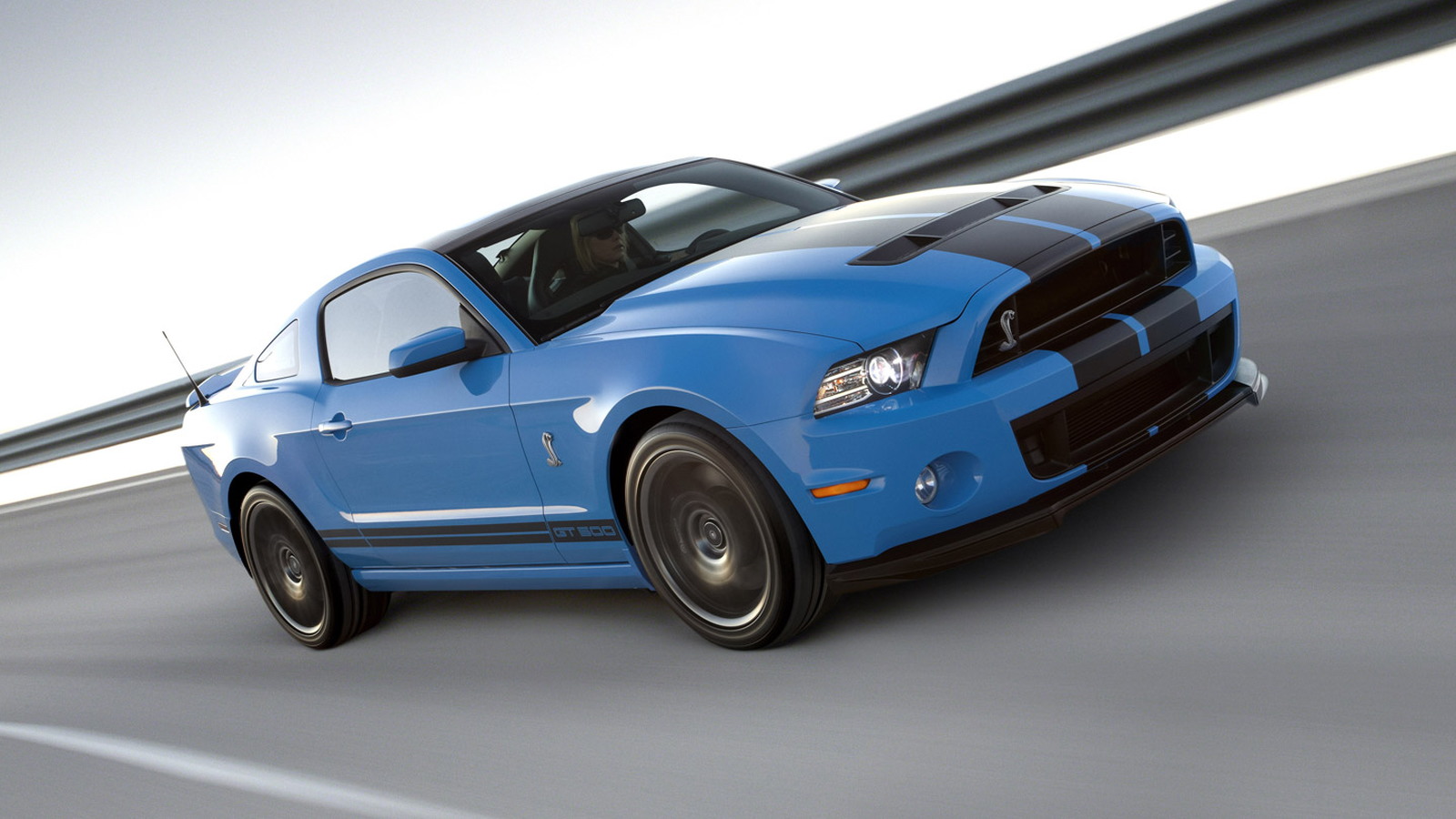 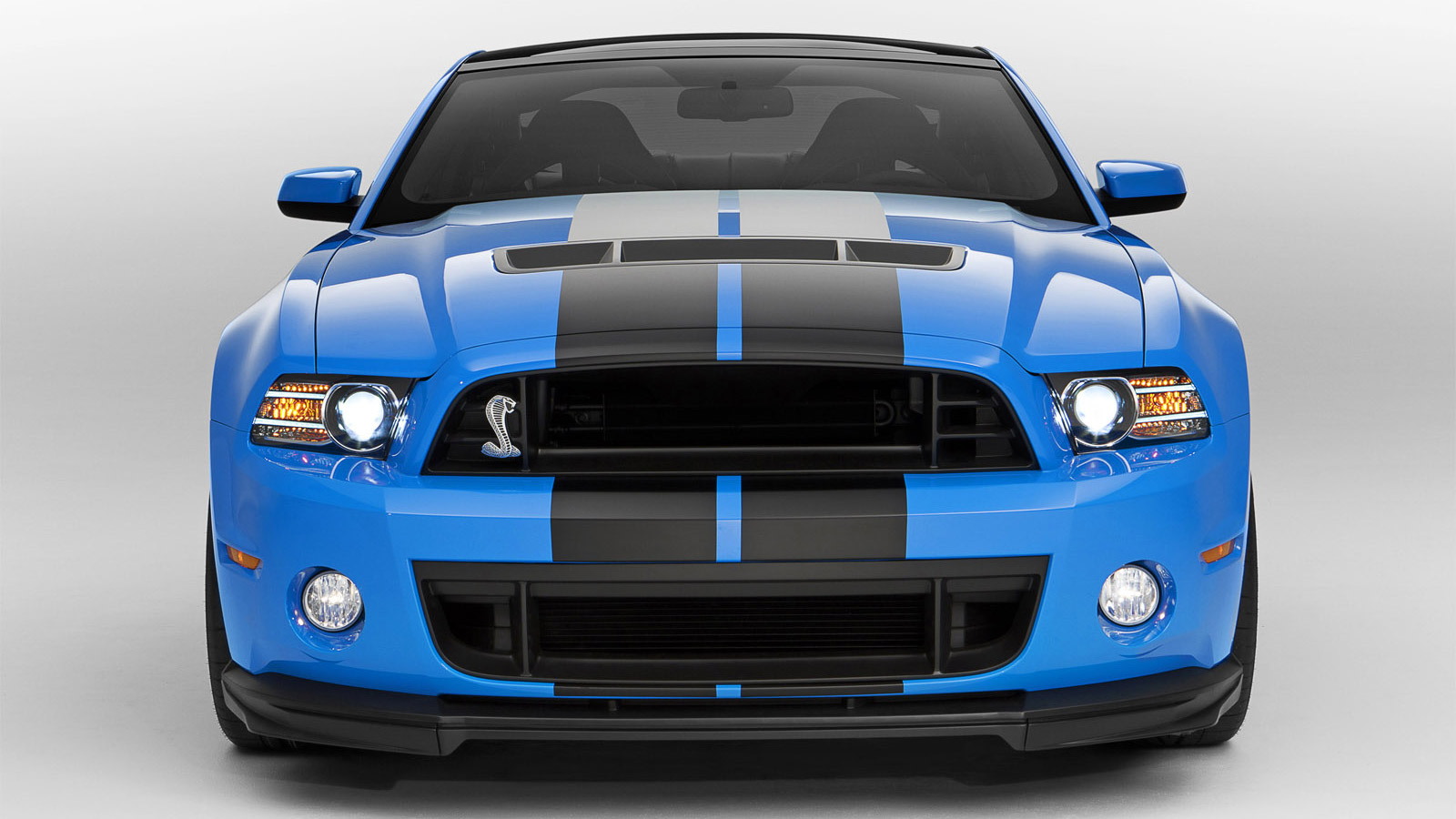 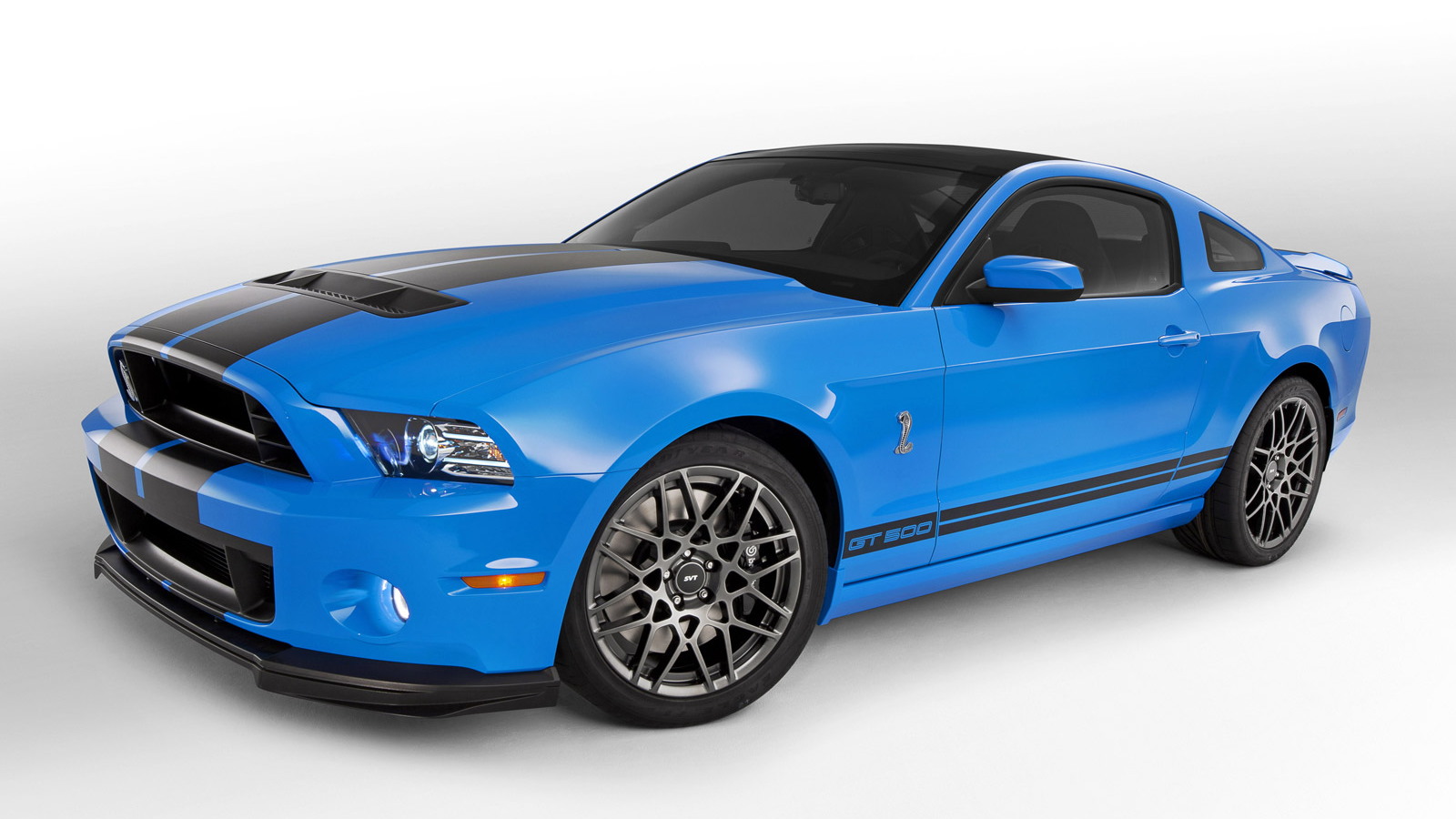 9
photos
Get ready for ludicrous speed--the 2013 Shelby Ford Mustang GT500 has been certified at 662 horsepower--12 more than the promised 650--and 631 pound-feet of torque. Why? Because muscle car. We guess.

In an interview earlier this week with Jamal Hameedi, chief engineer of Ford's SVT team, and Jim Owens, vice president of marketing for Shelby, at the Team Shelby forums, the mind-blowing Mustang power figures were revealed, along with EPA estimates of 16 mpg city, 24 mpg highway. Today, Ford confirmed the news and added some graphic information to the mix--as well as the claim that the 2013 GT500's V-8 is the most powerful production V-8 in the world. Best of all, according to the dyno chart, peak power comes at just 4,000 rpm--and stays well above 500 hp all the way to redline. That'll make for one very quick-accelerating car.

As with most extreme high-power/high-torque cars, the run to 60 mph will be done entirely in first gear, taking the time of a shift out of the mix--and likely scoring the GT500 a time somewhere in the low-to-mid three-second range, though that hasn't yet been disclosed.

One slightly odd detail: due to the massive cooling (and consequent air flow) requirements, the 2013 GT500 won't have a grille--there's just a big, open rectangle where it would normally be. It looks like that detail will make it through to production, though we're curious to see how Ford handles the matter.

Despite the massive power output, the 2013 GT500 will start from just $54,200--about half the price of the slightly-less-powerful (but much lighter and better-handling) Corvette ZR1. The GT500 Convertible starts at $5,000 more.

For the other official details on the 2013 GT500, check out our preview here.

DEARBORN, Mich., April 26, 2012, – The all-new supercharged 5.8-liter powerplant in the 2013 Ford Shelby GT500 has been officially SAE-certified as the most powerful series production V8 in the world with peak output of 662 horsepower and 631 lb.-ft. of torque. That’s more power and torque than low volume sports cars costing tens or hundreds of thousands of dollars more than the GT500, which is the most fuel-efficient vehicle in its segment. In fact the 2013 GT500 is the most fuel-efficient car with over 550 horsepower in any segment available in America.

Unlike high-strung engines found in much more expensive exotic supercars, the GT500 engine generates its massive thrust throughout its operating range with 395 lb.-ft. of torque available just off idle at 1,000 rpm. More than 90 percent of the peak torque is available from 2,200 to 5,800 rpm so that no matter when you squeeze the go pedal, the GT500 will just get up and run.

The combination of the new TVS 2.3-liter supercharger, twin overhead camshafts and four valves per cylinder ensures this stallion can breathe all the way to 7,000 rpm with the peak power production coming at 6,500 rpm and holding fairly steady right to the rev limit.

“Our goal is to create outstanding all-around performance cars, not just stoplight-to-stoplight sprinters,” said Jamal Hameedi, SVT chief engineer. “We’ve backed up this amazing powerplant with a more refined chassis tuning that helps keep the rubber on the pavement without punishing the driver’s spine and six-pot Brembo brakes that dissipate speed with ease stop after stop.”

The broad, flat torque curve of the GT500 engine makes it tractable and easy to drive whether trolling along in traffic or powering out of a turn on a twisting country road. With more than enough grunt to push the coupe to 200 mph and beyond, the chassis has been tuned to absorb the road imperfections that can cause instability at high speeds. The revised front fascia and splitter help manage the flow of air around and under the GT500 so that it offers 33 percent more effective aero loading at 160 mph compared to the 2011 model and feels more firmly planted.

Even with the most powerful production V8 in the world, the 2013 Shelby GT500 improves on the fuel efficiency of the 2012 model with an EPA-estimated 15 mpg city, 24 mpg highway and 18 mpg combined with no gas guzzler tax. That’s 5 mpg better on the highway than the 2012 Chevrolet Camaro ZL1 even with an extra 82 horsepower and 75 lb.-ft. being generated under the hood. With the 2013 GT500 world-class performance no longer has to mean a world-class thirst for fuel.

The 2013 Ford Shelby GT500 will be built at AutoAlliance International Plant in Flat Rock, Mich.