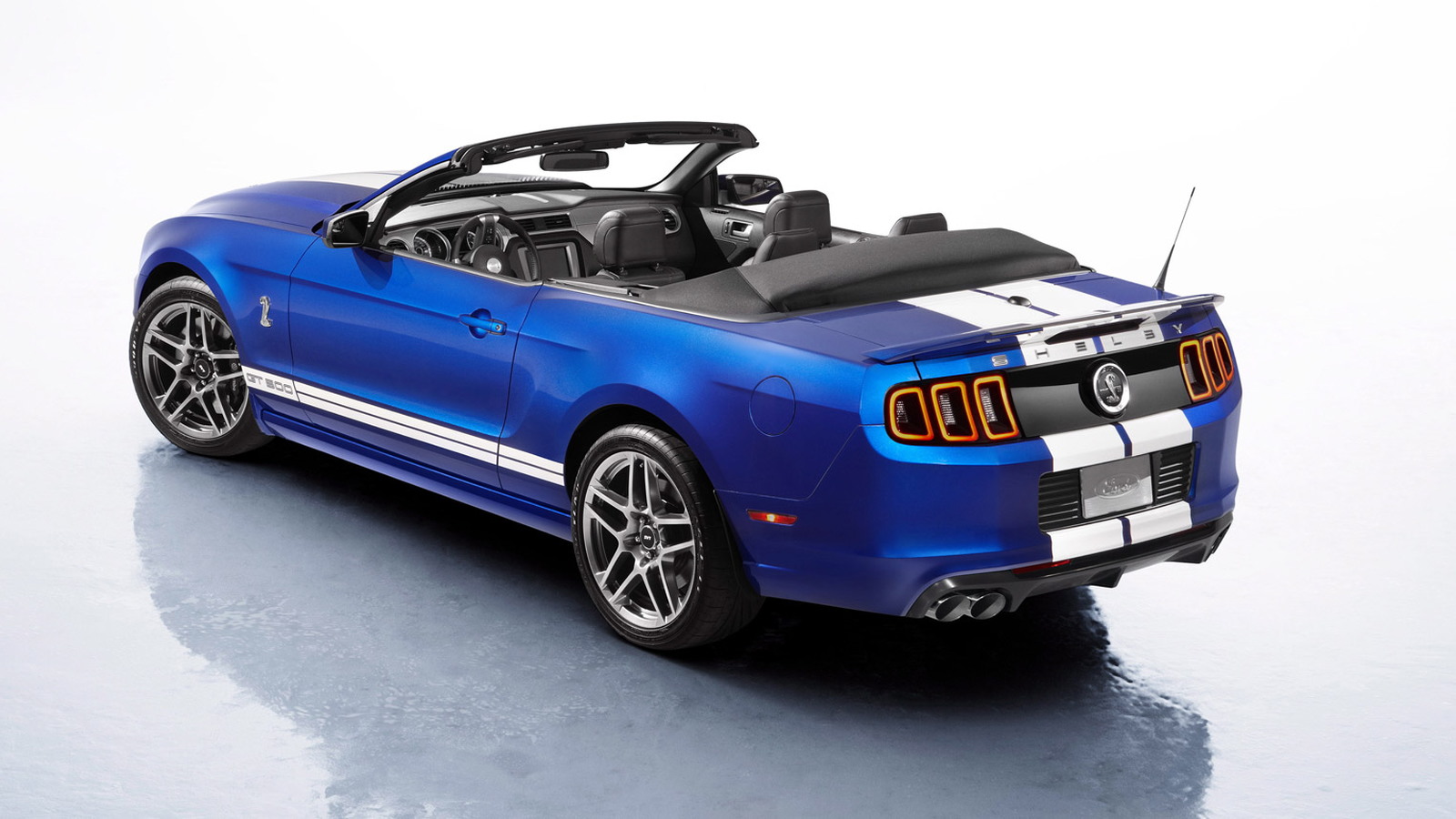 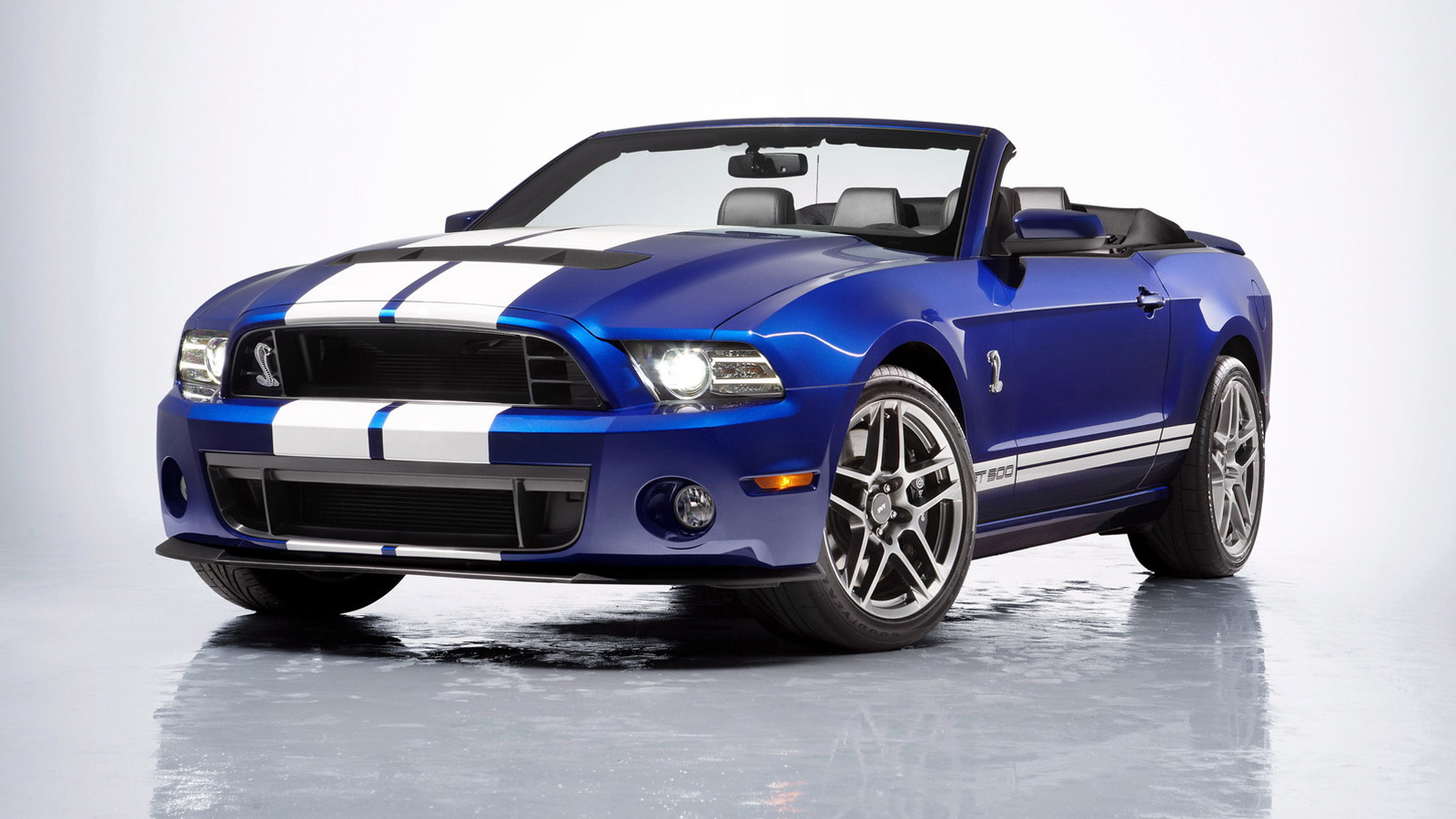 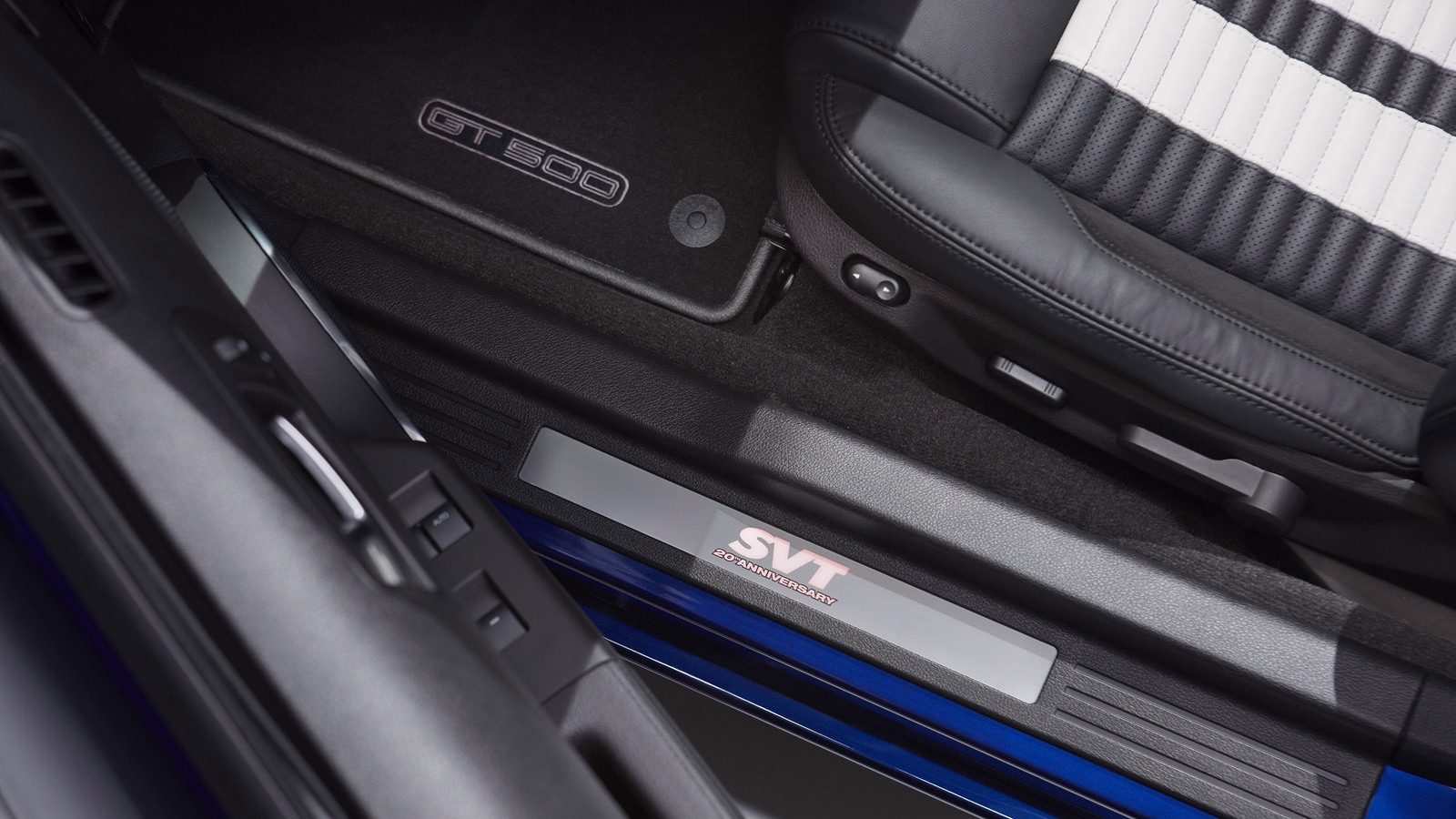 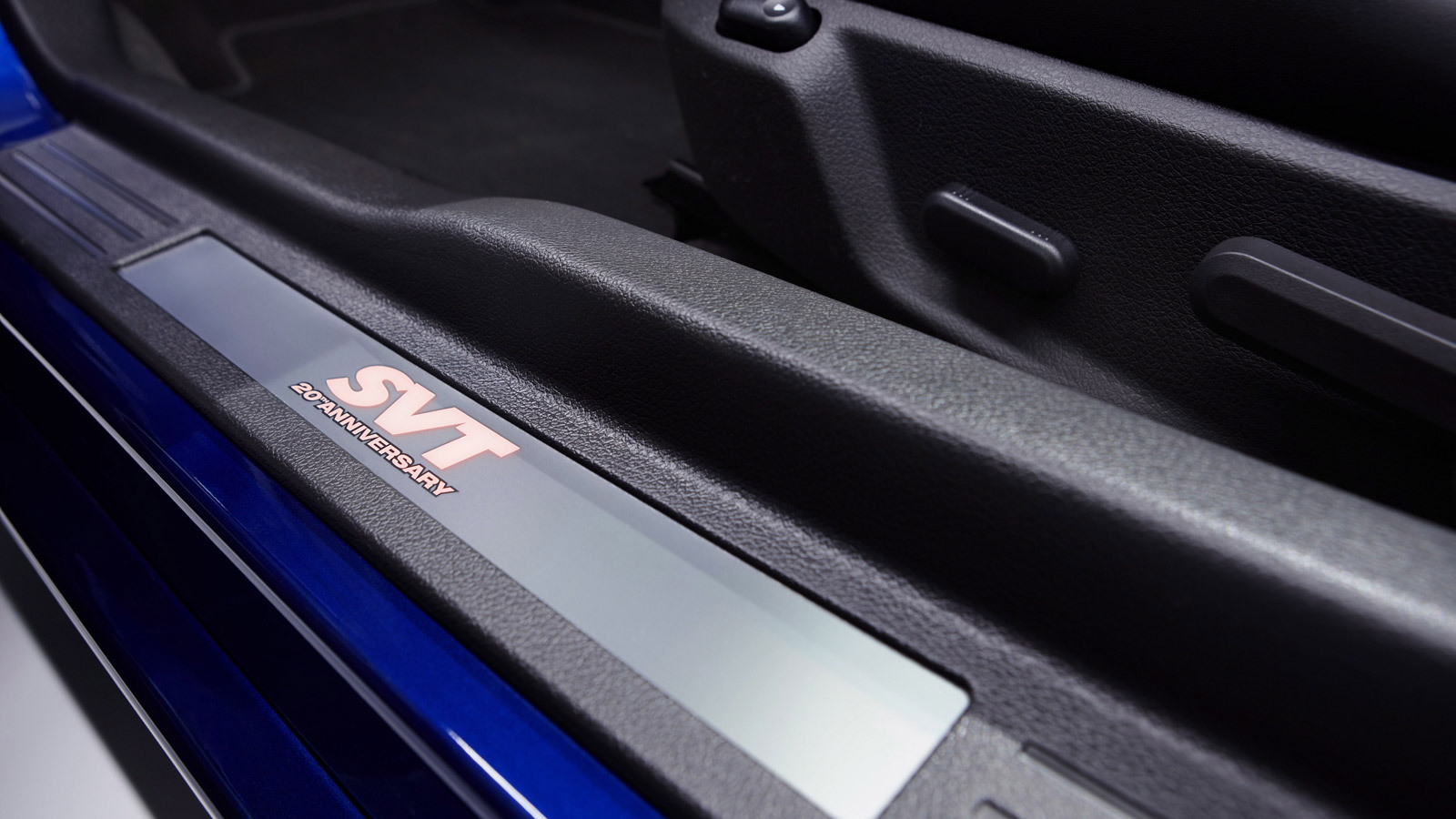 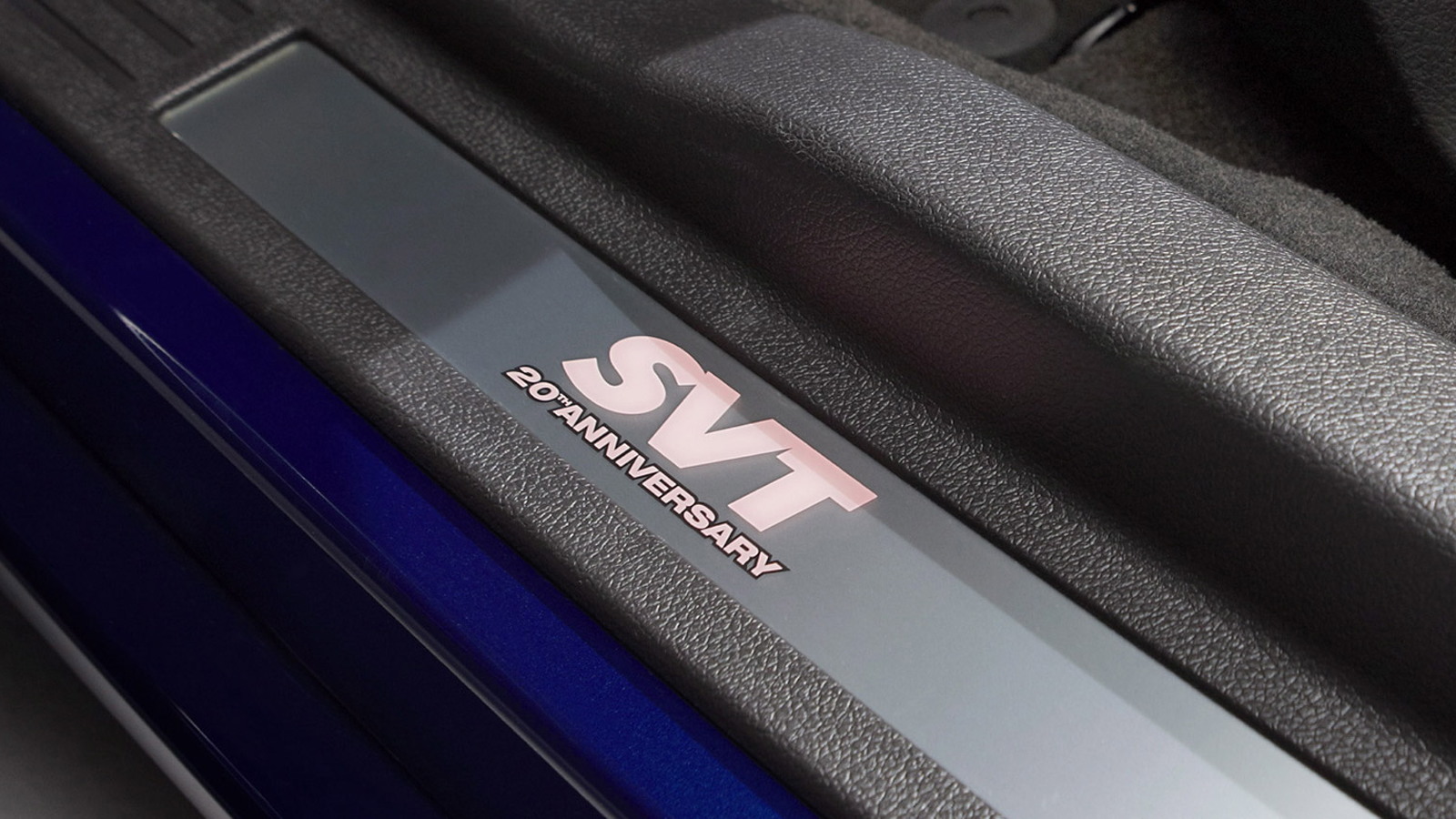 Now the automaker has dropped the car’s sledgehammer of a V-8 into the Mustang Convertible body to bring us the new 2013 Shelby GT500 Convertible, which makes its official world debut today at the Chicago Auto Show.

The new addition to the Ford lineup also serves as the celebratory vehicle of the 20th anniversary of Ford’s own Special Vehicle Team (SVT).

The Blue Oval’s go-fast division has produced more than 210,000 cars and trucks during its 20-year history, with more than seven different nameplates that include the Ford GT, Mustang Cobra R, SVT F-150 Lightning, F-150 SVT Raptor, Shelby GT500KR and the soon-to-be-launched Focus ST. And the history buffs out there will be quick to note that the official launch of SVT came during the 1992 Chicago Auto Show with the unveiling of the 1993 SVT Mustang Cobra and SVT F-150 Lightning.

It’s fitting then that Ford has chosen Chicago once again to unveil SVT’s latest creation and to mark the brand’s anniversary. In honor of the achievement, a commemorative lighted sill plate will be used in the 2013 Shelby GT500, both the hard-top and the convertible, to celebrate the many years of performance vehicles.

Of course, most buyers will be more interested in the car’s supercharged 5.8-liter V-8, which blows away the competition with its supercar-like 650 horsepower and 600 pound-feet of torque and helps deliver a confirmed top speed of more than 200 mph in the Shelby.

But it’s not just about brute force as the latest muscle car from Ford also comes with an optional Performance Package that adds Bilstein electronic adjustable dampers and new Brembo brakes, among other items. With the new pack, Ford engineers have managed to shave off nearly 3.5 seconds from the outgoing Shelby GT500 Convertible’s lap time of Sebring International Raceway.

When leaving the track, a button on the dash lets you switch from “sport” mode down to “normal”, which softens the ride and makes everything more comfortable. Sport mode, on the other hand, is all about performance, delivering improved response time on the track and less body roll while cornering with reduced pitch under braking.

And the only transmission on the 2013 Ford Mustang Shelby GT500 Convertible, just like in the coupe, is a six-speed manual.

For more news from the Chicago Auto Show be sure to check out our dedicated show page right here, and follow us on Facebook and Twitter.