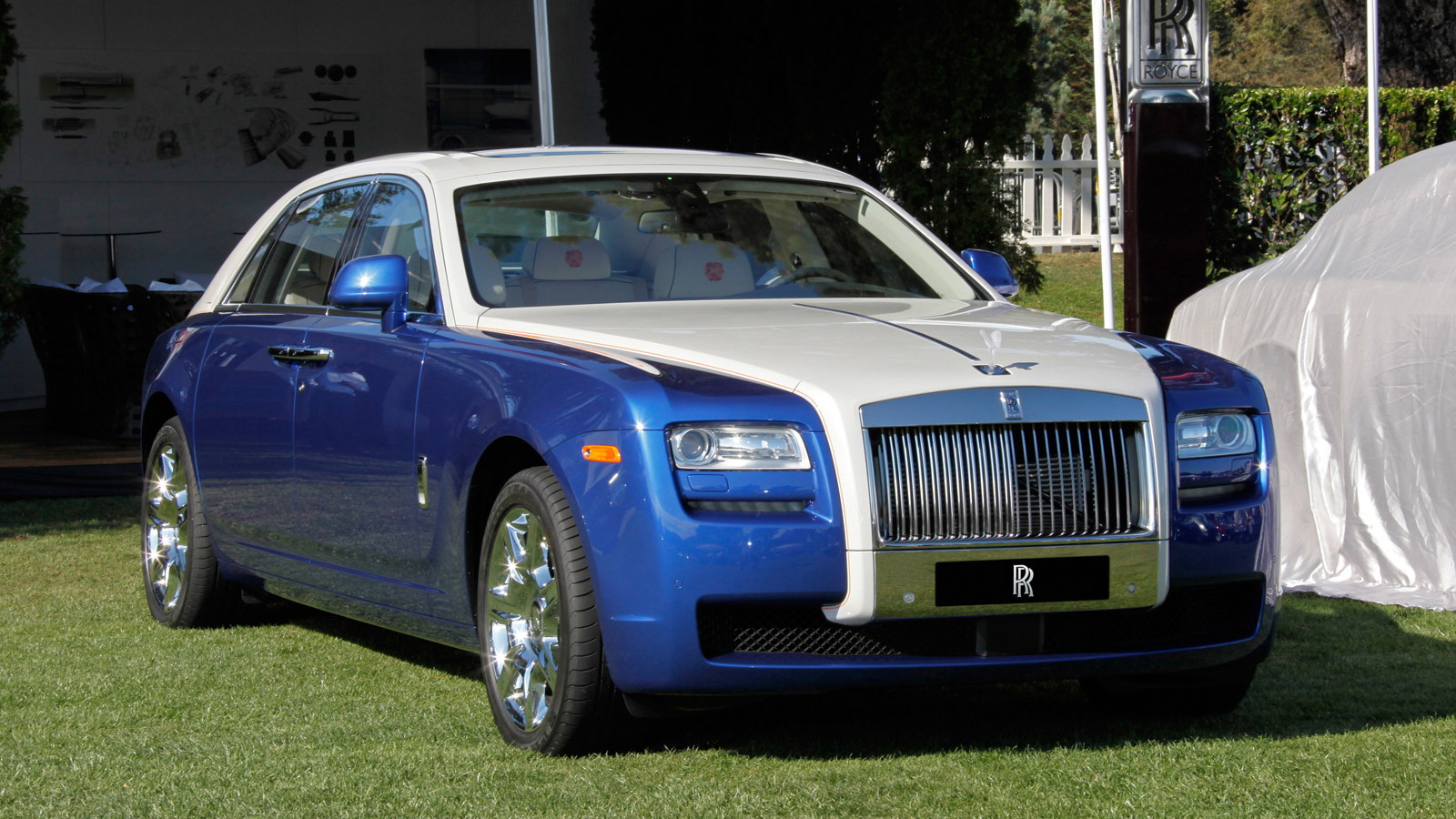 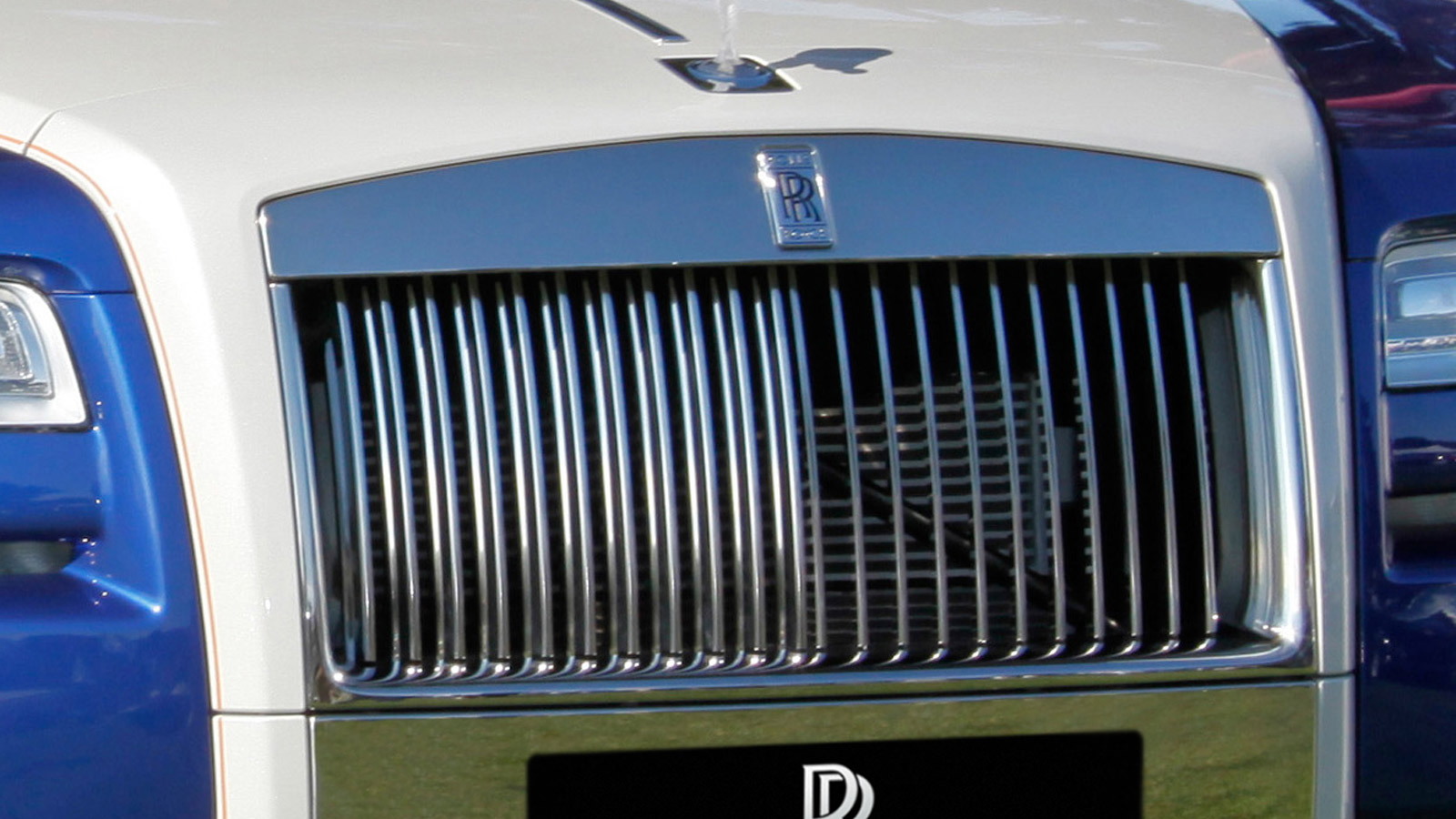 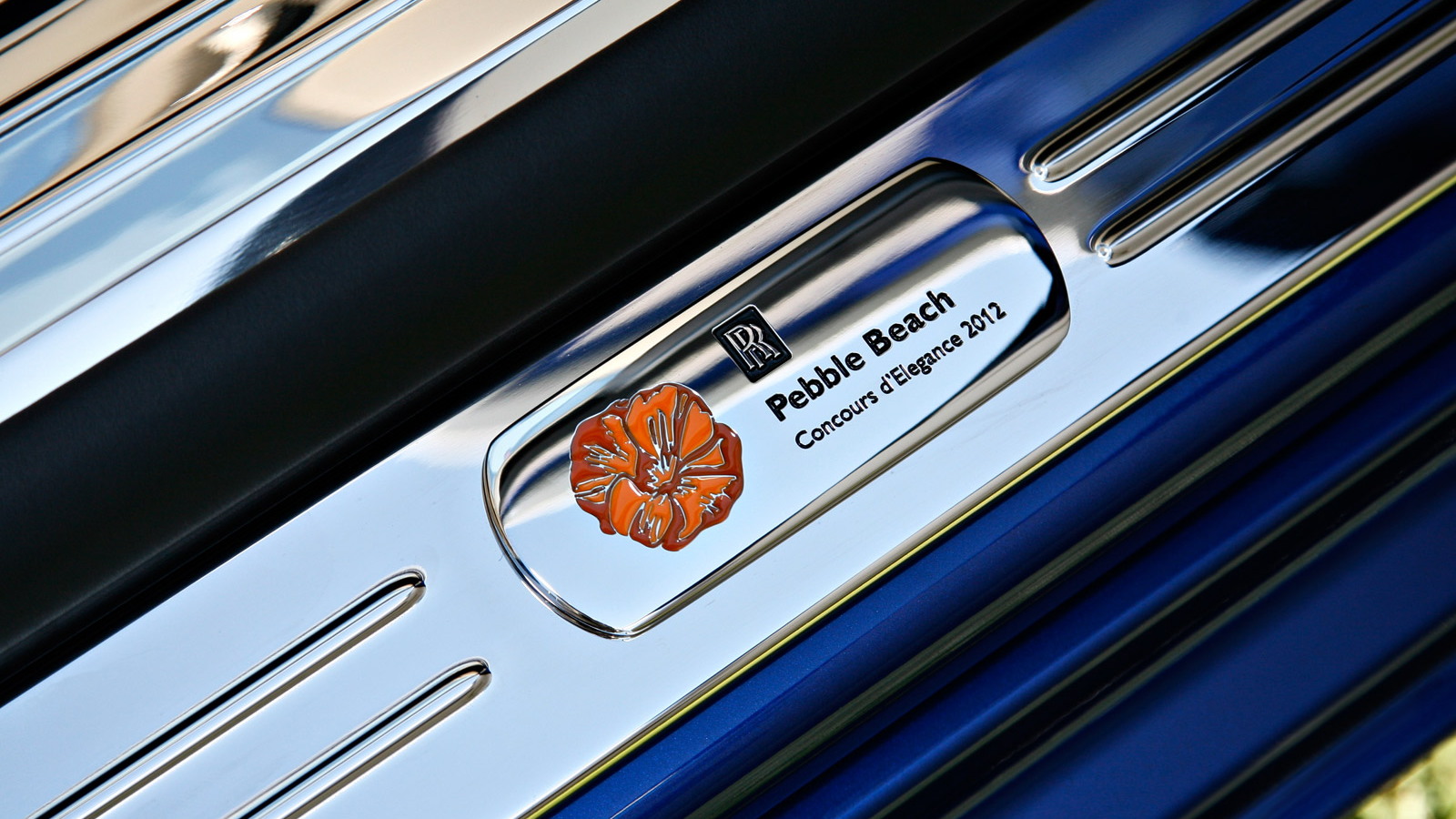 3
photos
Rolls-Royce chose this past weekend’s 2012 Pebble Beach Concours d’Elegance to announce its 2013 Ghost sedan, which gains a few subtle updates for the latest model year. On show was a custom version of the latest 2013 Rolls-Royce Ghost, one that was enhanced by the craftsmen and women of the automaker’s own personalization service, Rolls-Royce Bespoke.

The exterior of the Ghost was finished in a contrasting two-tone paint scheme, with the upper portion of the car painted in Carrara White and the rest in Mazarine Blue. To make it really stand out, Rolls-Royce also added a special Mandarin Orange twin feature line.

Opening the coach doors, one is greeted by polished tread plates with Pebble Beach and the Orange Poppy, the official flower of California and native to the Monterey peninsula where the Pebble Beach Concours is held each year. The flower theme is carried through into the cabin and features on headrests and a veneered dash inlay.

Seashell and Navy Blue contrasting leather is highlighted by Navy Blue piping and a two-tone contrasting instrument panel. Finally, a Navy Blue clock is set into the dash, which in this case features an elegant Walnut Burr veneer.

As mentioned, the 2013 Rolls-Royce Ghost gets a number of updates for the latest model year. These include perforated leather headliner and a standard panoramic sunroof for the Ghost Extended Wheelbase model, as well as the availability of Natural Grain leather across the range (previously an exclusive item for Phantom buyers).

An updated night vision system has also been installed across the 2013 Ghost range. It now features pedestrian detection technology that primes the brakes and gives off audible and visual warnings if a person or object is up ahead. The final addition is a smart trunk opener that requires only a leg movement beneath the rear overhang to open up the trunk lid.