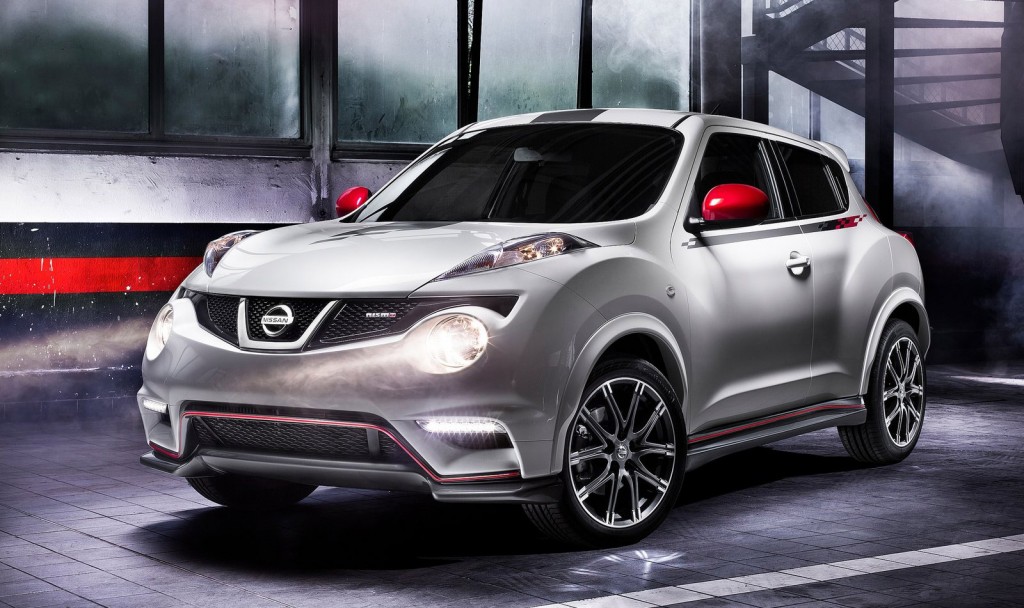 Perhaps buoyed by the success of the all-out-insane Juke-R, Nissan has set about building a sportier version of its funky Juke crossover for the masses.

Developed in conjunction with the automaker’s in-house tuner and motorsports partner Nismo, the new 2013 Nissan Juke Nismo has been revealed today at a special event preceding the 24 Hours of Le Mans taking place this weekend and where Nissan will be competing with its DeltaWing.

The Juke Nismo was first teased as a concept at the 2011 Tokyo Motor Show and speculated for production almost immediately upon its reveal.

This production version will lead a new onslaught of performance models from Nissan as part of the automaker’s aggressive plans for the expansion of Nismo.

Like the concept, the production Juke Nismo wears a body kit designed to reduce lift at speed, gets stiffened suspension and more power from its turbocharged and direct-injected 1.6-liter four-cylinder (although details on increased horsepower are lacking). A special torque vectoring system will also be offered, helping to improve grip and cornering ability.

In the cabin you’ll find a custom sports steering wheel, Nismo gauges and badges, unique trim pieces around the dash and door innards, and full leather upholstery on the seats.

The 2013 Nissan Juke Nismo will initially launch in Europe early next year, with sales in Asia and the U.S. expected to commence shortly after. 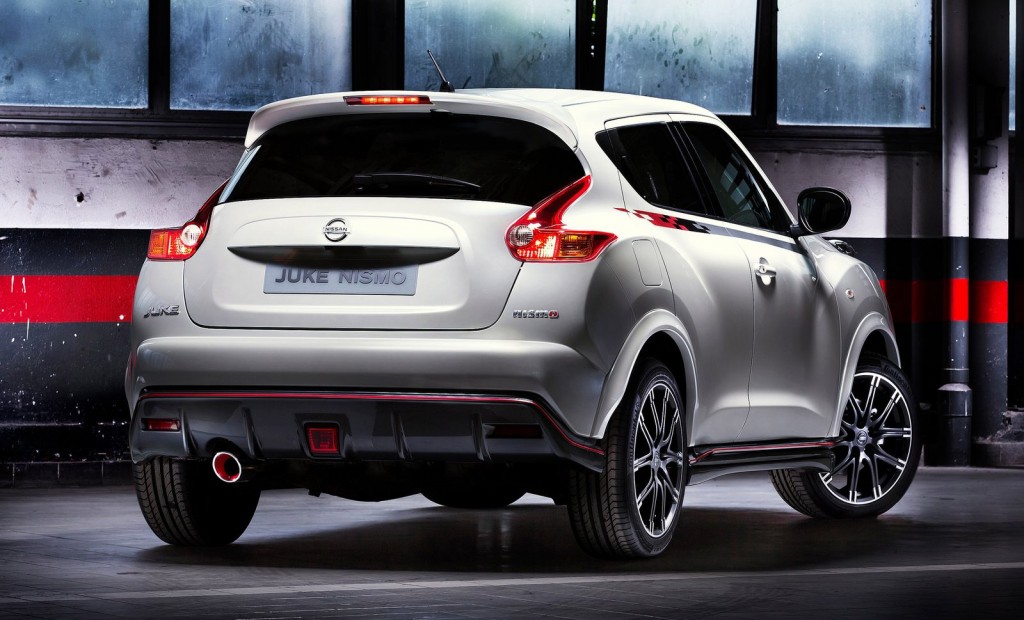