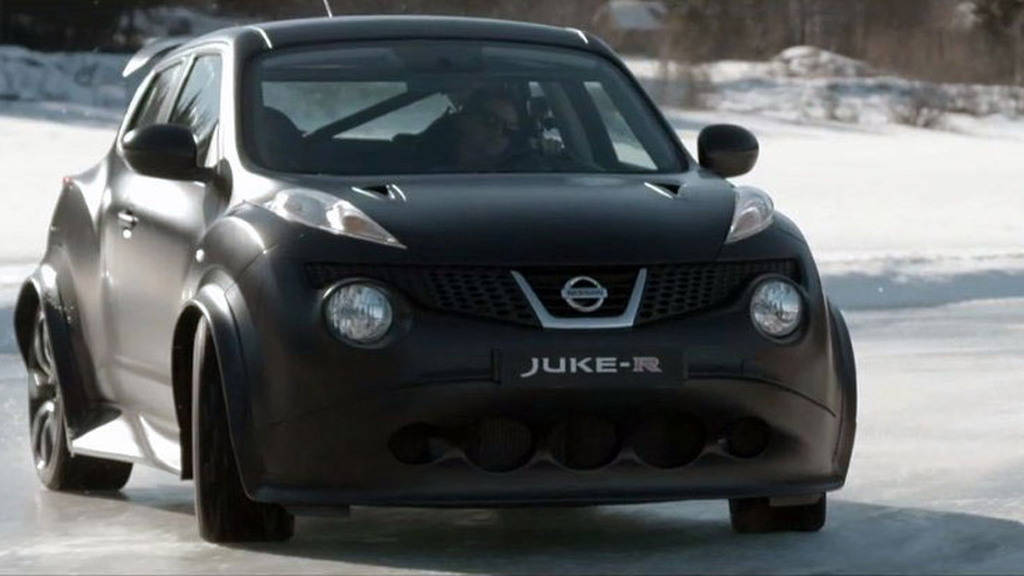 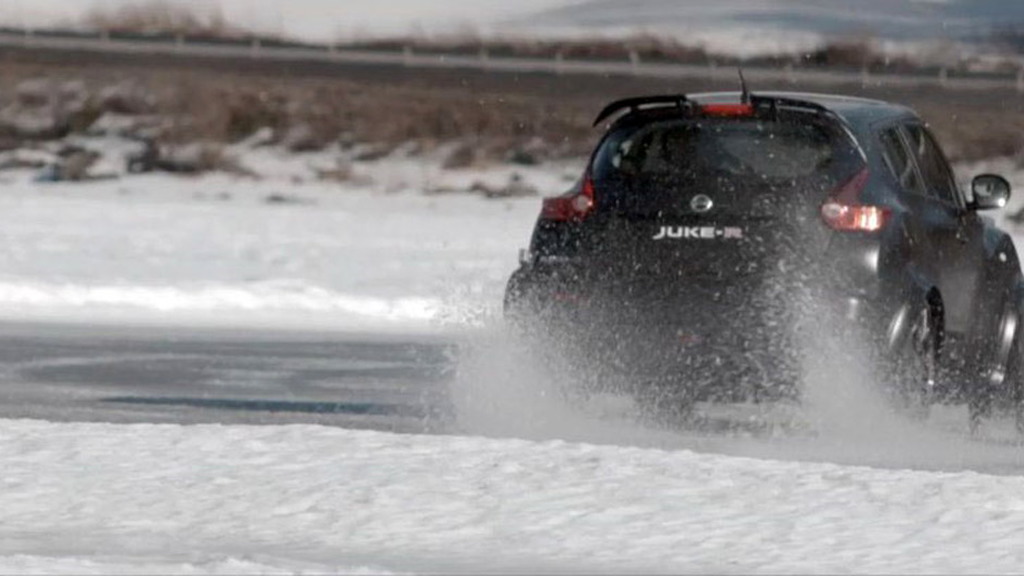 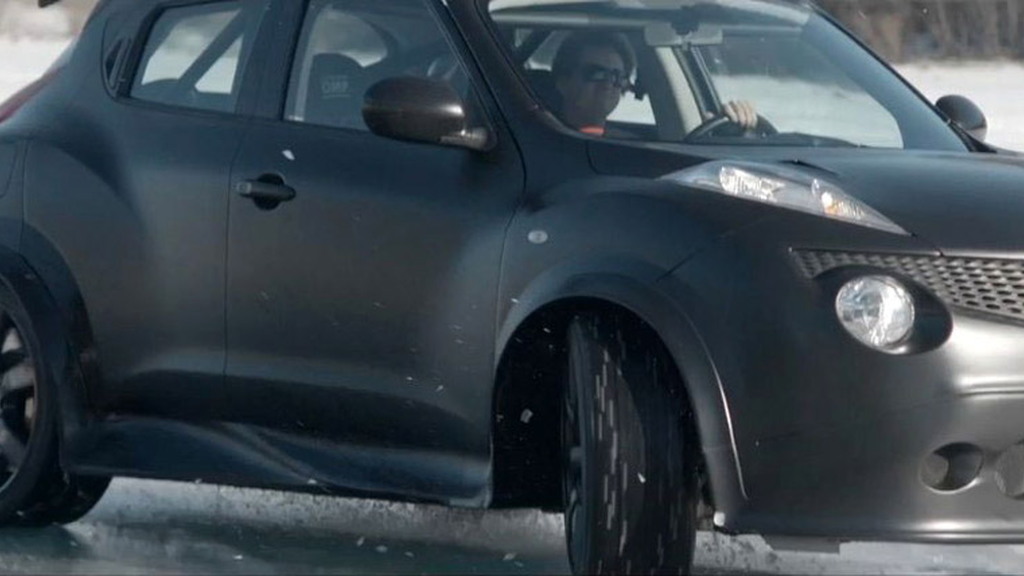 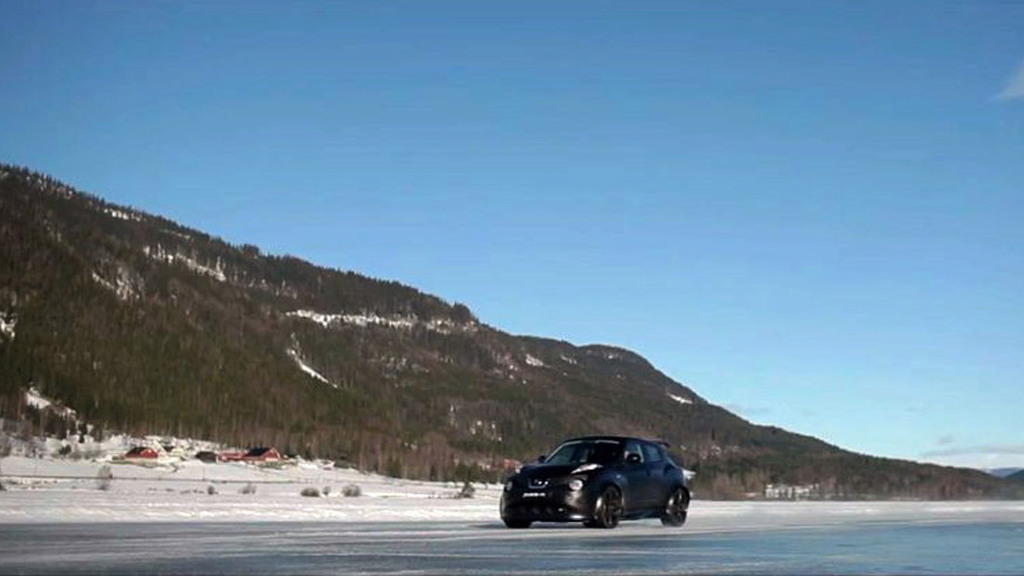 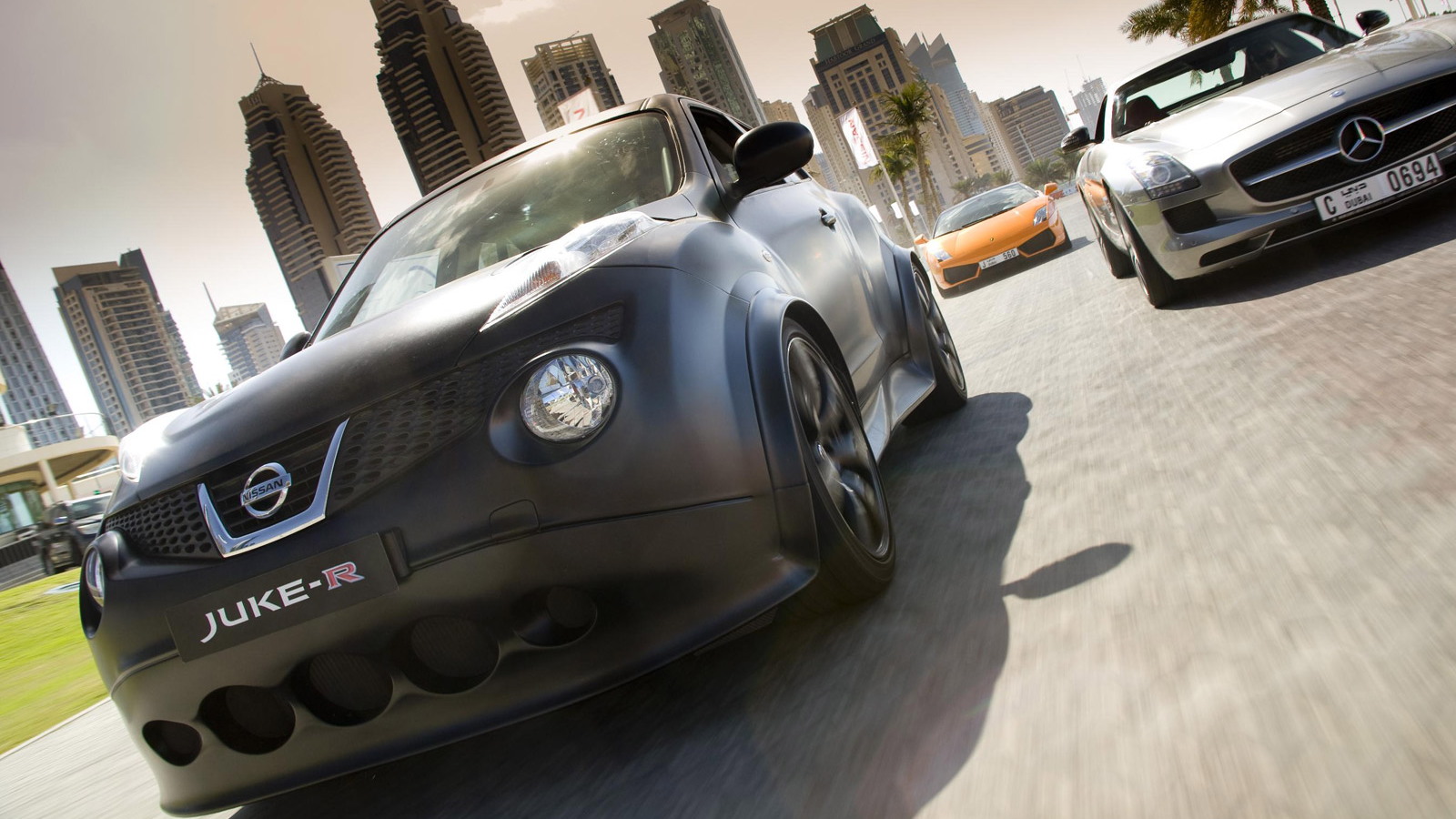 Having grown up in Spain, driving on ice is something Ordonez had never encountered before and it’s easy to see his excitement at the opportunity in the start of this video.

Fortunately for him, the Juke-R he drives benefits from the Nissan GT-R’s advanced ATTESA E-TS all-wheel drive system.

In regular driving only 2 percent of the car’s available torque is sent to the front wheels, but when required this can be changed to a 50:50 split within milliseconds. On top of this, the level of torque to individual wheels can also be varied thanks to various differentials and electronic controls.

The end result is that Ordonez is able to find some grip amongst the slipping and sliding on the unforgiving Losna Isbane ice tracks.

Nissan Juke-R racing on the streets of Dubai

Ordonez is also the man who drove the Juke-R against some top supercars at a street race in Dubai earlier this year. At the conclusion of the race, Nissan finally decided to build a limited run of Juke-Rs for public sale, although the cars don't come cheap and are estimated to cost close to $600k a piece.

The production version stays true to the original concept, complete with a twin-turbocharged V-6 engine sourced from the GT-R, advanced all-wheel drive system and top speed of 160 mph. One difference, however, is that the production Juke-R uses the more powerful 545-horsepower engine from the latest 2013 GT-R while the concept version used the previous 485-horsepower unit.

So far Nissan has received three orders for its Juke-R and we bet there will be more.