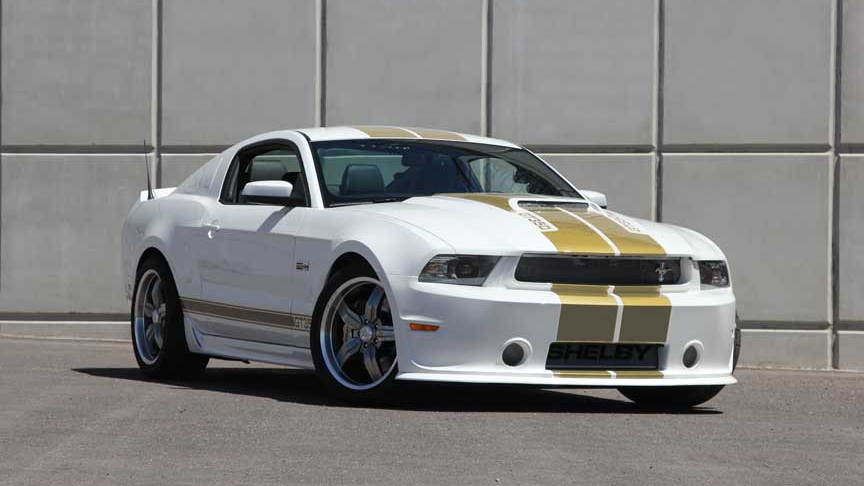 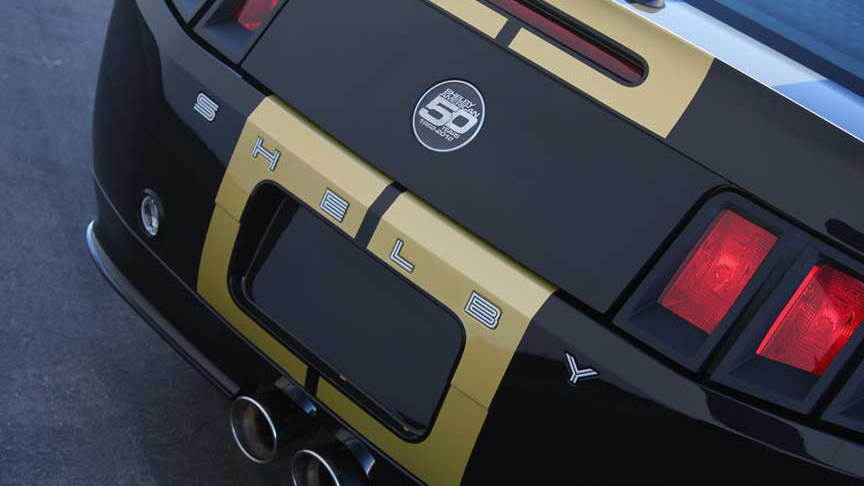 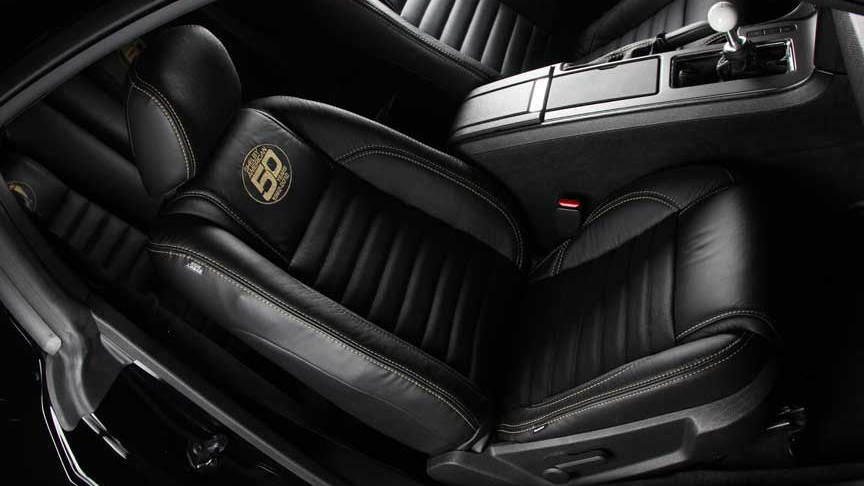 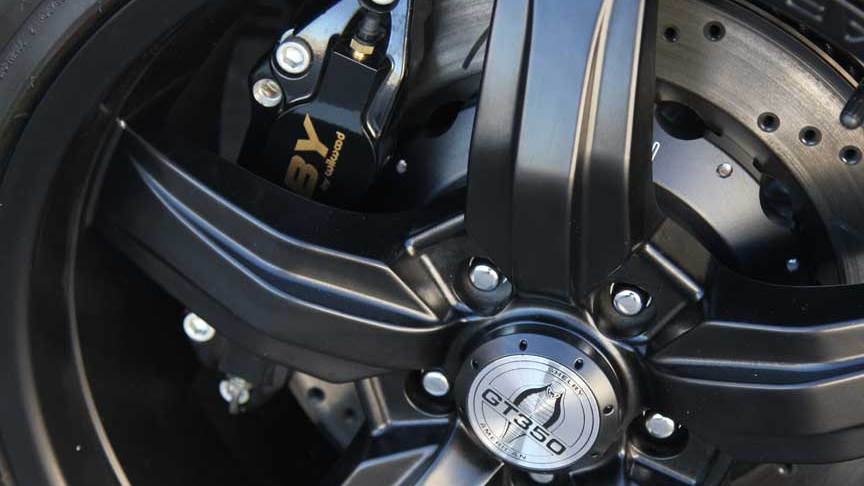 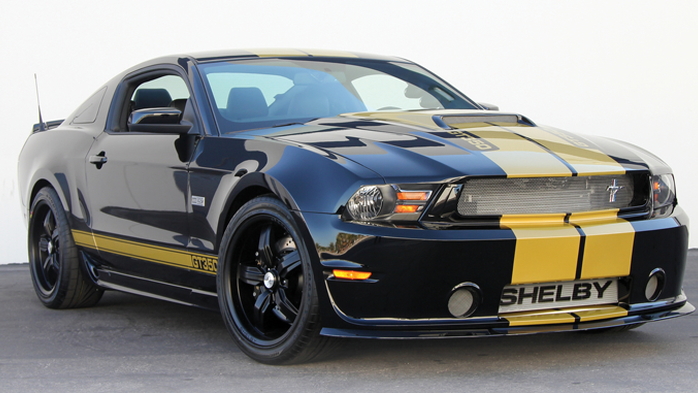 What better way to mark the occasion than with a trio of Shelby American 50th Anniversary Mustangs?

First up is the Shelby GTS, which is available in both V-6 and V-8 versions. Each gets a customer interior from Katzkin, complete with black leather, gold contrast stitching and an embroidered 50th Anniversary logo on the seat back. Custom floor mats also get embroidered with the anniversary logo.

Outside, the Shelby GTS models get matte black wheels (for black vehicles) or chrome wheels (for white vehicles). Color matched covers are used on rear windows (for Mustang coupes), and the car gets a “Deep Draw” hood, unique front and rear fascias, and Shelby badging.

Before you throw in options like a supercharger or coilover suspension, the pricing for a 50th Anniversary Shelby GTS Mustang starts at $19,995 for the V-6 and $24,995 for the V-8. That doesn’t include the cost of a 2012 Mustang, which you’ll need to provide to Shelby American with your check.

Next up is the Shelby GT350 Anniversary Edition, which is built on the Mustang GT platform. Inside and outside, the car gets similar treatment, although the body panels used differ from GTS models. Under the hood, however, the GT350 gets considerably more grunt.

A Whipple supercharger and unique Borla exhaust boost output to 525 horsepower, and brake cooling ducts are used for both front and rear binders. Front brakes are the same six-piston Wilwood units found on the GTS, but rear brakes get upgraded to four piston Wilwood units.

The base model GT350 Anniversary Edition starts at $59,995, also sans 2012 Mustang GT. That’s not an insignificant amount of money for the horsepower and handling upgrades, but it’s likely the modern GT350s will someday approach the collectibility of their ancestors, and the rarest of those GT350s will be the Anniversary Editions.

If you’ve got a 2012 Shelby GT500 and want your own 50th Anniversary Edition, Shelby will gladly build you a 750 horsepower Super Snake version. Like the others, the Super Snake gets a unique body kit and upgraded interior, but also benefits from a Shelby / Whipple / Ford Racing blower upgrade.

Handling is improved, too, thanks to a Shelby / Ford Racing suspension with adjustable dampers. Brakes are upgraded to the same units used on the GT350, ensuring that the Super Snake can readily scrub off velocities achieved with Saturn-V-rocket-like-thrust.

Like the GT350, the base price for Shelby’s Super Snake Anniversary Edition is $59,995, plus your donor 2012 GT500. Whether you see that as a reasonable investment in performance and value or way too much to pay for an asset that’s likely to depreciate (at least initially) depends on your perspective and love for all things Shelby.