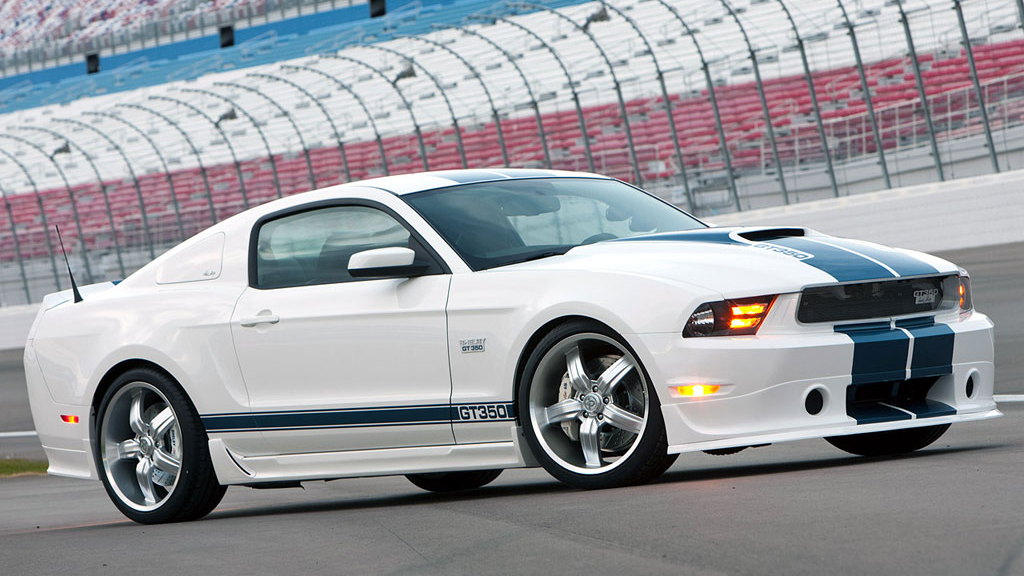 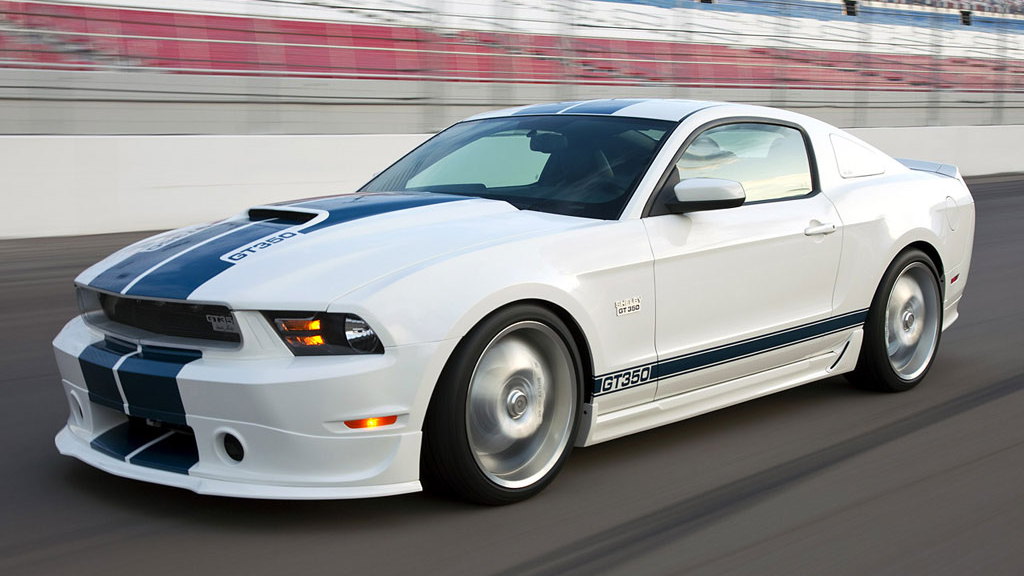 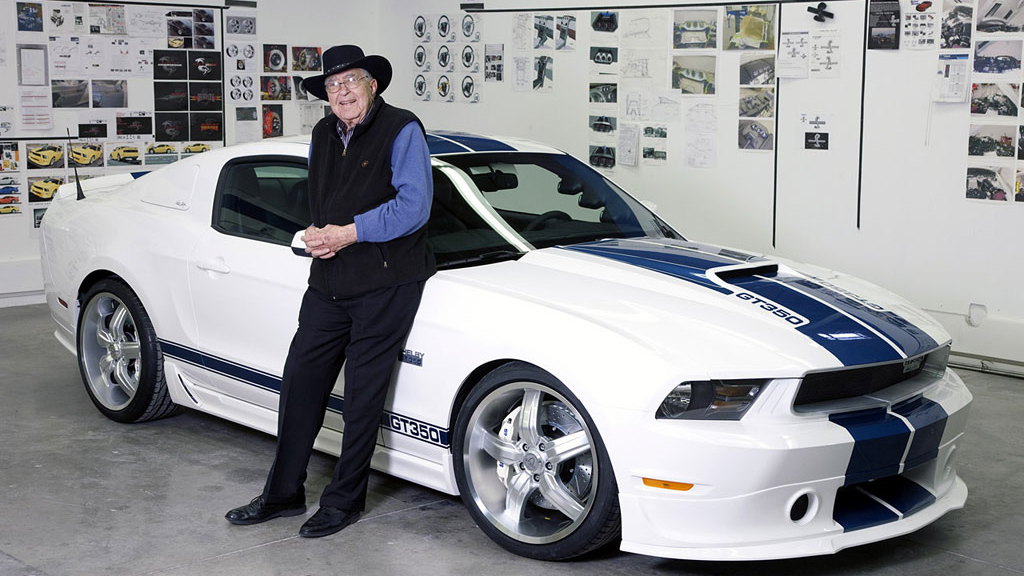 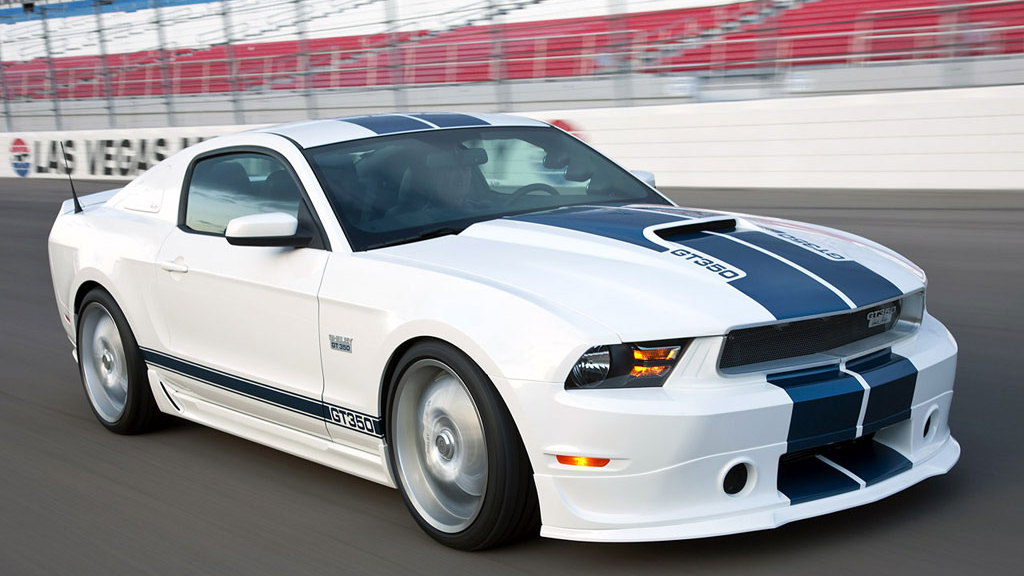 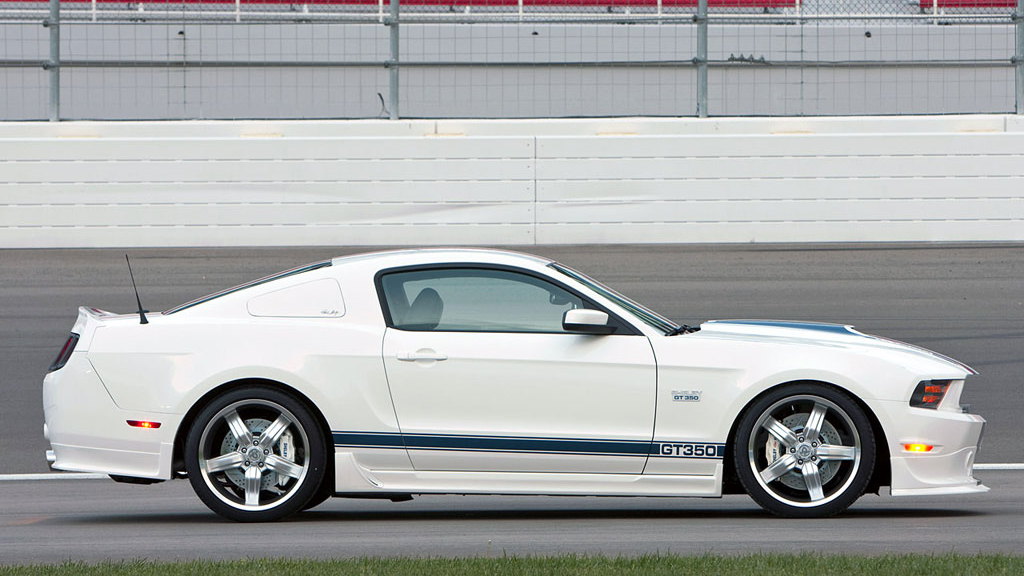 During the opening gala for the Barrett-Jackson Collector car auction, which took place in Scottsdale, Arizona tonight, Carroll Shelby and the Shelby American team unveiled the brand new 2011 Shelby GT350 based on the V-8 powered 2011 Ford Mustang GT.

The new car was developed in celebration of the 45th anniversary of the original 1965 Shelby GT350 and first Shelby big block Cobra, and it comes packing a supercharged version of the 5.0-liter V-8 engine found in the latest Mustang.

The idea behind the GT350 was to build a car that is light, nimble and powerful. Beginning with the "small block" 5.0 liter Ford Mustang GT as its base, the Shelby American team worked with experts from Ford Racing, Goodyear, Borla, Cragar and Baer to create a car that is fast and has razor sharp handling.
Each GT350 will be clad in traditional white with Shelby Guardsman blue Le Mans stripes and feature the new Ford V-8 coupled to a 6-speed manual transmission and centrally mounted exhaust. Blue Shelby GT350 valve covers and billet caps set off the supercharged engine. The Baer brake system features a 6 piston kit in the front, as well as 14-inch rotors in the rear with cooling ducts for all four corners.

The suspension was upgraded with new Ford Racing springs, struts, sway bars and adjustable caster/camber plates. The car also receives a new front fascia, tail light trim, front splitter, rear deck lid filler panel and rear fascia. Functional scoops are located on the side rockers and hood. GT350 badges on the outside and inside include a Shelby serial number. The A pillar carries a fuel pressure, oil pressure and boost gauge.

Despite officially being called a concept, Shelby American plans to launch the 2011 Shelby GT350 this spring at a starting price of $33,995 plus a donor Mustang GT. This pushes the price of the entire vehicle up to around the $60,000 mark, which is more than Shelby's own GT500.