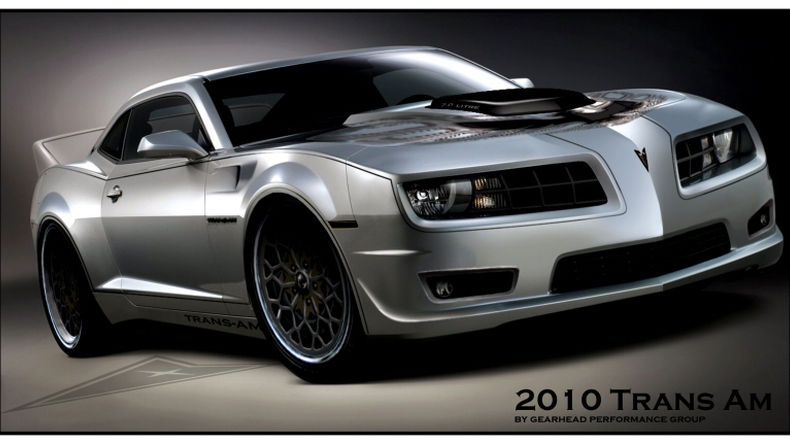 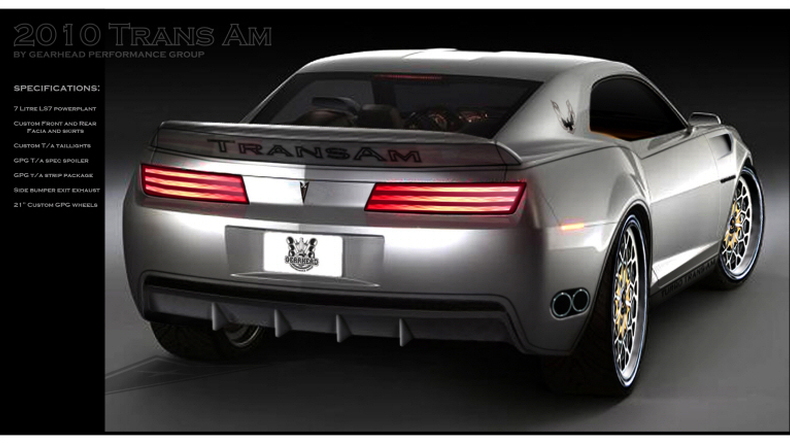 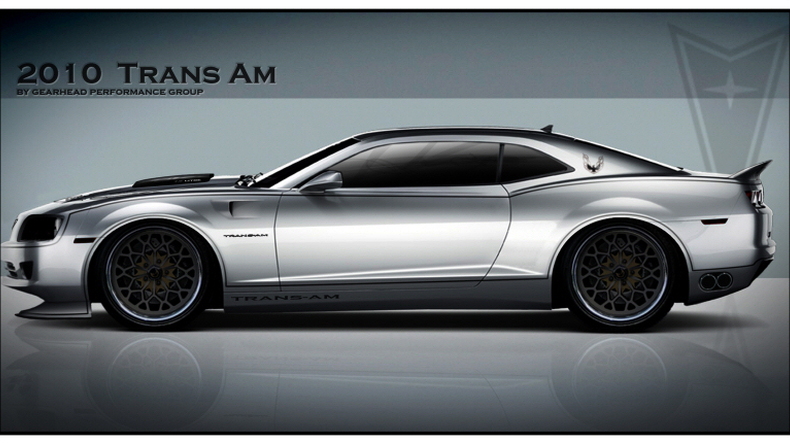 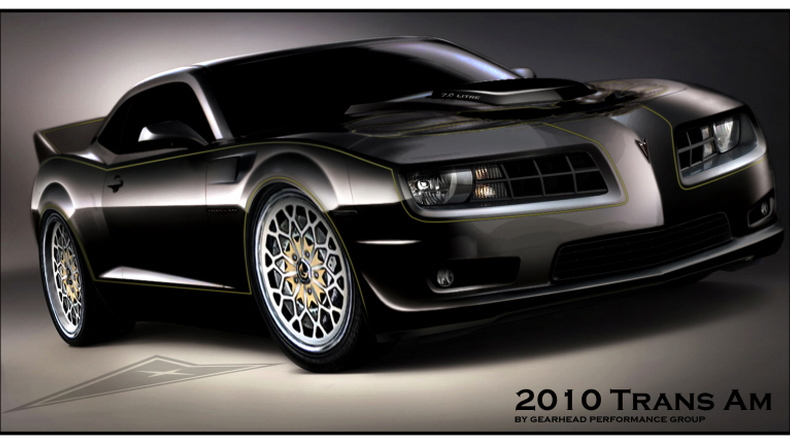 There are many behind-the-scenes players in the automotive industry that few on the outside ever hear of, despite their huge contributions.

One such company is Gearhead Performance Group (GPG), which has unveiled design renderings for a new Pontiac Trans Am concept based on the latest 2010 Chevrolet Camaro.

Inspired by the original Camaro-based Trans Ams from 1971, the new design has been in development for the past several years and is now ready to order.

The modern version comes with a LS9 engine--the same unit found in the Corvette ZR1 supercar--but has a pair of twin-turbochargers bolted on instead of the standard unit's supercharger. Peak output from the modified 6.2-liter mill stands at 900 horsepower. If this option is too extreme (if there is a such a thing), Gearhead is also offering a tamer version equipped with a naturally-aspirated LS3 V-8 churning out 426 horsepower.

Other additions include a 6-speed manual with hardened gears and drive axle, modified suspension lowering the car up to 2-inches, 22-inch wheels, functional fender vents for brake heat reduction and gold interior accents.

Believe it or not but this is not the first Trans Am conversion kit currently in development for the new Camaro. Last year, ASC Creative Services also unveiled its modern interpretation of the legendary muscle car and soon after that Trans Am Depot unveiled a second conversion kit.