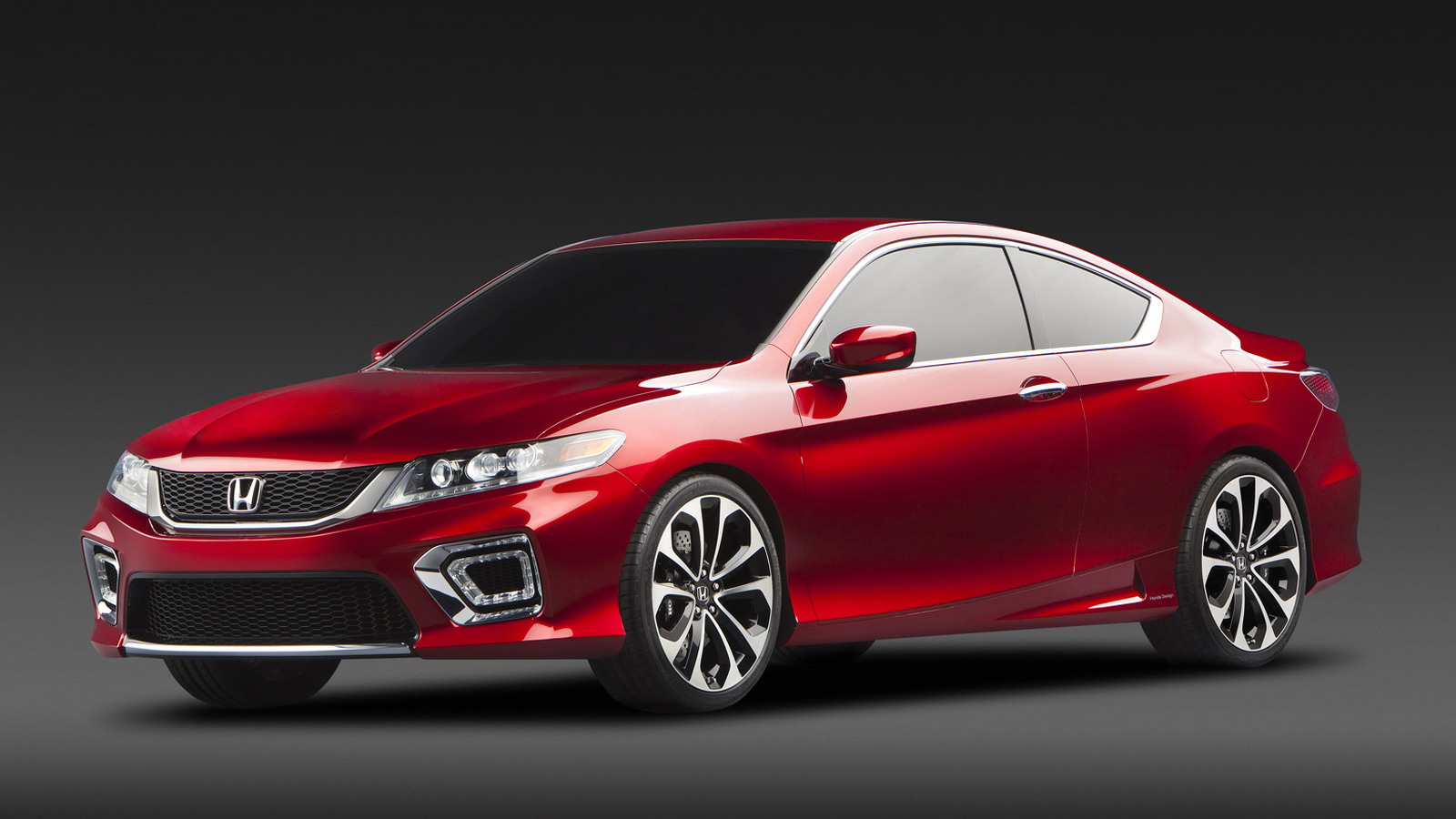 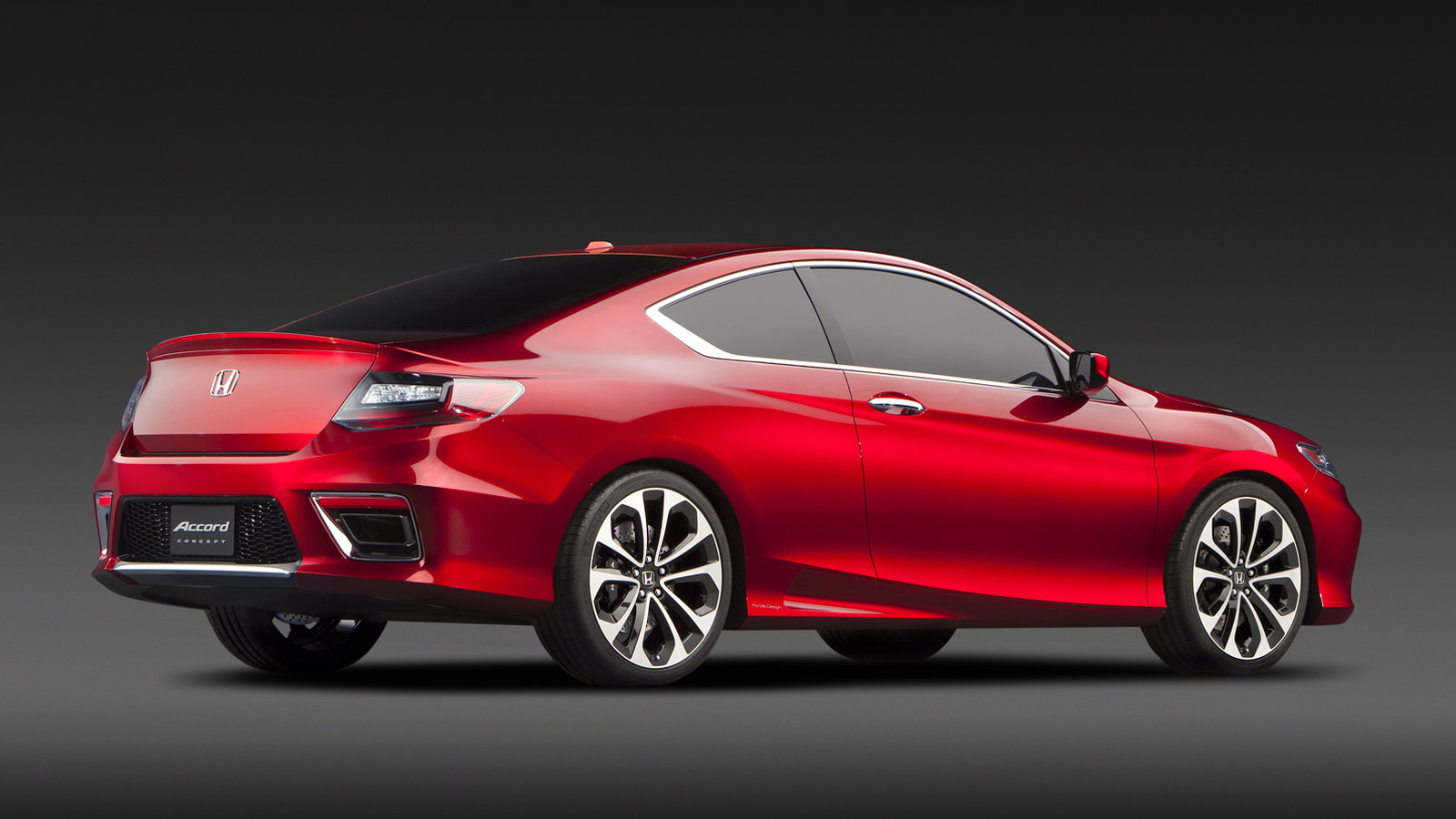 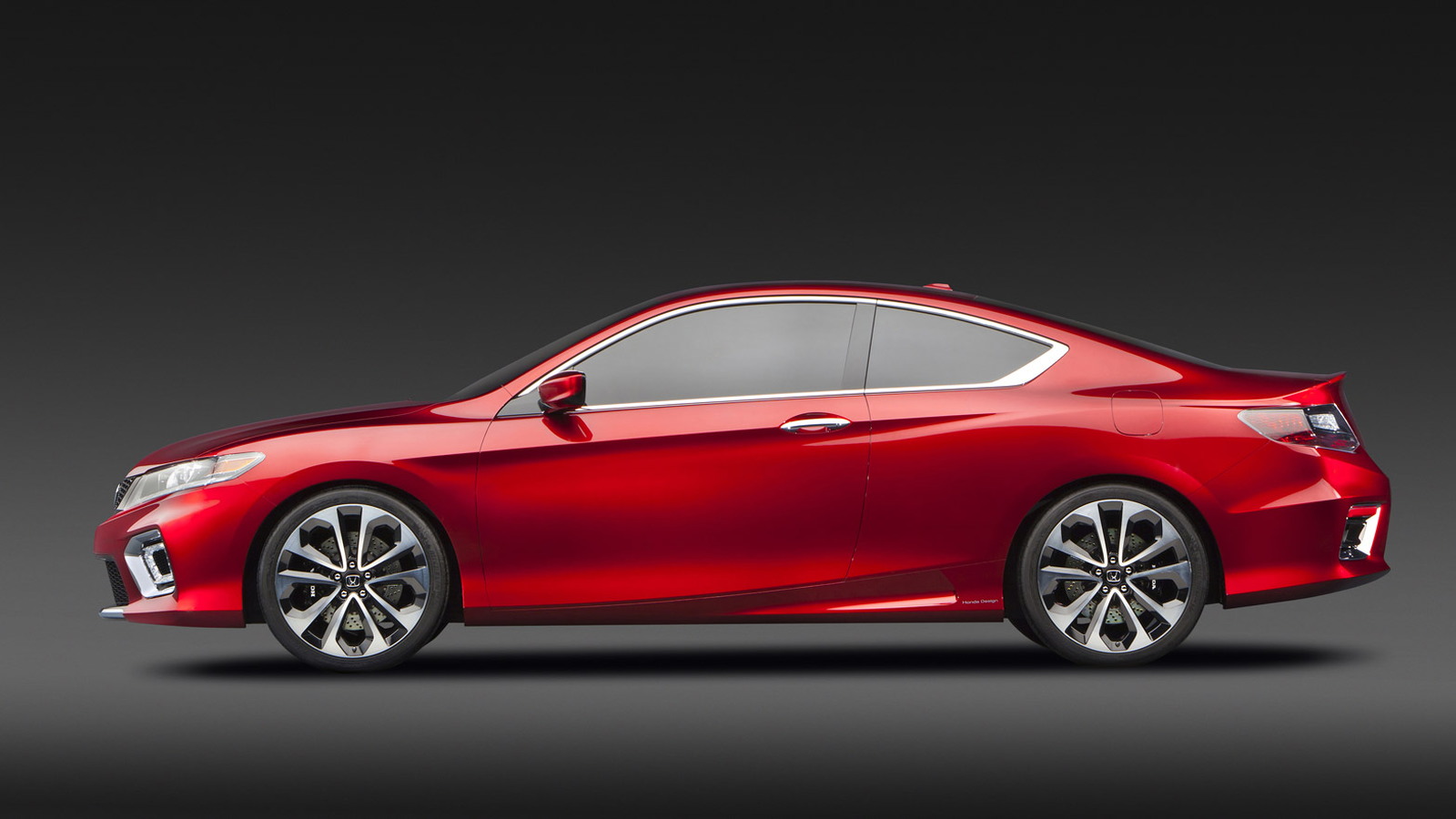 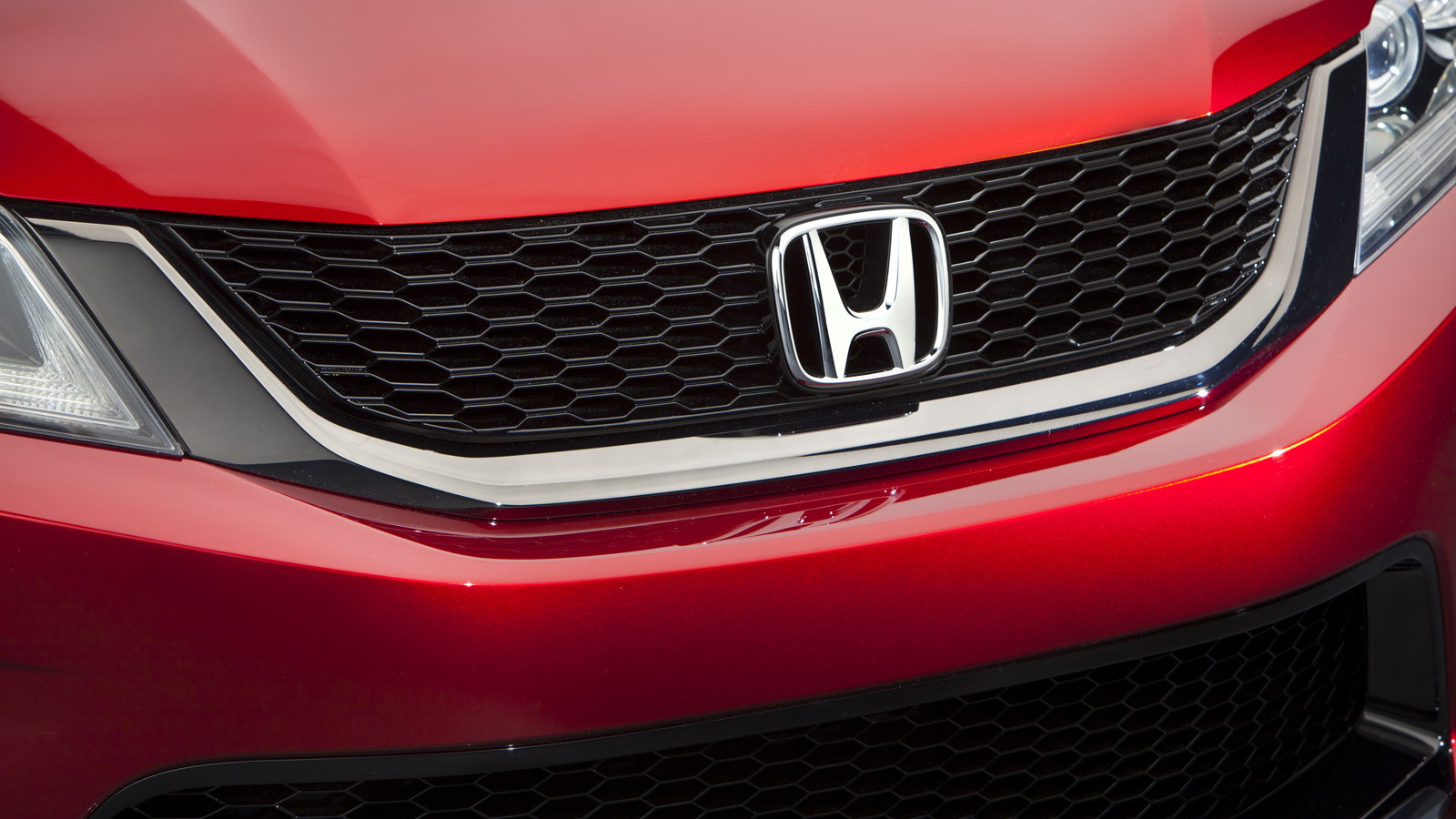 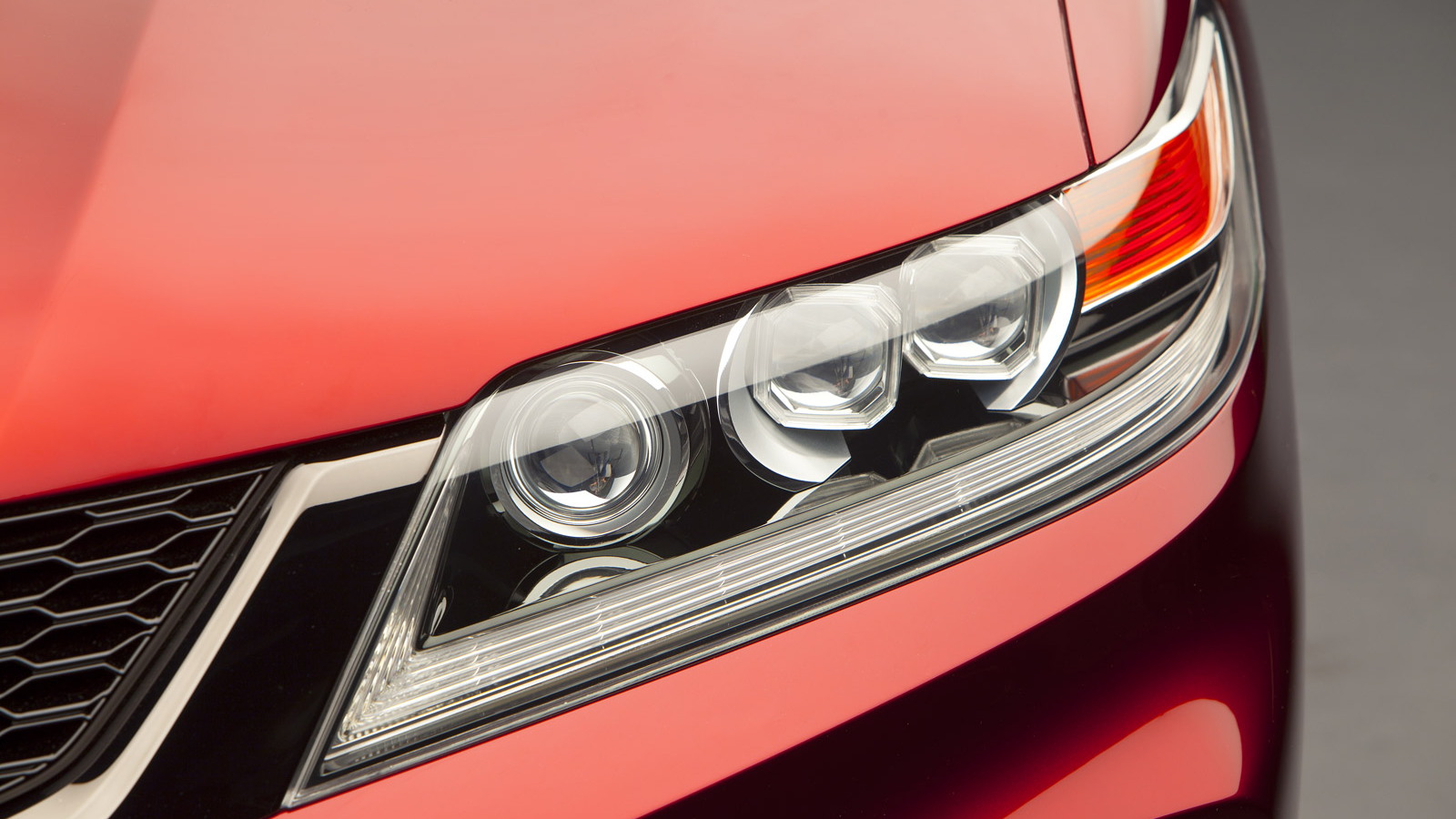 7
photos
There’s a new Honda Accord going on sale this fall, the ninth-generation of the popular nameplate, and we now have a preview of what it will look like thanks to the unveiling of this striking Accord Coupe Concept at the 2012 Detroit Auto Show.

The concept is immediately recognizable as an Accord, with many of its lines reminiscent of today’s model.

However, the details seem to blend more effectively than with the current car, with a smoother, wraparound grille and headlights plus more sculpted flanks. Overall, we like it so hopefully the production version doesn’t stray too far from the concept’s design.

This is a crucial model for Honda; a leader in performance, safety, efficiency and value since its introduction in 1976, the Accord remains one of the top-selling cars in America though it’s age has seen that popularity drop in recent times. Nevertheless, the current 2012 Accord was ranked as having the highest initial quality in its segment in the J.D. Power and Associates 2011 Initial Quality Study (IQS), and the new 2013 model is expected to continue that reputation.

Honda says interior space in the new 2013 Accord is similar to today's car, though the wheelbase is shorter and curb weight lower. The automaker also says that the new model will have more responsive handling, though no details on the suspension, steering or brakes have been revealed.

One thing we do know is that an Accord Hybrid will return, a model that hasn’t been since 2009 when it was dropped due to low sales. Additionally, the 2013 Honda Accord will also feature a plug-in hybrid option, mimicking Ford’s strategy with the 2013 Fusion by offering gas, hybrid and plug-in hybrid options.

The setup will combine a lean-burn four-cylinder engine with a 120-kilowatt electric motor powered by a 6-kilowatt-hour battery. It is designed to be compatible with daily driving habits, allowing for short, frequent trips in electric-only mode (up to 15 miles on a single charge), while providing long-distance driving capability when needed.

Two gasoline-only models will also be offered: a base 2.4-liter model delivering 181 horsepower and a range-topper with a 3.5-liter V-6 developing more than the current V-6 model’s 271 horsepower.

On a final note, the introduction of the ninth-generation Accord marks 30 years of U.S. production of the model at Honda’s plant in Marysville, Ohio, the first Japanese car assembly plant in the U.S.

For more from the 2012 Detroit Auto Show, including live shots of all the unveilings, visit our dedicated show page.