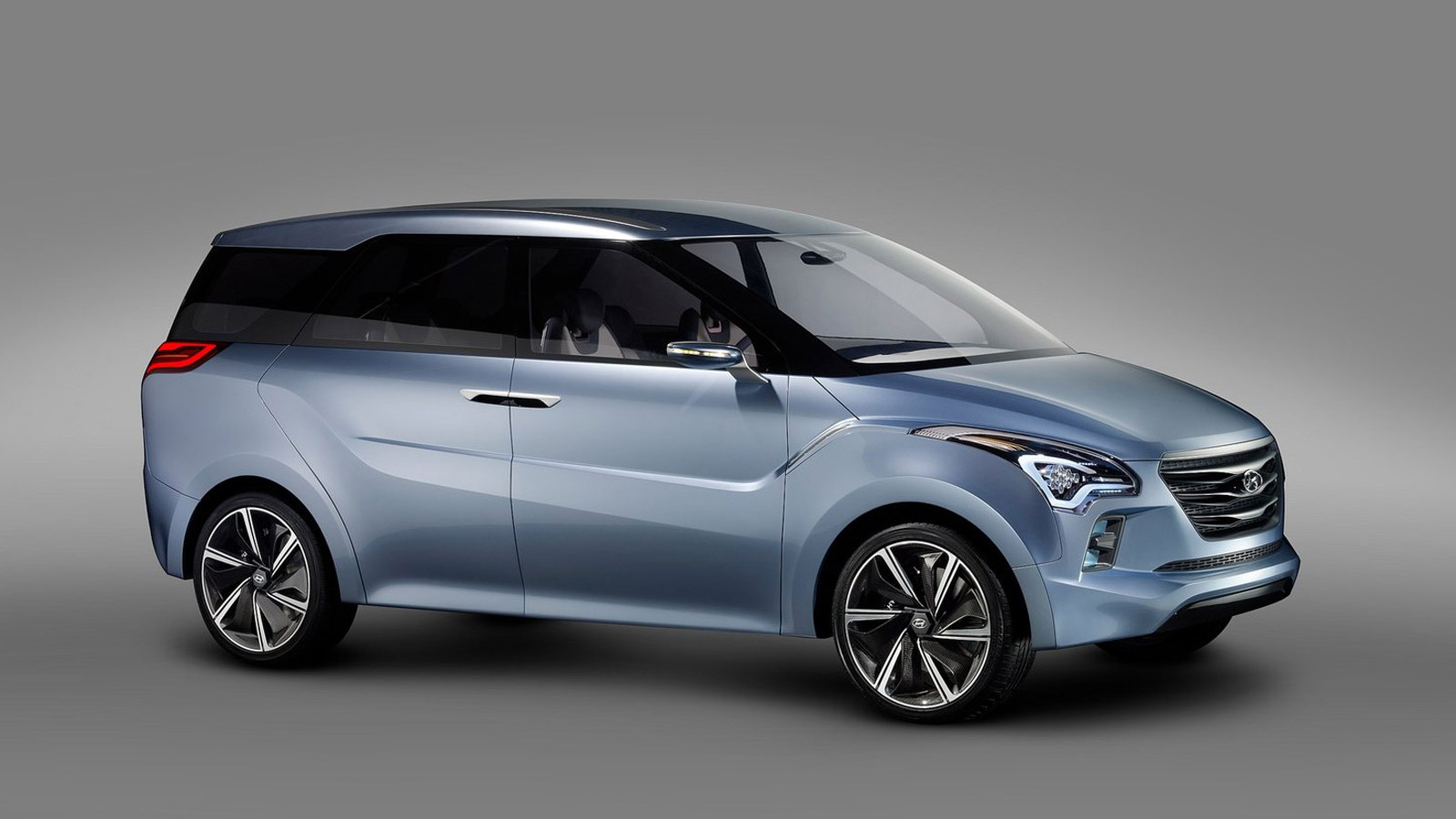 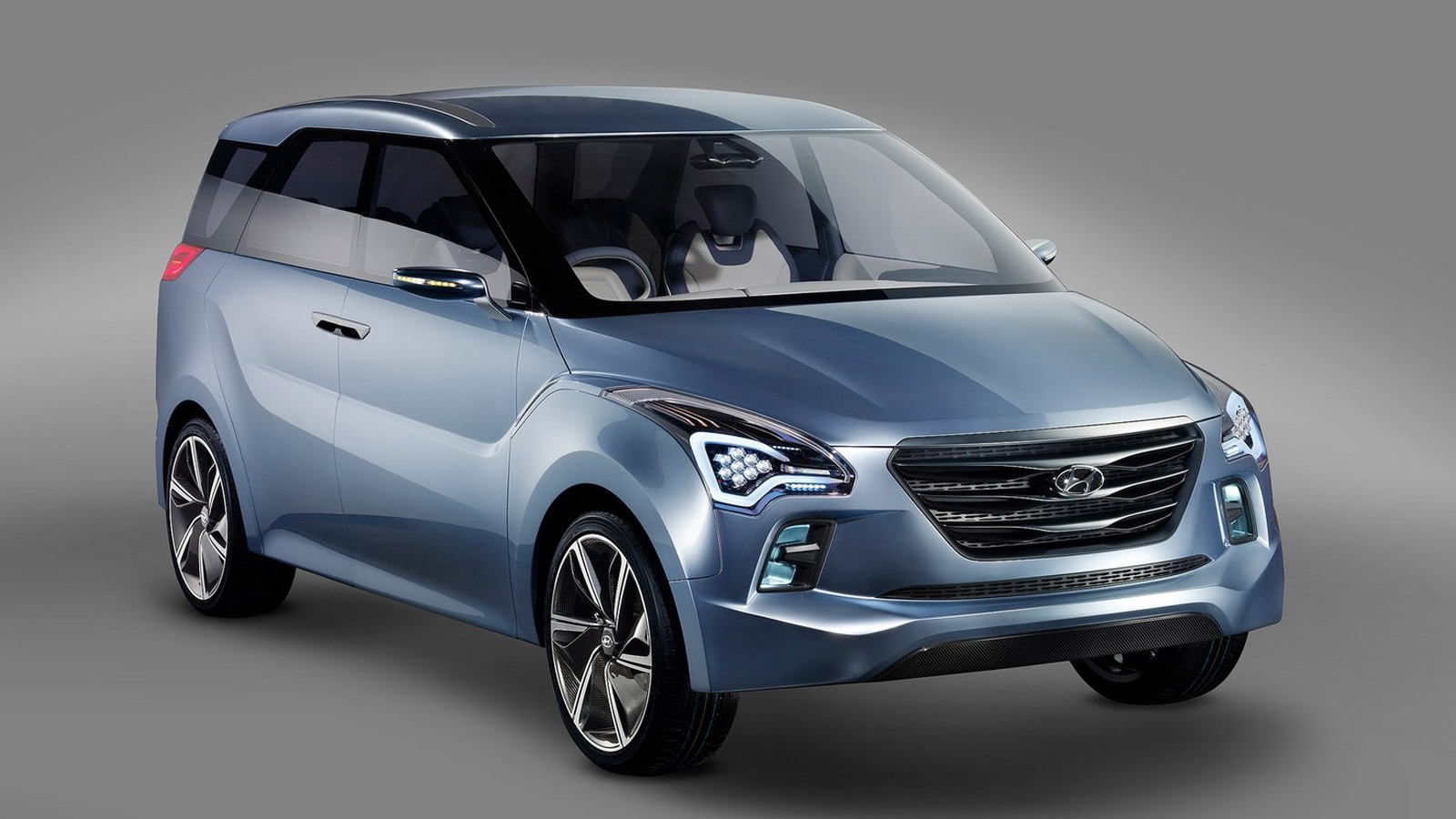 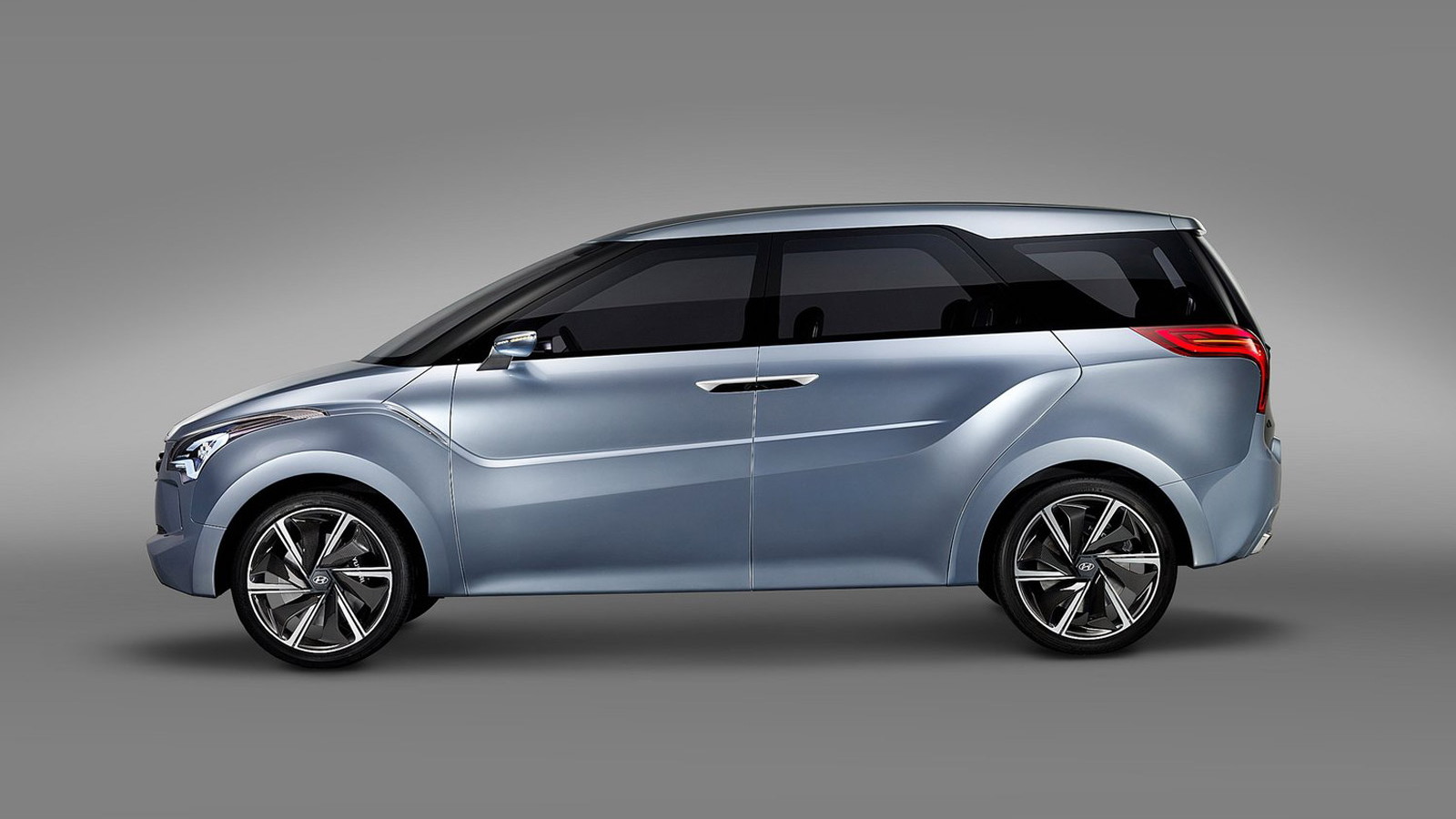 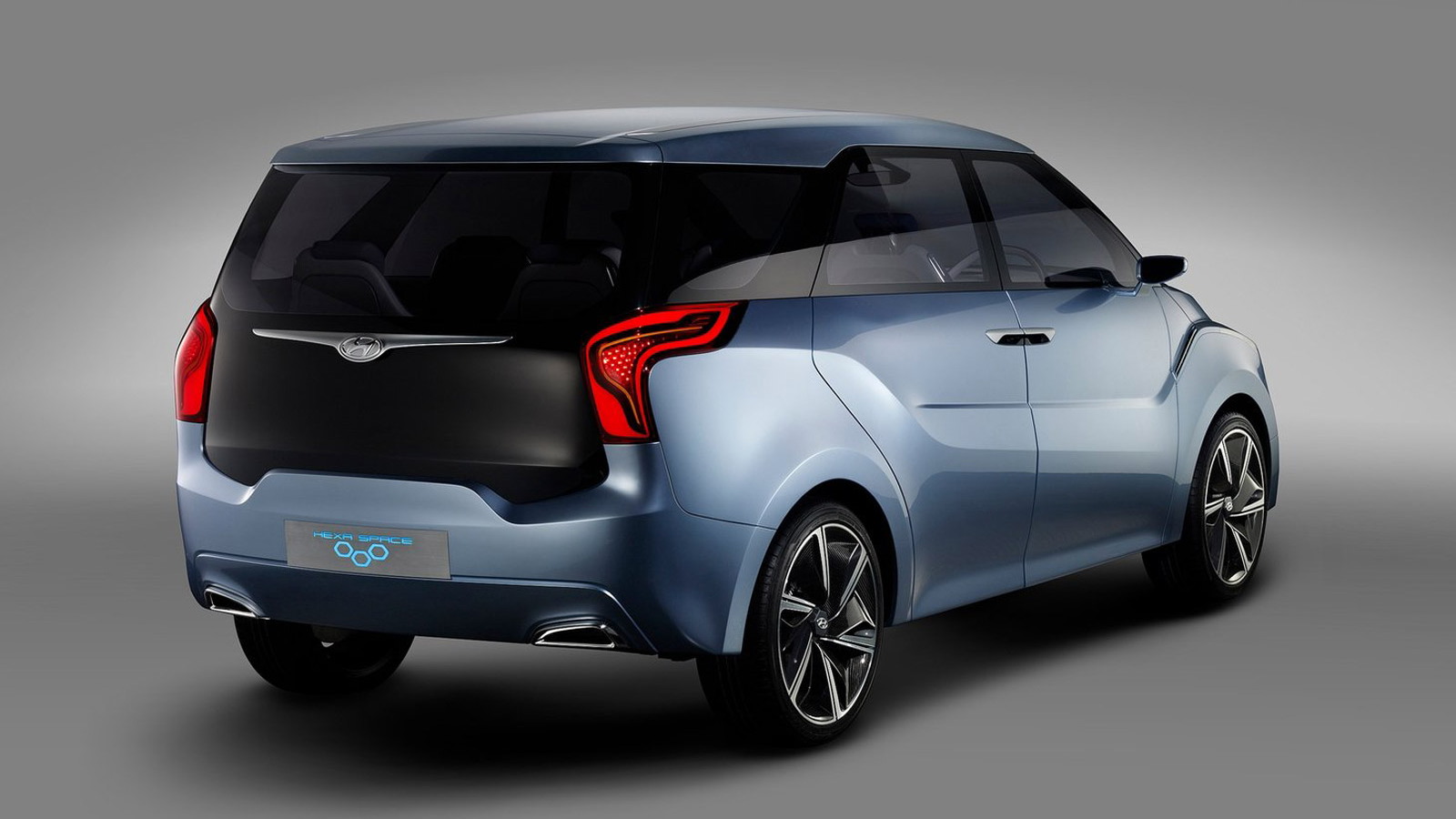 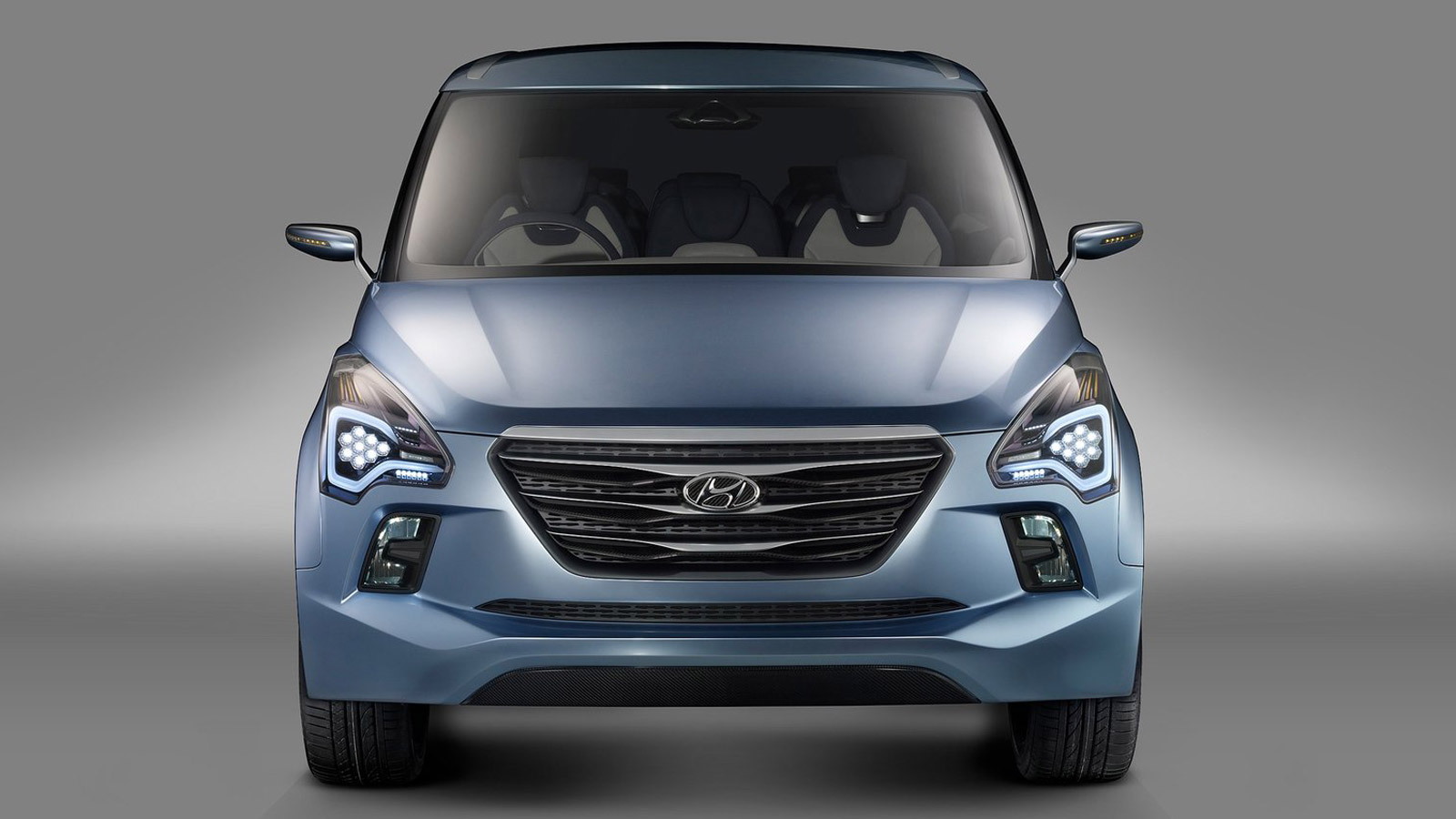 9
photos
Hyundai has rolled out a striking concept at this week’s 2012 Delhi Auto Expo that combines elements from a crossover with an MPV and is said to “revolutionize” the use of interior space.

The concept is officially titled the “Hexa Space Concept” though internally it’s referenced as the “HND-7,” signifying that it’s the seventh concept in a long line of future looking design studies from Hyundai that also included the previous HND-4 Blue-Will and HED-5 i-Mode.

The Hexa Space Concept shows off the latest take on Hyundai’s "Fluidic Sculpture" design language and can manage to seat up to eight despite its wheelbase only measuring in at 9 feet. The key is the innovative seating arrangement, where the seats feature hexagonal-shapes and fit together almost like a puzzle.

There’s also a new door arrangement where the doors lift out and then slide further back to ease access to the rear seats. Interior features include touch-screen controls, a button-operated gear-shifter and an air purifier.

Given its relatively small size, the vehicle only requires a 1.2-liter four-cylinder engine, though the tiny mill features turbocharging and direct injection to maximize output. Drive is sent to the front wheels via a six-speed automatic transmission.

For more from the 2012 Delhi Auto Expo, click here.