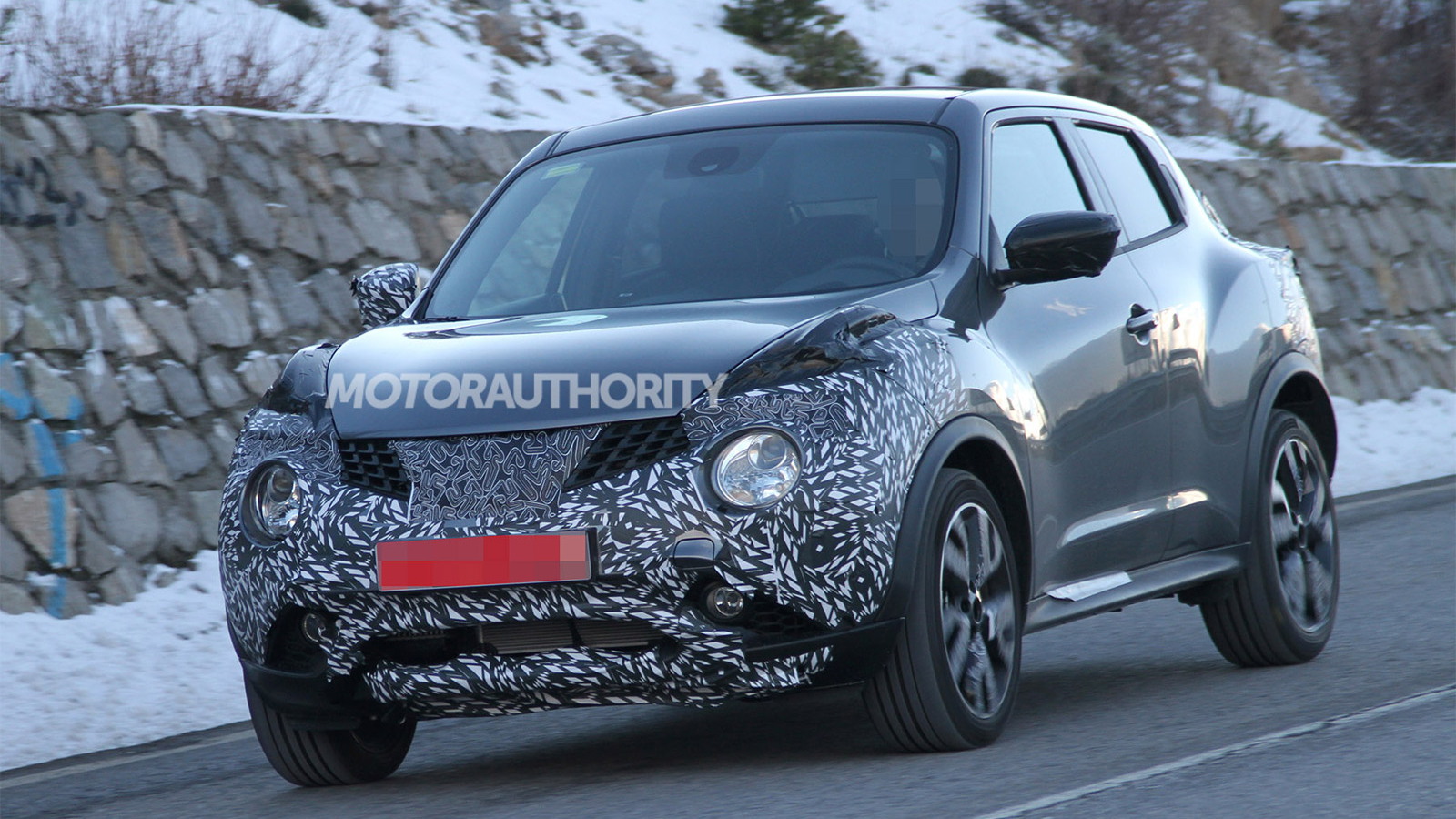 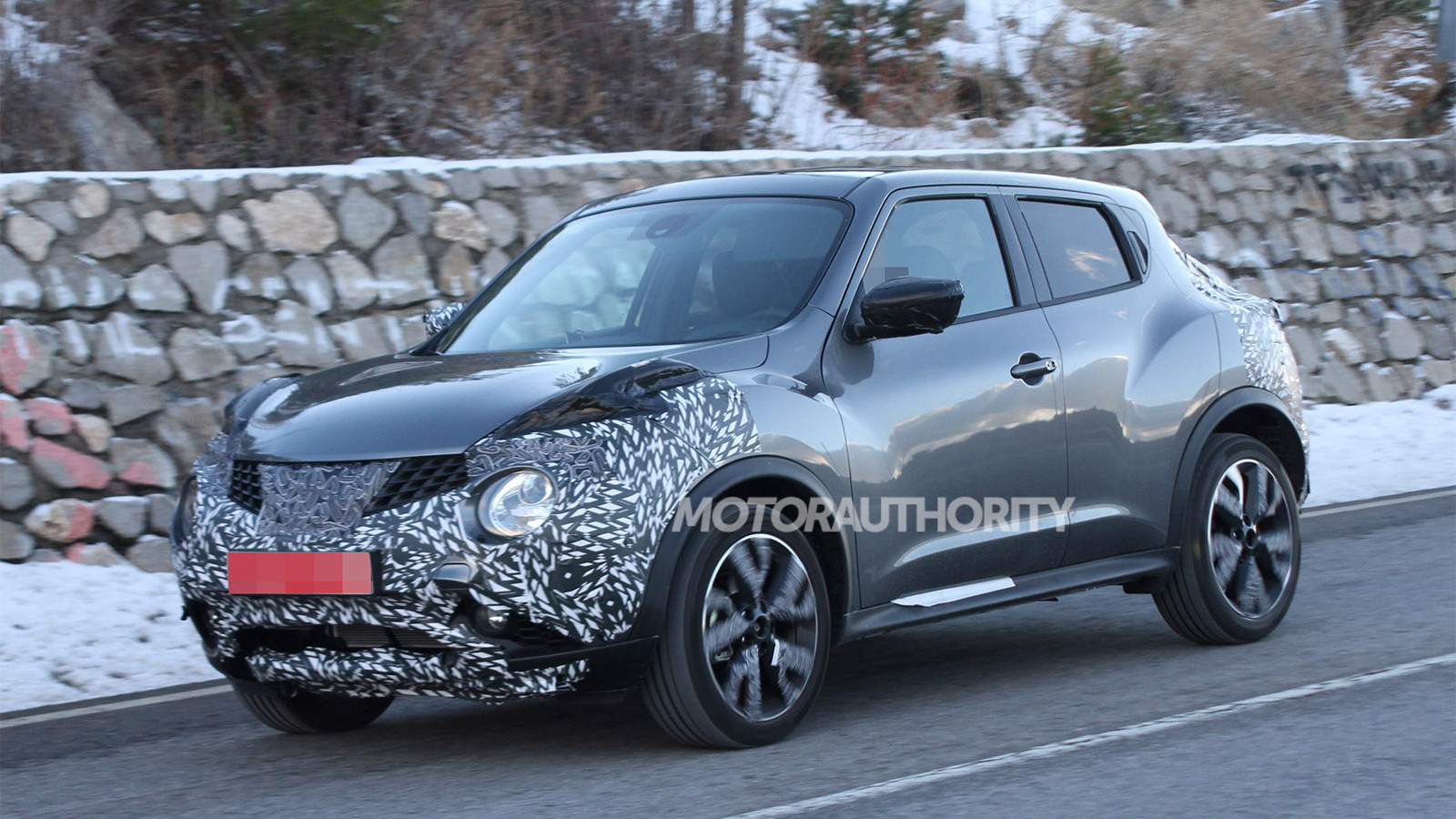 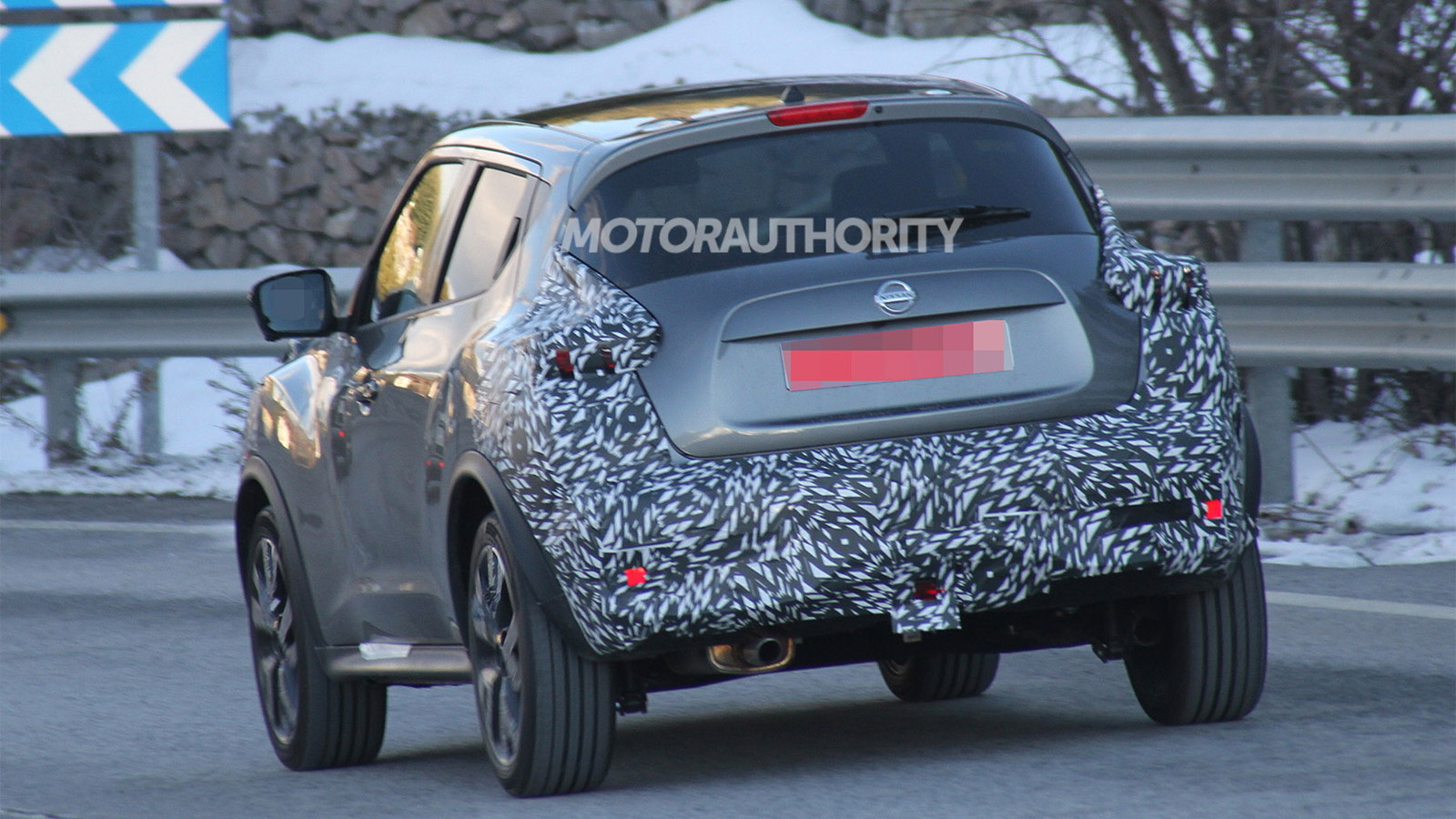 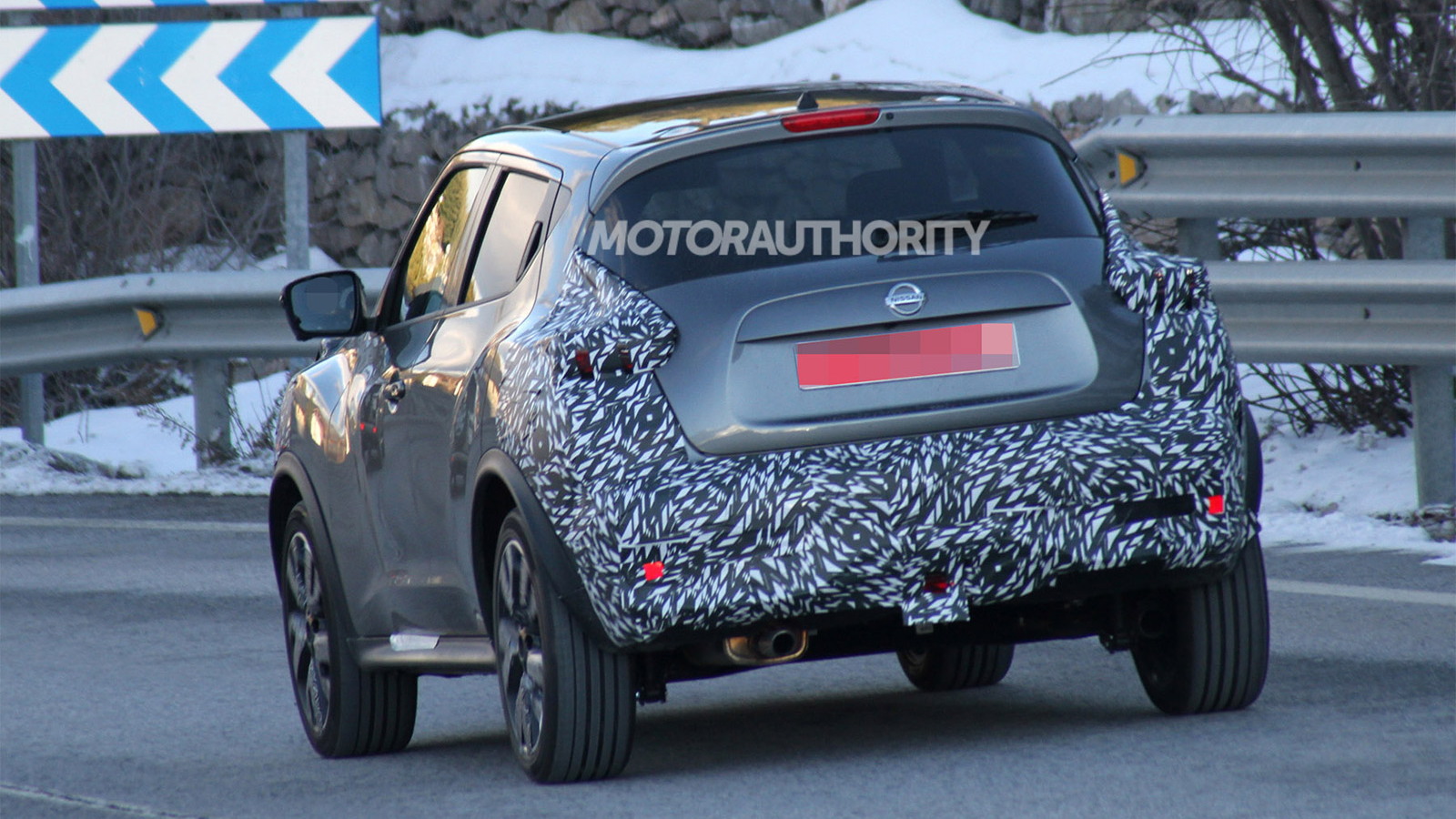 5
photos
The Nissan Juke was introduced for the 2011 model year and straight away polarized the market with its odd styling. The Juke is now about due for a mid-cycle update and right on cue a prototype for just such a vehicle has been spotted.

The prototype shows that the updated Juke will feature revised styling at the front and rear, as evidenced by its camouflage material. On closer inspection, we can see that the prototype is wearing a new front bumper with different air intakes to those found on the current model.

The headlights also look to be new and almost appear to feature the boomerang design used on recent Nissan concepts like the Resonance and Sport Sedan. The masked side mirrors are likely to be fitted with integrated indicators, and the rear bumper looks to be new.

We’re not expecting any major changes in the powertrain department as the Juke lineup was only recently expanded with some new NISMO offerings. This means the base model should continue with a turbocharged 1.6-liter four-cylinder rated at 188 horsepower, while 2013’s Juke NISMO should continue with its 197-horsepower rating and 2014’s Juke NISMO RS with its own 215-horsepower rating.

Look for the updated Juke to be revealed later this year, as a 2015 model.