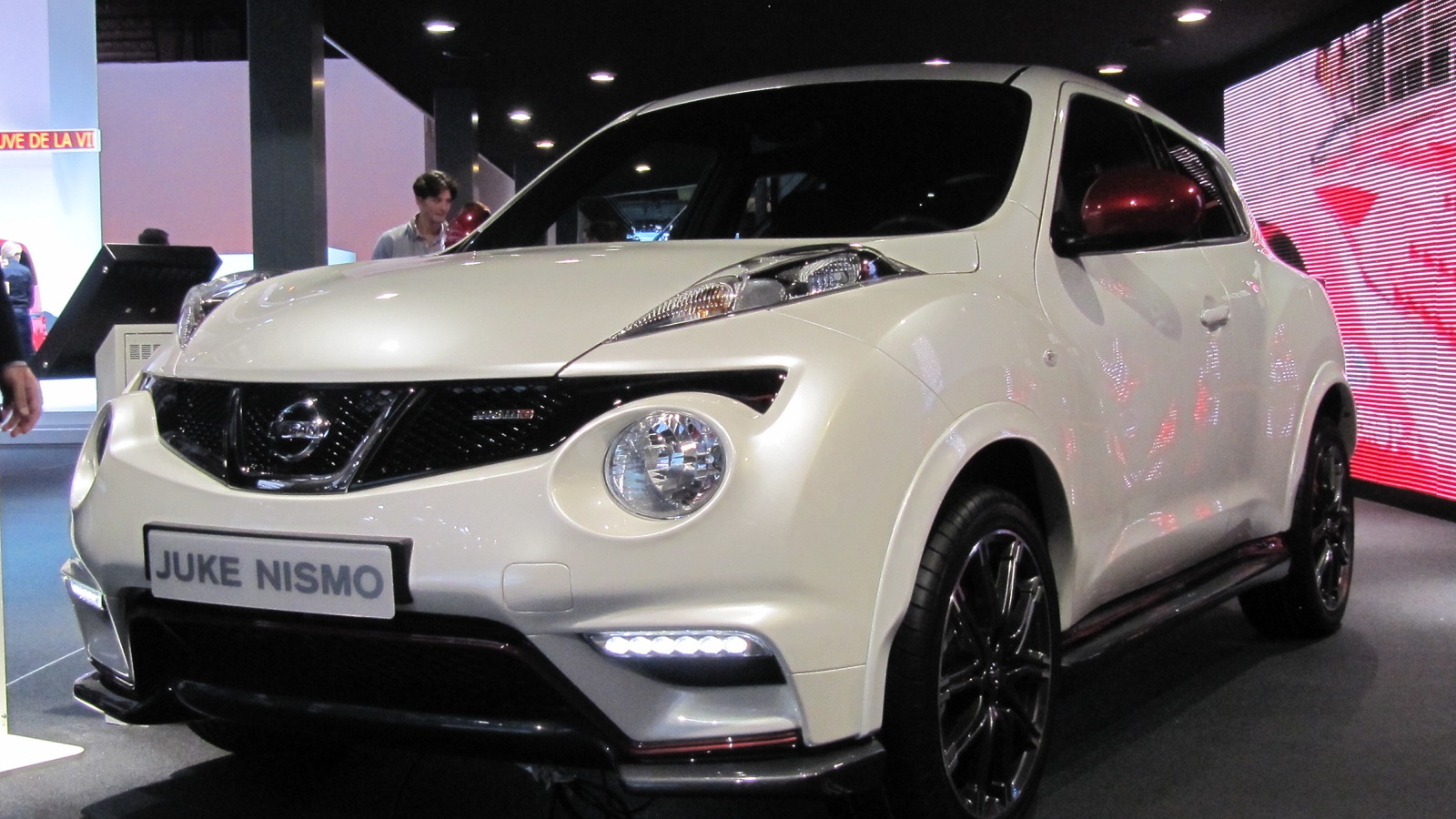 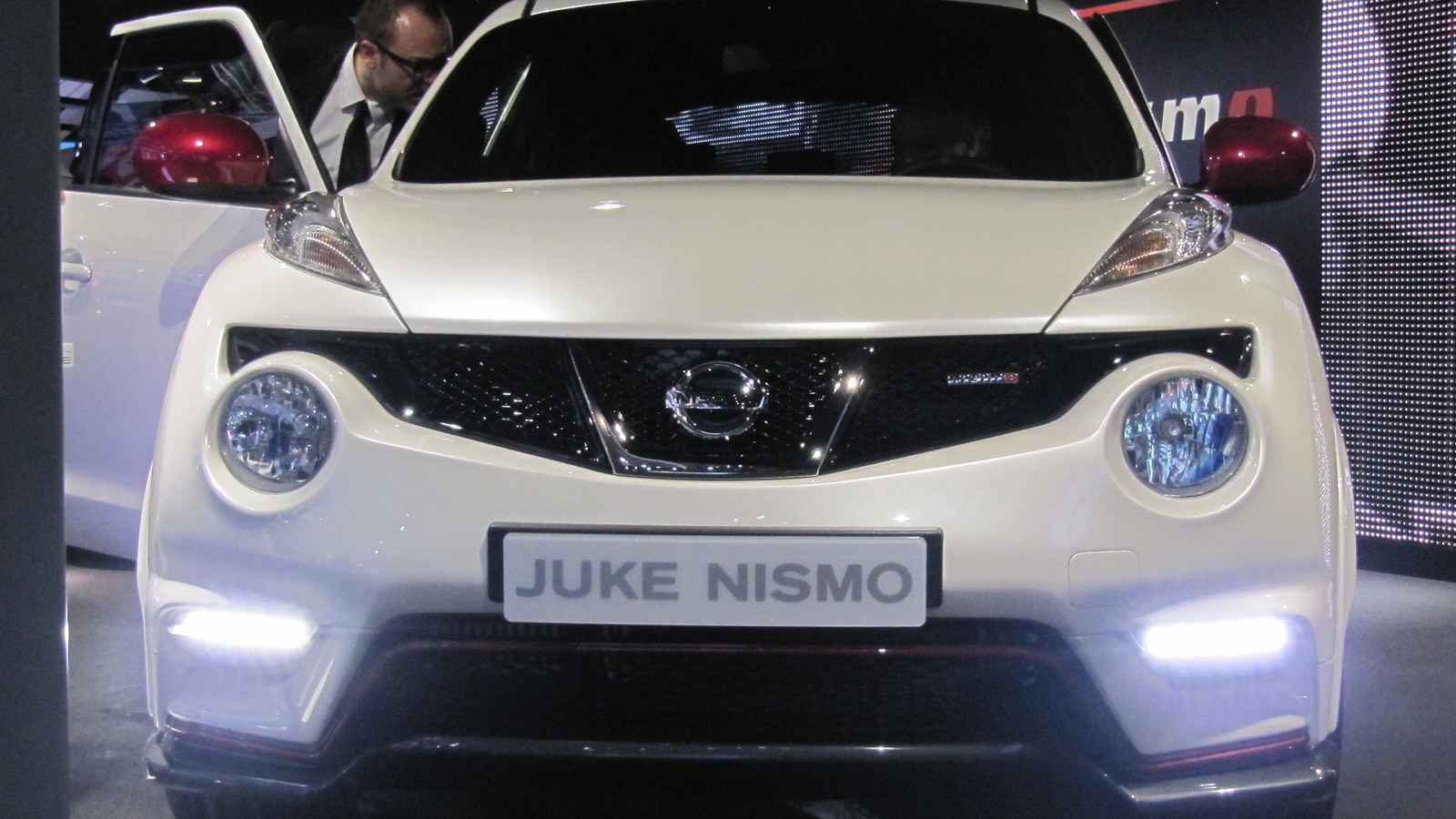 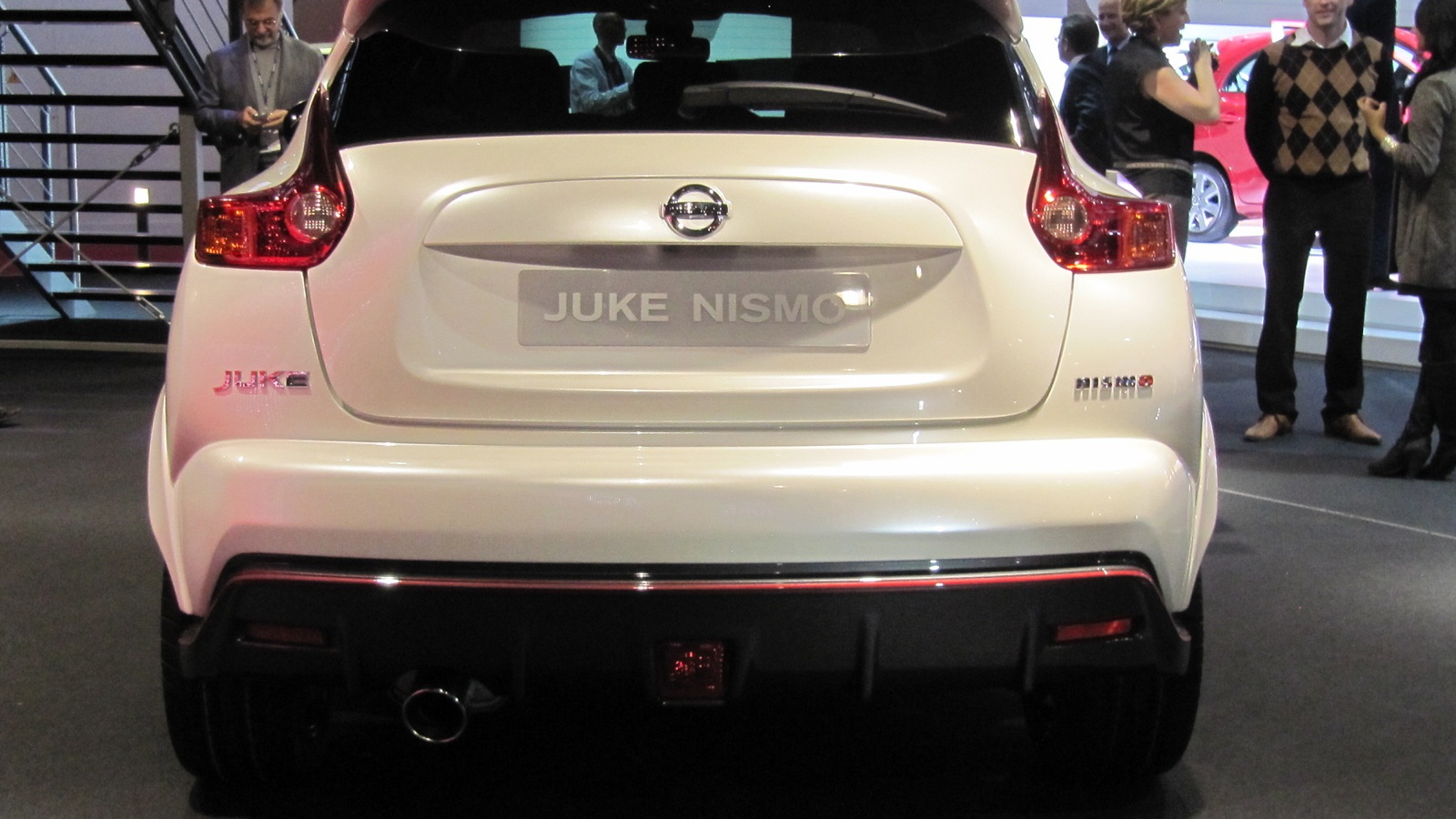 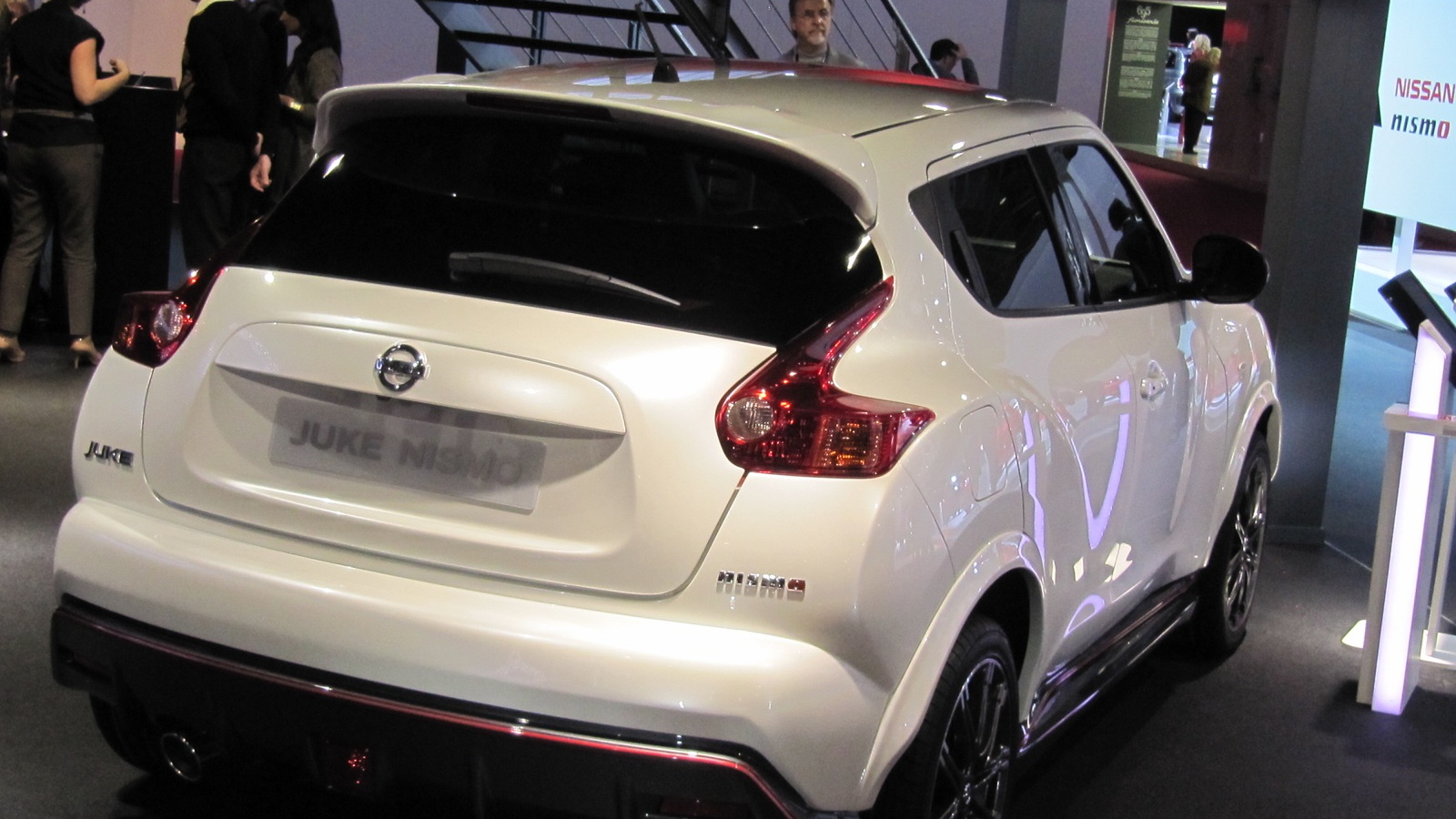 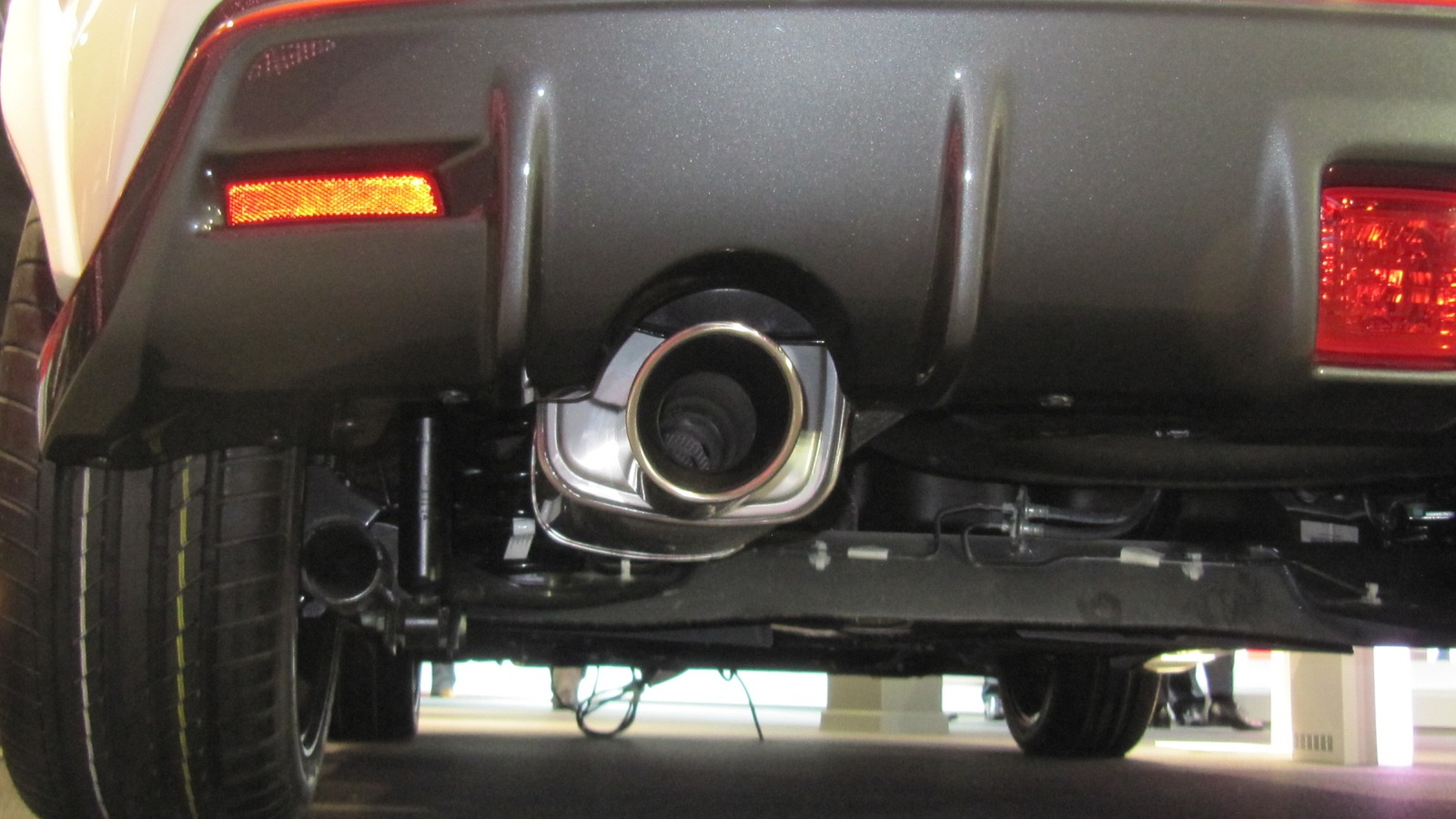 8
photos
While it may not offer the same impressive thrust and supercar-beating handling as the 545-horsepower Nissan Juke-R, the Nismo-tuned version of Nissan’s compact crossover promises to deliver a just-right blend of increased performance, improved handling, sharper looks and mass-market affordability.

While the Juke Nismo gets the same 1.6-liter turbocharged four-cylinder as base Juke models, power grows from 188 horsepower and 177 pound feet of torque to 197 horsepower and 184 pound-feet of torque in Nismo-tuned versions. Nissan isn’t specific on how the gains were achieved, but we suspect intake and exhaust mods were enough to do the trick.

The most obvious changes, however, are on the outside, where the Juke Nismo gets a new front and rear fascia, contrasting side mirror caps, a roof-mounted wing and side skirts meant to improve both looks and aerodynamics. Juke Nismo models will ride on unique 18-inch wheels, shod with all-season performance tires.

Underneath, the Juke Nismo rides on stiffer springs and firmer dampers, although it doesn’t appear that ride height was lowered (probably in order to meet pedestrian crash standards). Steering was changed for better feel, and we suspect that Juke Nismo versions will get a quicker steering ratio, too.

Inside, the cabin is restyled to emphasize the Juke Nismo’s sporting nature. Front row occupants benefit from aggressively-bolstered sport seats, and the driver enjoys a meaty, Alcantara-wrapped steering wheel. There are the obligatory aluminum pedals, as well as red contrast stitching and unique Nismo gauges, too.

If you find the Juke Nismo to be long on flash but a bit short on substance, take heart: an even higher-performance version, to be called the Juke Nismo RS, will debut late next year.