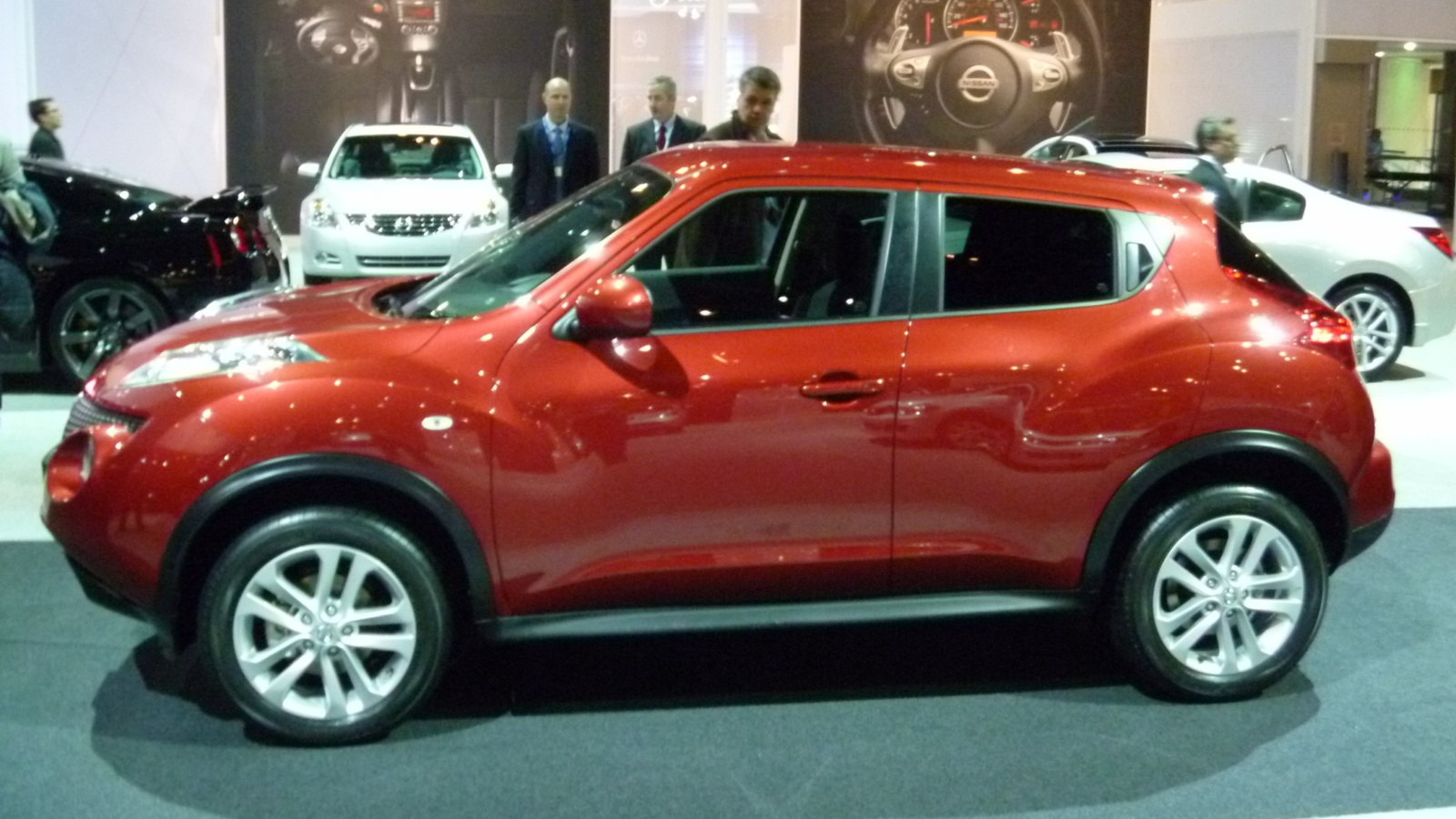 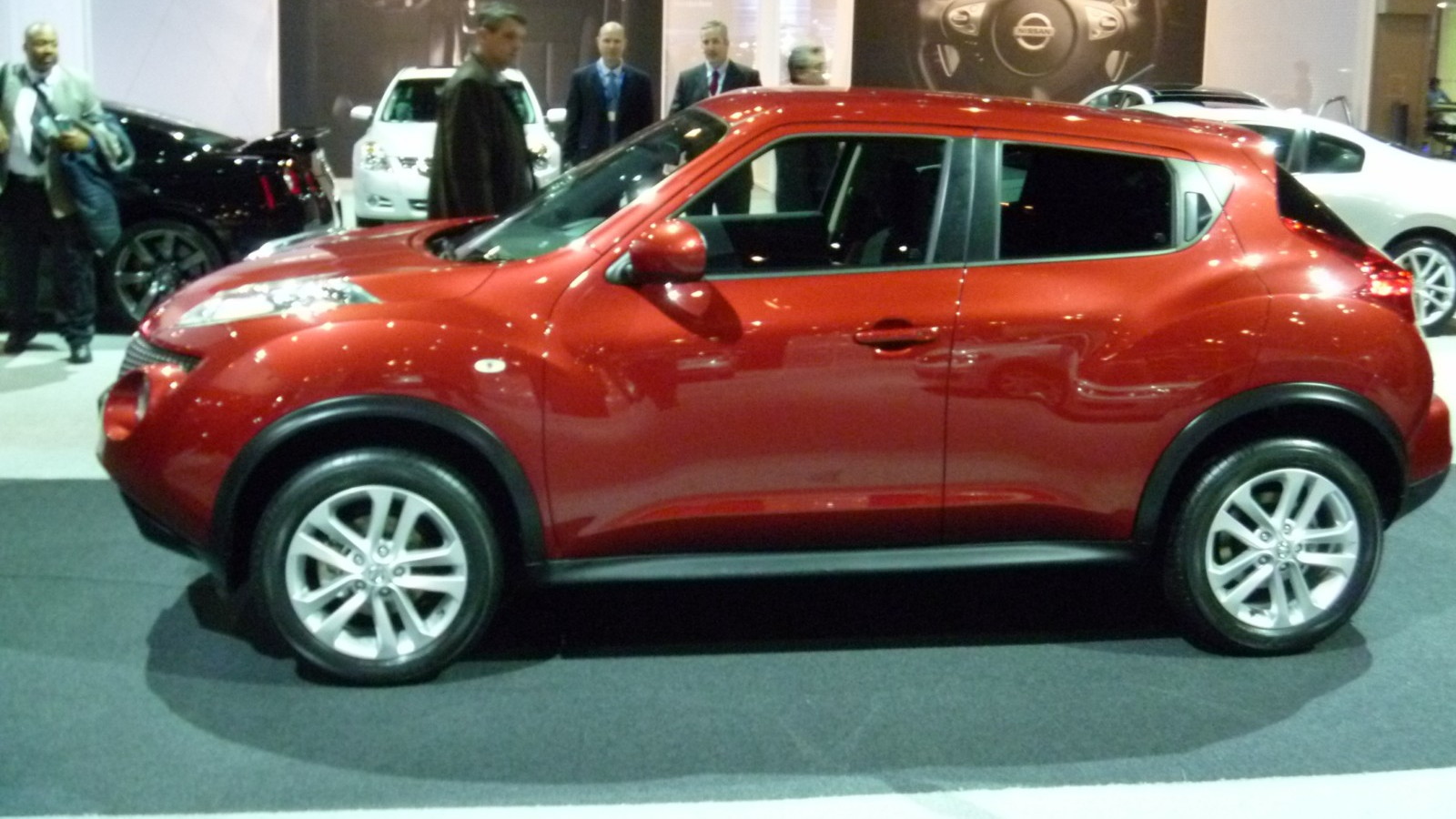 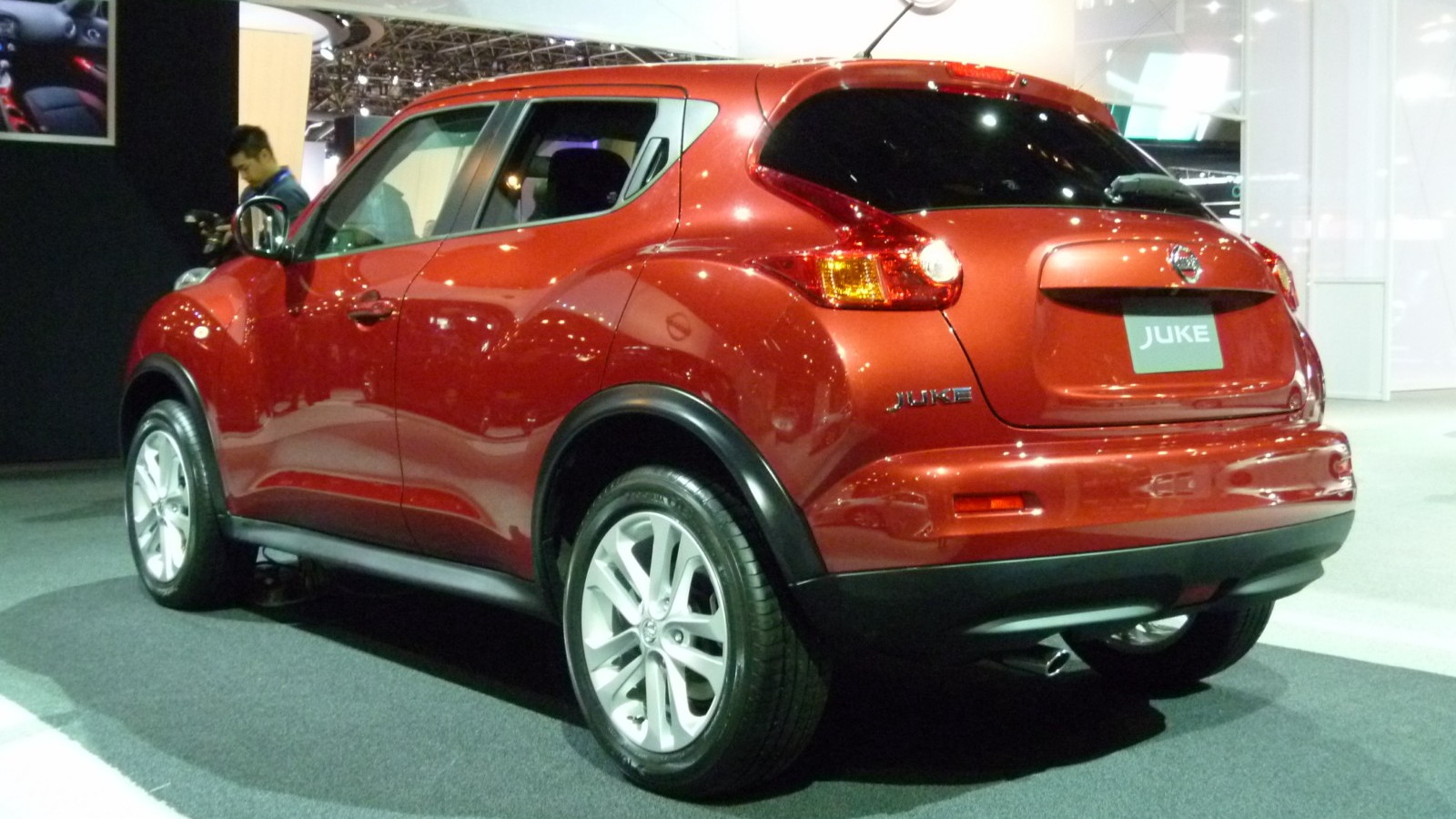 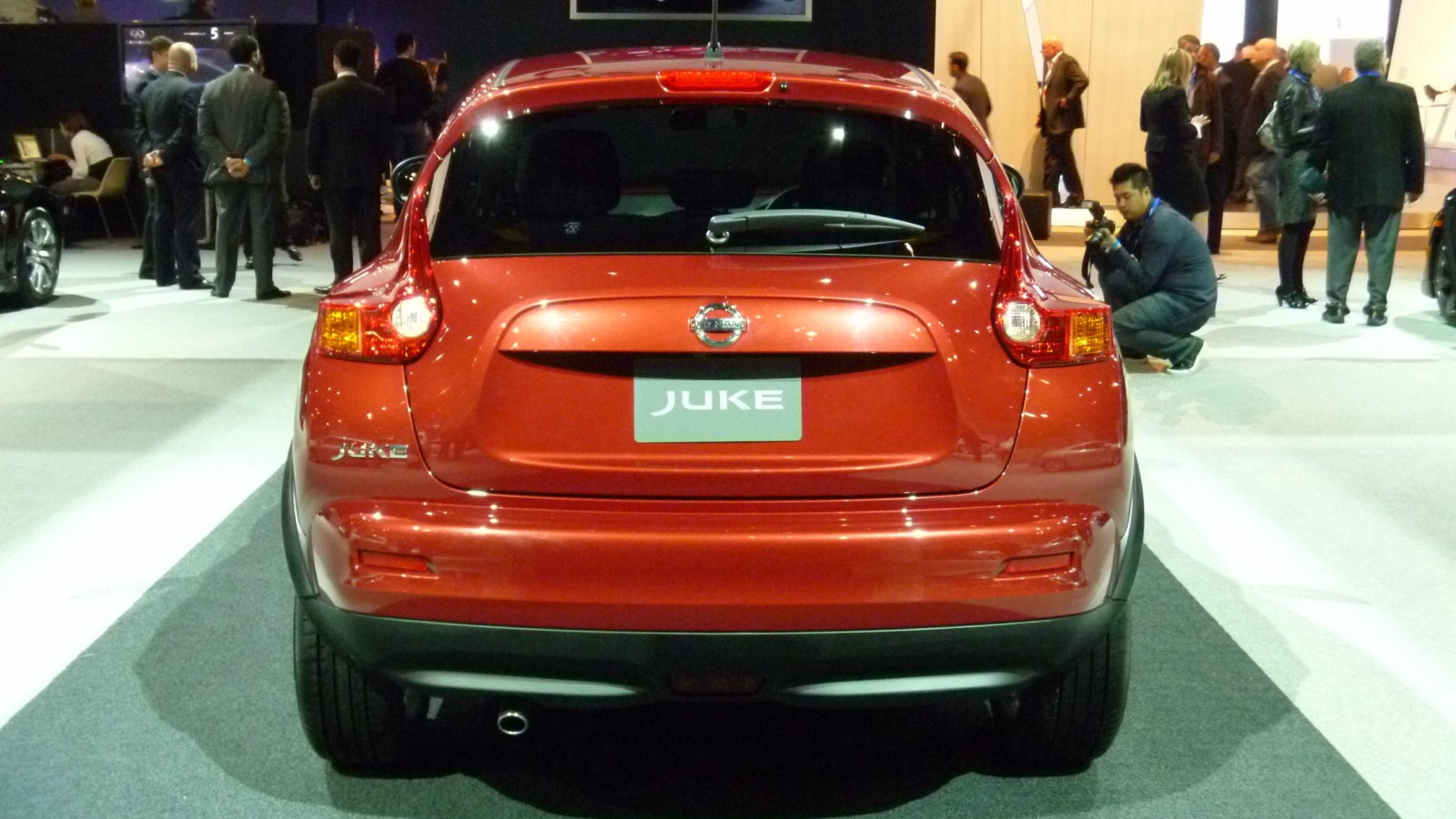 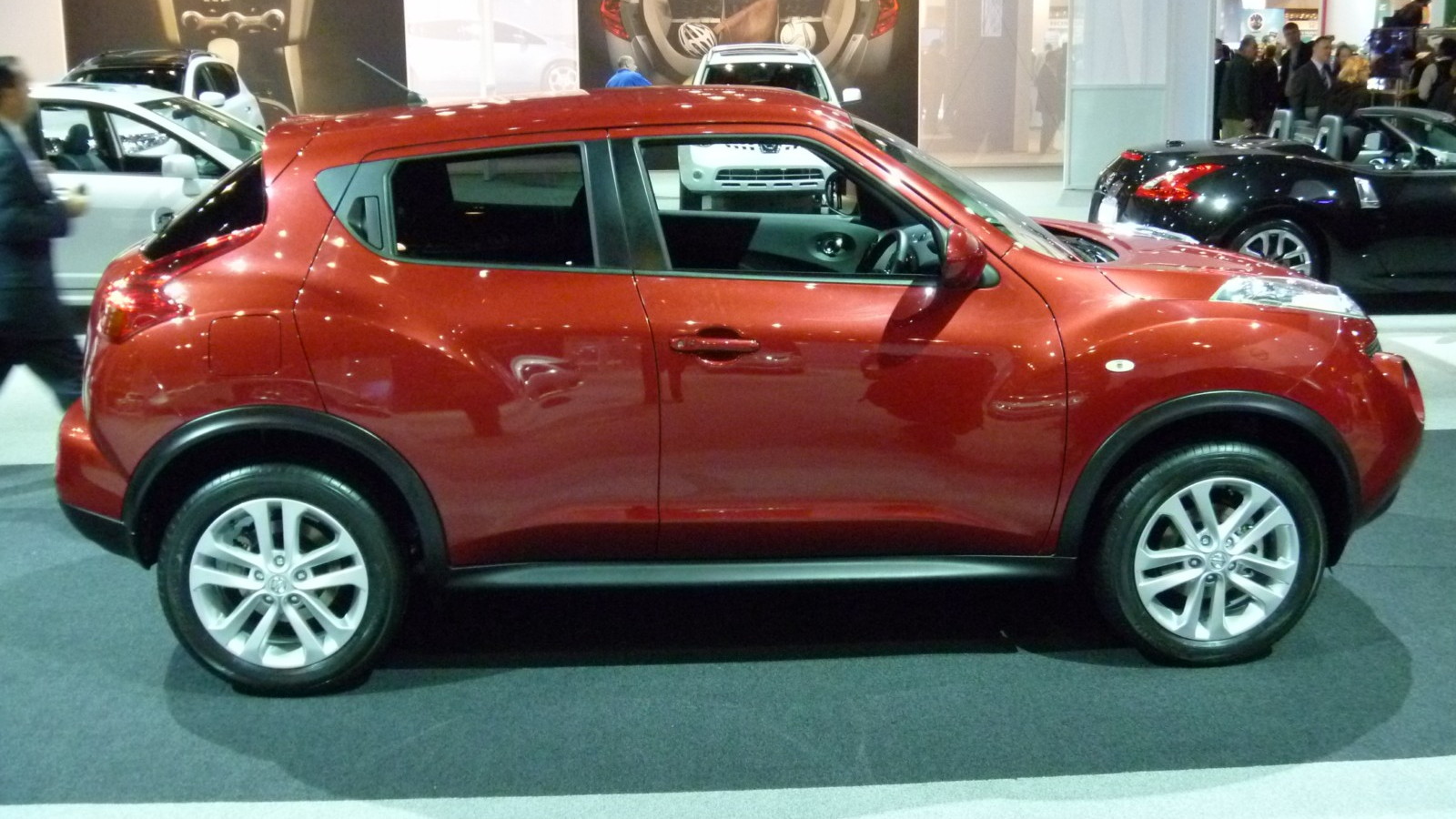 A small five-door with muscular styling and a small turbocharged four-cylinder engine, the Juke made its North American debut at the 2010 New York Auto Show. It arrived wearing a hint at a base price--less than $20,000, Nissan says--and an on-sale date for this fall.

Juke's better known as the word for athletes faking one direction and zipping into another--which seems to make perfect sense with the new hatchback, which Nissan is pitching as a more masculine, better-handling version of the platform that underpins Versa and the softer, rounder Cube hatchback. Based on the Nissan Qazana concept from last year, the Juke gets wide hips, a wide front grille and an angular roofline, as well as some motorcycle inspired cues for its five-seat interior. Alternative is the buzzword here: the Juke is chunky, lumpy and beefy in ways you'd never expect in a class that includes the Kia Soul and Suzuki SX4.

In the U.S., the Juke will come with a single engine, a turbocharged 1.6-liter four-cylinder with more than 180 horsepower and more than 170 pound-feet of torque. Unlike the larger Rogue and Murano, the Juke will have a six-speed manual transmission--as an option over its continuously variable transmission (CVT). Yes, we've come to the era where manual transmissions are the option in higher trim levels, while the reverse has mostly been true. CVT versions will have an available Sport mode that will sharpen "shifting" (the CVT gets preprogrammed "gears") and throttle response. The Juke will also offer all-wheel drive, with torque vectoring from front to rear and between the rear wheels, but not between the front wheels. To complement the all-image look, Nissan says the Juke's handling will be a step above the compact hatchback norm.

Dual front, side and curtain airbags will be standard; so will stability and traction control, active head restraints and tire pressure monitors.

Other standard features include 17-inch wheels; an AM/FM/CD player with steering-wheel controls; Bluetooth; and an iPod jack. Options will include leather seating with heating controls; a rearview camera; pushbutton start; satellite radio; a USB audio connection; Rockford Fosgate speakers; a sunroof; and a navigation system.