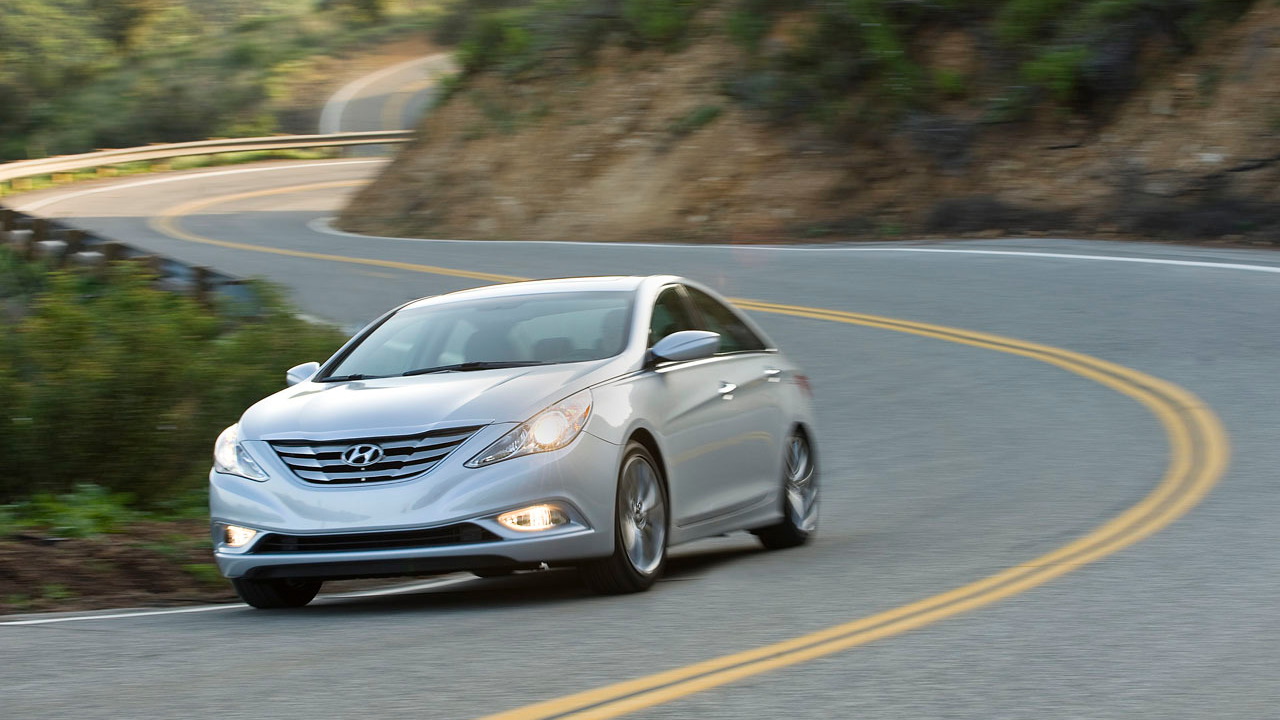 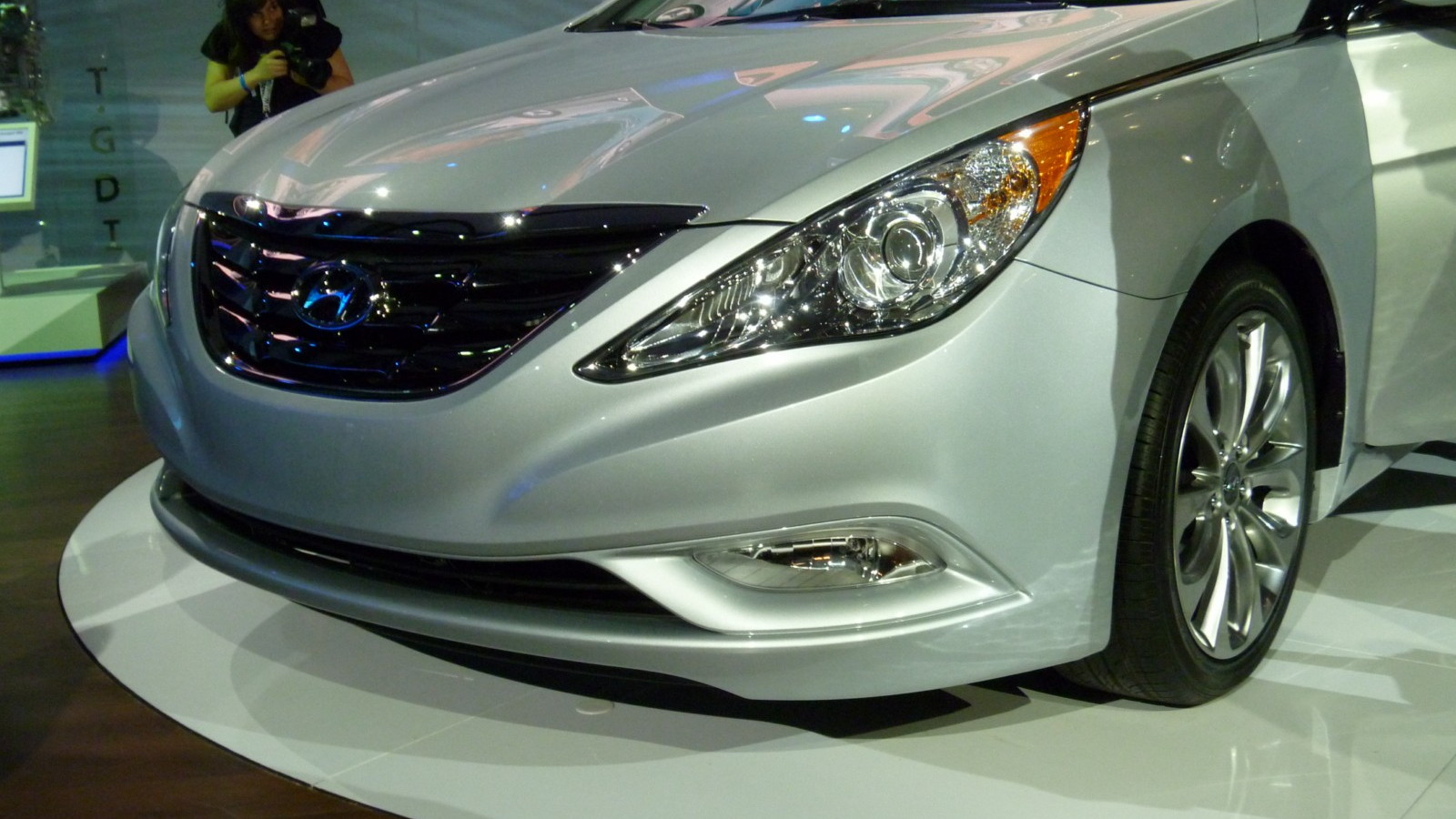 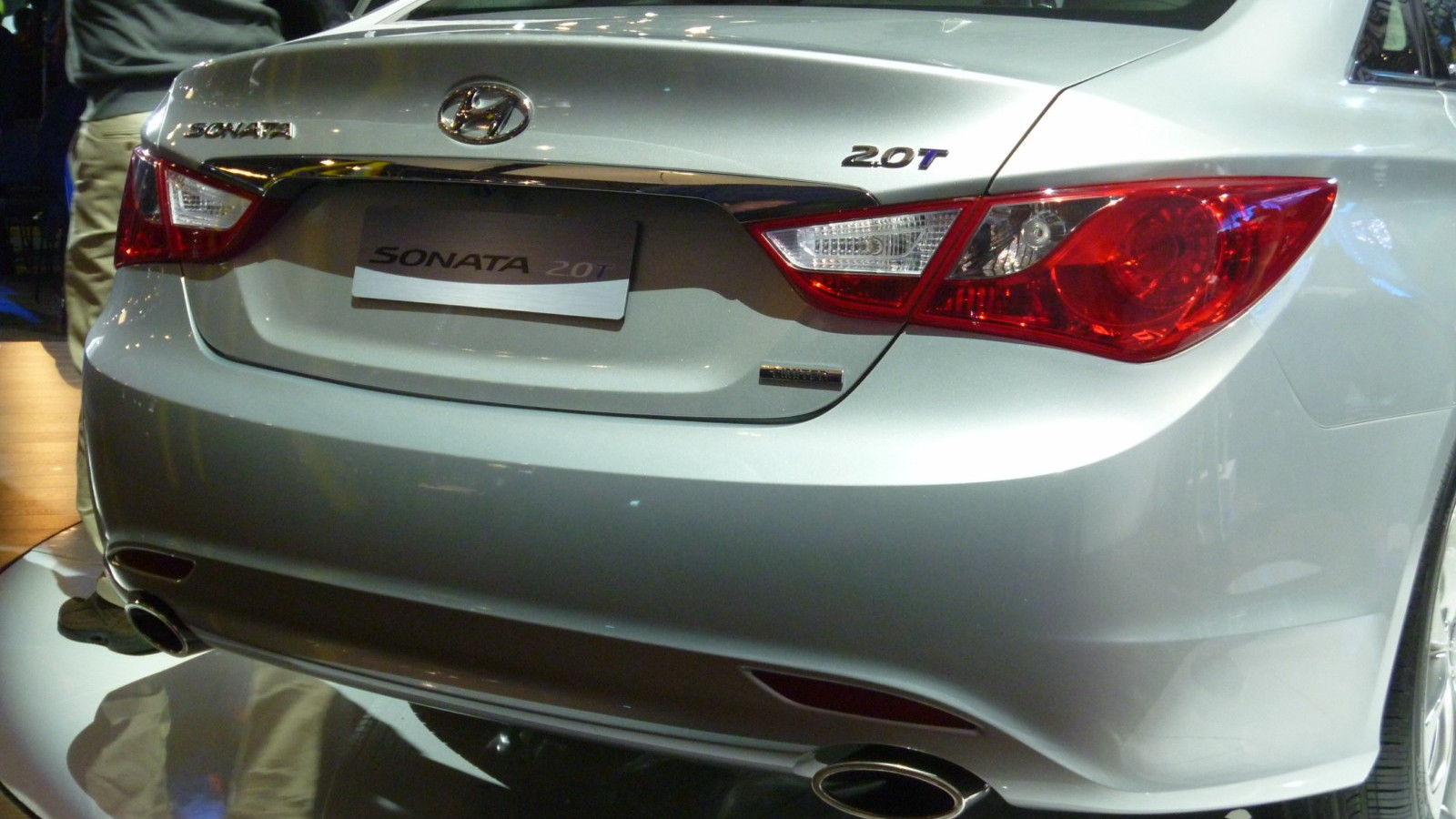 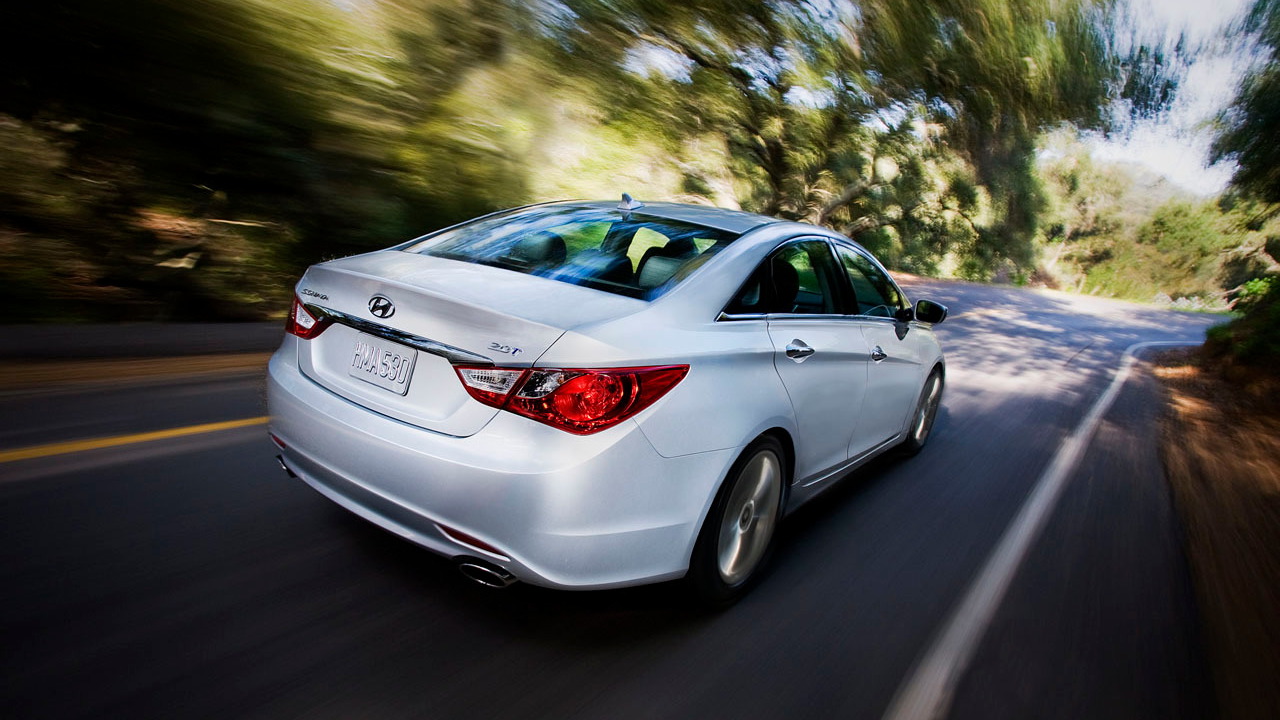 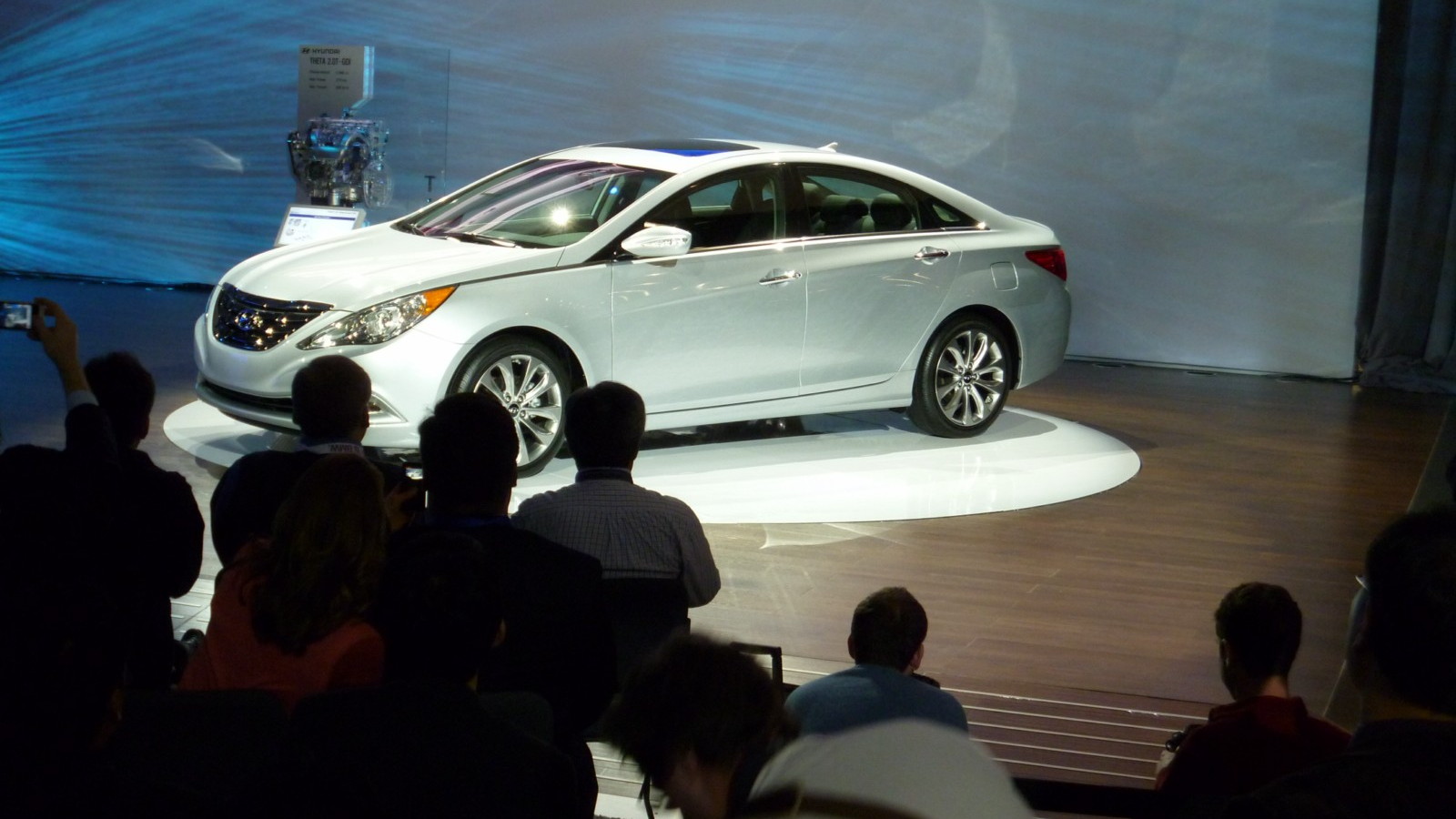 Turbocharged, 274-horsepower, four-cylinder, direct-injection, 17.4-psi boost, aluminum block and head: the spec sheet reads like a rally car, not a Korean sedan, but that's exactly what it is. The 2011 Hyundai Sonata 2.0T is set to redefine the midsize, affordable sedan segment with more style and power than your average Subaru or Mitsubishi--let alone staid stalwarts like Honda or Toyota. The car makes its debut today at the 2010 New York Auto Show head of sales later this year.

If there's one beef with the Sonata 2.0T's configuration--on paper, anyway--it's the front-drive powertrain. That much power means it's likely to experience hellacious torque steer. But there's more than one beef with the spec sheet: there's also no mention of a limited-slip differential, and it's only available with a six-speed automatic with manual shift mode. With all the performance potential in the engine, the trifecta of front-drive, no LSD and automatic only conspire to take some of the wind out of the Sonata Turbo's sails.

On the other hand, it's important to keep a proper perspective on the car's position in the market: this isn't a Subaru, much less an Audi. And delivering 274 horsepower out of 2.0-liters is potentially exciting enough--especially if Hyundai have managed to engineer the car to last at those output figures. Remember: the Subaru WRX gets 265 horsepower out of 2.5-liters, and the Mazdaspeed3 uses a 2.3-liter mill for roughly the same figures as the Rex. Getting another 10 or so horsepower from 20 percent less displacement means the little engine may be fairly high strung.

As for the rest of the car's equipment, it's pretty standard Sonata, though tuned for sharper performance. MacPherson front struts with twin-tube shock absorbers and a healthy anti-roll bar mate with multi-link rears and on the Limited model, twin-tube shocks, while the SE gets stiffer springs and monotube shocks. That slight tweak is likely to make the Sonata 2.0T SE rotate a bit more readily--as it should, since the SE has been earmarked by Hyundai as the "driver's" trim version.

Brakes are 11.8-inch vented discs up front and 11.2-inch units out back, with four-wheel ABS and EBD acting on 18x7.5-inch alloy wheels wrapped in 225/45 rubber. Weighing in at 3,338-3,452 pounds depending on trim level, the car ought to post decent 60-0 mph stopping distances, just as it posts surprisingly good fuel economy estimates for a roomy 274-horsepower sedan: 22 mpg city, 34 mpg highway for 26 mpg combined.

Stay tuned for live photos fresh from the New York Show floor as we update throughout the day. The Sonata 2.0T joins the Hybrid on the show stand today, and completes the Sonata range along with the standard sedan we drove back in February.