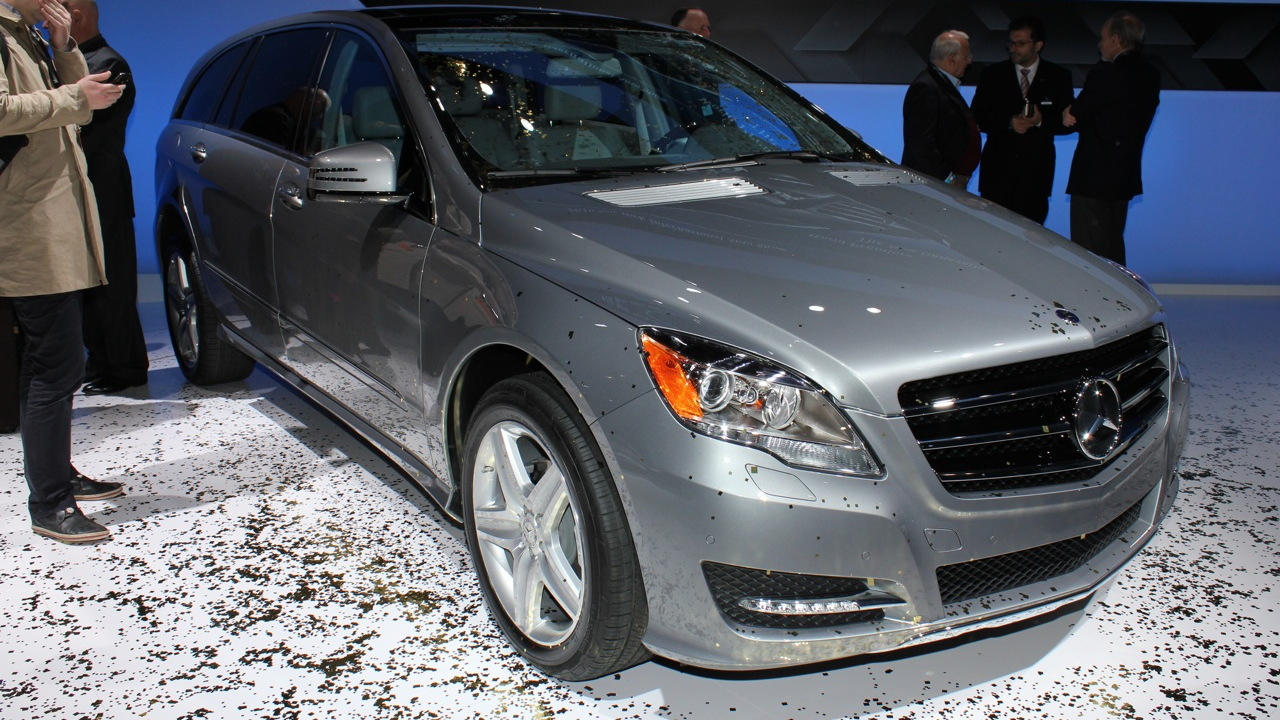 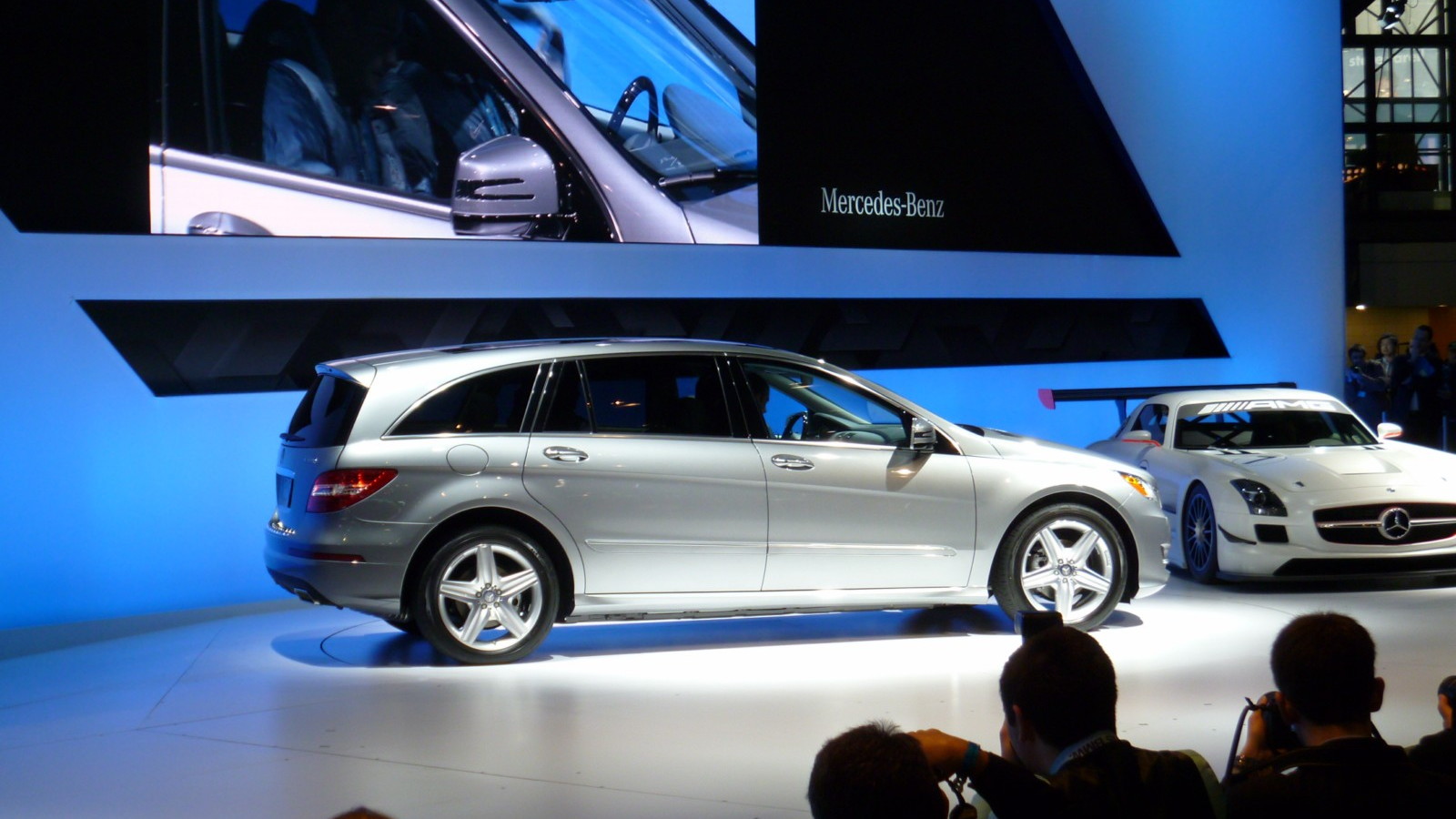 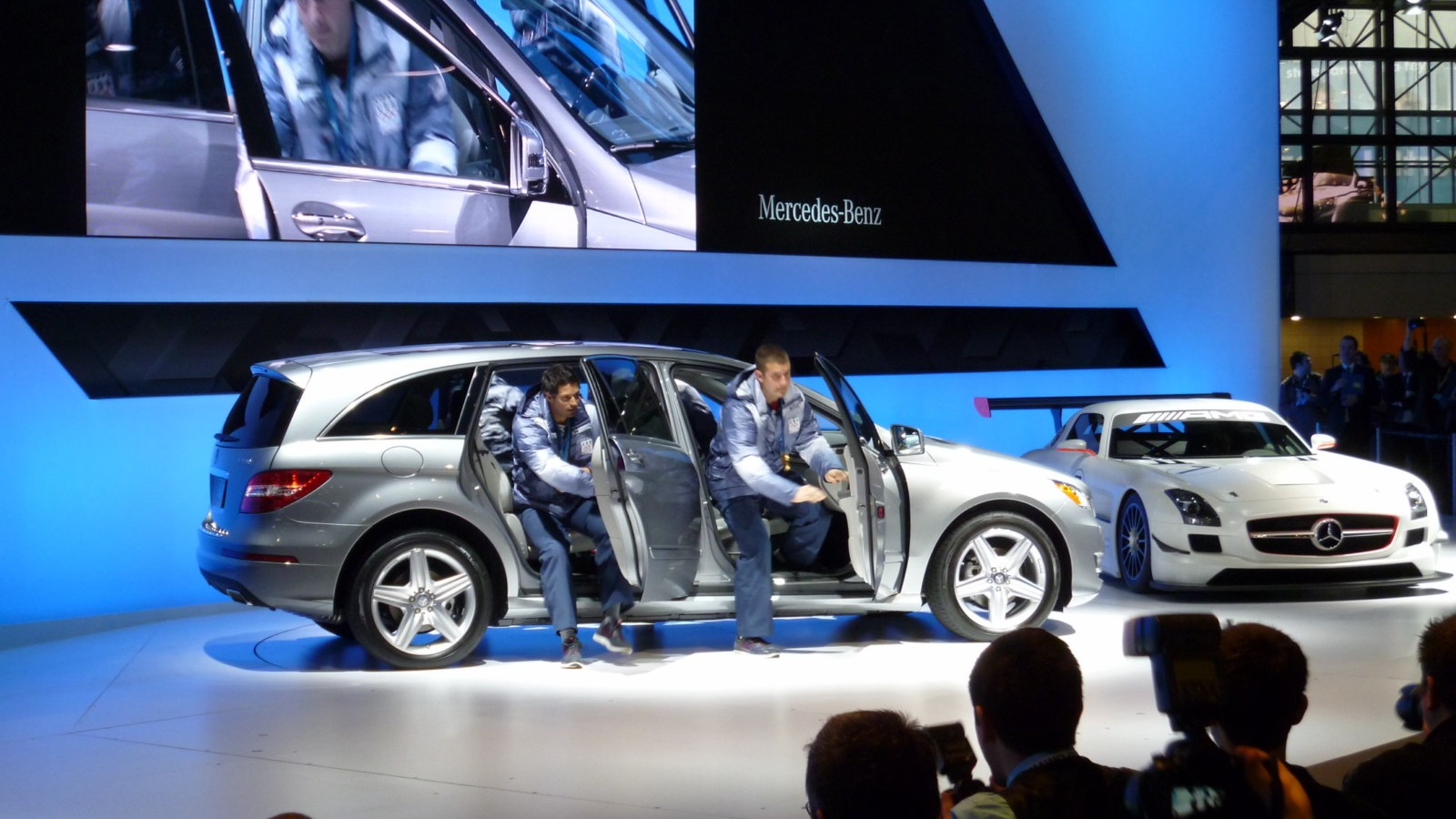 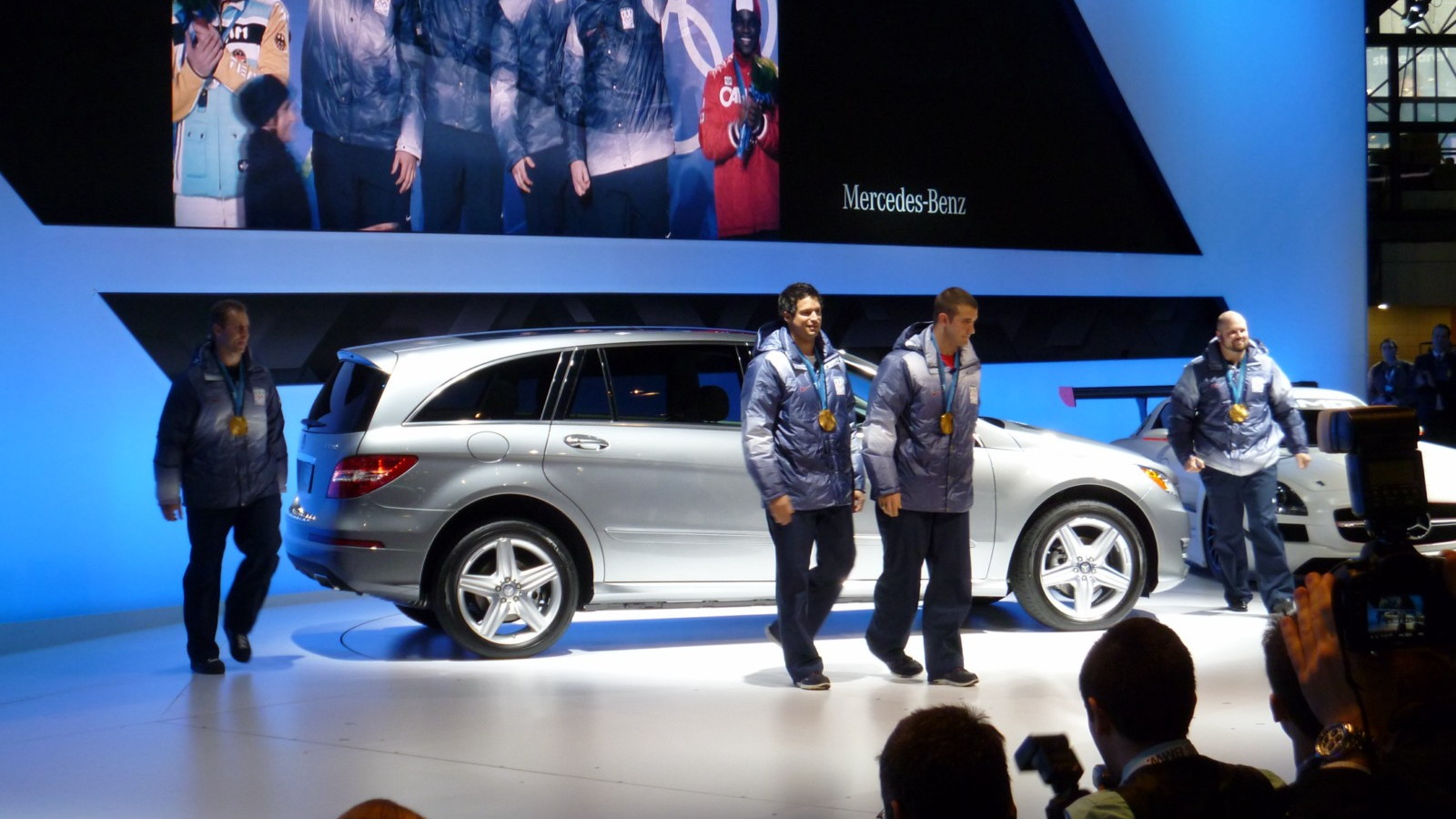 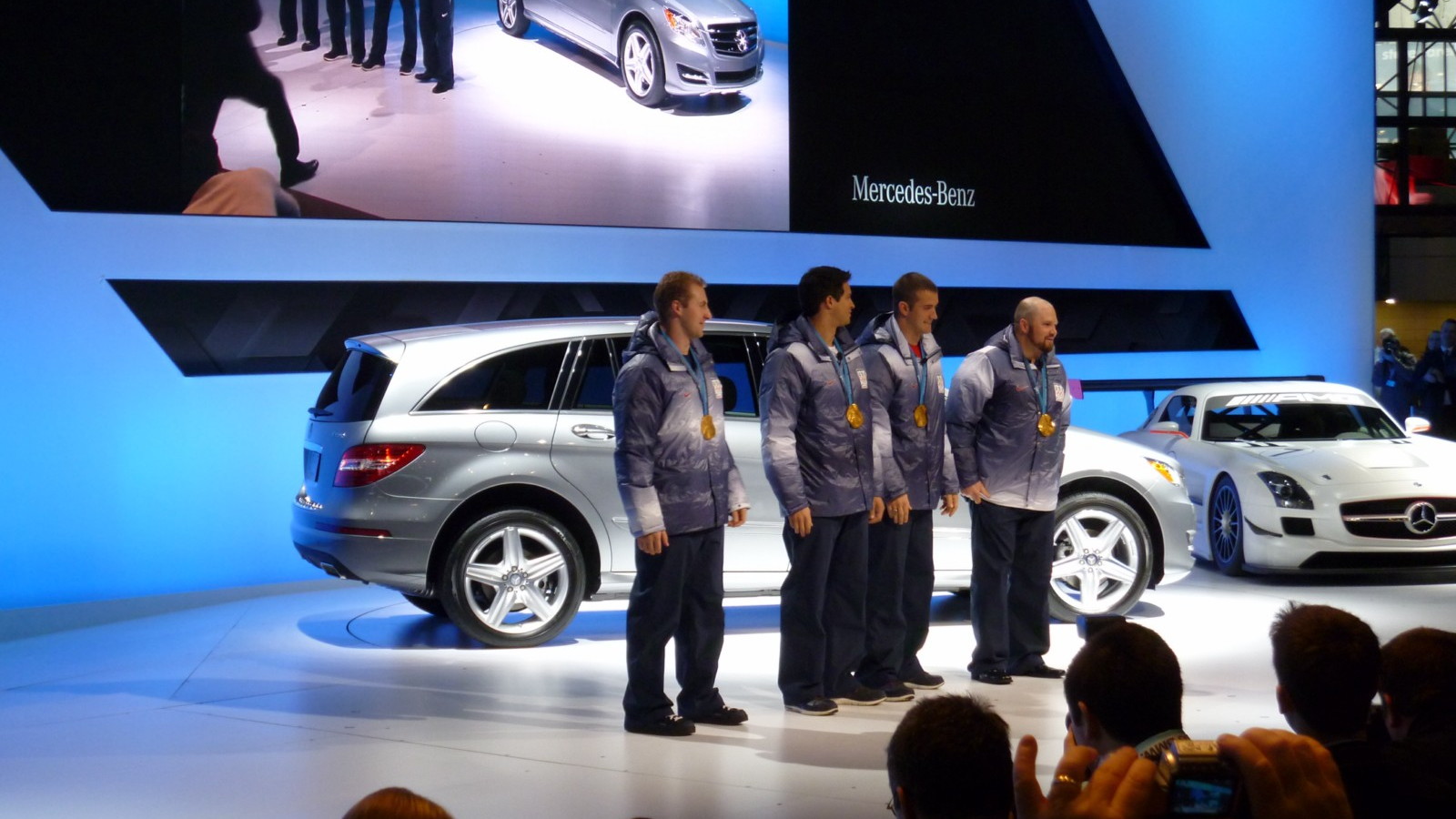 The Mercedes-Benz R-Class hits a different split for its crossover mixup: part SUV, part minivan, it's not really either one. And until this latest facelift, it wasn't really easy on the eyes, either. It's still not as attractive as the rest of the Mercedes lineup, but it's definitely much improved with a fresh facelift for the 2011 model year, as these live photos--and the U.S. Olympic bobsled team, who joined the R-Class on stage--attest.

With a choice between a 272-horsepower 3.5-liter V-6 (R350 4Matic) and a 211-horsepower 3.0-liter V-6 turbodiesel (R350 BlueTEC 4Matic), the R-Class isn't intended to set hearts alight with desire or performance, either. But Mercedes is pitching it as an SUV-tourer--a vehicle built for the American family on American roads. If they can get them to sell, maybe people will end up liking the thing--and a prettier face can only help.

Both models available in the U.S. also feature full-time all-wheel drive, offering a boost to all-weather capability, though likely at the cost of some fuel economy. Still, the diesel R-Class does well for a larger vehicle, scoring 18/24 mpg city/highway for EPA standards (estimates).