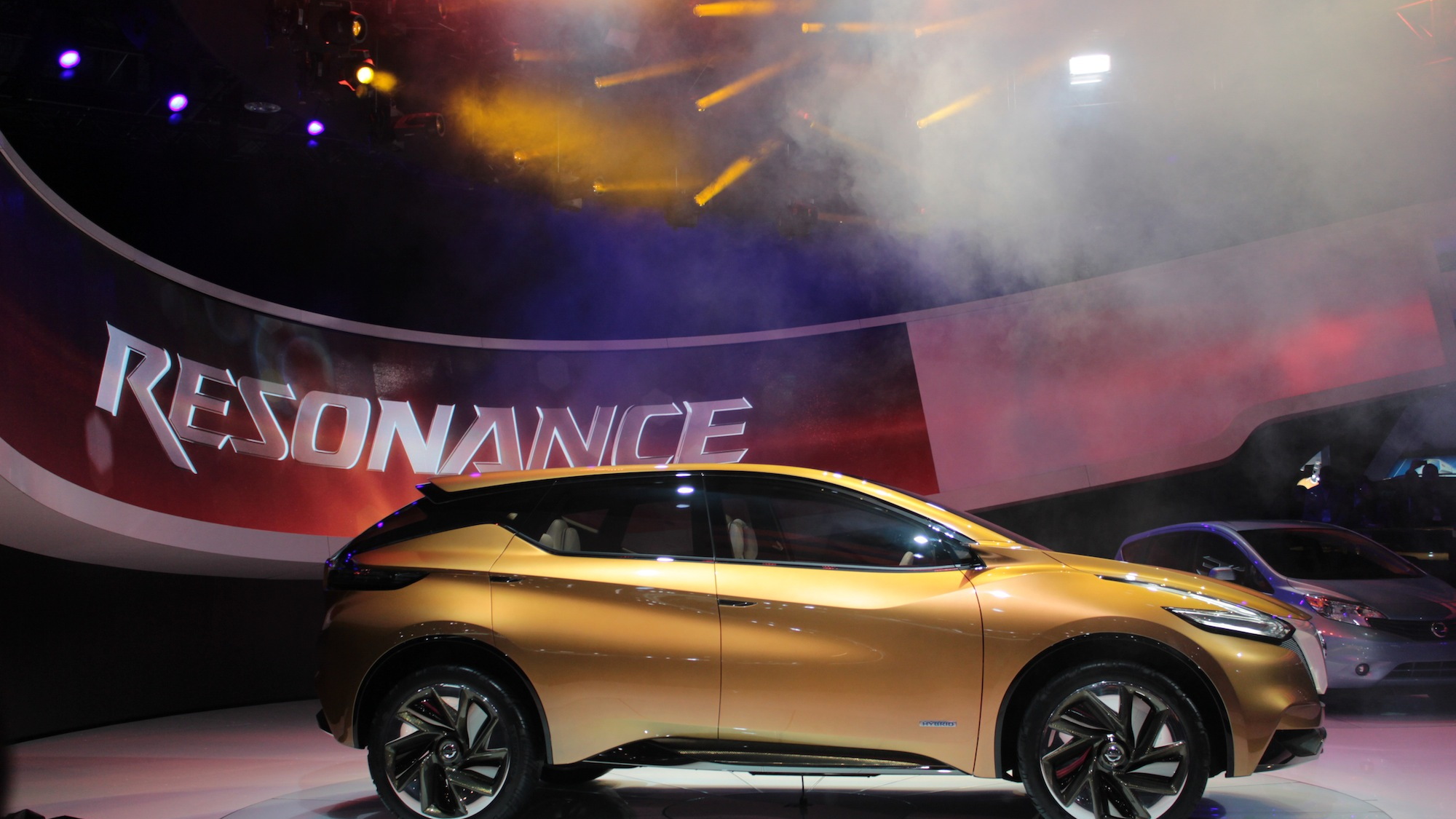 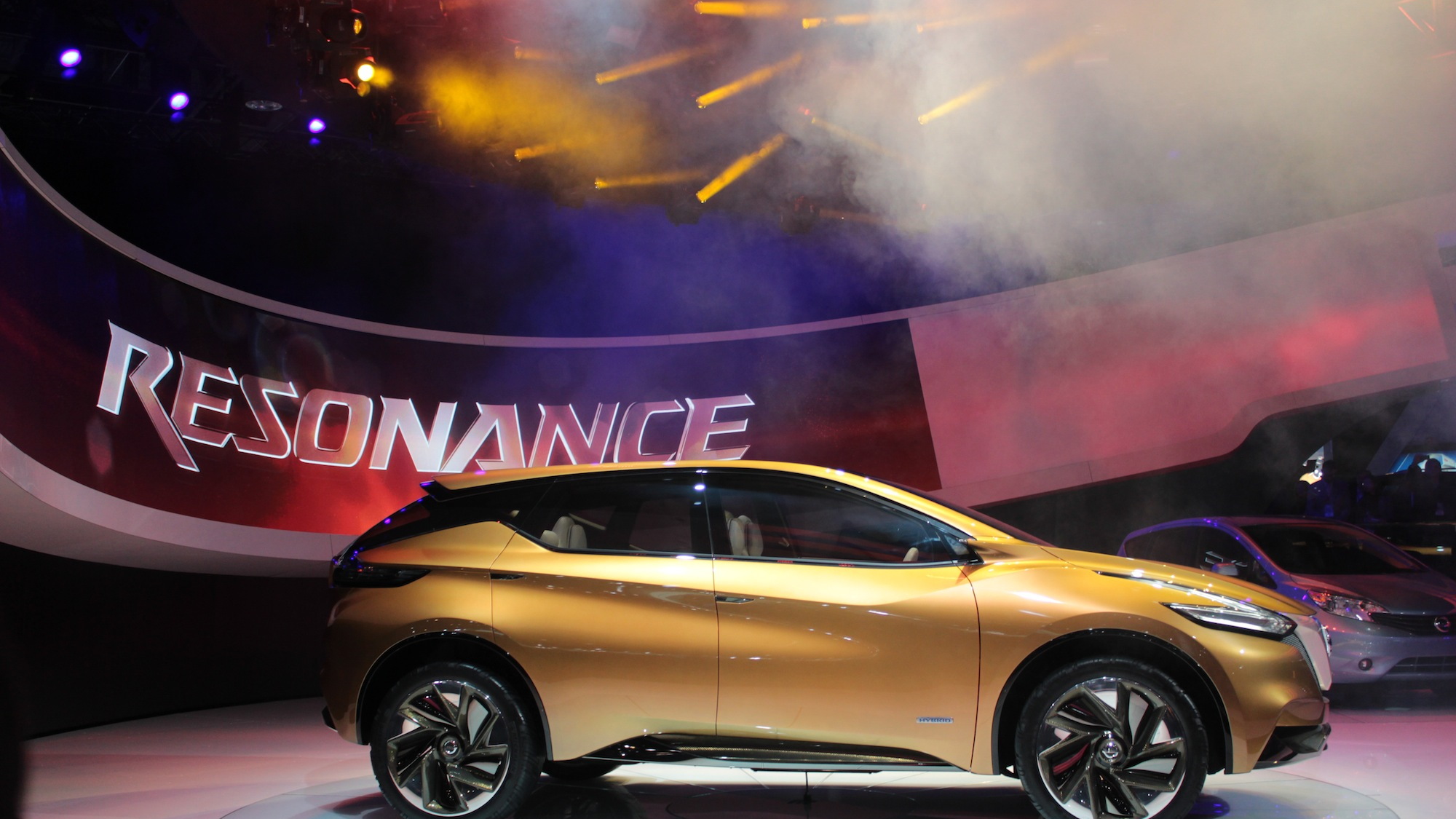 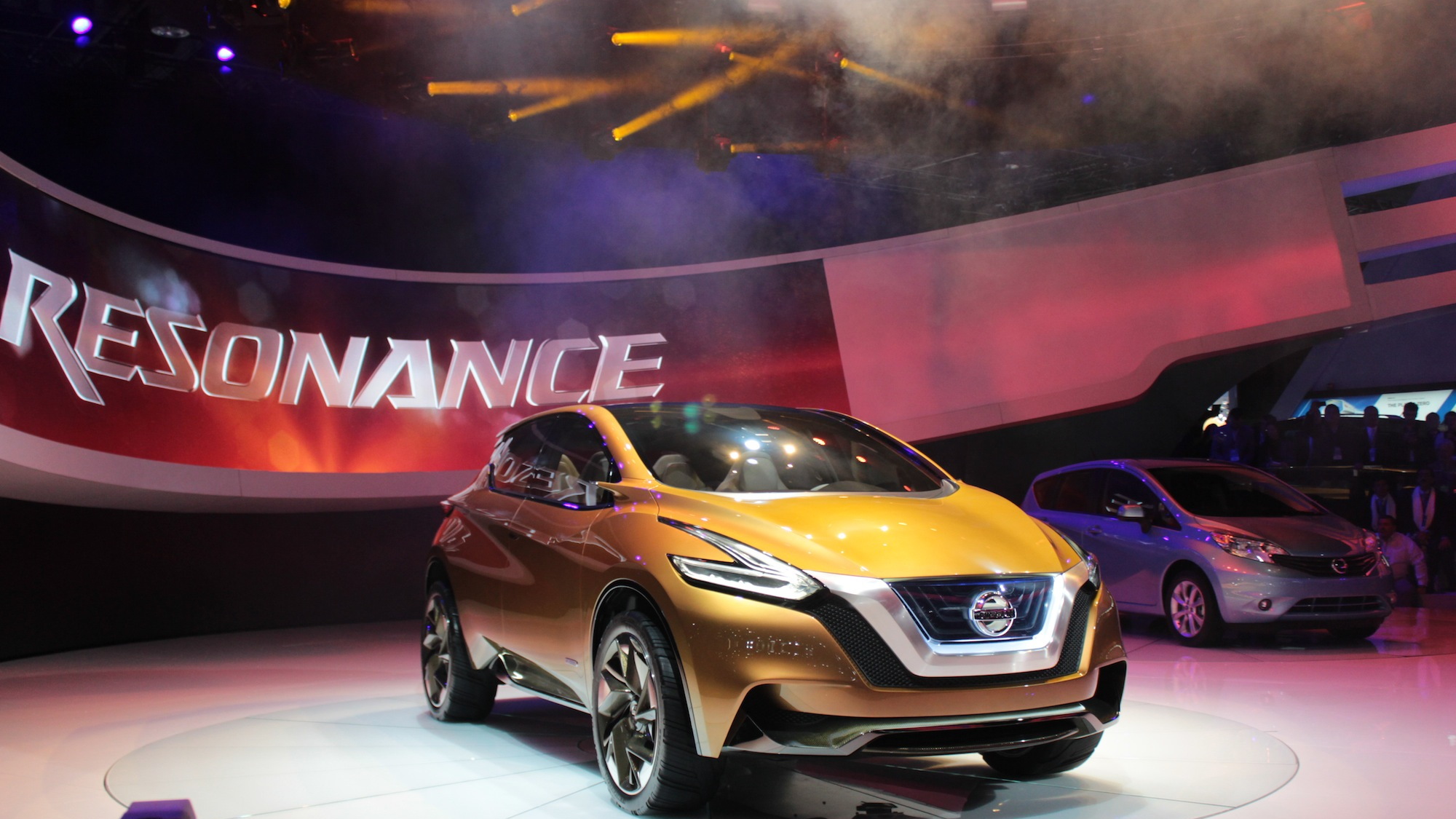 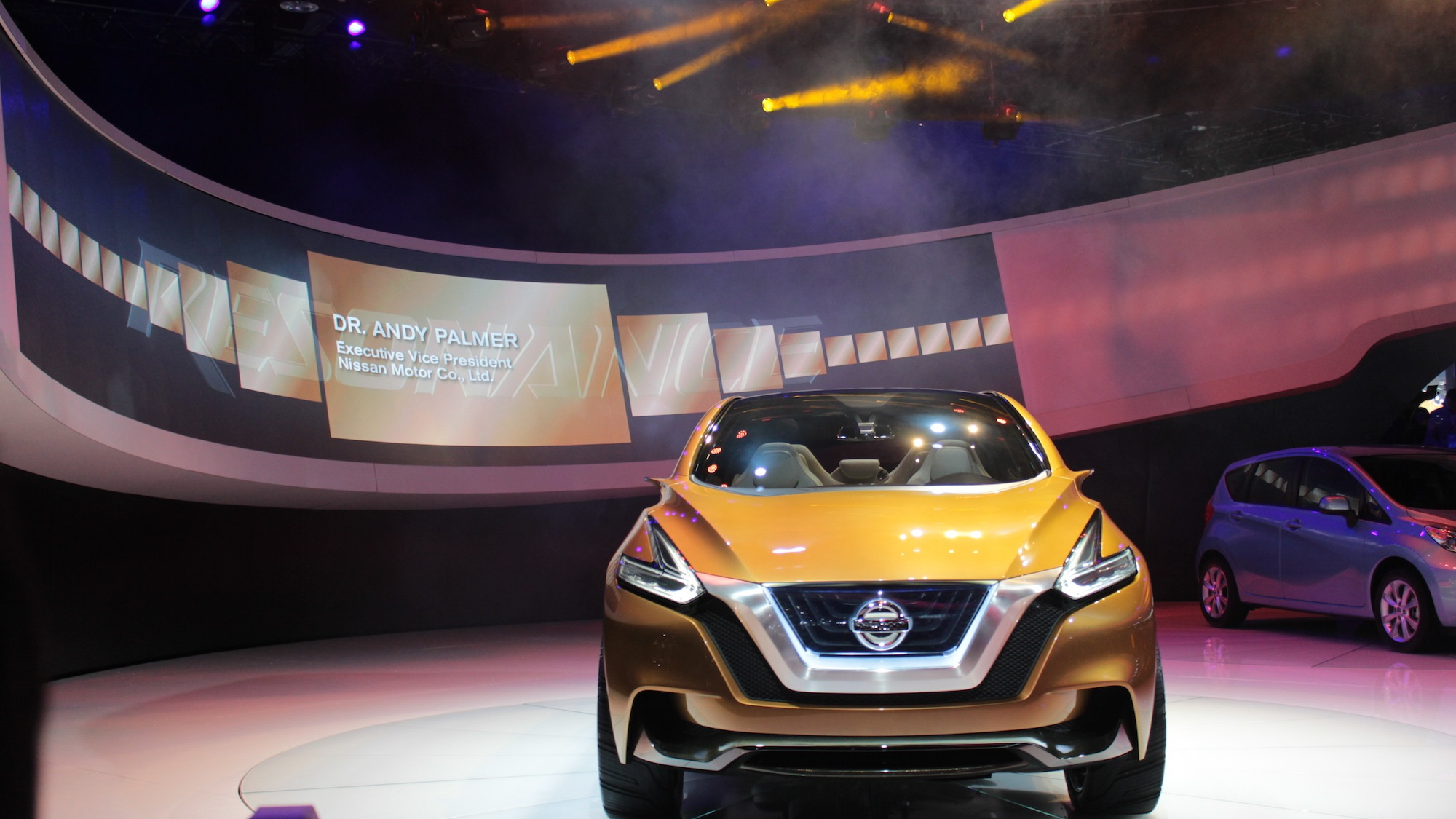 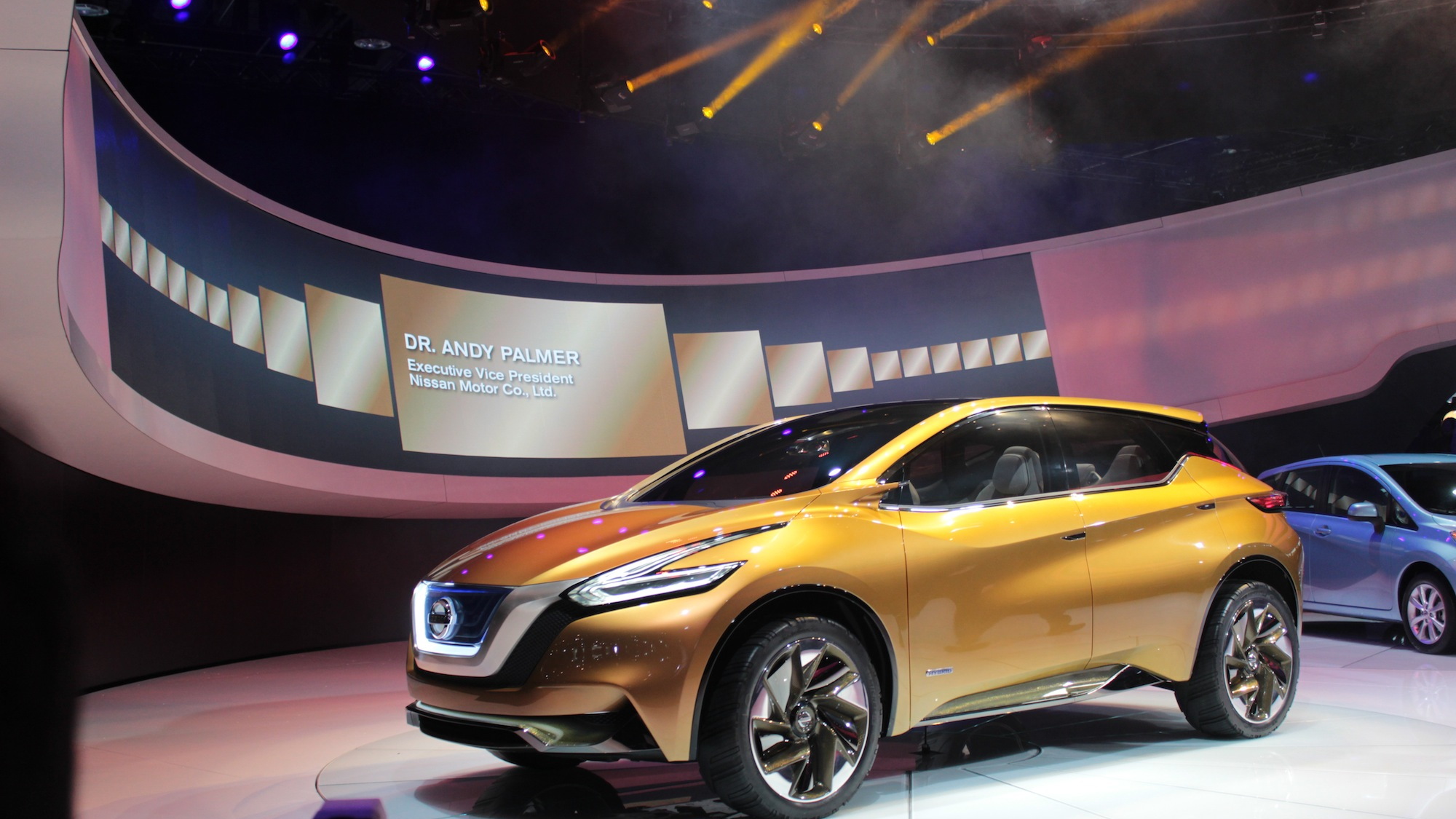 23
photos
Crossovers don’t have to be bland, something that automaker Nissan proved with its stylish Murano and Murano Cross Cabriolet models. Abandoning the utilitarian box-on-box styling traditionally favored by SUVs and crossovers, the Murano was one of the first such vehicles that customers bought because of its style, not in spite of it.

That said, the Murano is getting up in years, with the current design dating back to 2009. It’s smaller brother, the Nissan Rogue, has a design that goes back one year further, so clearly the time is right for a new design infusion from Nissan.

Enter the Resonance concept, revealed today at the Detroit Auto Show. Nissan says the futuristic model signals the global styling direction of Nissan crossovers, inspired by what the automaker is calling the “innovation era.”

Styled at Nissan Design America in San Diego, California, under the direction of senior vice president Shiro Nakamura, the Resonance emphasizes an aerodynamic look that’s meant to come across as both lightweight and protective.

Up front, the Nissan calls the concepts lines “V-Motion,” which begins at the grille and sweeps upward across the hood. Thin and steeply-raked A-pillars give the panoramic glass roof a “floating” appearance, meant to convey a feeling of spaciousness to passengers.

The concept’s design is further enhanced by its Flare Orange color and oversized 22-inch wheels, which add to the crossover’s muscular appearance. Satin chrome trim is an appreciated alternative to the typical gleaming brightwork, too.

The Resonance features a hybrid drivetrain consisting of a 2.5-liter four-cylinder engine and a combination electric motor / generator linked to Nissan’s Xtronic continuously variable transmission. To reduce the size of the battery pack, the Resonance relies on a compact laminated lithium-ion battery with intelligent charging control.

The futuristic theme carries over to the Resonance's interior, too, where the instrument panel “floats” on the console. Infotainment functions are graphically layered, presenting a holographic appearance with the most critical functions and displays represented in the top layer.

How much of that “amazing experience,” inside and out, will be ported over to the next Murano (and, presumably, the next Rogue) remains to be seen.

Want more news and live images from the 2013 Detroit Auto Show? You'll find both on our dedicated show page.