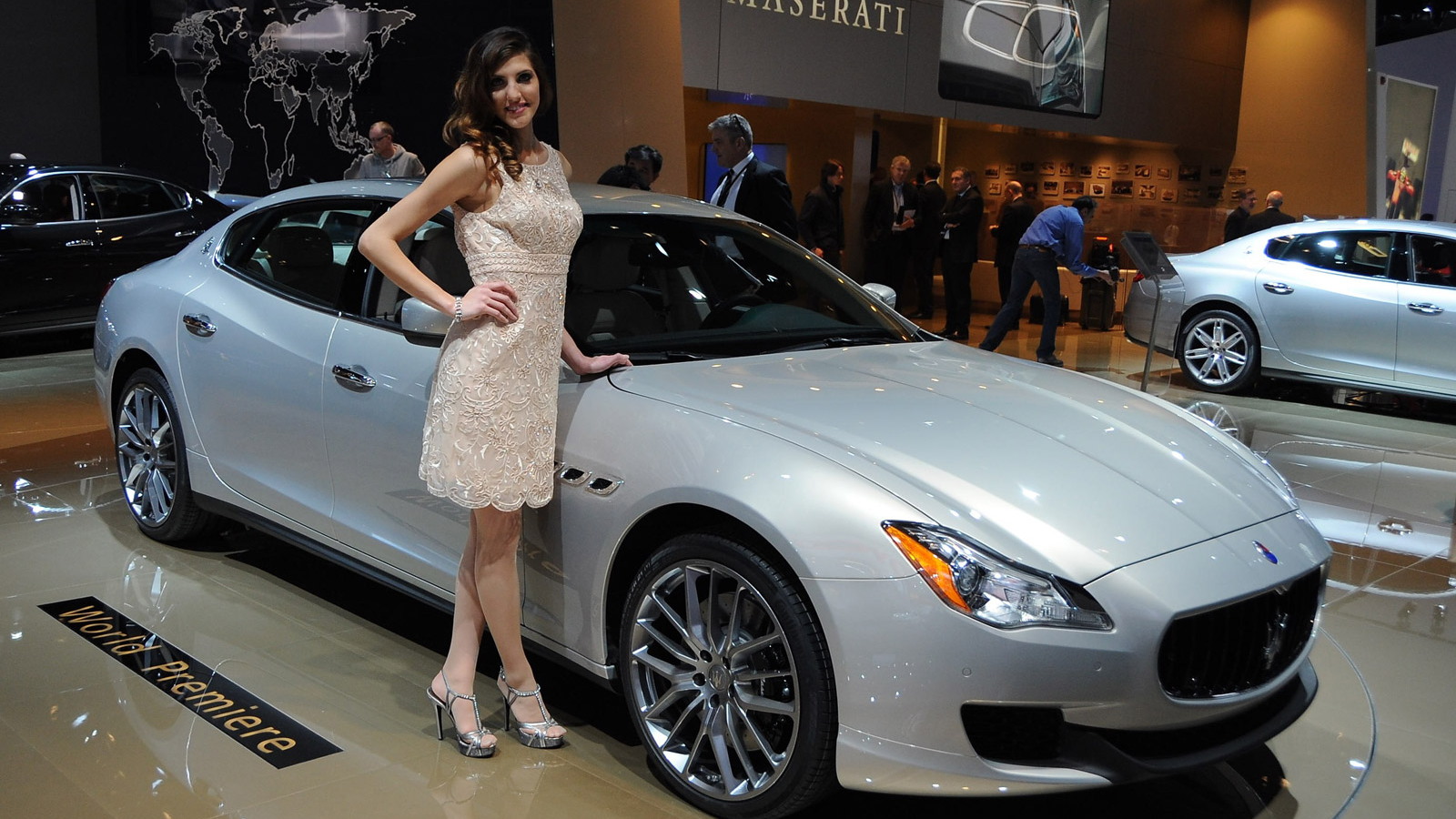 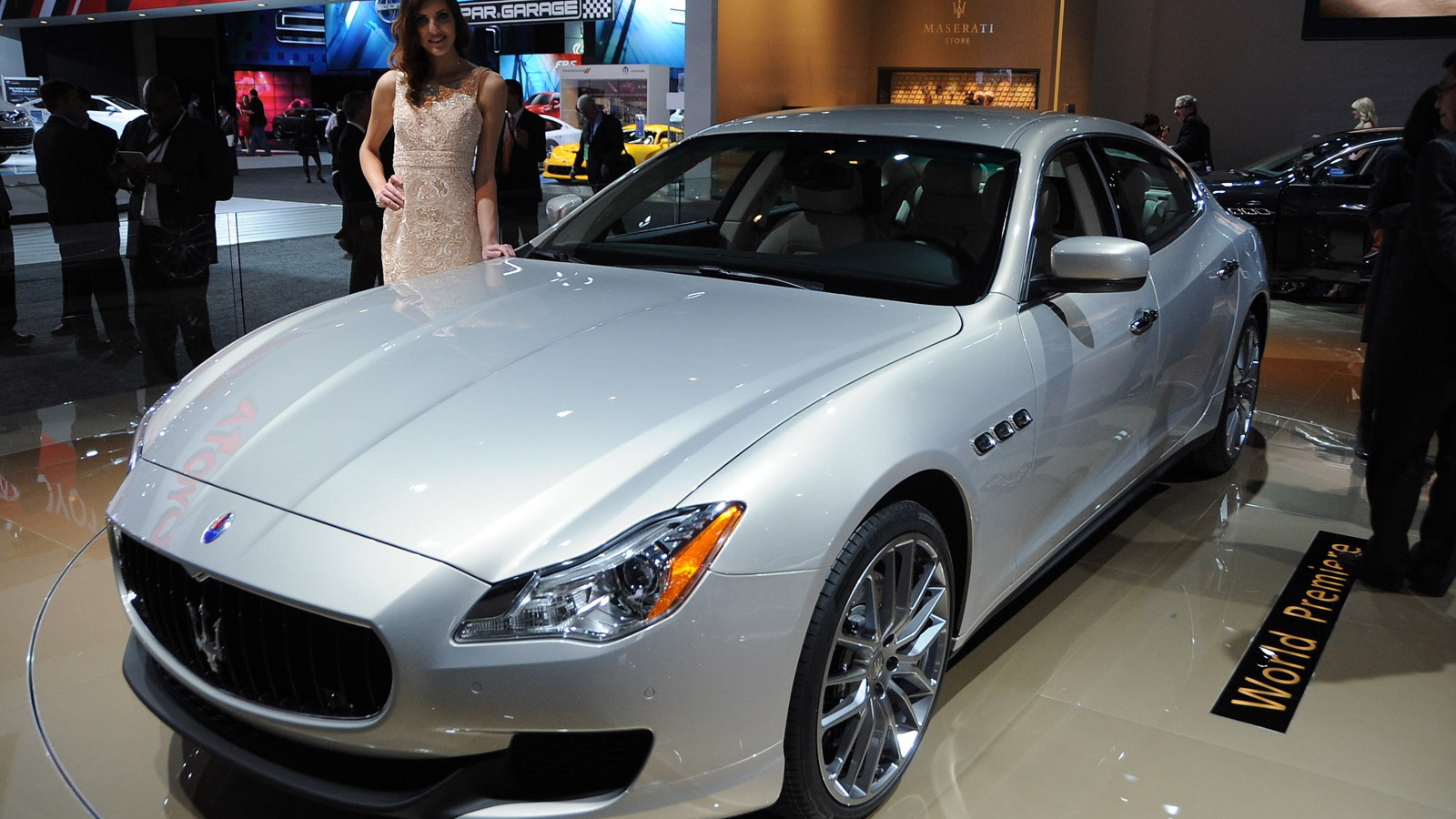 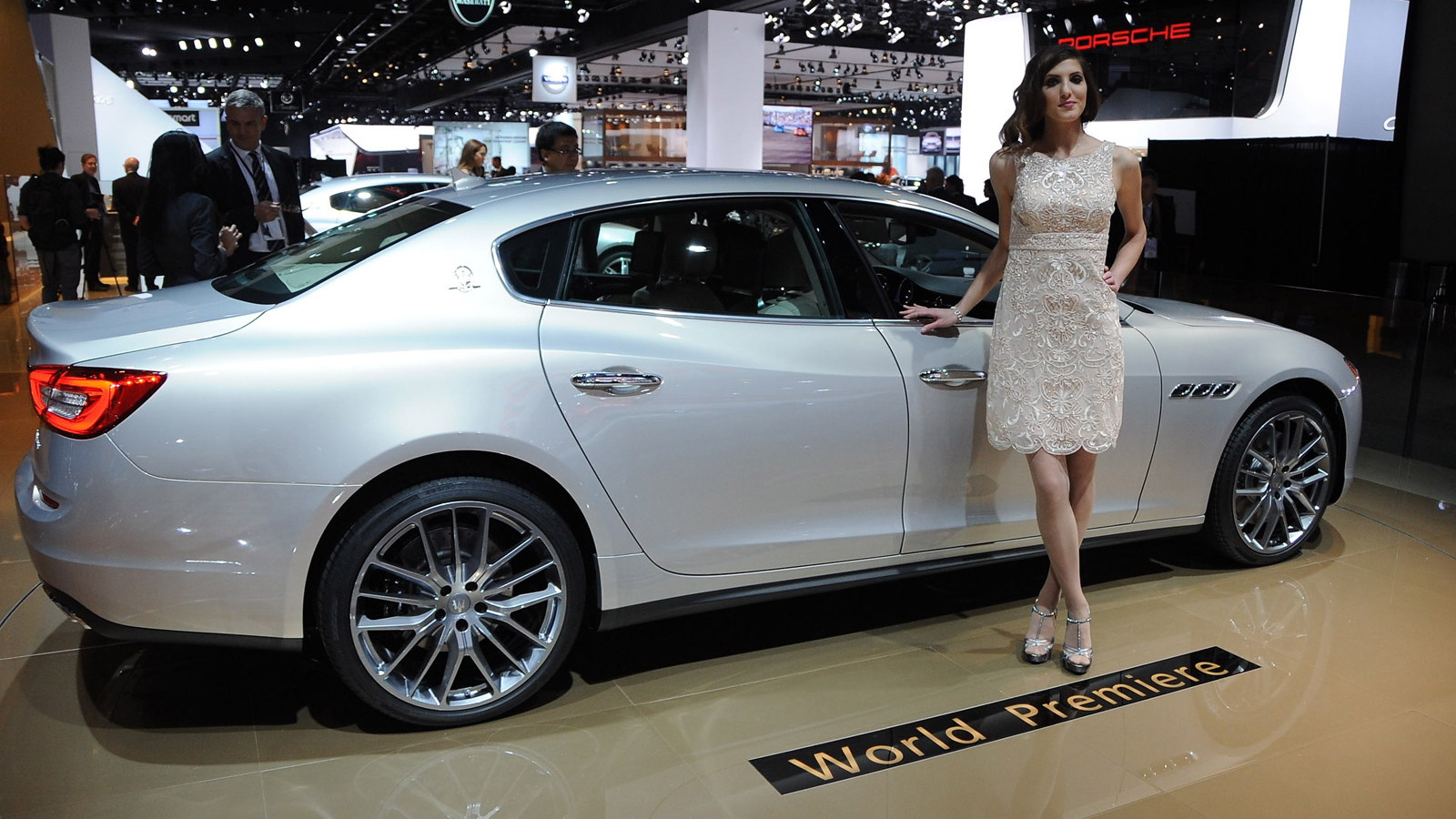 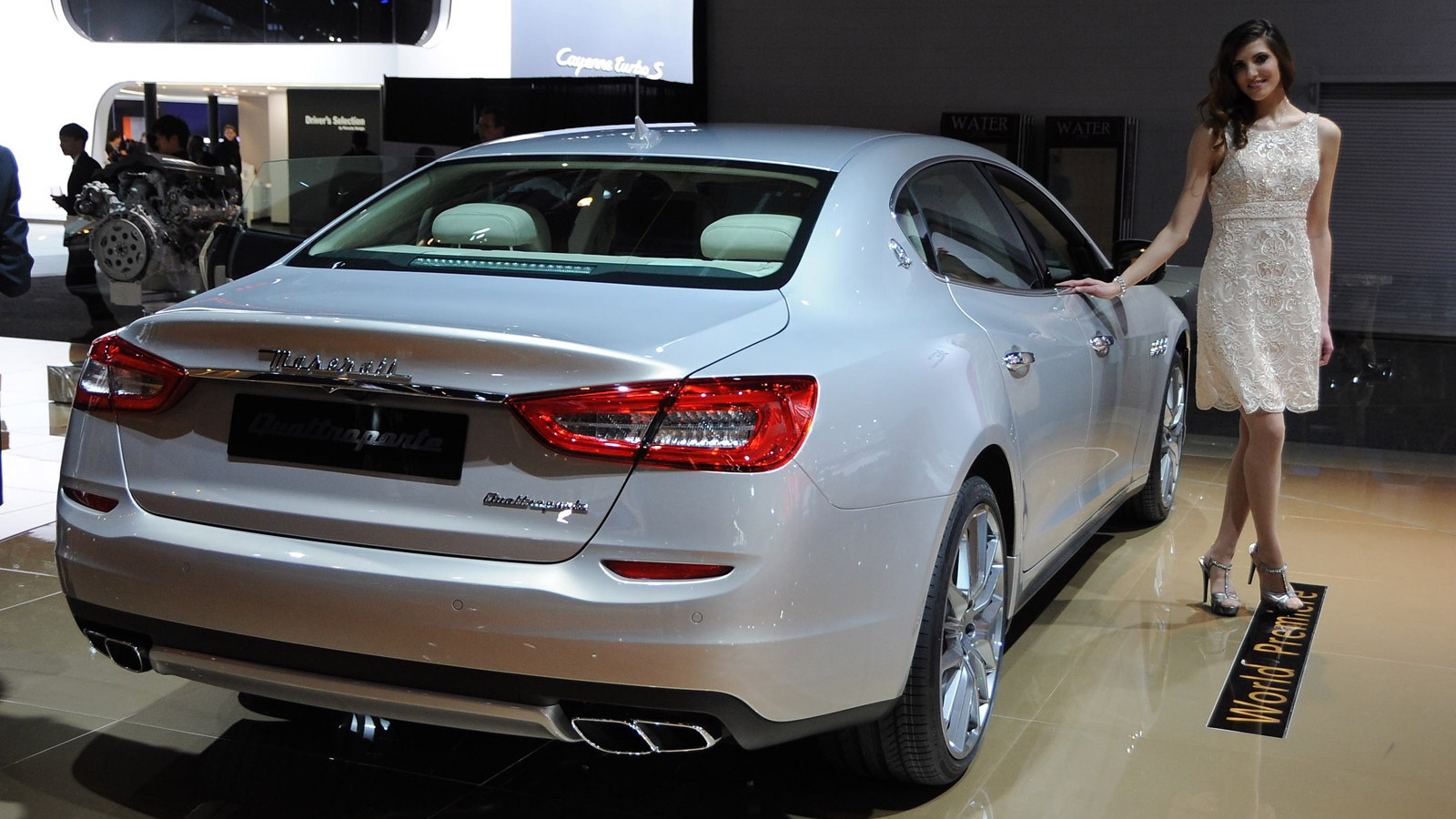 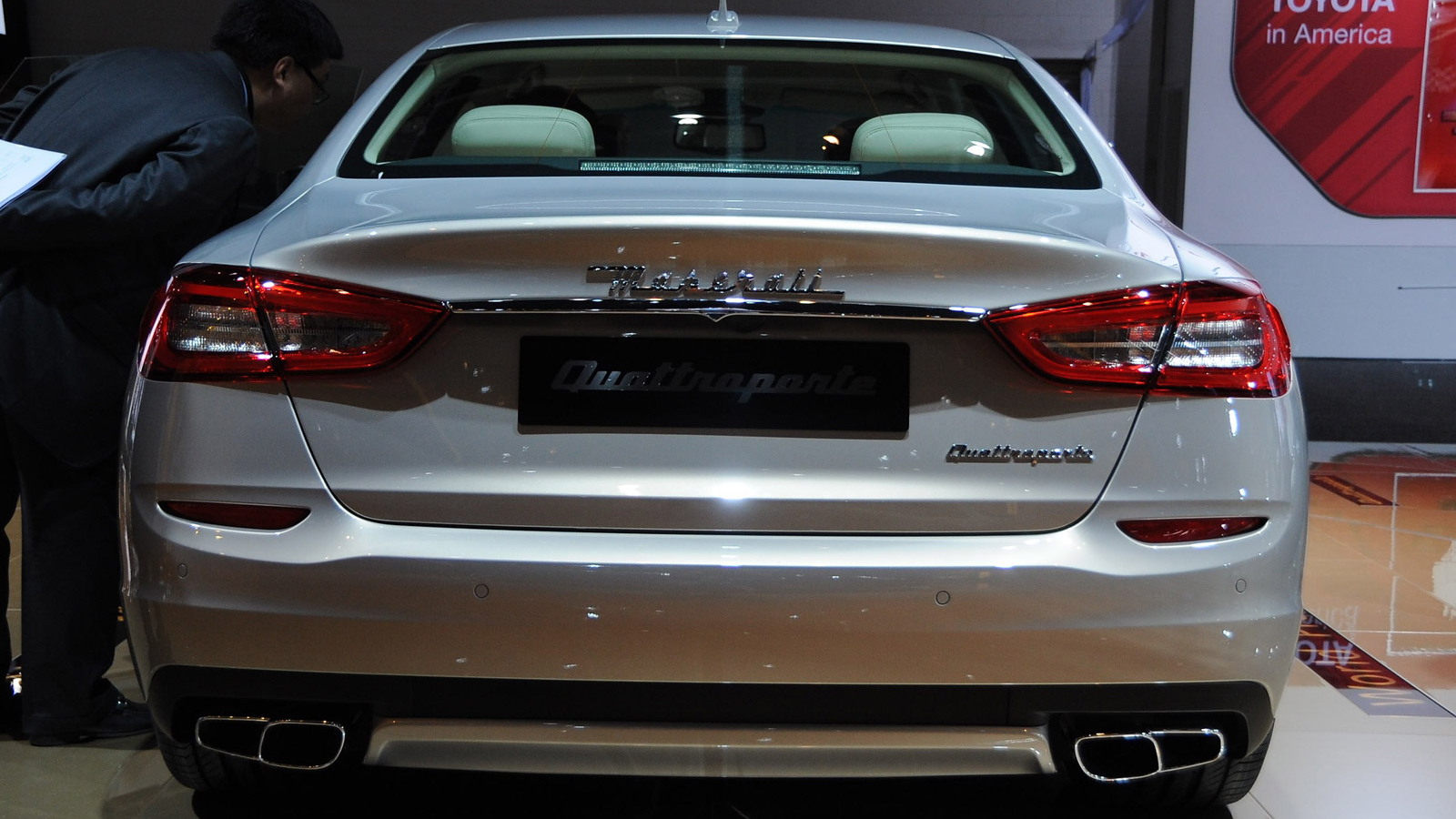 The 2014 Maserati Quattroporte, the sixth generation of the Italian flagship sedan, has finally made its world debut at the 2013 Detroit Auto Show, and we now have all the pretty live shots plus a video.

The latest Maserati four-door is roomier, lighter and quicker than before, even in its base trim. And it’s also available with all-wheel drive for the first time, which should prove popular across the Snowbelt states.

Two engine options have been announced so far, a V-6 and a V-8, and it’s almost certain a V-6 diesel will eventually be offered for buyers in fuel-conscious Europe.

The most powerful of the engines is the V-8, which benefits from direct fuel injection and a twin-turbocharging system. It’s rated at 530 horsepower and 479 pound-feet of torque (523 pound-feet with Overboost) and will rocket the big sedan from 0-60 mph in 4.7 seconds and see it reach a supercar-like top speed of 191 mph. It's also said to be 20 percent more efficient.

An eight-speed automatic with paddle shifters is fitted across the board.

This sixth generation of the Quattroporte is a significant leap forward that not only sets a high benchmark for Maserati's upcoming range of all-new models, but also remains faithful to the trident brand’s long history of luxury sports sedans. Look for the car in showrooms this spring.

For our full coverage on the Quattroporte, click here, and for more from the 2013 Detroit Auto Show, click here.