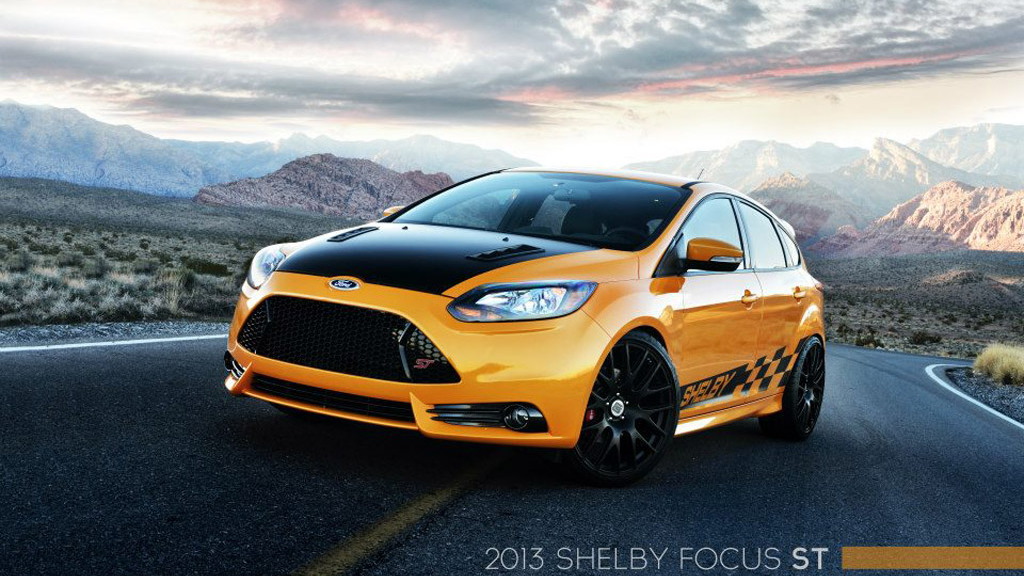 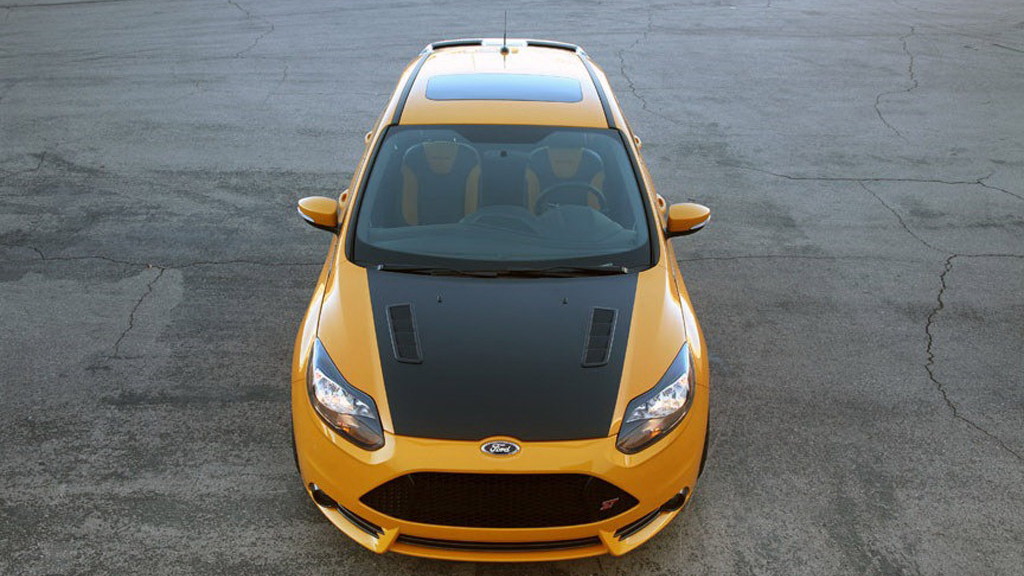 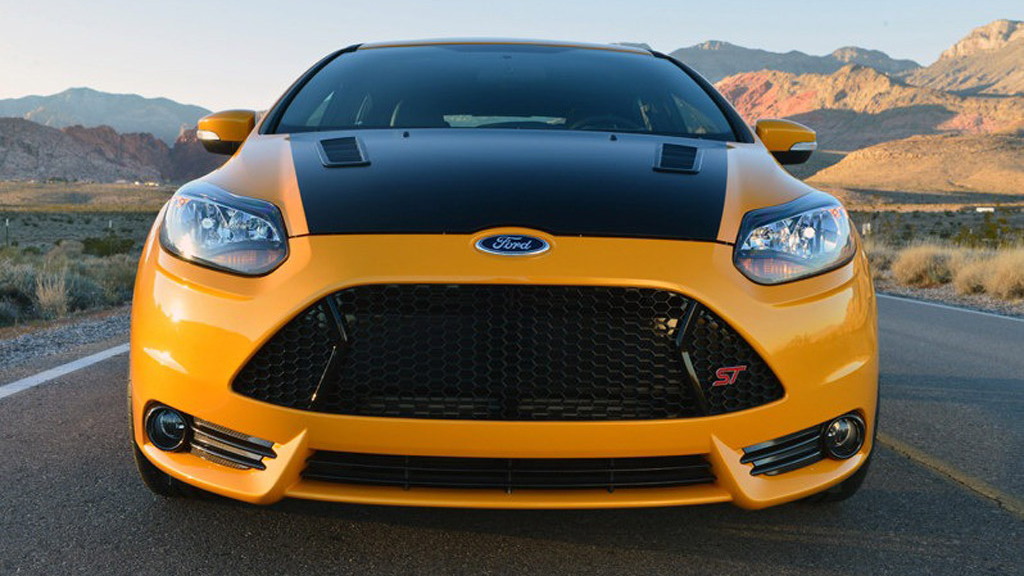 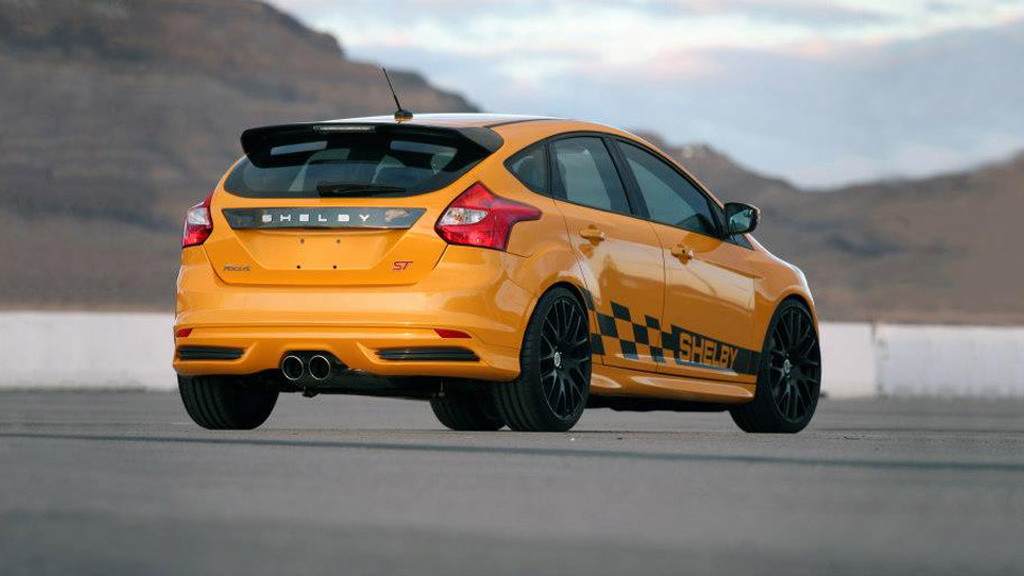 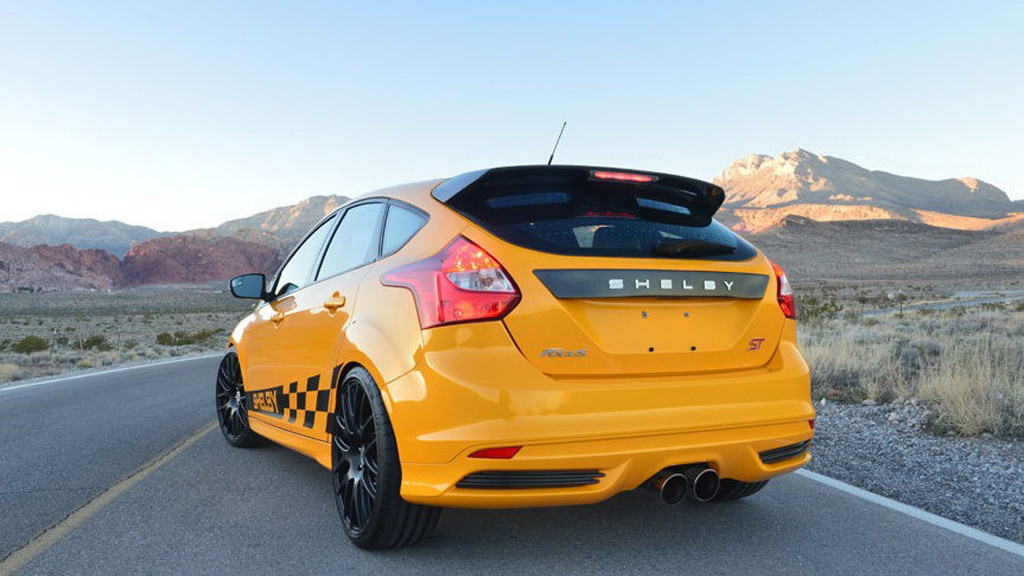 7
photos
It’s not quite the EcoBoosted Shelby we were expecting, but the legendary American tuner formed by the late Carroll Shelby has stayed true to its word, unveiling at this week’s 2013 Detroit Auto Show a new product powered by one of Ford’s fuel-efficient EcoBoost engines.

That new product is the 2013 Shelby Focus ST, which is based on one of our favorite cars here at Motor Authority, the Ford Focus ST.

Shelby engineers haven’t turned up the wick on the car’s turbocharged and direct-injected 2.0-liter four-cylinder engine just yet, though they have added a host of performance upgrades that should make the already capable Focus ST just that much better.

Shelby still quotes the stock Focus ST’s 252-horsepower rating, and says the car will still deliver up to 40 mpg. For those expecting more, Shelby has confirmed it is developing new power upgrades.

So you don’t mistake the Shelby Focus ST for a stock version, the car is also offered with a trio of graphics packages that feature traditional Shelby details such as racing stripes and new checkered flag patterns. There’s also a vented hood, functional rear spoiler and custom trim on the seats.

Shelby plans on building just 500 examples per year, and each of these will be listed in the official Shelby registry under a unique serial number.

If you’re interested, you better give the guys at Shelby a call soon as we’re sure lengthy waiting lists will form quickly. Pricing starts at a very reasonable $38,695, or just $14,995 if you already own a Focus ST.