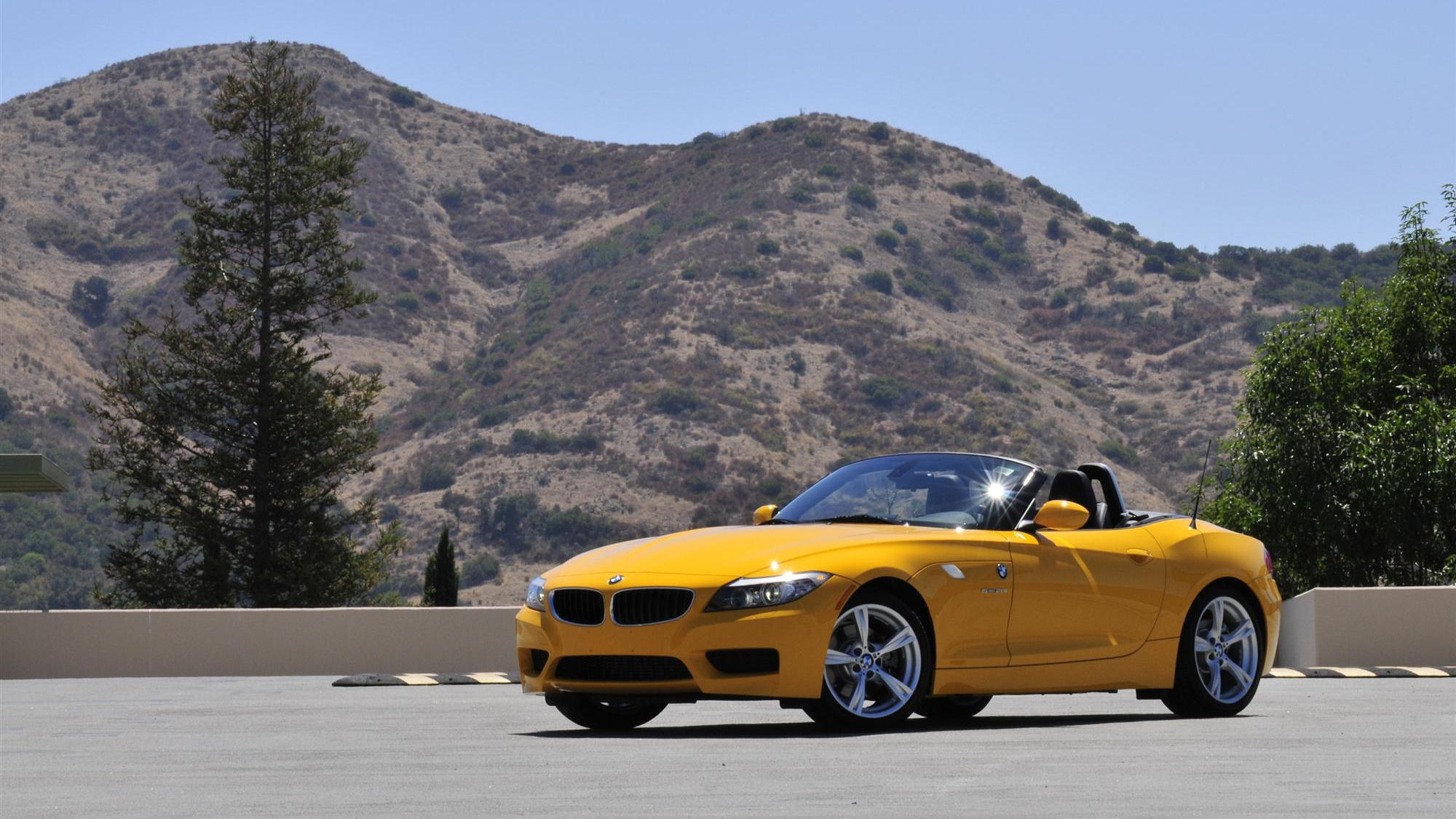 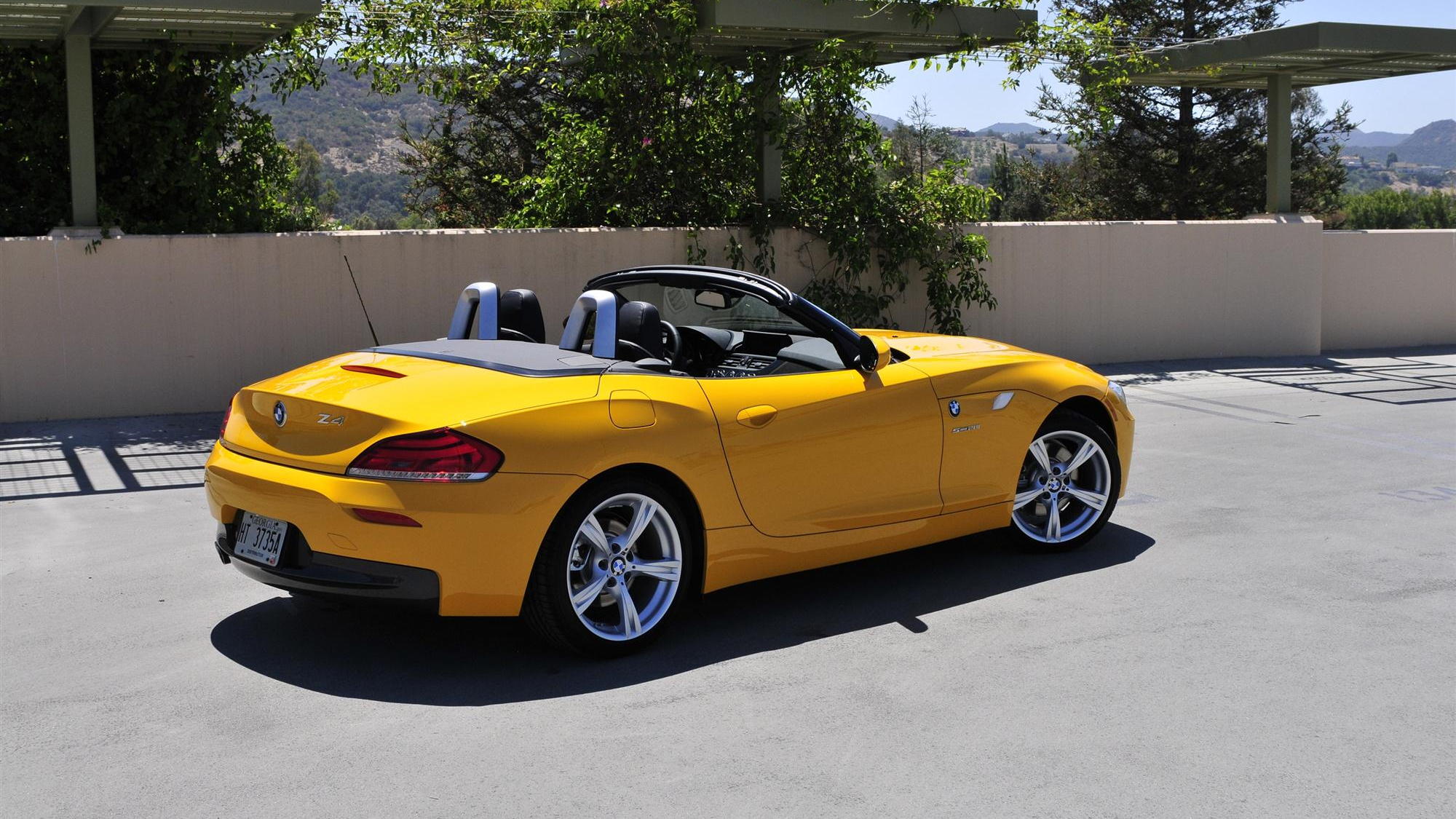 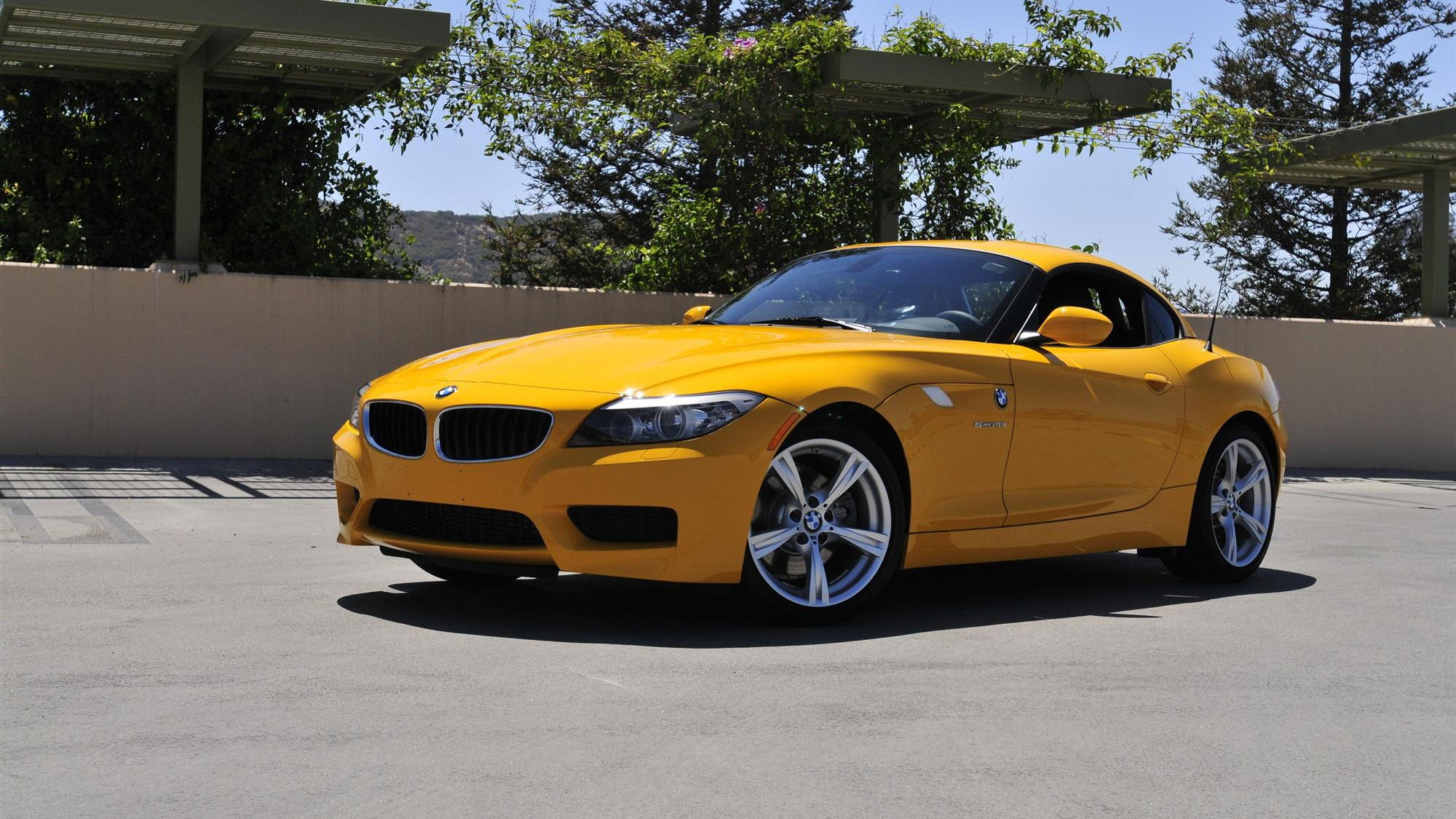 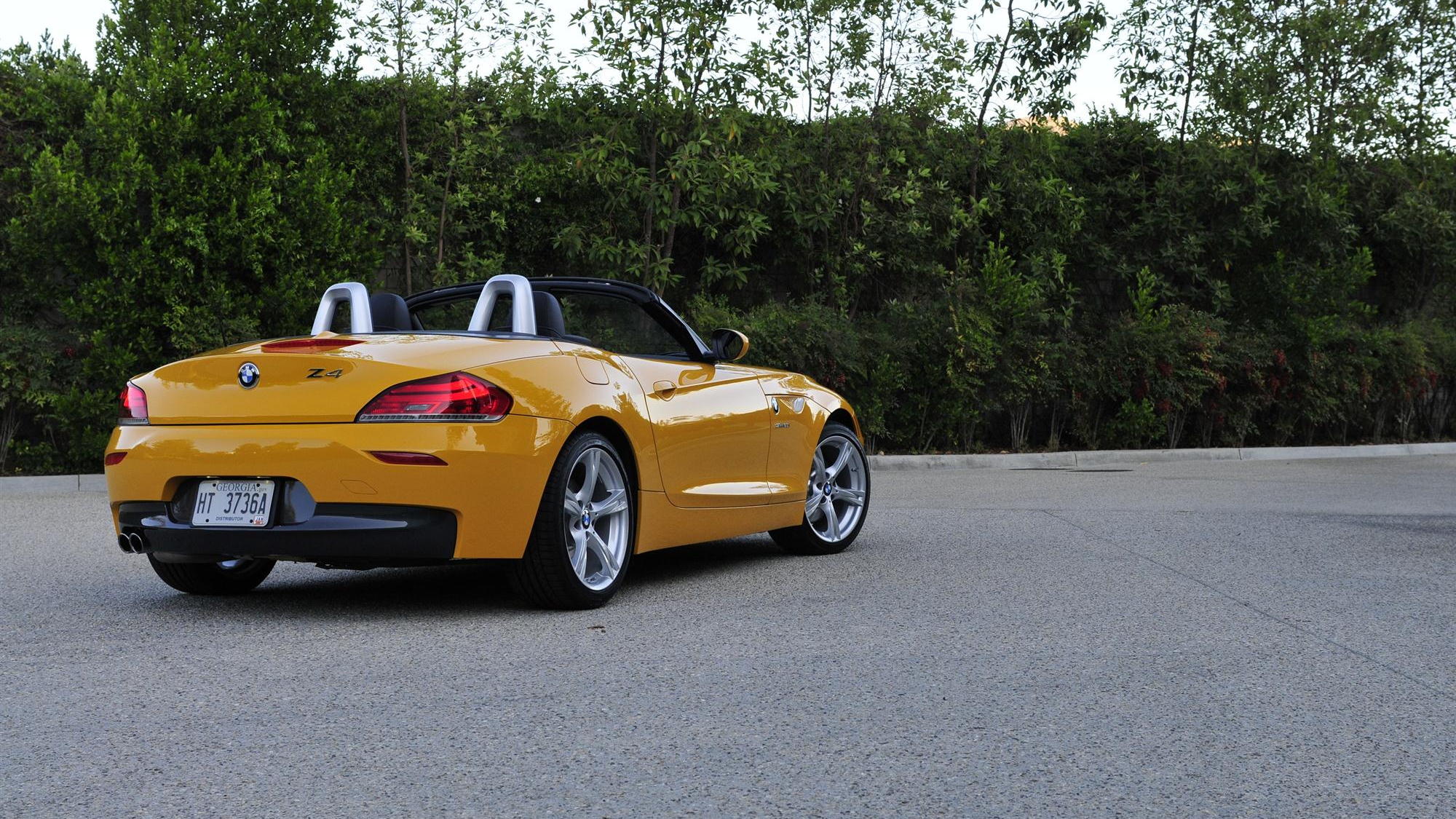 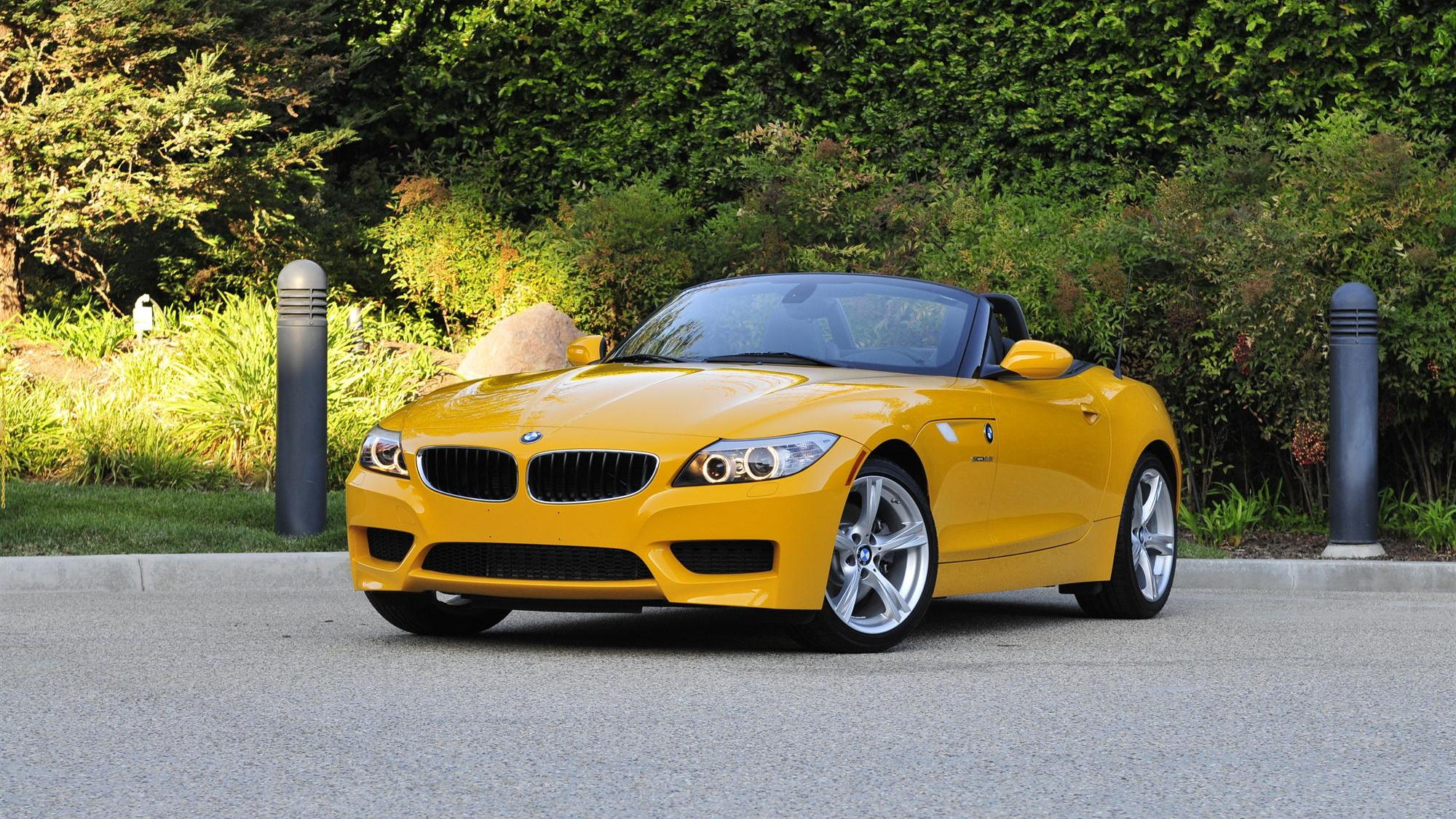 The venerable BMW inline six-cylinder is, and has long been, one of our favorite engines. But for 2012, it's being replaced, in naturally aspirated guise, with a turbocharged four-cylinder. Blasphemy? Sorry, no. Not at all.

That's right: The turbo four-cylinder in the 2012 Z4 sDrive 28i is a worthy replacement to the naturally-aspirated inline six. In fact, it might even be more fun.

How can a tiny 2.0-liter turbo be anywhere near as much fun as a 3.0-liter inline six--especially in a luxury sport roadster? The answer comes, as it usually does with BMW, in the engineering.

Strapped to the exhaust side of the little four-banger is a very, very compact exhaust manifold with a small but punchy twin-scroll turbo bolted alongside. The manifold gathers alternating cylinders to direct exhaust gas pulses to two different points along the twin-scroll turbine path, helping to spool the compressor that much more quickly. The results are obvious, whether you're looking at a dynograph or using the seat of your pants. There's a lot of torque from very low rpms.

All of that torque means that even though the four-cylinder turbo serves up about 15 fewer peak horsepower, there's more area under the curve, which translates to more power at any given engine speed except for the last 1,000 rpm or so--and that equates to improved acceleration in gear, quicker 0-60 mph times, and a driving experience that will have even the most die-hard of N52 fans admitting there's no reason for mourning. The turbo goes. And despite the extra hardware on the four, the engine itself comes out about 45 pounds lighter than the six, though most of that weight is found again with higher standard equipment levels across the range.

The rest of the Z4 sDrive 28i is massively improved from the previous-generation 30i, too: we drove both cars along the same stretches of highway and the difference was stark. The interior is more comfortable (especially the seats), quieter, and much more aesthetically appealing. The ride, thanks to the adjustable sport suspension, can be just as firm and snappy as its fixed-mode predecessor, but also allows you to back it off to more comfortable levels when you're looking at the scenery more than the nearest apex. Steering, in any mode, is light and communicative without vibration, dull on-center feel, or weird, unpredictable changes in power assist.

Fuel economy is another big benefit. Cruising along in sixth gear in the 28i, you'll regularly see figures well above 30 mpg, with the highway average north of that mark as well. Even more spirited driving, rowing through the gears, sees fuel economy in the low 20s, perhaps--perhaps--dipping into the upper teens if you're truly flogging it. While those numbers might not sound impressive in an age of hybrid-assist-extended-range-unicorns-and-flowers cars, those that have really put their foot into a sports car of any kind know how quickly the fuel gauge can drop. It doesn't drop that quickly in the Z4 no matter what you're doing.

In short, the 2012 Z4 sDrive28i has done something very difficult; it retains all the key traits of the car it replaces while improving the rest. For that reason alone, it's worth looking at if you're in the market for a luxury roadster, particularly if you're looking at a Z4. BMW thinks you'll agree, and is predicting the sales mix for the new base model to match the previous version: somewhere around 55-65 percent of Z4 sales.

We'll have more details on the latest addition to the Z4 fold when we get a chance to drive it for a longer period, but coming off a day rolling down California's Highway 1, we have every reason to believe a longer drive will just give us more to love.

Oh, and it sounds great too.