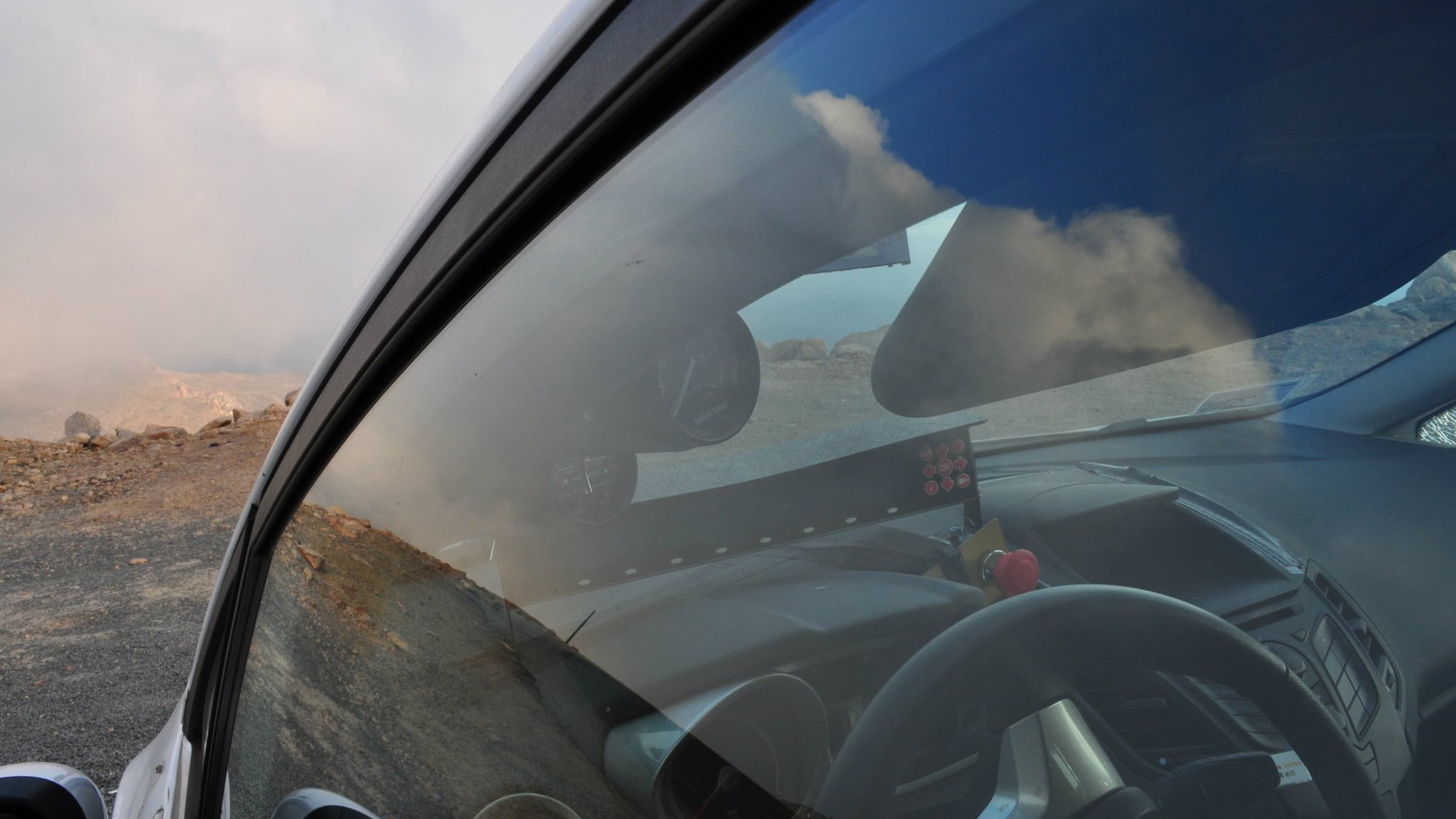 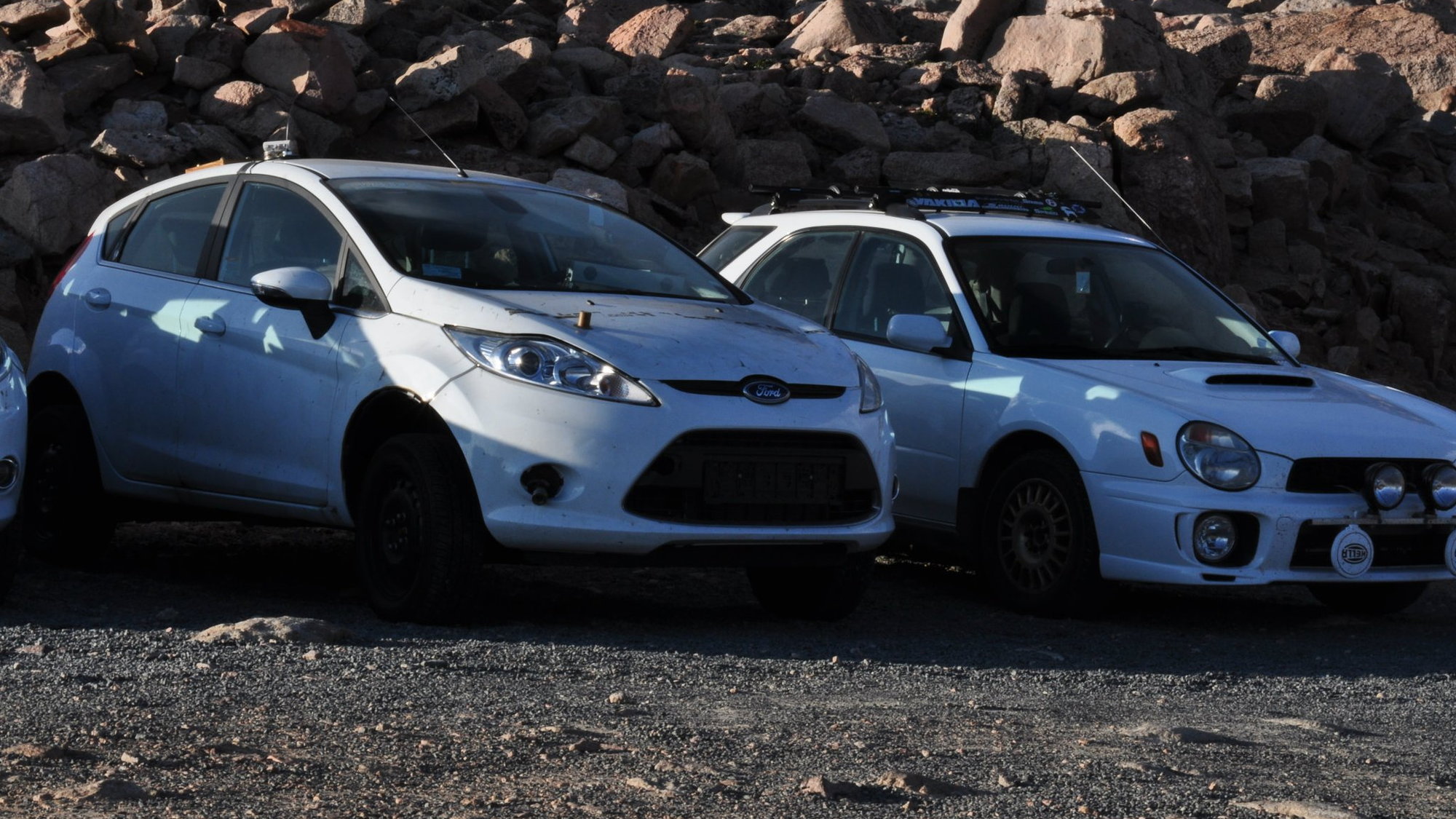 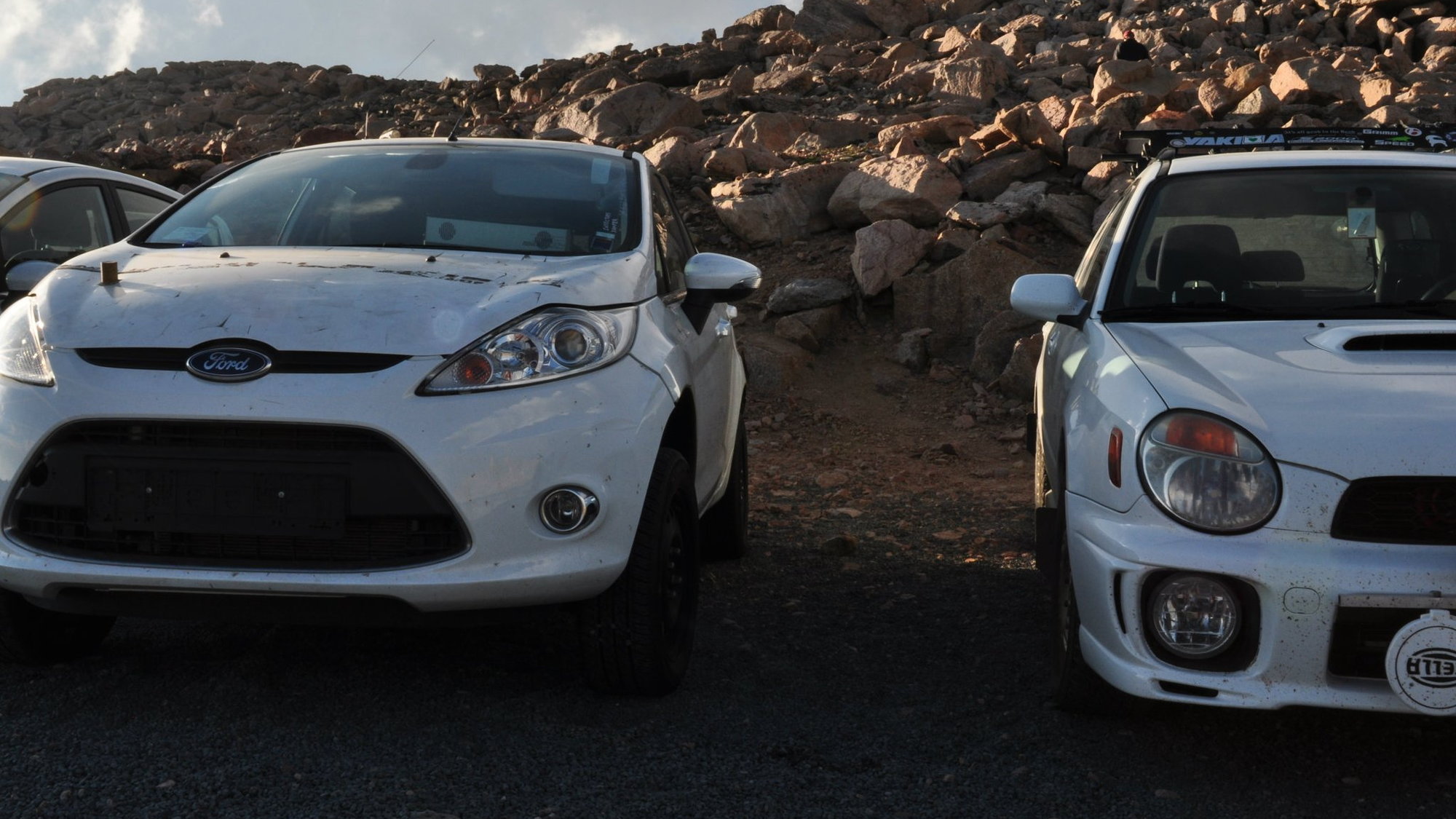 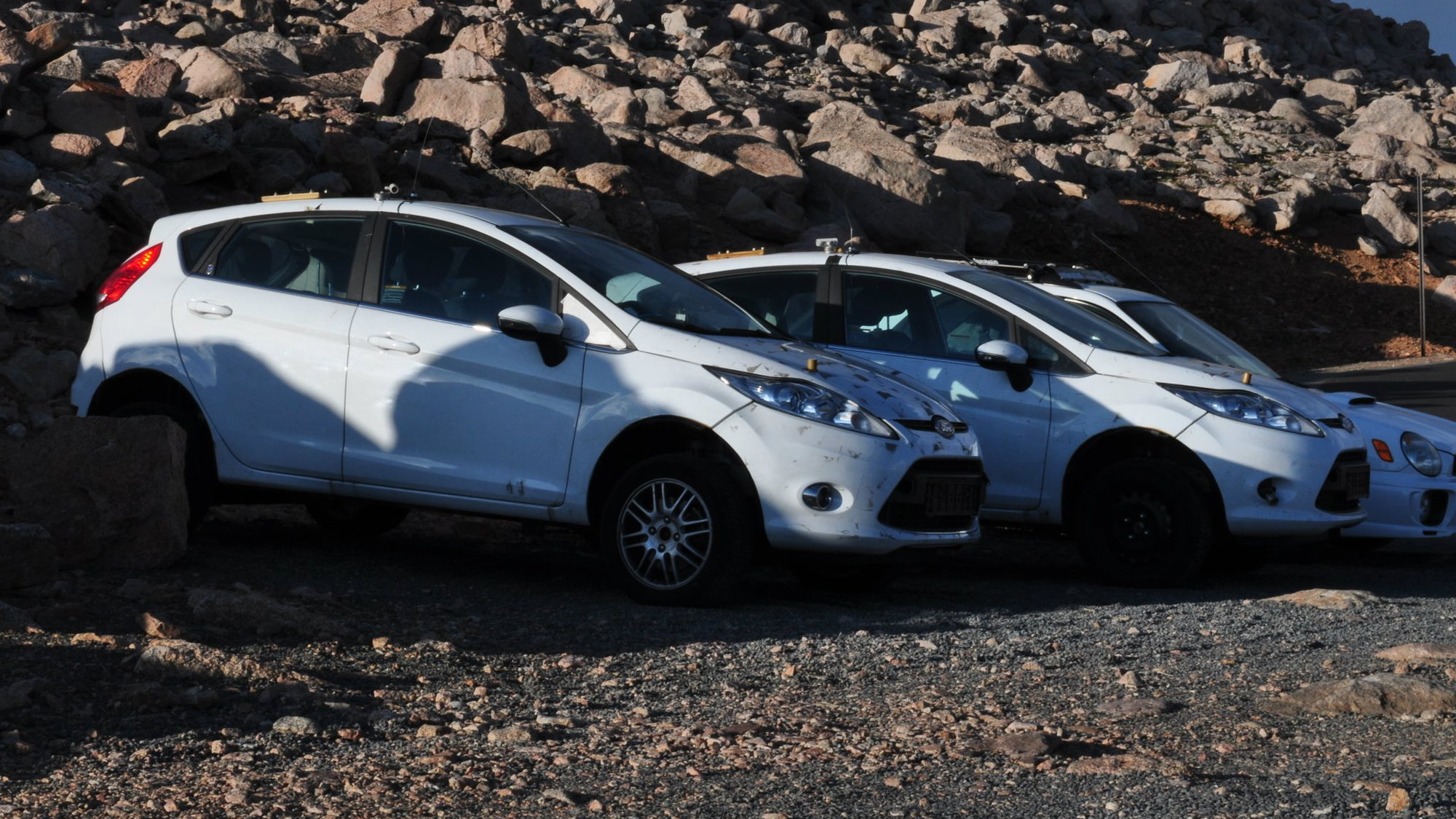 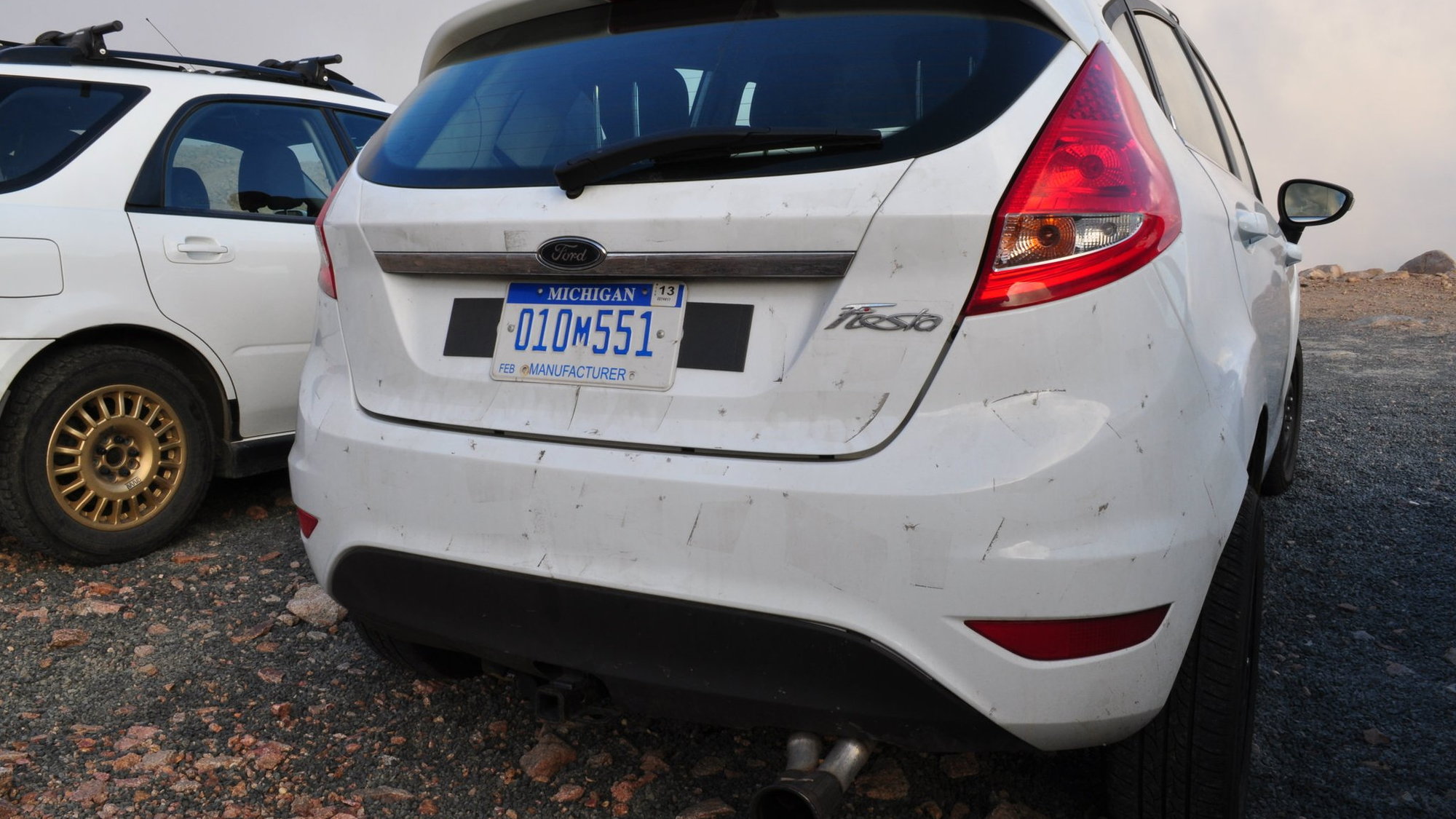 13
photos
As we eagerly await the Ford Fiesta ST, packing its pint-sized engine bay with a 180-horsepower turbocharged EcoBoost four-cylinder (though we may never see it in the U.S.), a reader has sent us these images of a high-riding Fiesta crossover sporting definite EcoBoost cues.

We've spied both the Fiesta ST and the Fiesta crossover before, but there has been no talk nor even hints at a turbocharged version of the crossover--until now. Looking through the window, one of the interior shots shows what appear to be boost gauges mounted on the driver's A-pillar. Could Ford be working on a MINI Countryman fighter?

Beyond that very tasty tidbit, we can see from the stickers plastered all over the car that this is a prototype car from Brazil's Tatui Proving Ground in Sao Paulo, though it was spotted in these images testing at high elevations in the Colorado Rocky Mountains.

Also of note is the Ghia badge on the exterior C-pillar, which looks to have been taped over previously. We're not sure at all where that influence might come in, as the bodywork on these prototypes looks to be pretty standard Fiesta.

We may never see this variant of the Fiesta in the U.S., but given its high-riding, turbo-boosted, possible all-wheel drive nature, we can't help but file it in the Forbidden Fruit folder at the least. We'll keep you posted as we learn more about this mystery prototype, but for now, the images should provide ample fodder for speculation.